Accessibility links
Tarantino Says Uma Thurman's Car Stunt Was 'One Of The Biggest Regrets Of My Life' : The Two-Way The famed director responded to a New York Times account in which Thurman alleged that she was pressured by him to drive an unsafe car on a sandy road. 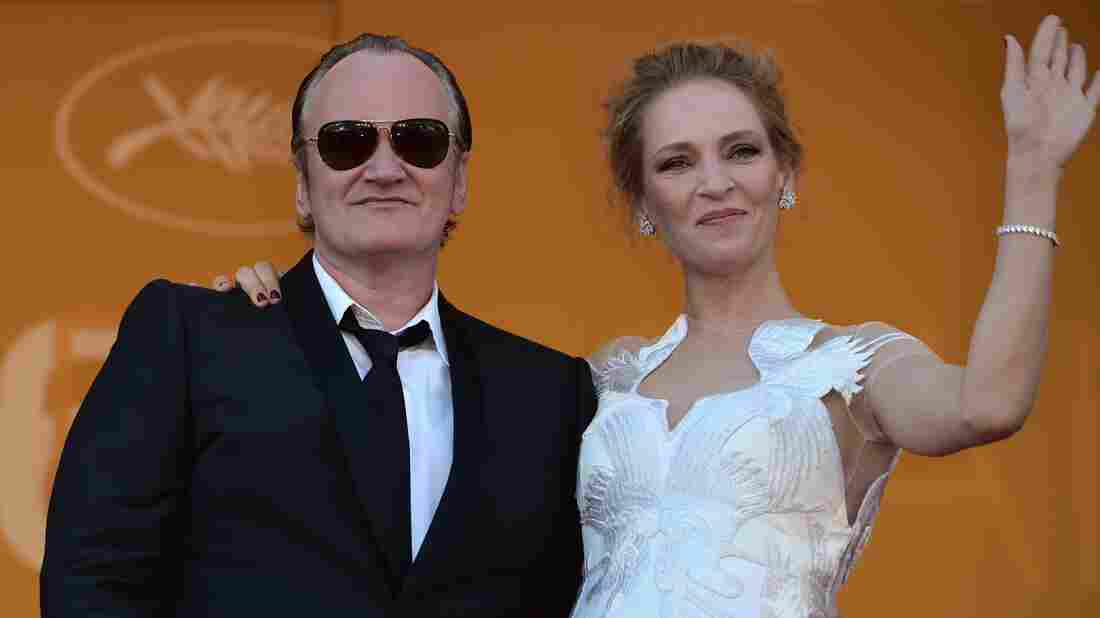 Director Quentin Tarantino and actress Uma Thurman pose at the Cannes Film Festival in 2014. He acknowledges persuading her to do a dangerous driving scene that ended in a crash. Bertrand Langlois/AFP/Getty Images hide caption 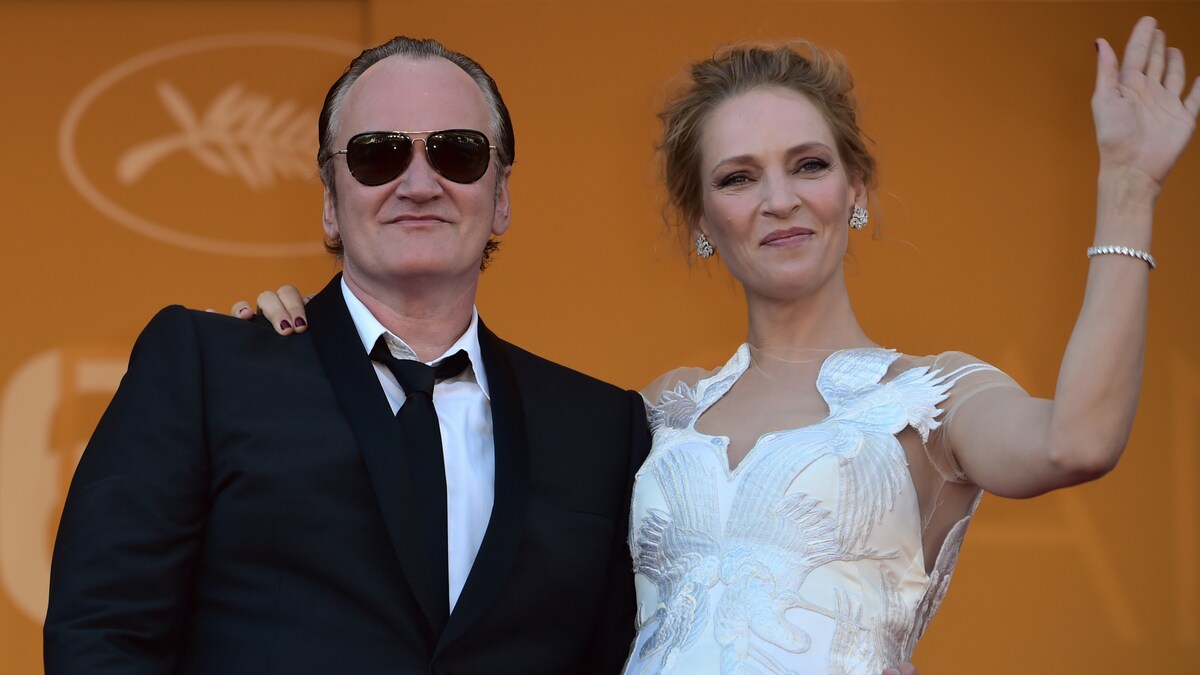 Director Quentin Tarantino and actress Uma Thurman pose at the Cannes Film Festival in 2014. He acknowledges persuading her to do a dangerous driving scene that ended in a crash.

Hollywood director Quentin Tarantino acknowledged that he is responsible for insisting that actress Uma Thurman perform a car stunt that resulted in a crash that nearly killed her 15 years ago.

Thurman's account of the accident, which chilled relations between Thurman and Tarantino for years, was detailed in a New York Times story over the weekend. Much of the article centers on Thurman's allegations that she had been sexually assaulted by movie mogul Harvey Weinstein.

Thurman said the accident happened in Mexico near the end of the shooting of the 2004 release Kill Bill Vol. 2 after she had expressed her reluctance to drive a blue Karmann Ghia down a sandy road. She said she had been warned that the car was not operating correctly after its manual transmission was reconfigured to an automatic. She said she wanted a stunt driver to do the shot.

But Tarantino insisted that she drive the car. Thurman posted footage of the crash on Instagram.

i post this clip to memorialize it’s full exposure in the nyt by Maureen Dowd. the circumstances of this event were negligent to the point of criminality. i do not believe though with malicious intent. Quentin Tarantino, was deeply regretful and remains remorseful about this sorry event, and gave me the footage years later so i could expose it and let it see the light of day, regardless of it most likely being an event for which justice will never be possible. he also did so with full knowledge it could cause him personal harm, and i am proud of him for doing the right thing and for his courage. THE COVER UP after the fact is UNFORGIVABLE. for this i hold Lawrence Bender, E. Bennett Walsh, and the notorious Harvey Weinstein solely responsible. they lied, destroyed evidence, and continue to lie about the permanent harm they caused and then chose to suppress. the cover up did have malicious intent, and shame on these three for all eternity. CAA never sent anyone to Mexico. i hope they look after other clients more respectfully if they in fact want to do the job for which they take money with any decency.

Thurman told the Times that the crash caused permanent damage to her knees and neck.

Tarantino offered his version of the story in an interview with Deadline Hollywood.

Tarantino said that in retrospect, the road he thought was safe actually was not and he faulted himself for not doing a double-check. "That was one of my most horrendous mistakes, that I didn't take the time to run the road, one more time, just to see what I would see," he said.

Instead, believing that the road wasn't a problem, he persuaded Thurman to drive around 30 to 45 mph.

Watching the star of his movie crash was "just horrible," Tarantino said.

Tarantino said he went back over the road later and found "a little mini S-curve" that hadn't been clear to him earlier. He also said he had misjudged how much sand there was in the dirt road.

Tarantino said that "a trust was broken" and that he and Thurman were at odds "for the next two to three years," before coming to terms with what had happened.

"We had a big dinner in the Soho House in New York and there we dealt with all the car stuff, and all the resentments she had toward me. The things she felt I could have done better in protecting her in that movie. And we hashed it all out, put it behind her and we've been fantastic friends ever since."

In the New York Times article, Thurman said that Tarantino atoned for the accident by giving her what she had demanded for years — the film footage of the crash. In her Instagram post, she alleges that the producers of Kill Bill Vol. 2, including Weinstein, tried to suppress the footage.