Accessibility links
Steve Wynn Resigns As Head Of Wynn Resorts Amid Sexual Misconduct Allegations : The Two-Way The accusations against the 76-year-old billionaire who owns casinos in Las Vegas and the Chinese territory of Macau were first published last month by The Wall Street Journal. 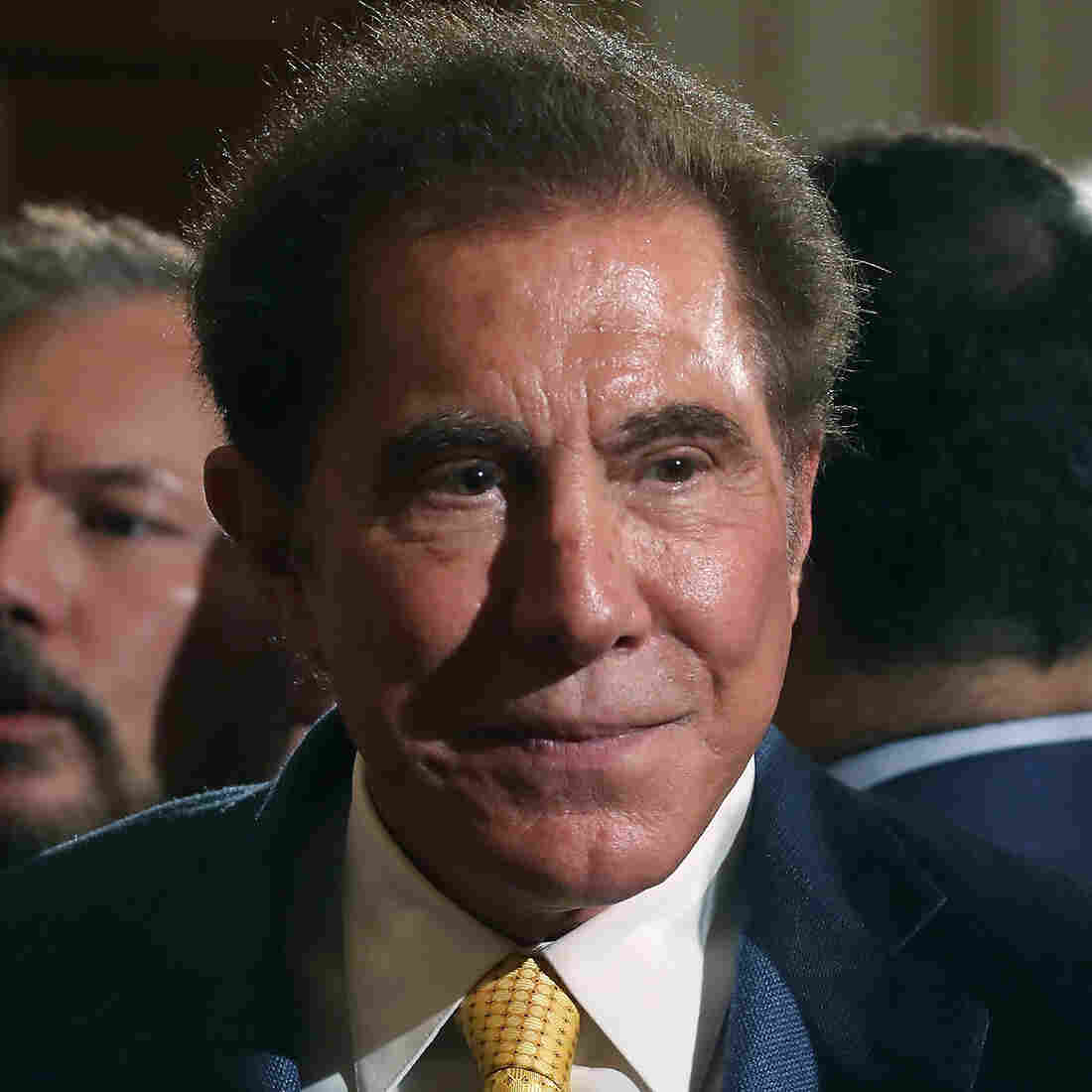 Steve Wynn, CEO of Wynn Resorts, attends a news conference held by President Trump in the East Room of the White House in July. The president was touting a decision by Apple supplier Foxconn to invest $10 billion to build a factory in Wisconsin that produces LCD panels. Mark Wilson/Getty Images hide caption 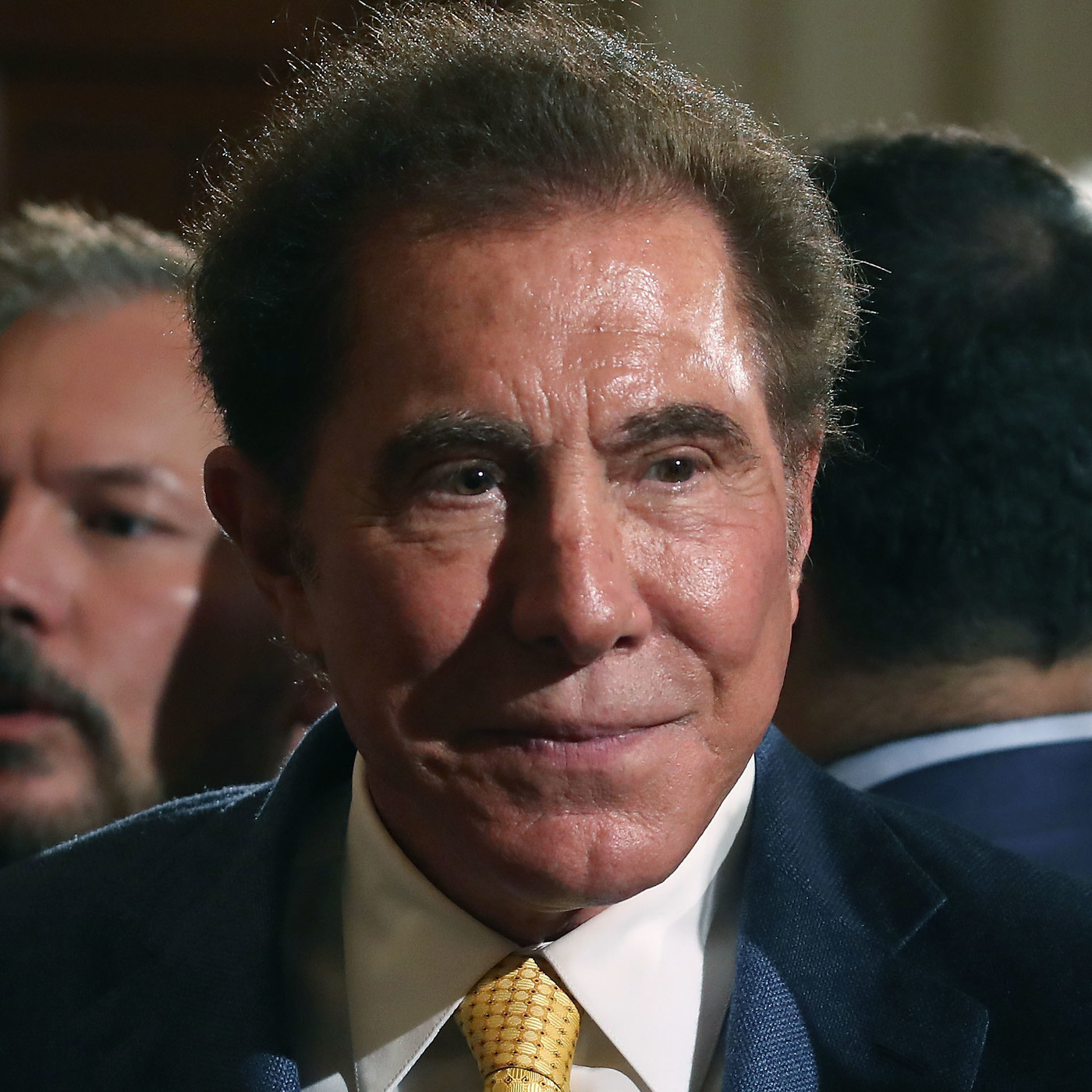 Steve Wynn, CEO of Wynn Resorts, attends a news conference held by President Trump in the East Room of the White House in July. The president was touting a decision by Apple supplier Foxconn to invest $10 billion to build a factory in Wisconsin that produces LCD panels.

Steve Wynn, whose casinos have reshaped skylines as far apart as Las Vegas and Macau, has stepped down as head of Wynn Resorts following accusations of sexual misconduct, that became known last month.

In a statement released by the Las Vegas-based company late Tuesday, Wynn pushed back on the accusations against him, which he alleges are part of a campaign led by his ex-wife.

"In the last couple of weeks, I have found myself the focus of an avalanche of negative publicity," Wynn said.

"As I have reflected upon the environment this has created — one in which a rush to judgment takes precedence over everything else, including the facts — I have reached the conclusion I cannot continue to be effective in my current roles," he said. "Therefore, effective immediately, I have decided to step down as CEO and Chairman of the Board of Wynn Resorts, a company I founded and that I love."

The allegations against Wynn, 76, which he has strongly denied, were outlined last month in a Wall Street Journal article. They include dozens from current and former employees that, if true, would appear to outline a pattern of misconduct that stretches back decades. In one case, Wynn reportedly paid a $7.5 million settlement to a woman who said she had been pressured to have sex with the casino magnate.

Shortly after the Journal story was published, Wynn – who has emerged as a key ally of President Trump despite a long-running business rivalry between the two — stepped down as finance chairman for the Republican National Committee.

The Associated Press writes: "Wynn now faces investigations by gambling regulators in Nevada and Massachusetts, where the company is building a roughly $2.4 billion casino just outside Boston."

Construction on that project, Wynn Boston Harbor, is well underway and the hotel tower should reach its full height in a few weeks, The Boston Globe reports.

"The Commission and [Massachusetts Gaming Commission] staff will now need to assess the overall impact and implications of this significant development, and the [commission's enforcement arm] will maintain its focus on the ongoing investigation," the commission said in a statement Tuesday night.

Meanwhile, regulators in Macau — the Chinese territory that is the world's most lucrative gambling market, and where Wynn Resorts runs several casinos — have also asked for information on the allegations, the Globe reports.

According to the AP, "... ahead of the announcement, shares of Wynn Resorts' China arm, Wynn Macau Ltd., were suspended from trading on the Hong Kong stock exchange on Wednesday morning in Asia."

Wynn is one of a number of high-profile men who have had sexual misconduct and abuse accusations leveled against them in industries ranging from entertainment and media to politics and philanthropy in the wake of allegations against movie producer Harvey Weinstein that first surfaced in October. NPR is among the multiple companies and organizations that have been affected by such charges.