Accessibility links
Pence Hints At 'Toughest' Economic Sanctions Yet Against North Korea : The Two-Way The vice president made the remarks on a visit to Japan before heading to South Korea to attend the opening ceremony of the Winter Olympics in Pyeongchang.

Pence Hints At 'Toughest' Economic Sanctions Yet Against North Korea

Pence Hints At 'Toughest' Economic Sanctions Yet Against North Korea 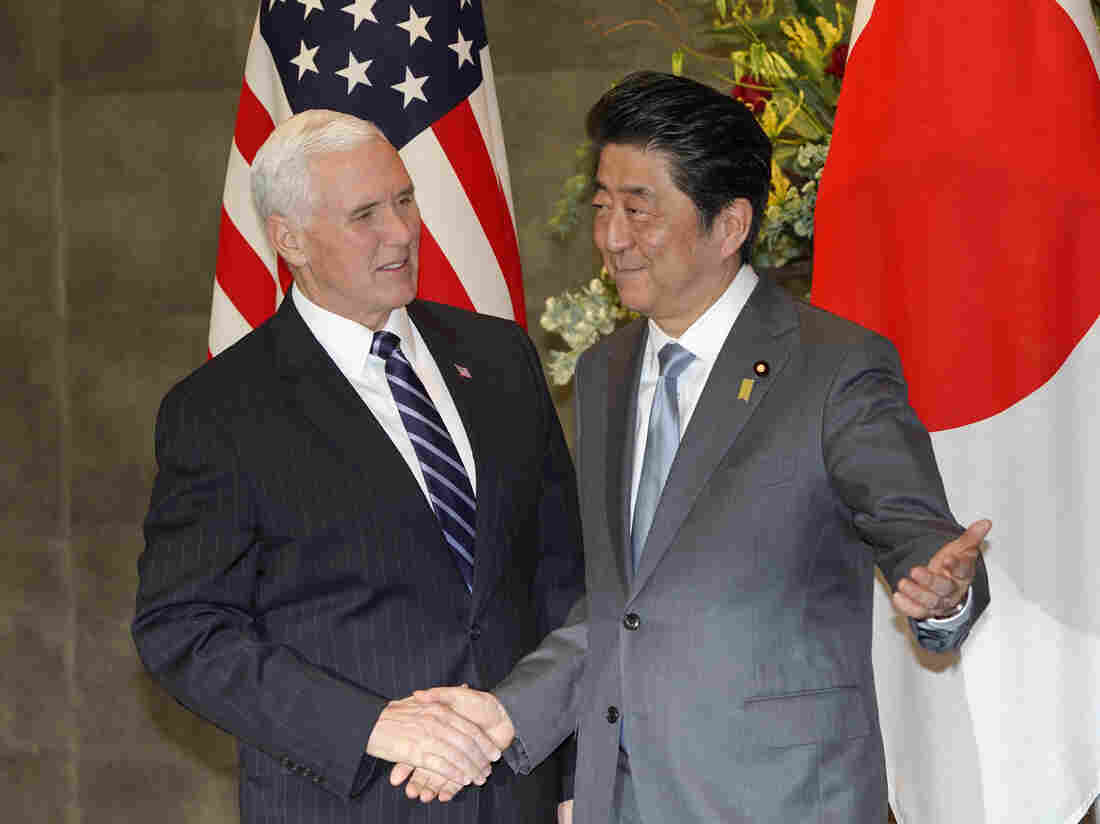 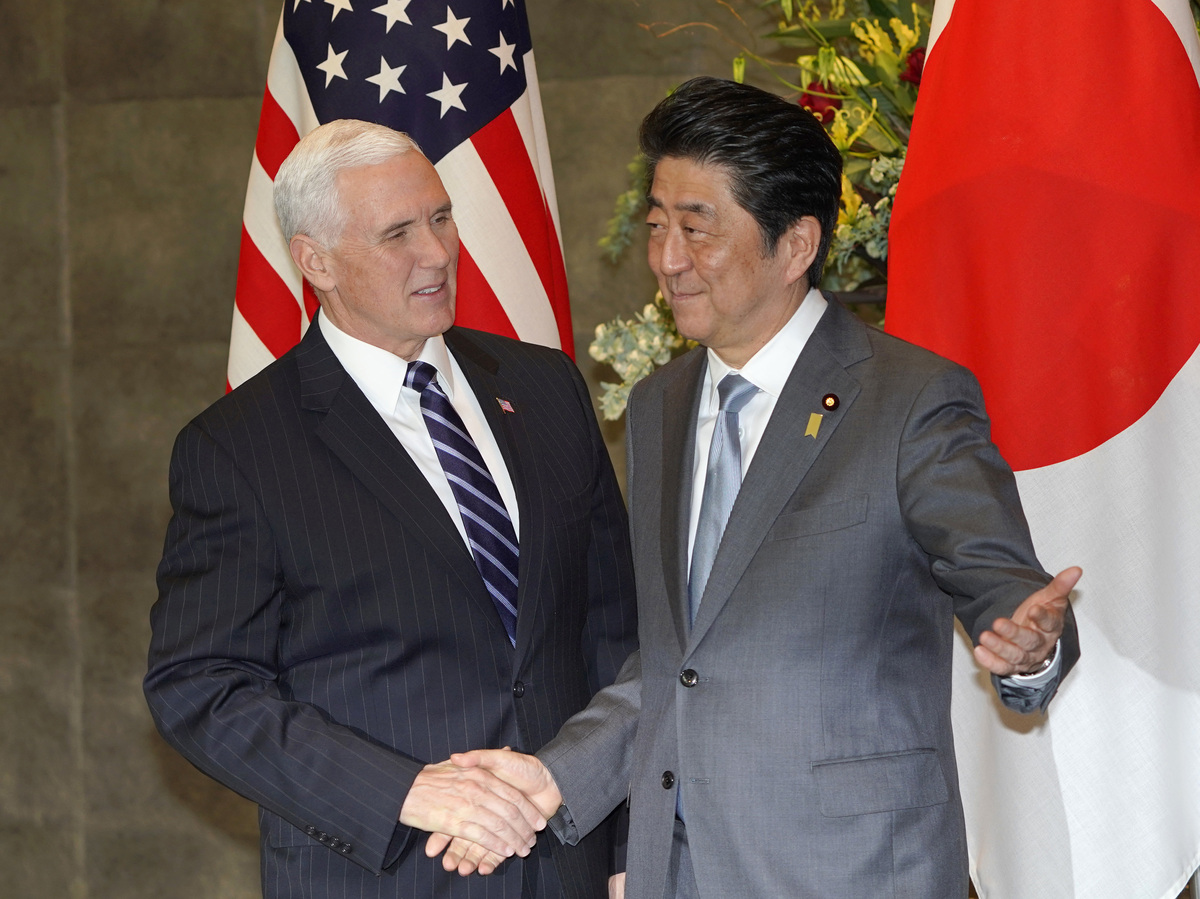 Vice President Pence is greeted by Japanese Prime Minister Shinzo Abe prior to a meeting at Abe's official residence in Tokyo on Wednesday.

Vice President Pence, who will lead the U.S. delegation at the opening ceremony of the Winter Olympics in Pyeongchang on Friday, says he is prepared to announce the "toughest" economic sanctions yet on North Korea.

At the start of a six-day visit to Japan and South Korea, the vice president said the U.S. "will soon unveil the toughest and most aggressive round of economic sanctions on North Korea ever — and we will continue to isolate North Korea until it abandons its nuclear and ballistic missile programs once and for all."

However, on a stop in Alaska en route to Japan, Pence left open the possibility of a face-to-face with senior North Korean officials who are also attending Friday's ceremony in South Korea.

U.S. officials have declined to elaborate on the sanctions Pence mentioned, saying any further information could help countries that might try to get around the measures — an apparent oblique reference to Chinese vessels that have been caught on satellite trading oil with North Korean ships in violation of United Nations sanctions.

In Japan, the vice president met with Japan's Prime Minister Shinzo Abe and Defense Minister Itsunori Onodera and got a close-up look at the PAC-3 Patriot battery designed as a last line of defense against North Korean ballistic missiles.

Pyeongchang's opening ceremonies will be attended by North Korea's ceremonial leader, Kim Yong Nam, as well as Kim Yo Jong, the influential sister of leader Kim Jong Un, according to NPR's Elise Hu, who is reporting from Tokyo.

The likelihood of an actual meeting between Pence and North Korean officials seems remote, though the vice president is not ruling it out.

Peter Landers, the Tokyo Bureau chief of The Wall Street Journal, tells NPR's Morning Edition "it's hard to imagine that is something that the U.S. would aggressively pursue" at Pyeongchang.

The Associated Press writes: "As his personal guest to the opening games, Pence invited Fred Warmbier, the father of Otto Warmbier, an American who died last year days after his release from captivity in North Korea.

"Pence is expected to make other symbolic moves on the trip to keep attention on North Korea, including a Friday morning meeting with defectors from the North."

Landers tells NPR that the presence of Warmbier "could actually pour cold water on any suggestion that Vice President Pence would have any meetings with officials from the North Korean regime."