Accessibility links
On Rob Porter Abuse Allegations, White House Says It 'Could Have Done Better' : The Two-Way Rob Porter worked as the White House staff secretary and helped control the flow of information reaching the president. Two ex-wives say he was physically abusive. 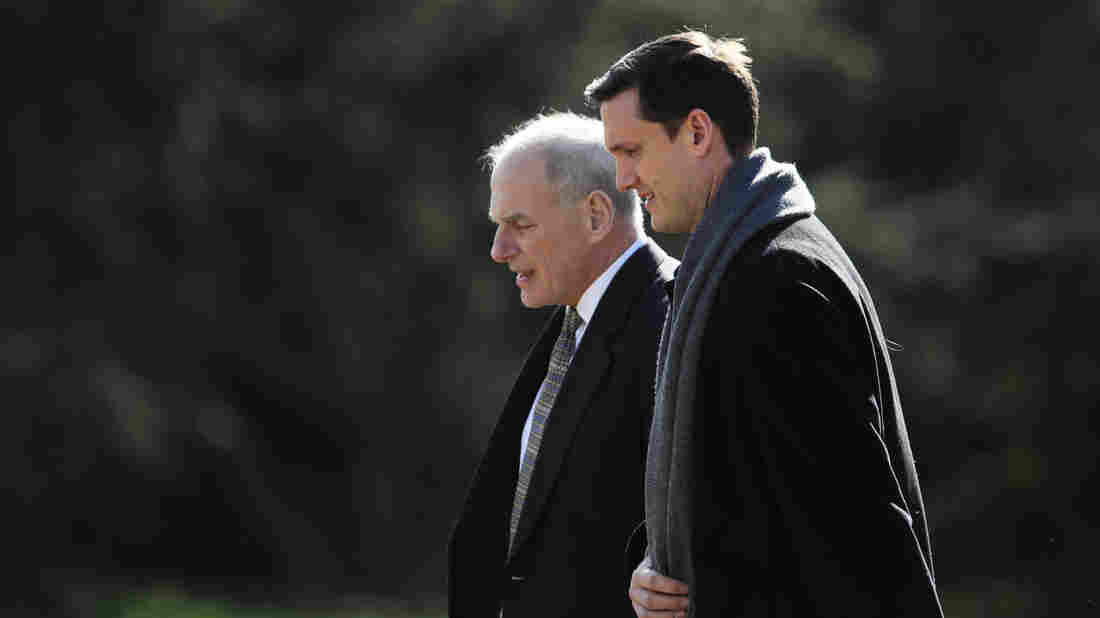 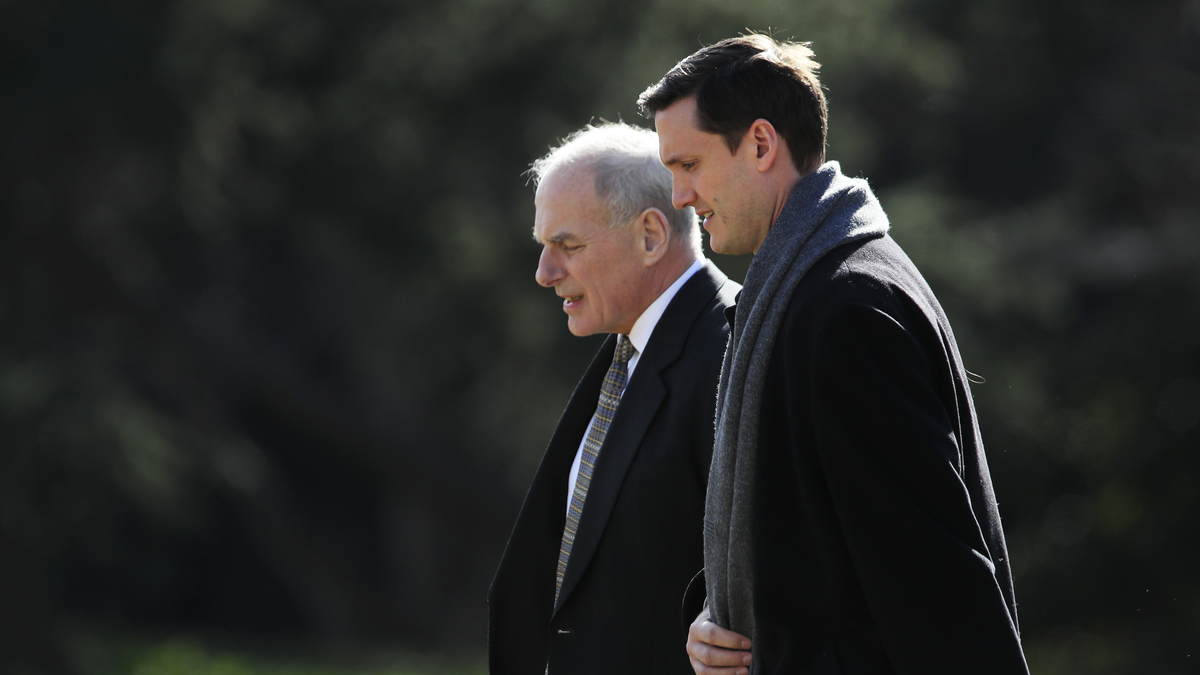 The White House says it "could have done better" in its handling of allegations of domestic abuse against former staff secretary Rob Porter.

Principal deputy press secretary Raj Shah on Thursday called the allegations "troubling" and insisted White House officials took them seriously while suggesting that any missteps in their response were because the "emerging reports were not reflective of the individual who we had come to know."

Porter resigned Wednesday amid accusations from two ex-wives of physical abuse, with one telling news outlets of incidents years ago in which Porter punched her in the face and choked her. Another spoke of emotional abuse and of Porter grabbing her and pulling her from the shower.

Porter denies the allegations, but after photos were published on Wednesday showing his first wife with a black eye, he resigned.

At the White House briefing Wednesday, press secretary Sarah Huckabee Sanders announced Porter's departure but went on to praise him, saying, "The president and chief of staff have had full confidence and trust in his abilities and performance." Sanders said Porter would stay on for a period of time to ensure a smooth transition.

By Wednesday night, however, White House chief of staff John Kelly had issued a new statement, saying he was "shocked by the new allegations" against Porter and that "there is no place for domestic violence in our society." Kelly also said he stood by his previous comments praising Porter and that "every individual deserves the right to defend their reputation."

Kelly's statement came after several news outlets reported the chief of staff had known about the allegations against Porter for some time and sought to keep him in his job anyway.

On Thursday, the deputy press secretary pushed back against those charges, saying Kelly was not "fully aware" of the allegations against Porter until the graphic photos surfaced on Wednesday.

Shah also sought to address news reports that Porter's ex-wives had told the FBI about the alleged abuse months ago as part of a background check on Porter that was being conducted so that he could obtain a security clearance.

Shah said that the background check was still in progress at the time of Porter's resignation on Wednesday. He said Porter had been given an "interim clearance" in the meantime, which allowed him to review classified material.

President Trump was not aware of Porter's security clearance status, Shah said, and didn't find out about the allegations against Porter until Tuesday evening. He described Trump as being "surprised," "disheartened" and "saddened" by the allegations.

As staff secretary, Porter was largely responsible for controlling the flow of information to the president. He worked with Kelly on "trying to impose order" in a White House known for feuding staff and disorganization. Beginning after Kelly assumed his chief of staff role over the summer, he directed that all documents that Trump would see should be vetted by both him and Porter.

Porter said photos from 2005 of his first wife, Colbie Holderness, with an apparent black eye had a "reality behind them [that] is nowhere close to what is being described."

"I've been transparent and truthful about these vile claims, but I will not further engage publicly with a coordinated smear campaign," he added.

Outlets including CNN and The Washington Post published the images provided by Holderness on Wednesday. Holderness told the Post, "He threw me down and punched me in the face" during a trip to Italy in 2005.

CNN reported that following their 2003 marriage, Holderness said Porter quickly began to be abusive: "She said that Porter's repeated physically abusive behavior also included throwing her on the bed and forcefully pushing one of his limbs into her body in anger and choking her."

Porter's second ex-wife, Jennifer Willoughby, told CNN that on the honeymoon after their 2009 wedding, "He started calling me names, calling me a 'f***ing bitch,' how I behaved was 'f***ing ridiculous' and most of that was instigated around my not having sex with him often enough on our honeymoon."

Willoughby took out a temporary protective order in 2010, which according to the Post said that "reasonable grounds exist to believe that [Porter] has committed family abuse and there is probable danger of a further such offense."