Accessibility links
Eagles Parade: Philly Celebrates Its Super Bowl Win As Only Philly Can : The Two-Way The line at the Wawa near the Rocky steps stretched around the block by 6 a.m.

Eagles Parade: Philly Celebrates Its Super Bowl Win As Only Philly Can

Eagles Parade: Philly Celebrates Its Super Bowl Win As Only Philly Can 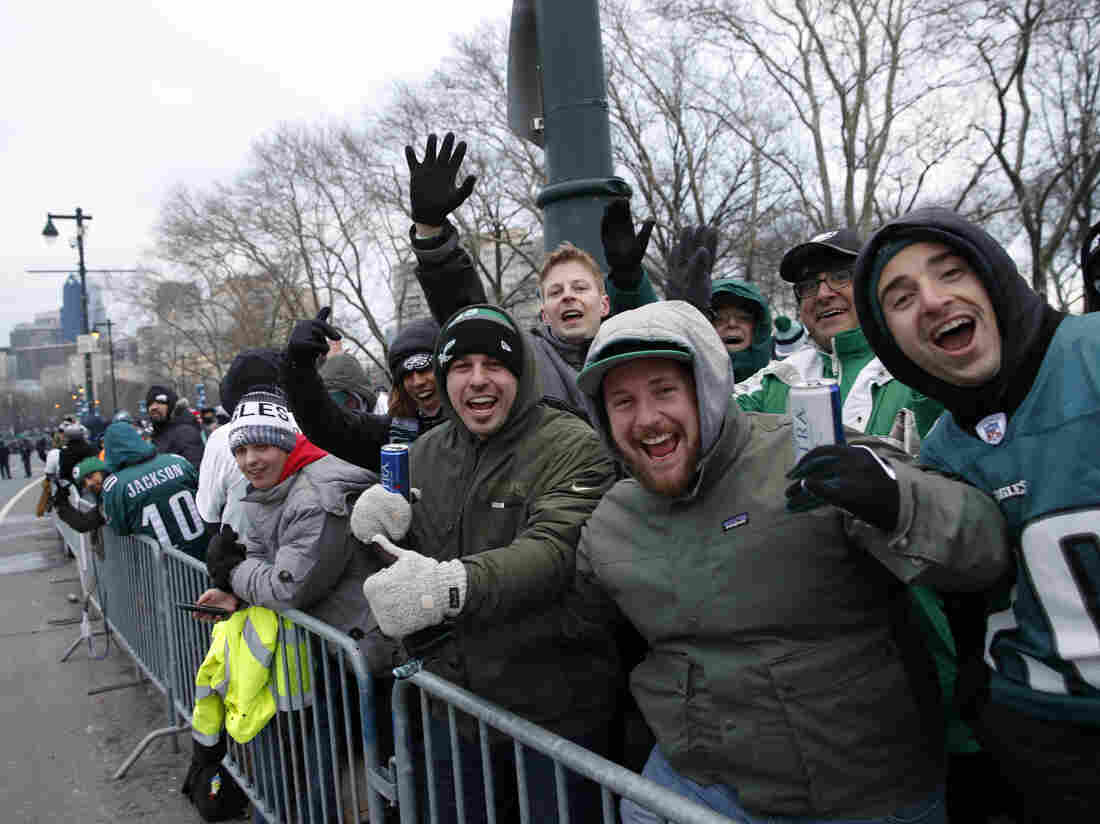 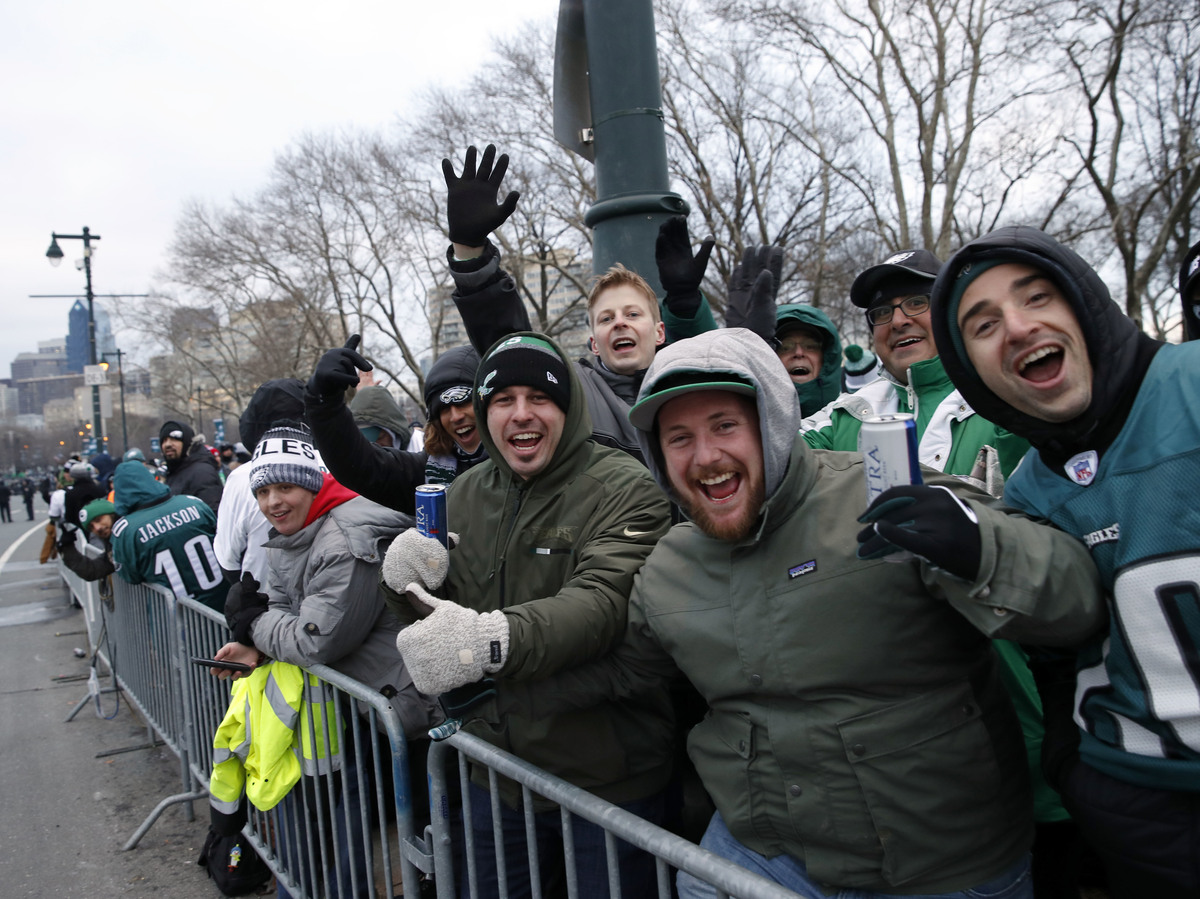 Fans line Benjamin Franklin Parkway before the Super Bowl victory parade for the Philadelphia Eagles on Thursday in Philadelphia.

The Philadelphia Eagles won their first Super Bowl just four days ago, and there was plenty of celebrating on Sunday night. But Thursday morning brought the main event: The Eagles Parade.

Fans began thronging the parade route at dawn. The line at the Wawa convenience store near the Philadelphia Museum of Art stretched around the block by 6 a.m., the Inquirer reports. The parade ends at the museum, famous for the steps that Rocky climbed in the greatest training montage of all time.

"It's the best day of my life," an 11-year-old named Sonny told the newspaper. "I can't wait to see all of the players."

"We were wondering if we would ever see the Eagles win a Super Bowl in our lifetimes, and we may not ever see another one," John Thompson, 56, told The Associated Press. "That's why we're here today."

Fans aren't the only ones decked out in their finery. Eagles offensive lineman Jason Kelce is dressed as a mummer.

Some people even brought urns to scatter the ashes of loved ones.

doesn't get realer than scattering your grandfather's ashes at the Eagles Super Bowl parade.

said they flew up from Tampa. pic.twitter.com/HPygzJahmD

Mayor Jim Kenney had a simple request for Philadelphians.

"Now remember - act responsibly, don't ruin this for the fans who have waited decades for what will be a historic day as the Eagles finally parade up Broad Street," he said, according to the AP. "We are, after all, the city of brotherly love and sisterly affection."

#Flyeaglesfly this is going to be the best day of all time pic.twitter.com/fw30XzGpOy