Accessibility links
Seattle Moves To Dismiss Marijuana Misdemeanors : The Two-Way Mayor Jenny Durkan says getting the criminal convictions wiped from personal records is "a necessary step to right the wrongs of what was a failed 'War on Drugs.'" 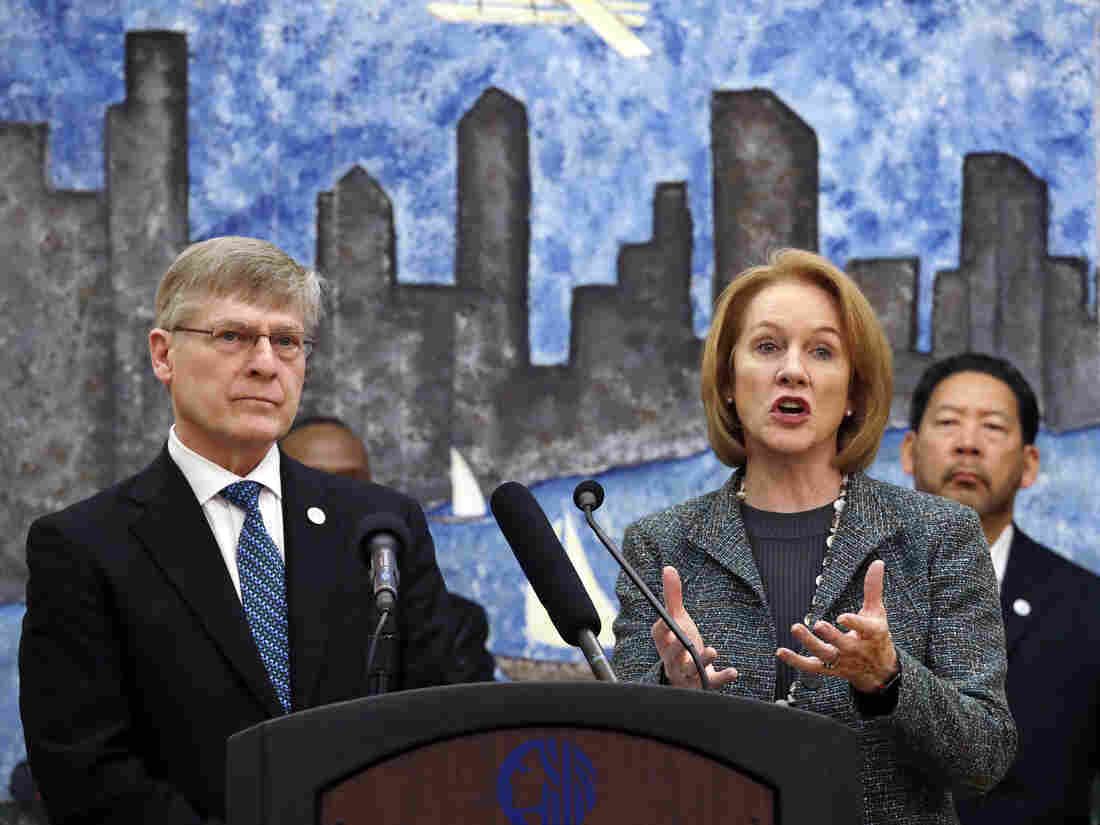 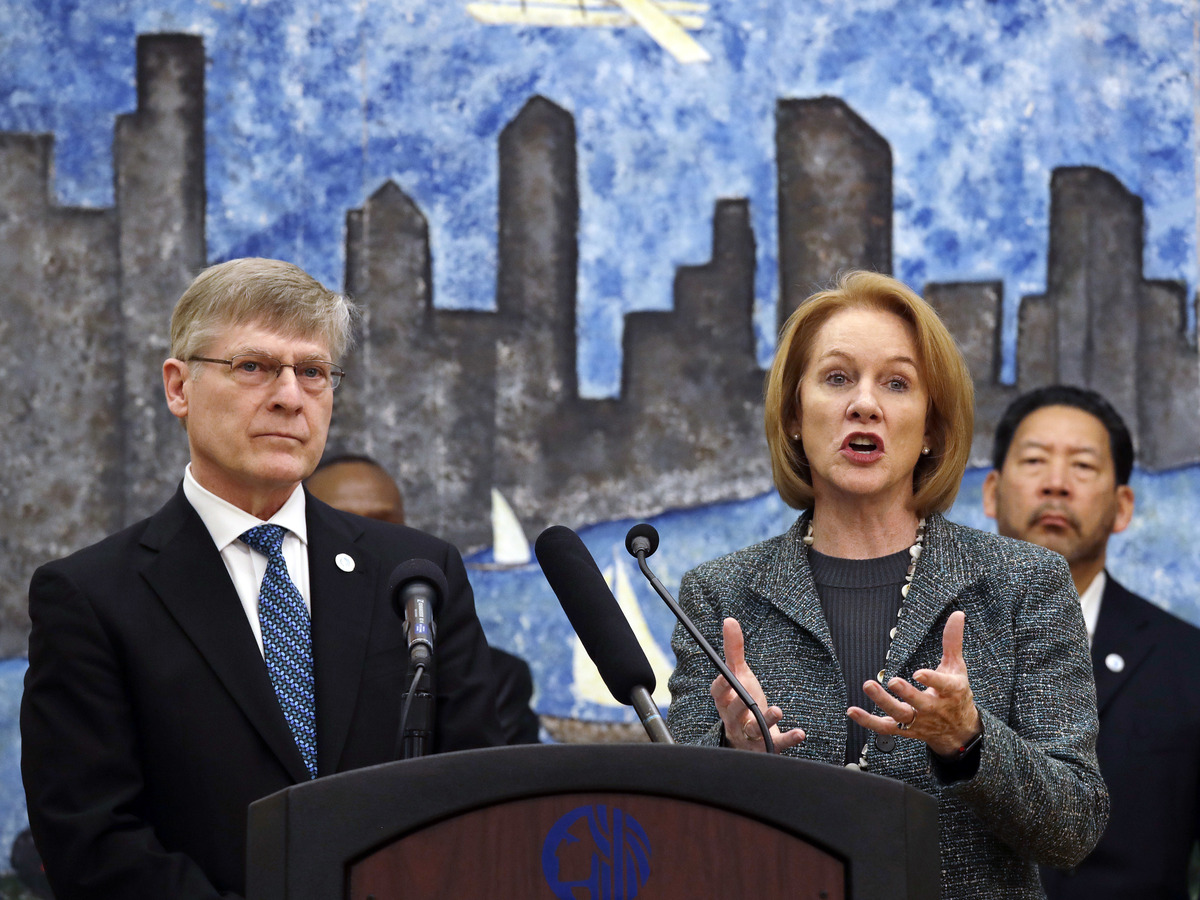 Seattle's mayor and city attorney announced plans to ask the courts to vacate all misdemeanor marijuana possession convictions that were prosecuted before it was legalized in Washington state in 2012 — a move that could affect the records of hundreds of people.

For years, pot convictions have had painful implications on the everyday lives of Washington's most vulnerable populations, Mayor Jenny Durkan said in a press conference Thursday.

"It could be a barrier to housing, to getting credit, to getting good jobs and an education," she said.

Once the misdemeanor charges are vacated or dismissed, she added, those seeking employment, applying to school, or trying to rent an apartment, "can check they do not have a conviction after this is done."

Durkan and City Attorney Pete Holmes estimate more than 500 criminal convictions will be erased from court records. Most represent cases prosecuted between 1997 through 2009, which accounts for the period when pot misdemeanor cases were prosecuted in Seattle's municipal court. Prior to 1997 they were tried in county court, over which city officials have no jurisdiction.

The final decision to undo the convictions is up to the courts, according to Holmes. "However," he said, "this is an instance where the prosecutor is bringing the motion to vacate and dismiss and those instances there is very little discretion on the part of the judge."

Individuals won't have to ask for their conviction to be vacated. The courts will consider each conviction automatically.

Durkan began her career as a prosecutor working in Seattle's Municipal Court system and says she saw firsthand the effects of the war on drugs. And this, she says, "is really a necessary step to right the wrongs" of what she called a failed war which disproportionately affected poor communities of color across the country.

This is not the first time the city is throwing out marijuana cases. Shortly after his election in 2010, Holmes dismissed all marijuana-possession cases and said his office would no longer prosecute such offenses, The Seattle Times reported.

Last week, prosecutors in San Francisco threw out thousands of marijuana-related convictions of residents dating back to 1975.

As NPR reported, District Attorney George Gascón said his office will dismiss and seal 3,038 misdemeanor convictions dating back before the state's legalization of marijuana went into effect, with no action necessary from those who were convicted.

Prosecutors will also review nearly 5,000 felony convictions and consider reducing them to misdemeanors.

The National Conference of State Legislatures counts nine states and Washington, D.C., as having legalized the recreational use of marijuana — and 29 states and D.C. have laws allowing "comprehensive" legal medical marijuana programs. Additionally, at least nine states also have laws "addressing expungement" of some types of marijuana convictions, the group says.

Durkan said she hoped Seattle's plan will serve as a template for other cities seeking to correct the biases of outdated and punitive drug laws.