Accessibility links
Mattis: 'DREAMers' In The Military Won't Be Deported : The Two-Way Some young immigrants who had been allowed to join the armed forces are still waiting for basic training and feared their legal status would expire before they could serve.

Mattis: 'DREAMers' In The Military Won't Be Deported

Mattis: 'DREAMers' In The Military Won't Be Deported 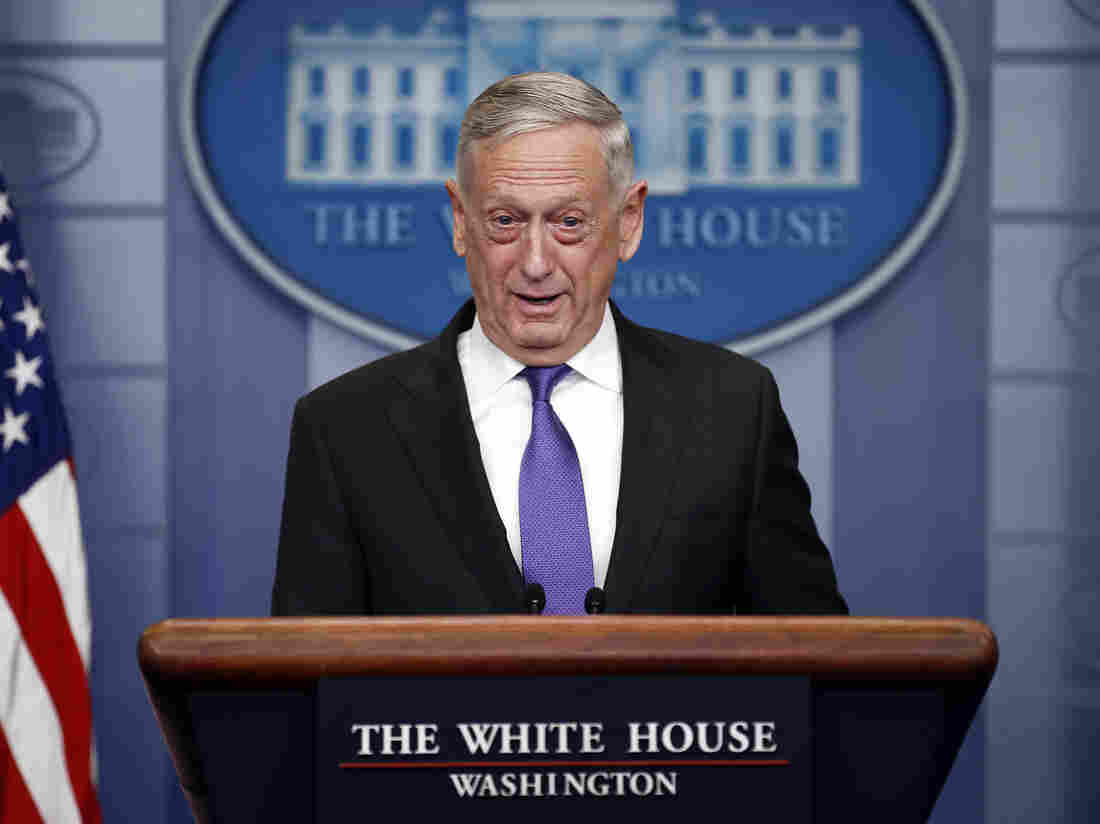 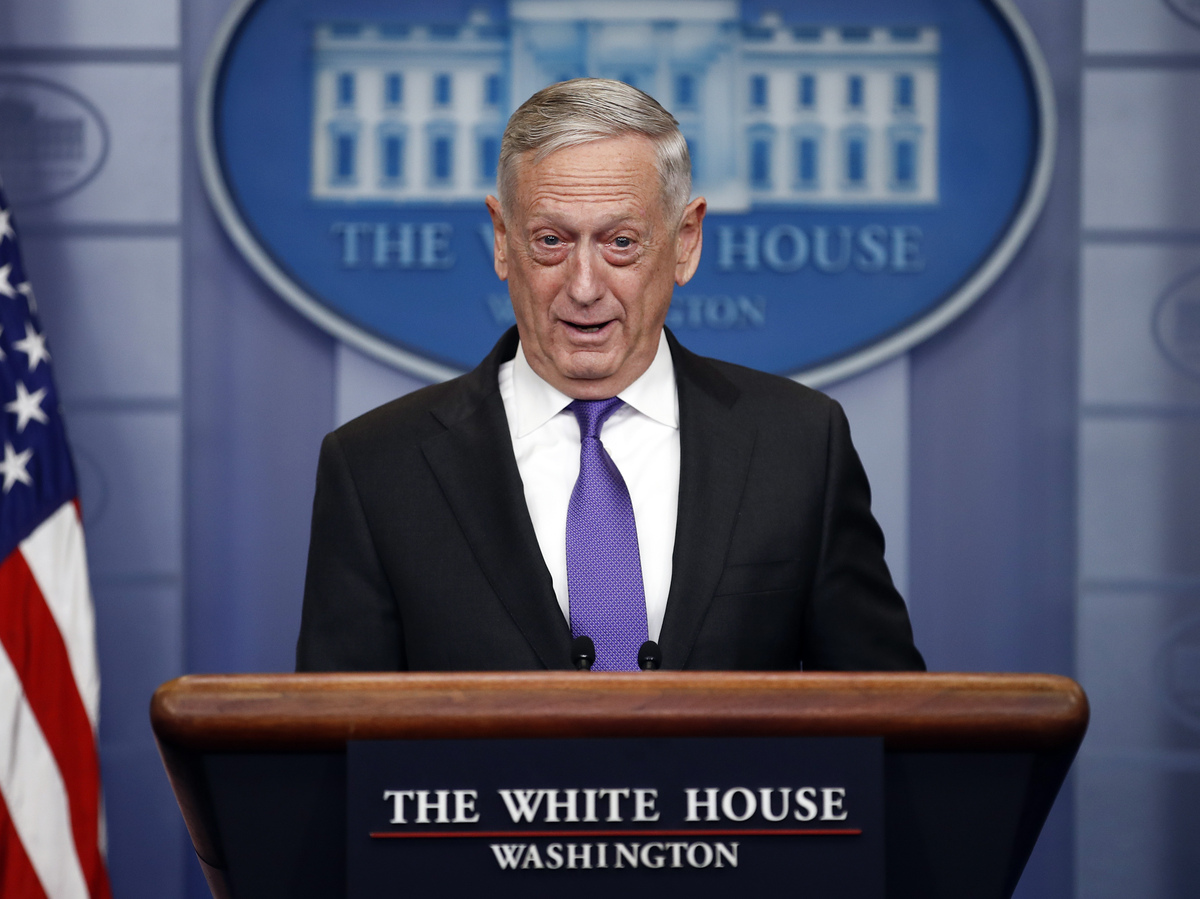 Defense Secretary Jim Mattis pictured speaking at the White House Wednesday. He said Thursday that "DREAMers" in the military won't be deported.

Defense Secretary James Mattis says young immigrants who came to the U.S. as children as children and enlisted in the armed forces will not be deported even if their legal protections expire.

There are about 850 young immigrants who are currently serving in the military or waiting to be shipped to training. They joined the armed forces under a program called Military Accessions to the Vital National Interest, or MAVNI. The program, created in the late stages of the administration of George W. Bush, was designed to recruit noncitizens with specialized medical training or critical language skills, such as Russian or Arabic. The deal they were offered was a fast track to citizenship in exchange for their military service.

The MAVNI program was suspended in 2016 amid security concerns. Now the military careers of thousands of young immigrants are on hold as they are subject to intensive background checks.

Some who joined the MAVNI program while under the Deferred Action for Childhood Arrivals, or DACA, fear that their protections could expire before they get a chance to serve.

But Secretary Mattis told reporters that, consulting with the Secretary of Homeland Security Kirstjen Nielsen, he was assured they will not be deported.

"They will not be subject to any kind of deportation," Mattis told reporters as quoted by the Associated Press. "In terms of the DACA situation ... it's clarified they are not in any kind of jeopardy."

That also applies to any honorably discharged veterans, he said.

However, Mattis said the protection doesn't include someone who commits a serious felony or who has been has ordered deported by a federal judge.

"That would be a judicial action that obviously we obey in the court system. We don't have veto authority over a court," said Mattis as quoted by the Hill.

The announcement comes as the fate of DACA recipients is under discussion in Congress. President Trump rescinded the DACA program and said it would expire by March 5 unless Congress intervenes. But a federal court blocked Trump's decision and the U.S. Citizenship and Immigration Services said it would again accept DACA renewal requests.

"It's a positive development," said Stock in an interview with NPR. "It was the Trump administration that has been threatening to deport all of these folks and I think it's wonderful that they've decided not to deport them."