Accessibility links
Stocks End Tumultuous Week On An Up Note : The Two-Way The Dow rebounded Friday, closing up more than 300 points. But the index lost about 5 percent for the week as the markets focused on inflation and ballooning government debt. 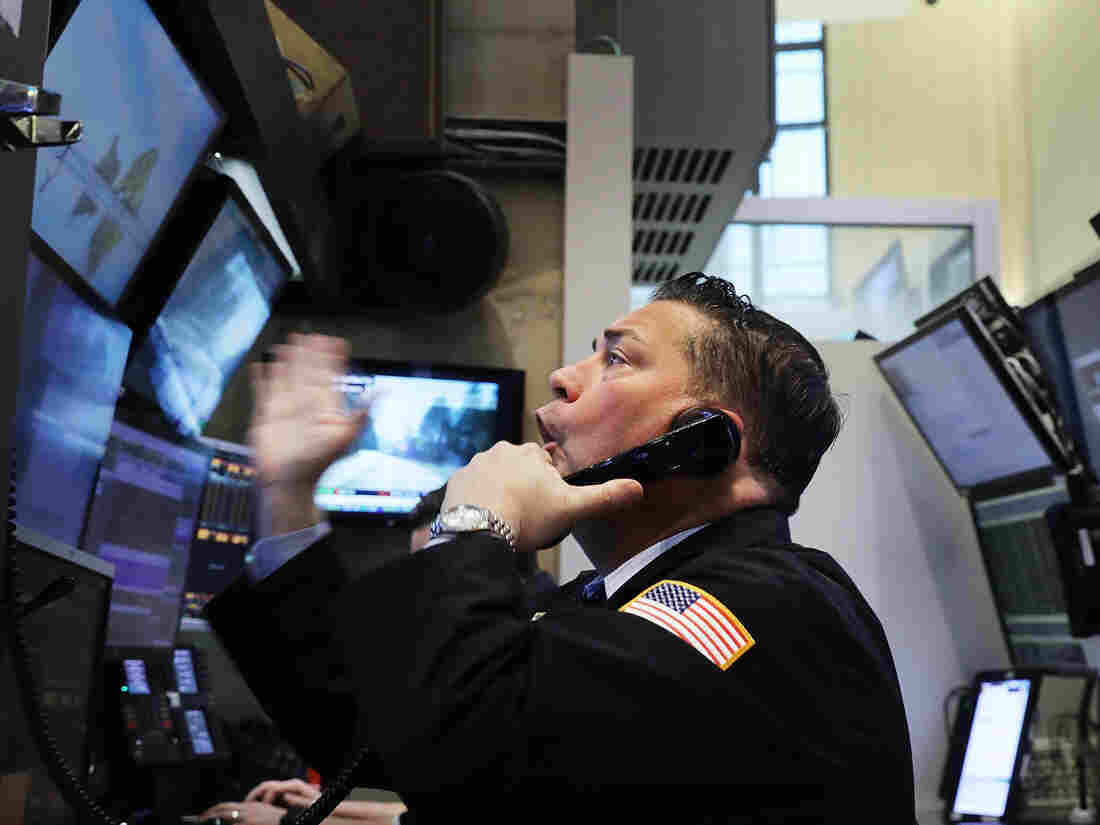 It's been a volatile week on the floor of the New York Stock Exchange, and Friday was no exception. Spencer Platt/Getty Images hide caption 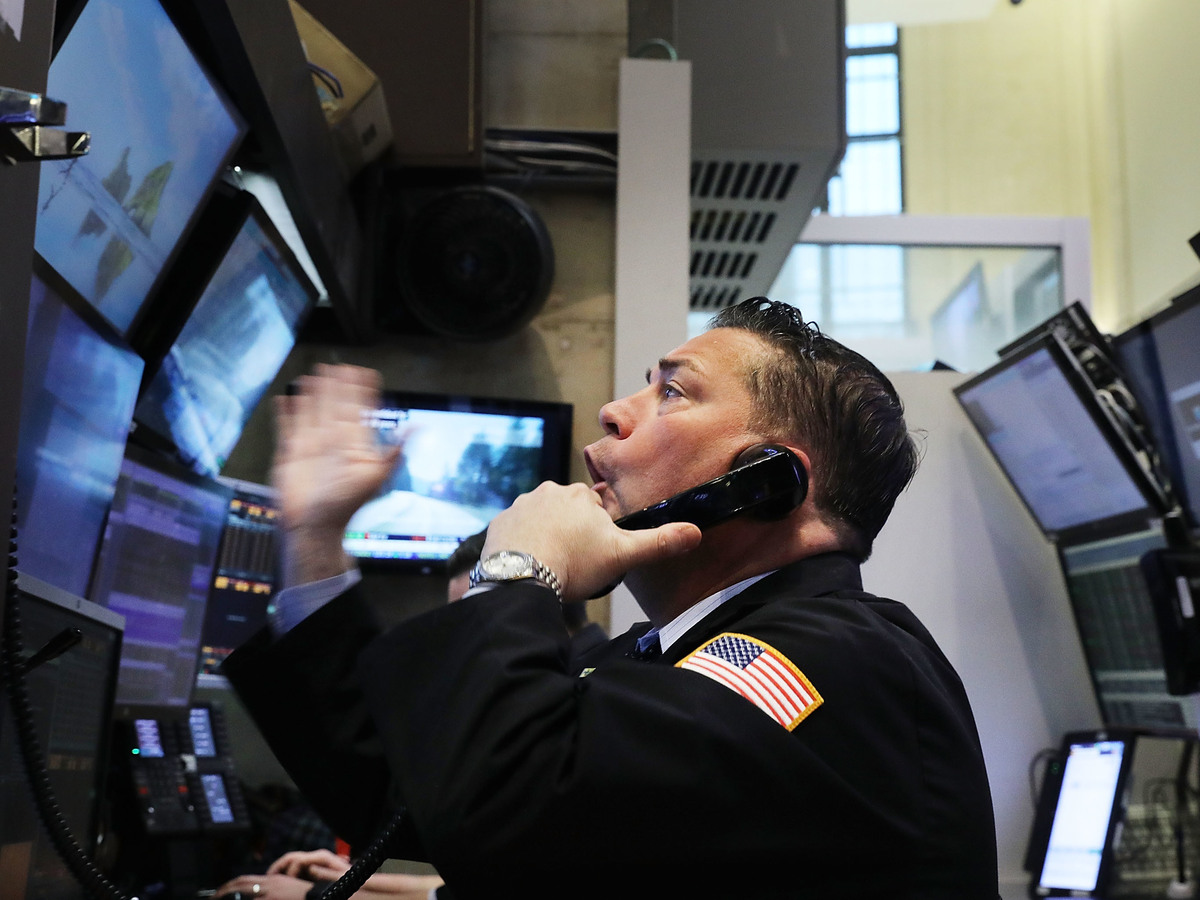 It's been a volatile week on the floor of the New York Stock Exchange, and Friday was no exception.

A day after dropping more than 1,000 points, the Dow rebounded Friday to close up more than 300 points. But the index lost nearly 5 percent for the week as the markets focused on rising interest rates, inflation and ballooning government debt.

A week ago, the stock market began its dive with a 666-point sell-off after the Labor Department reported that wage growth was picking up. Average hourly wages grew 2.9 percent from a year ago — the largest increase since 2009. Yields for 10-year Treasurys hit four-year highs.

That sign of inflation has market participants worried that the Federal Reserve will increase interest rates, perhaps more aggressively than the three rate hikes already expected for this year.

"Interest rates are moving higher," NPR's John Ydstie says. The Fed's key rate was "near zero for years. That helped make stocks the only place you could get a decent return on your investment. Now, they're moving higher and investors are concerned they might move higher faster."

Also driving rates higher is the projected increase in federal debt as a result of the big tax-cutting bill passed in December as well as the two-year spending deal signed by President Trump on Friday.

As rates climb, consumers will end up paying higher interest on their credit cards, mortgages and auto loans.