Accessibility links
Suspected Poacher Eaten By Lions In South Africa : The Two-Way Police say the animals ate much of the man's body and he is yet to be formally identified. They believe he was a poacher because a loaded hunting rifle was found near the remains. 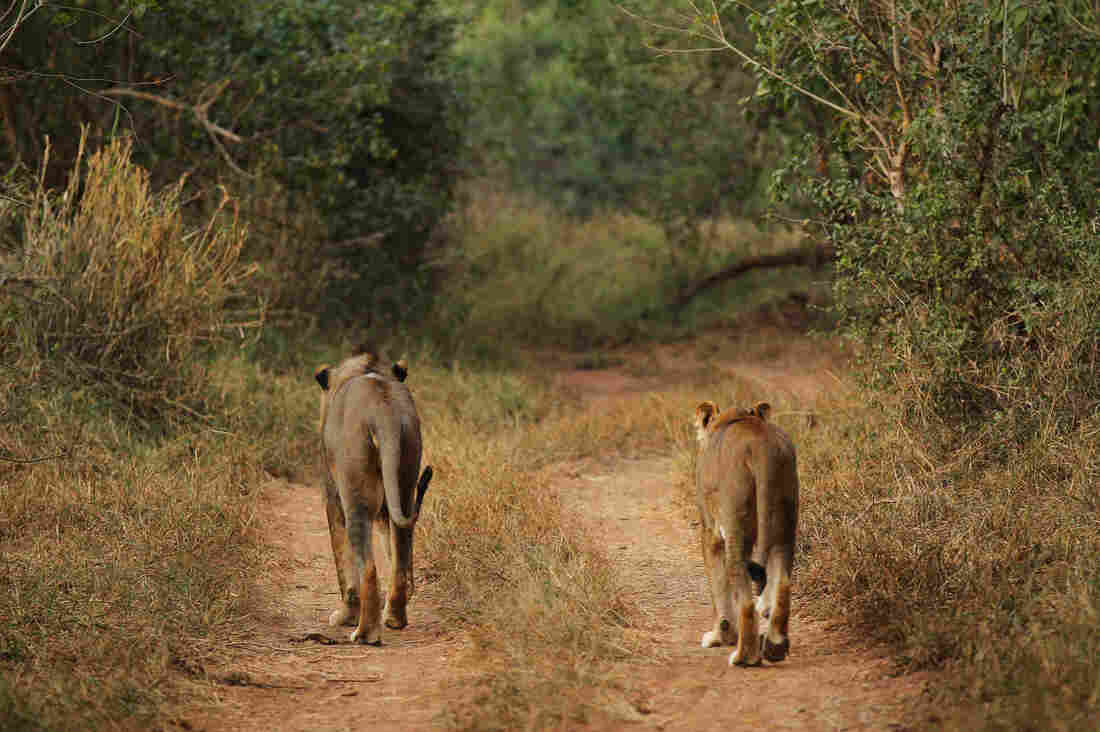 The man was killed near Kruger National Park. Here, a lion and lioness walk along a trail in that park in 2010. Cameron Spencer/Getty Images hide caption 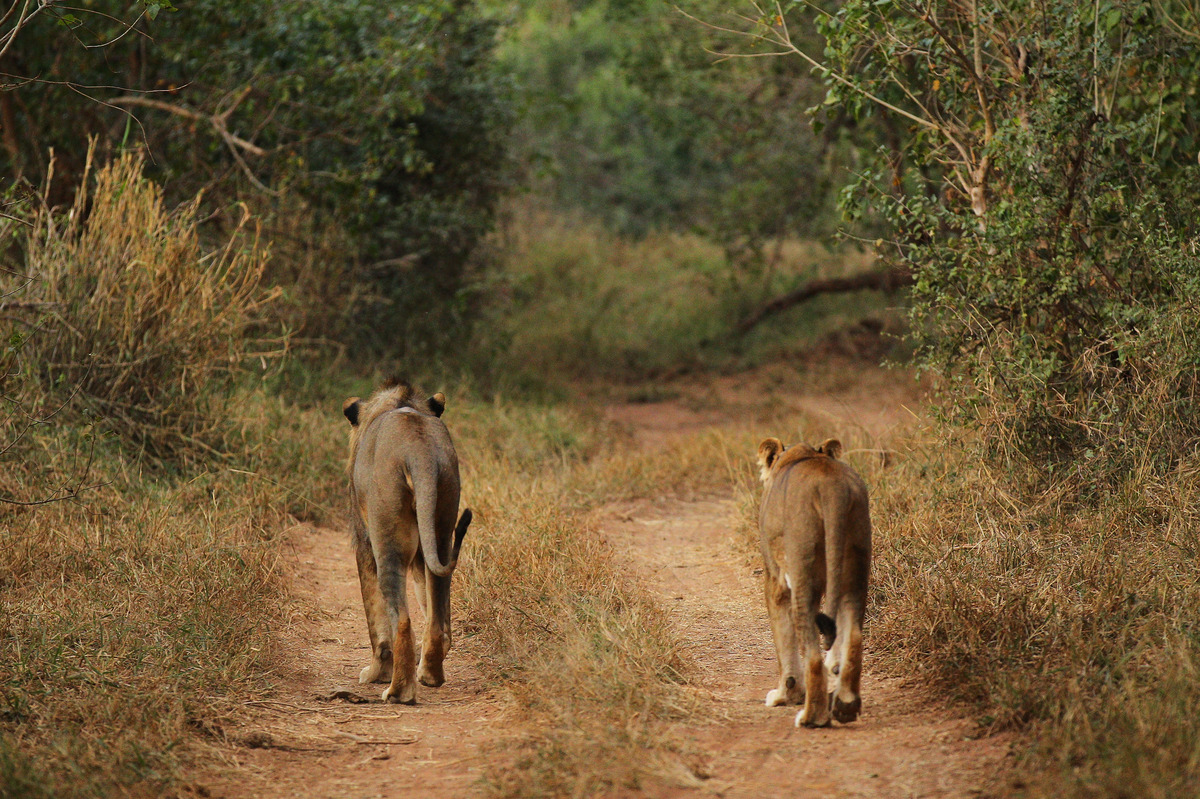 The man was killed near Kruger National Park. Here, a lion and lioness walk along a trail in that park in 2010.

South African police say a suspected poacher was eaten by a pride of lions at a big game park in the province of Limpopo.

The animals "ate his body, nearly all of it, and just left his head and some remains," Limpopo police spokesman Moatshe Ngoepe told AFP. "It seems the victim was poaching in the game park when he was attacked and killed by lions."

A loaded hunting rifle, found near the man's remains, appears to be the main reason police think the individual was a poacher.

Authorities haven't conclusively identified him yet. Ngoepe initially told News24, a local news site, that authorities believed the deceased man was a park employee. That individual was later found alive. Police have opened an investigation and are seeking information about the dead man's identity.

"The process of identifying the deceased has already commenced and it might be made possible by the fact that his head is amongst the remains that were found at the scene," Ngoepe tells the site.

The area of Limpopo has seen a growing number of lion poaching cases in recent years, the BBC reports. "In January 2017, three male lions were found poisoned in Limpopo with their paws and heads cut off."

Lion body parts are "sometimes used in traditional medicine, both within Africa and beyond," according to the broadcaster.