Accessibility links
California Officials Set Up Invasive Swamp Rodent Hotline : The Two-Way Nutria can grow up to 2.5 feet, weigh 20 pounds and wreak destruction wherever they go. State authorities believed they were extinct, but recent sightings have led to a call for the public to help. 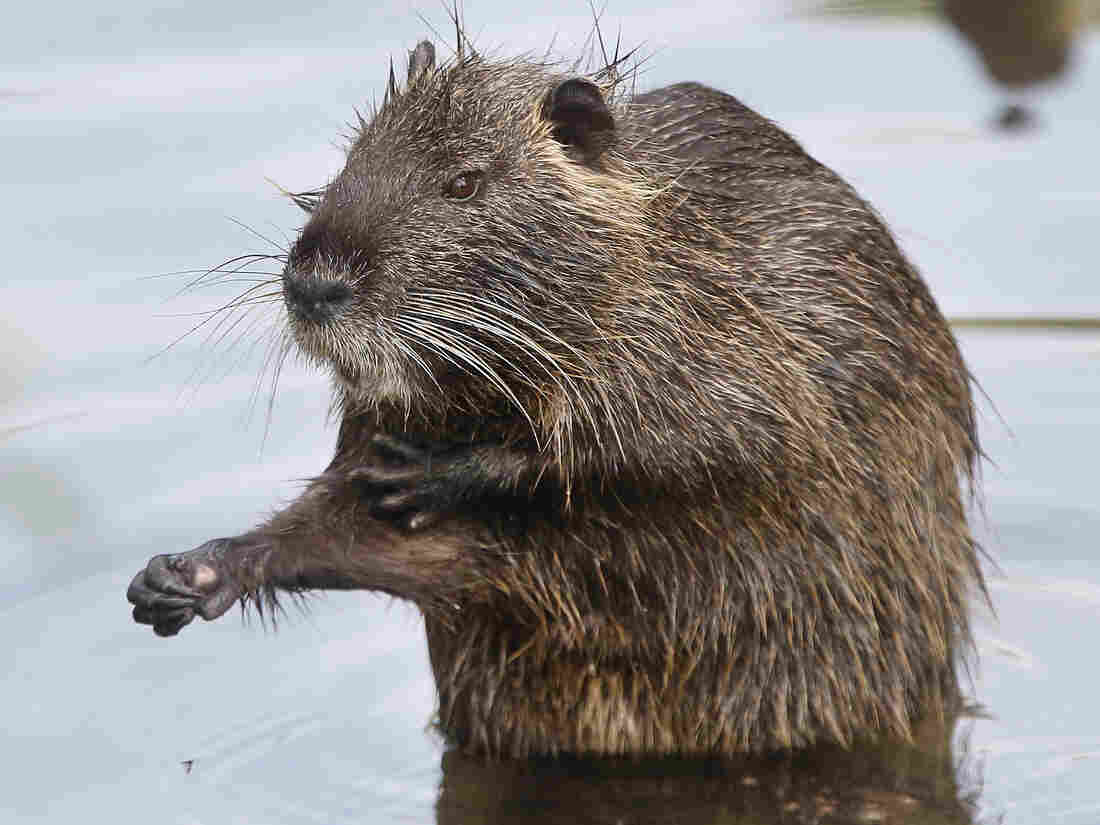 Nutria were believed to have been eradicated in California, but the swamp rodent is back. Wildlife officials want the public's feedback before devising a new plan to get rid of them. Michael Probst/AP hide caption 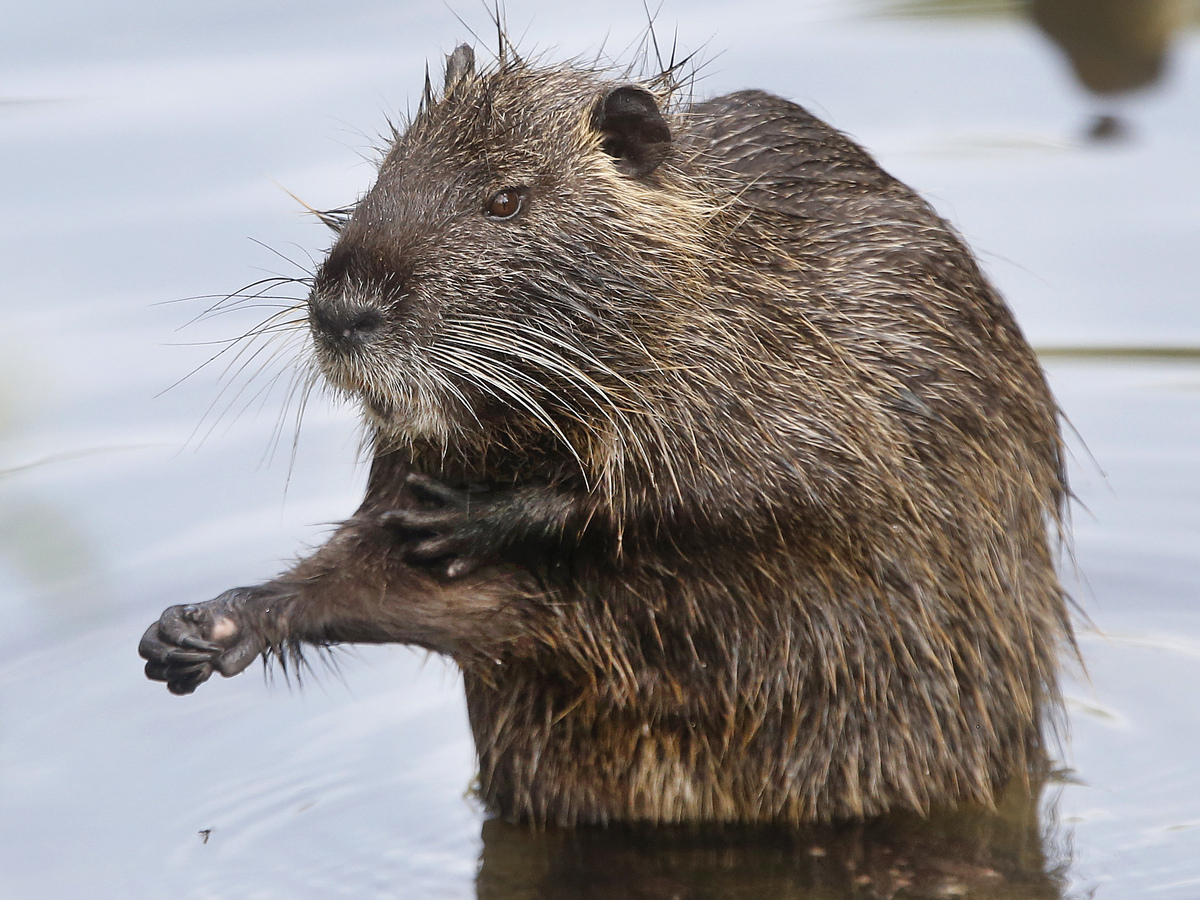 Nutria were believed to have been eradicated in California, but the swamp rodent is back. Wildlife officials want the public's feedback before devising a new plan to get rid of them.

California has a giant rodent problem.

To clarify, it's not that California has a huge problem with run-of-the-mill rats, it's that the state has an emerging problem with jumbo-sized critters.

Nutria, otherwise called Myocastor coypus, were thought to have been eradicated from the state's wetlands and rivers as far back as 1965, but they have mysteriously reappeared in three counties over the past year, California Department of Fish and Wildlife spokesman Peter Tira told NPR.

And now the department is calling on residents to help track the animal to get an accurate count on the size of the latest infestation.

"We have no idea how many there are or how they were reintroduced," Tira said. "We don't know if someone set one loose or if there was an isolated population out there that we didn't know about. But we do know we have to get rid of them."

The invasive animals can grow up to 2.5 feet, not counting a foot-long tail. They weigh up to 20 pounds and wreak exponential havoc on their environment. They destroy wetlands, flood control systems, cause severe soil erosion and damage levees. They also degrade water quality and can contaminate drinking supplies with parasites and diseases transmissible to humans, livestock and pets.

Tira said they're also "big breeders." In fact, the first nutria captured in California in the spring, he said, was a healthy, pregnant female.

When they reach reproductive maturity at six months, they reproduce at an astonishing rate. The wildlife department reports "one female nutria can result in more than 200 offspring, which can disperse as far as 50 miles."

So far, 20 nutria have been found in the state.

They were first brought to the U.S. from South America at the turn of the 20th century for their pelts. The creatures — often mistaken for beavers or muskrats — were farmed and harvested for their mink-like fur. But after the collapse of the fur industry in the 1960s, many were let loose in the wild. Since then, the semi-aquatic rodent has been wreaking destruction and devastation wherever it can survive, which for many years included the Pacific Northwest, Maryland, California and Louisiana.

Is Eco-Conscious Fur An Oxymoron?

"We've given up on complete eradication," Jennifer Manuel, a biologist supervisor with the Louisiana Department of Wildlife and Fisheries, told NPR.

With more than 3 million acres of coastal land, Manuel said eliminating nutria "is just never going to happen." At best, her agency hopes to keep the feral population under control through a series of programs involving multiple agencies.

The department allows anyone with a hunting license to kill up to five nutria per person per day. Those with a commercial license can even earn money for the nutria they harvest. Manuel said her agency pays $5 for each nutria.

"Our position is that it's something that people can legally hunt and trap out in the marsh," Manuel said.

"[Nutria] has a stigma of being like a rat, but it's not closely related to a rat. It's more like rabbit or squirrel in terms of meat," she said, adding that her co-workers will often bring plates of nutria into the office.

"I like the classic rice and gravy recipe," she said.

In California, Tira said it is precisely because nutria are legally classified as an invasive animal that they are illegal to possess, own, transport or eat.

"We don't want anyone to kill these animals," he said.

For now the department is asking anyone who spots a nutria to contact the CDFW with a tip. The department will take it from there.