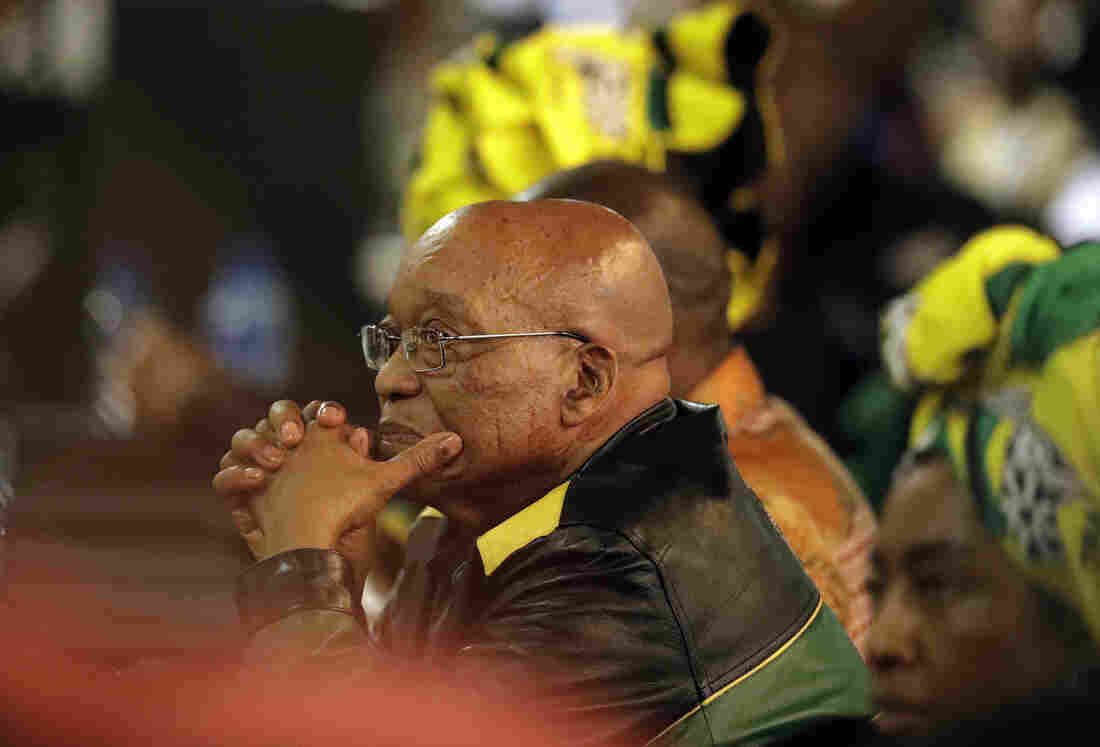 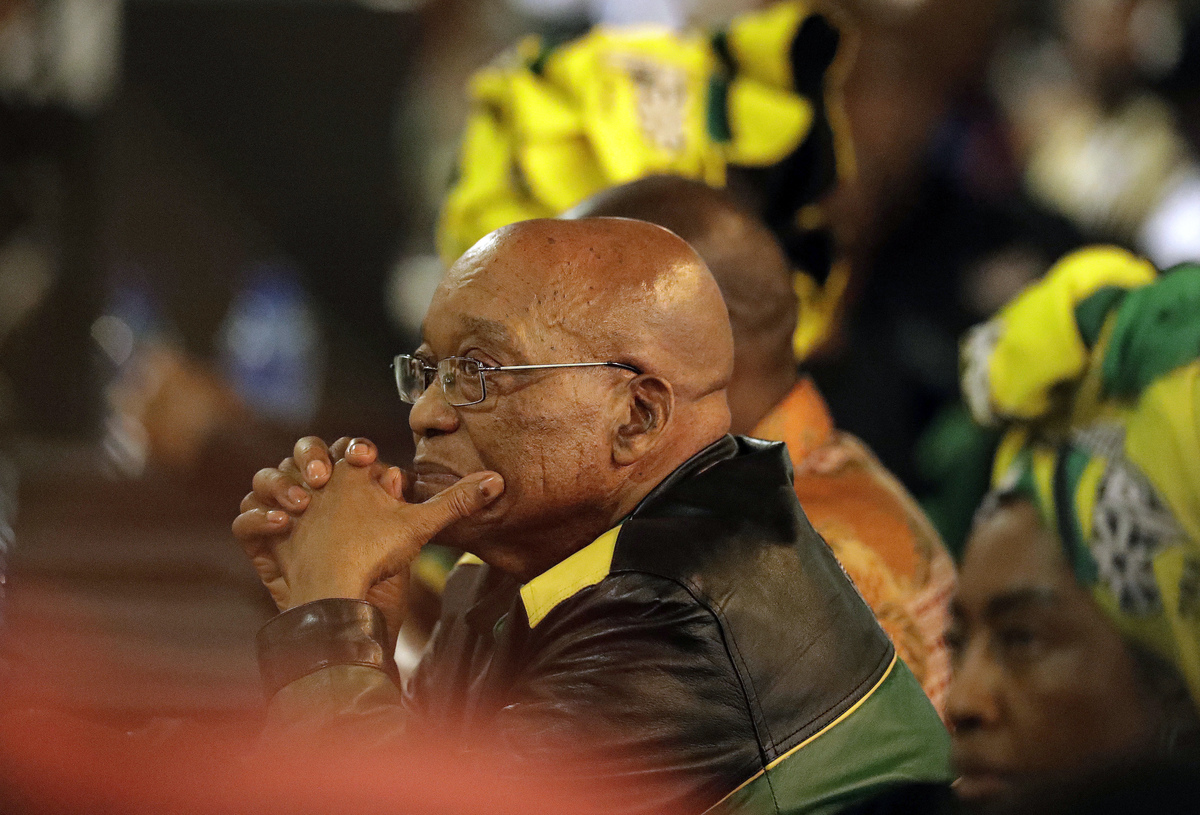 The African National Congress, South Africa's ruling party, has voted to "recall" President Jacob Zuma. The ANC has tried for weeks to get Zuma, whose term expires next year, to resign following allegations of corruption.

The party wants him to cede leadership either to Deputy President Cyril Ramaphosa, who was selected in December to replace Zuma as head of the party, or to a caretaker president.

Ace Magashule, the party's secretary-general, told reporters that it saw Ramaphosa as Zuma's successor and added that Ramaphosa should deliver the upcoming State of the Nation address.

However, it was not immediately clear whether Zuma would relinquish power or try to hang on despite losing the backing of his party.

Magashule said party leaders have not discussed a motion of no confidence against the embattled leader. He added that they are giving Zuma "time and space" to respond — but later clarified that he expects him to respond on Wednesday.

He said that when he met with Zuma to talk about the decision, they had a "cordial" discussion. "But I think the decision of the National Executive Committee is now final: recall President Jacob Zuma," he said.

"When we recall our deploy, we expect our deploy to do what the organization expects him to do," Magashule added.

Although the ANC can recall Zuma, he would resign to Parliament, or lose a vote of confidence in the chamber — something he's survived several times in the past. Zuma pushed a similar recall against his predecessor, Thabo Mbeki, in 2009, but Mbeki did not fight it.

Magashule praised Zuma as "one of our leaders who have contributed to the liberation of South Africans," and said there is no need to "humiliate him." He added that the committee's decision was not unanimous, but that they now see it as a "collective" decision.

Zuma faces the possible reinstatement of corruption charges in connection with a $2.5 billion arms deal while he was deputy president. He has also been held liable for dipping into public coffers for $20 million in upgrades to his private residence.

Peter Granitz, who is reporting for NPR from Pretoria, tells Morning Edition "There's an impending investigation into wholesale looting at government-owned companies. He and even some of his kids could be caught up in that."

"Many South Africans really want to see Jacob Zuma prosecuted," Granitz says. "If he's no longer president, it's not guaranteed he'll have the government [to] foot his legal bills anymore."

Magashule told reporters that the decision to recall the leader was not because Zuma "has done anything wrong" — he described it as a realignment behind Ramaphosa.

NPR's Ofeibea Quist-Arcton says "Being the wily strategist that he is, as well as being a veteran political survivor, Zuma looks as if he's forcing the ANC to do what it doesn't want to do, join the opposition in Parliament in a vote of no confidence or possible impeachment."

"But if it comes to impeachment, Zuma loses all his former president status perks and so on, so he doesn't want that either," Ofeibea says.