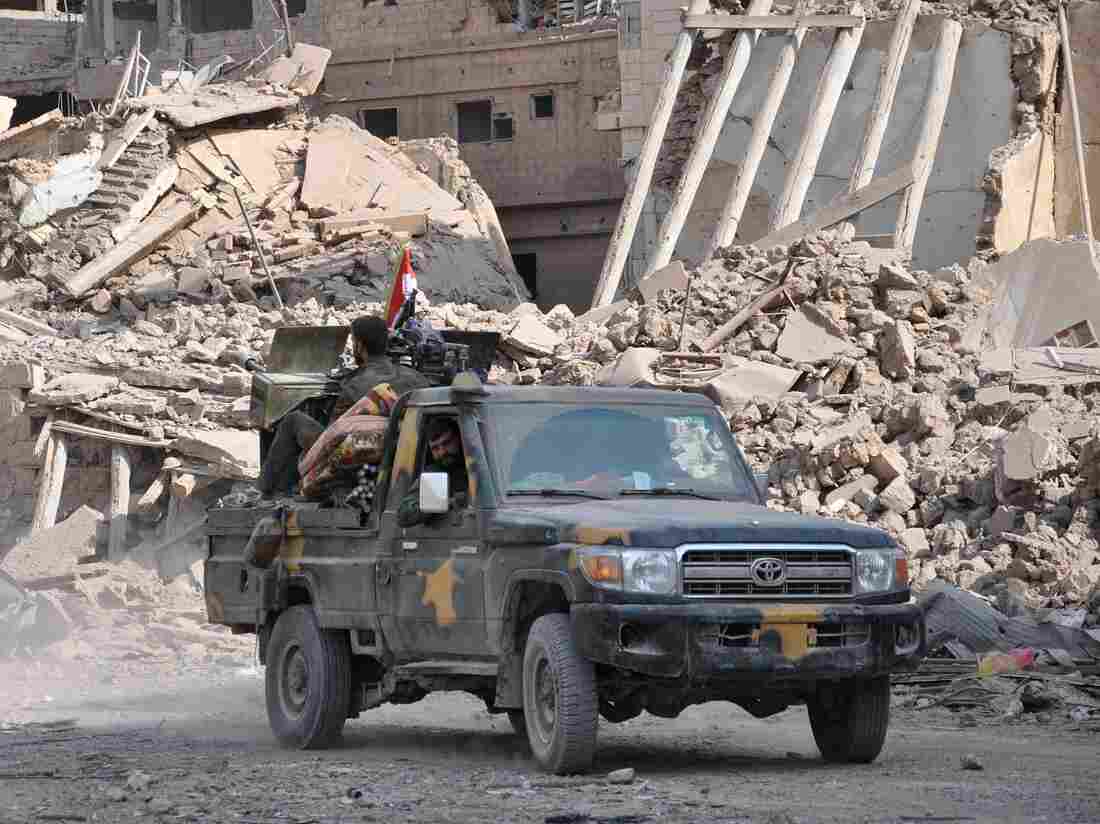 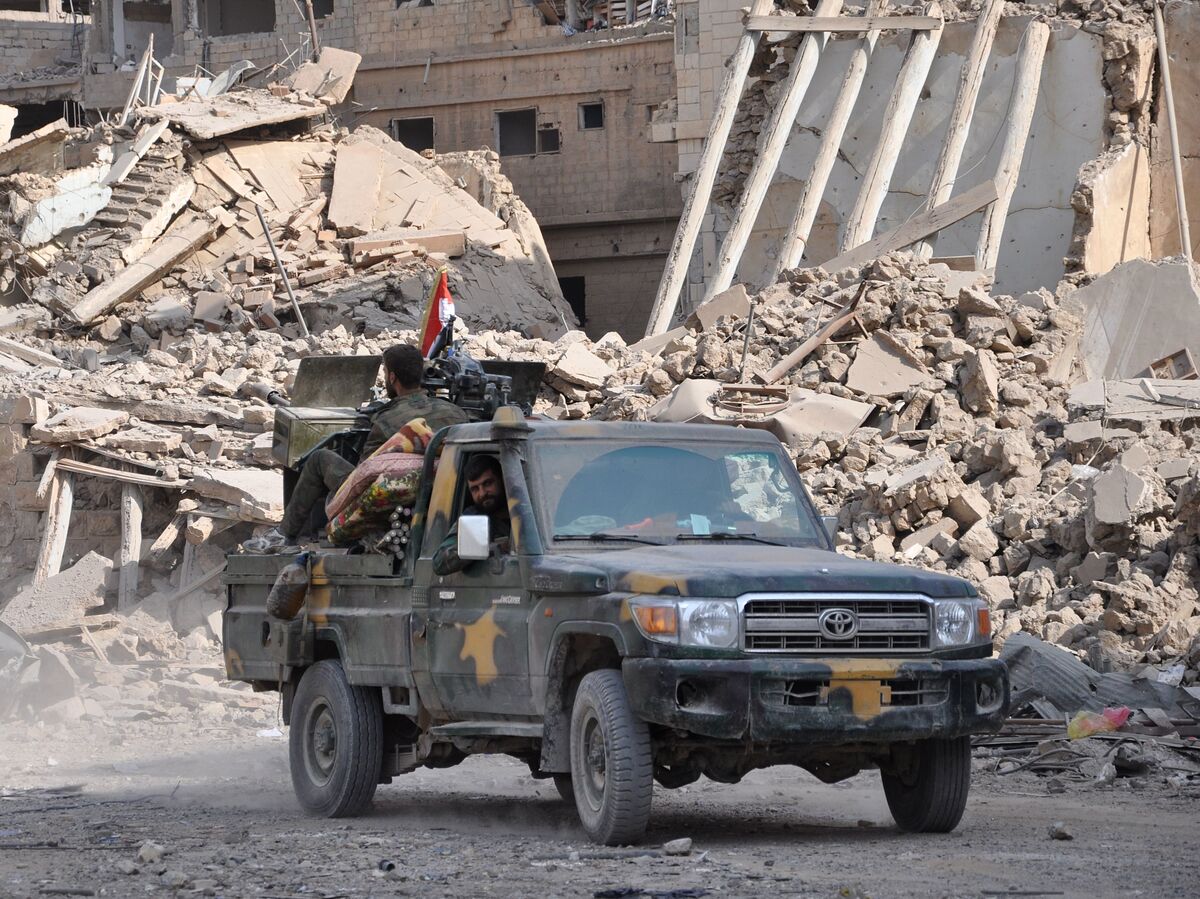 Syrian pro-government forces patrol in the eastern city of Deir el-Zour in November.

A punishing series of U.S.-led coalition airstrikes in Syria last week reportedly killed an unknown number of Russian mercenaries fighting on behalf of the Damascus regime, with some sources saying there were "dozens" of casualties.

The Pentagon says a counterattack aimed at defending U.S. forces in the oil-rich Deir el-Zour province a week ago went on for more than three hours and involved B-52 strategic bombers, AC-130 gunships, F-15E attack planes, Apache attack helicopters and Reaper drones.

As we reported at the time, U.S. military officials say they were in contact with Russian counterparts during the attack and were assured that Russia would not engage coalition forces in the vicinity.

Russia officially withdrew regular forces from Syria in December after two years of fighting in support of President Bashar Assad, but hundreds of private military contractors and mercenaries remained.

The Kremlin on Wednesday said it could not rule out that there were Russians in Syria, but that if so, they had no affiliation with Russian armed forces.

A Syrian military officer says about 100 Syrian soldiers were killed on Feb. 7 and 8. Russian media has cited unconfirmed claims that the number of dead is as high as 200 and that many of them could be Russian nationals.

Reuters on Monday reported that two Russian fighters, Vladimir Loginov and Kirill Ananyev, had been identified as killed in the fighting, along with "dozens" of other Russians last Wednesday.

The Conflict Intelligence Team, a group of respected Russian online researchers, was quoted by The Moscow Times as saying it had found at least three tweets announcing the deaths of Russian mercenaries in Syria on the day of the airstrike.

"It is beyond doubt that this incident indeed took place. It is notable that the posts about their deaths emerged rather quickly – relatives and colleagues often learn of Russian mercenaries' deaths weeks or even months after the fact," the group said in a Facebook post.

"Much about the attack and the associated casualties has been obscured in the fog of war. For reasons that remain unclear, Syrian government troops and some Russian nationals appear to have attacked a coalition position, near Al Tabiyeh, Syria.

"The attack occurred in the vicinity of Deir al-Zour, a strategic, oil-rich territory that is coveted by the Syrians. Most of the fatalities were attributed to an American airstrike on enemy columns that was called in by American-backed Kurdish soldiers who believed they were under attack."