Accessibility links
Venezuela's Maduro Not Welcome At Regional Summit, Host Peru Says : The Two-Way Peru's foreign minister says an invitation to the Summit of the Americas in Lima has been withdrawn over concerns the presidential elections in Venezuela will not be free and fair. 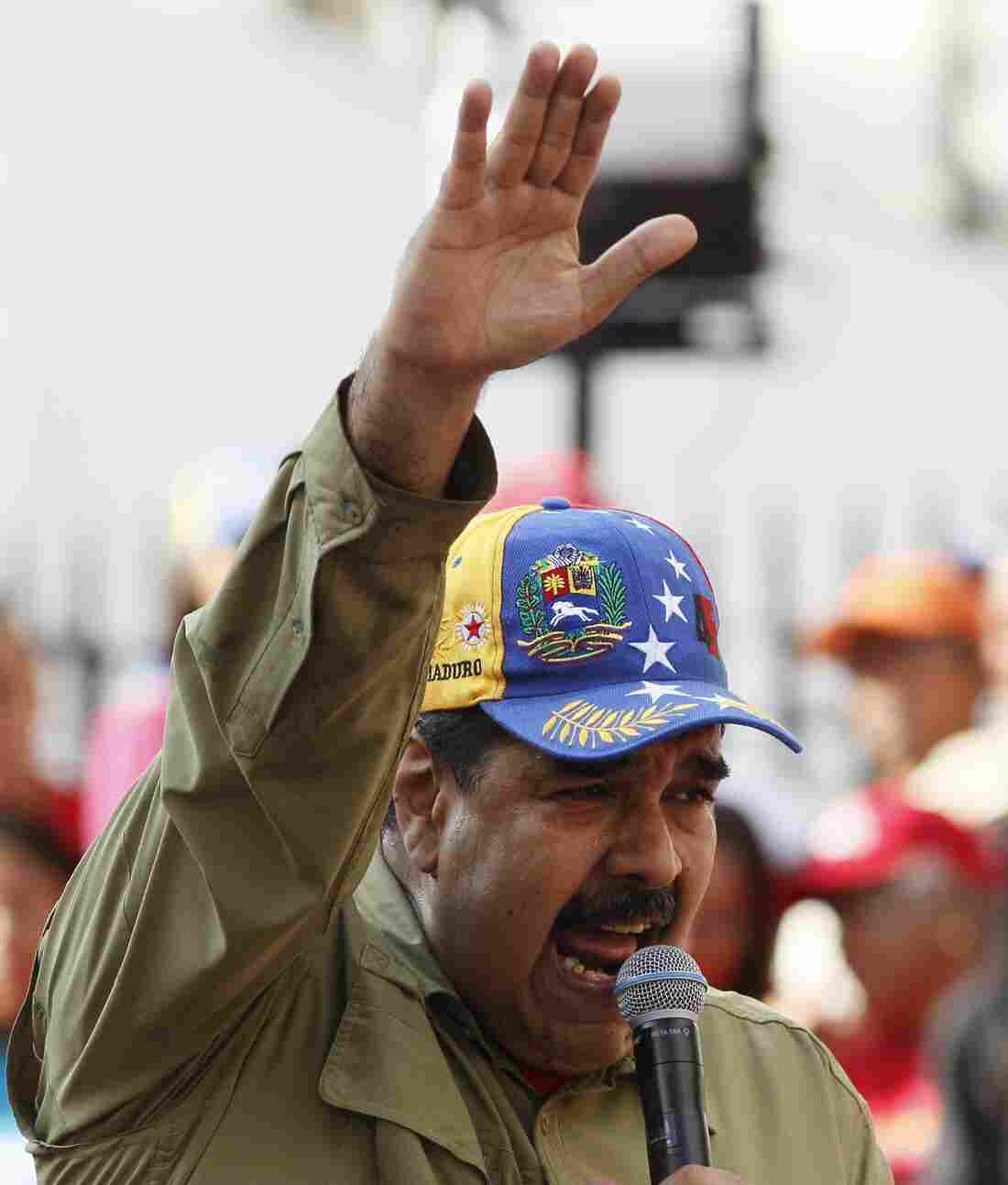 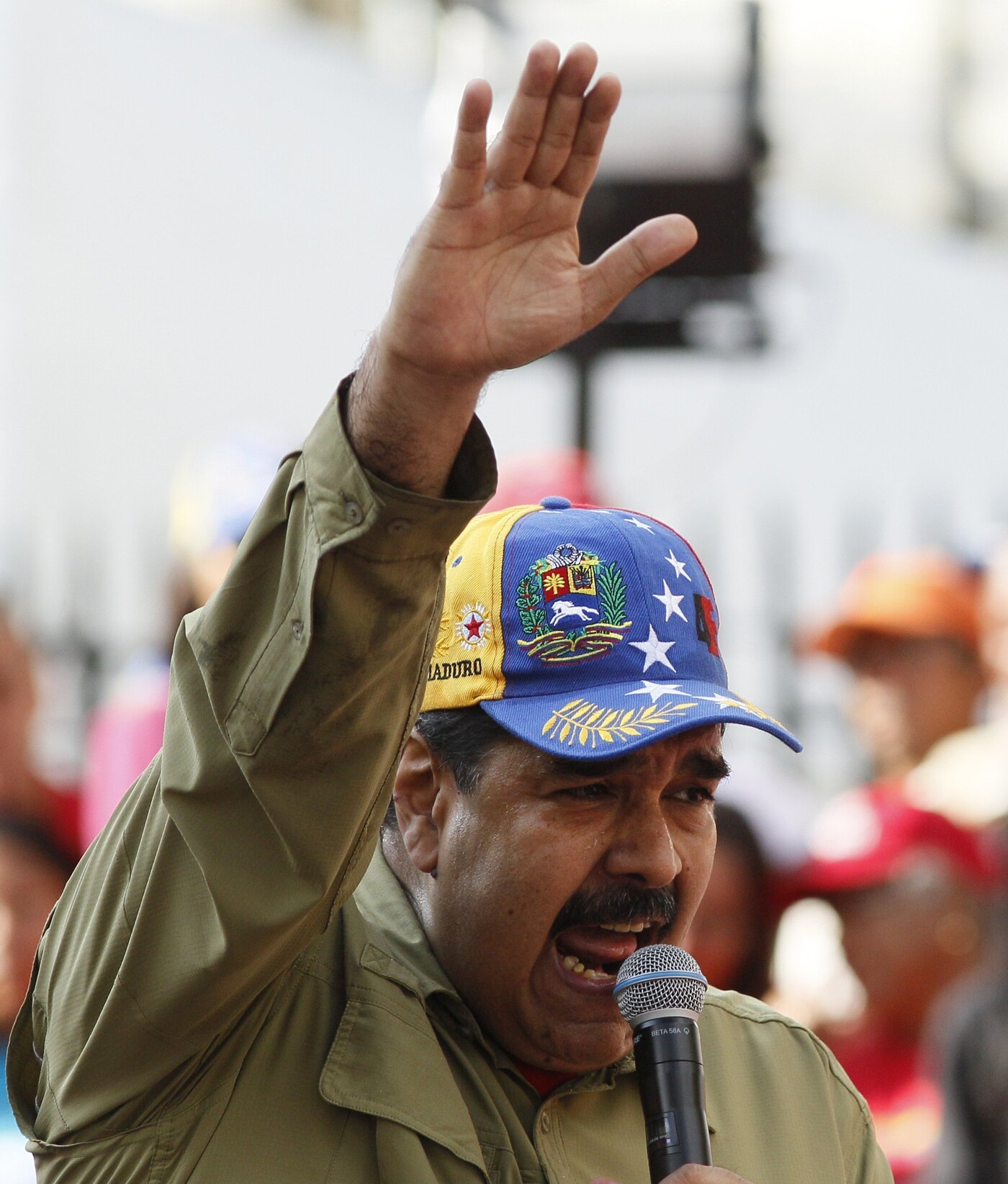 An invitation for Venezuelan leader Nicolas Maduro to attend the Summit of the Americas has been withdrawn after the Latin American country's decision to hold early presidential elections – a move seen as all but shutting out the opposition.

In a terse statement on Tuesday, Peru's Foreign Minister Cayetana Aljovin said Maduro's "presence will no longer be welcome" at the Summit of the Americas, a regional policy gathering scheduled this year to be held in Lima in April.

The Associated Press reports: "Venezuela's pro-government election officials recently announced that the presidential election will be April 22, though traditionally the vote has been held late in the year. Setting the election date came hours after negotiations crumbled between the government and political opposition leaders over how to conduct the election so it is free and fair."

Peru's decision comes amid tensions between Venezuela and neighbor Colombia over a burgeoning humanitarian crisis and fears in Caracas of a military conflict.

"I appreciate the offers of financial and other aid from the international community. We are fully prepared to receive them. We need them because unfortunately this problem gets worse day by day," Santos said at an event in Bogota.

Colombia's migration authority says the number of Venezuelans living in Colombia has skyrocketed in recent months, with an increase of 62 percent to 550,000 in just the last six months of 2017.

Reuters reports: "As the number of Venezuelans crossing the border increases, including unattended children who get free vaccinations and education, Colombia estimates it would need $30 million to build an assistance center to give the migrants a temporary place to stay before deciding their next move."

In addition, The Washington Post has reported that the economic crisis in Venezuela has also spawned an orphanage crisis as parents decided to give up children they can neither feed or cared for.

During a visit to Colombia last week, Secretary of State Rex Tillerson praised Bogota's efforts to aid its eastern neighbor.

Meanwhile, Venezuela's Chief Prosecutor Tarek Saab accused Colombia this week of preparing a "military invasion," an accusation that officials in Bogota described as an "insult."

"In Colombia, they are planning to bring back times that have already ended, like military bombing, a military invasion or the occupation – through blood and gunfire – of a peaceful country like Venezuela," Saab said during a speech in the Venezuelan state of Anzoátegui on Monday.

Colombia and Venezuela have a long history of diplomatic and territorial disputes.

At a news conference on Monday, Colombian Gen. Alberto Mejia said he was more concerned about internal security than any external threat posed by Venezuela.

"We have so many problems in our own country, and that's what we are solely dedicated to and focused on," Mejia said, according to The Bogota Post.