Accessibility links
South African President Jacob Zuma Resigns Under Pressure From His Party : The Two-Way The ruling African National Congress should not be "divided in my name," Zuma said Wednesday. "I have therefore come to the decision to resign as the president of the republic with immediate effect." 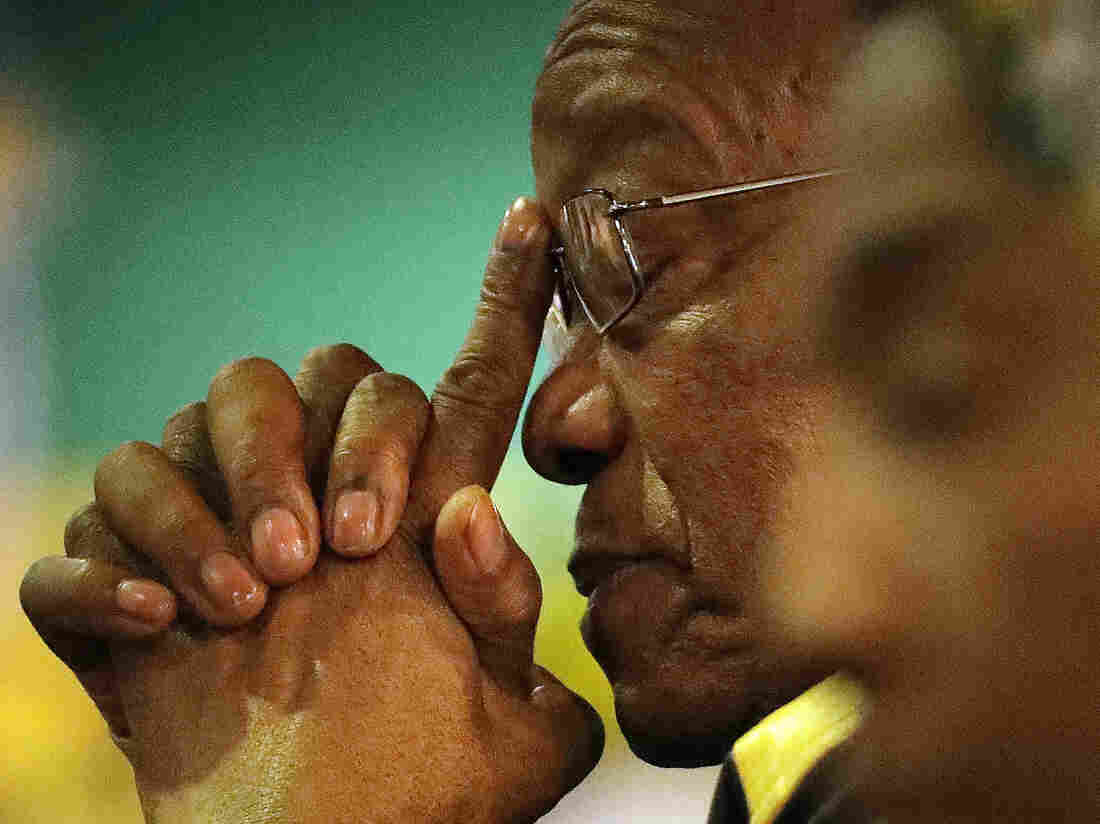 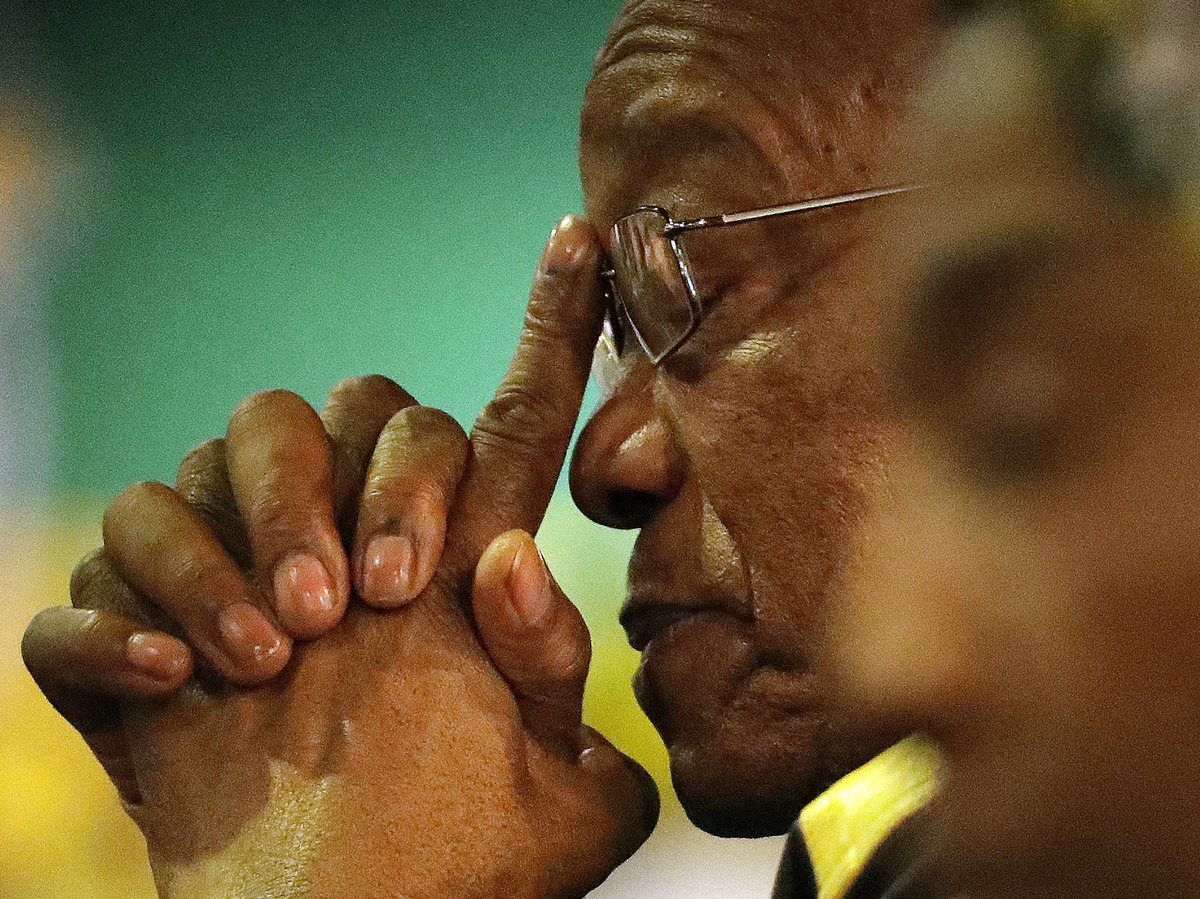 South African President Jacob Zuma has announced he is resigning after nearly nine years in power. His decision, stated during a nationally broadcast address Wednesday, hands power to his deputy and the leader of the country's ruling African National Congress, Cyril Ramaphosa.

"No life should be lost in my name. And also the ANC should never be divided in my name," Zuma said during his speech. "I have therefore come to the decision to resign as president of the republic with immediate effect."

The address had begun with jokes but quickly turned grave as he spoke about his commitment to the country and to the ANC, his political party. The group had recently exerted tremendous pressure on him to resign the presidency he has held since 2009, voting earlier in the week to recall him amid allegations of corruption and signaling its intention to support a no-confidence motion against him.

"I must accept that if my party and my compatriots wish that I be removed from office they must exercise that right and do so in the manner prescribed by the constitution," Zuma said. "I fear no motion of no confidence or impeachment for they are the lawful mechanisms for the people of this beautiful country to remove their president."

The decision marks an abrupt about-face from remarks he offered earlier Wednesday in a long and rambling interview with state broadcaster SABC. During that hourlong conversation, he said he had no intention of stepping down — and repeatedly denied that he was defying his party.

At the time, he also stated that he had not been provided with any clear accusations of wrongdoing: "There's nothing I've done wrong," he said. "What is the problem? I don't understand. ... I don't think it is fair."

During his resignation announcement later in the day, he reiterated his objection to how the party had handled the past few weeks.

"I disagree with the decision of the leadership of my organization," he said during the address. But, he added: "I have always been a disciplined member of the ANC."

The party had been pushing for Zuma to step down ahead of the end of his term next year. The longtime leader had something of a checkered tenure, marred by corruption scandals and the renewed possibility he could face prosecution. The bid to move on from Zuma has been seen as an attempt to place the ruling party on a firmer footing for the 2019 elections.

On Tuesday, when the party voted to recall him, ANC Secretary-General Ace Magashule emphasized that the vote was not due to any specific allegations but in the interest of realigning the party behind Ramaphosa.

Still, as NPR's Ofeibea Quist-Arcton told Morning Edition, the pressure was "hugely humiliating for Zuma, who has been an ANC stalwart since he was a very young man."

Zuma had survived several no-confidence motions in the past, but with the ruling party firmly backing such a motion this time around, its passage had been all but ensured.

Meanwhile, heavily armed South African police on Wednesday raided the Johannesburg residence of the controversial Gupta family, said to have corrupt links to the 75-year-old Zuma.

Reuters reports: "The raid marks a dramatic escalation in the pressure on Zuma and the political faction around him accused of milking state resources for their own ends. ... The early morning raid ... resulted in three arrests," according to the police's elite Hawks unit.

Peter Granitz, reporting for NPR from Pretoria, says, "The Gupta brothers have been accused by South African authorities of siphoning money from the contracts they've won with the government. The contracts are worth billions of dollars and their empire spans South Africa, from mining to technology services."

"One of Zuma's sons works for the Guptas, as do the children of other high-ranking officials. A former Cabinet official blew the whistle and said the Guptas offered him a $50 million bribe," Granitz reports.

"The embattled Gupta family own a range of business interests in South Africa, including computing, mining, air travel, energy, technology and media.

"The three brothers, Atul, Rajesh and Ajay, moved to the country in 1993 from India, just as white-minority rule was ending.

"They are known friends of President Zuma — and his son, daughter and one of the president's wives worked for the family's firms."