Accessibility links
France Returns Works Orphaned By Nazi Looting, Seeking Owners Or Heirs : The Two-Way Tens of thousands of artworks were recovered after World War II, and many are still in French possession. Now, the Louvre is stepping up efforts to return them to the heirs of their rightful owners. 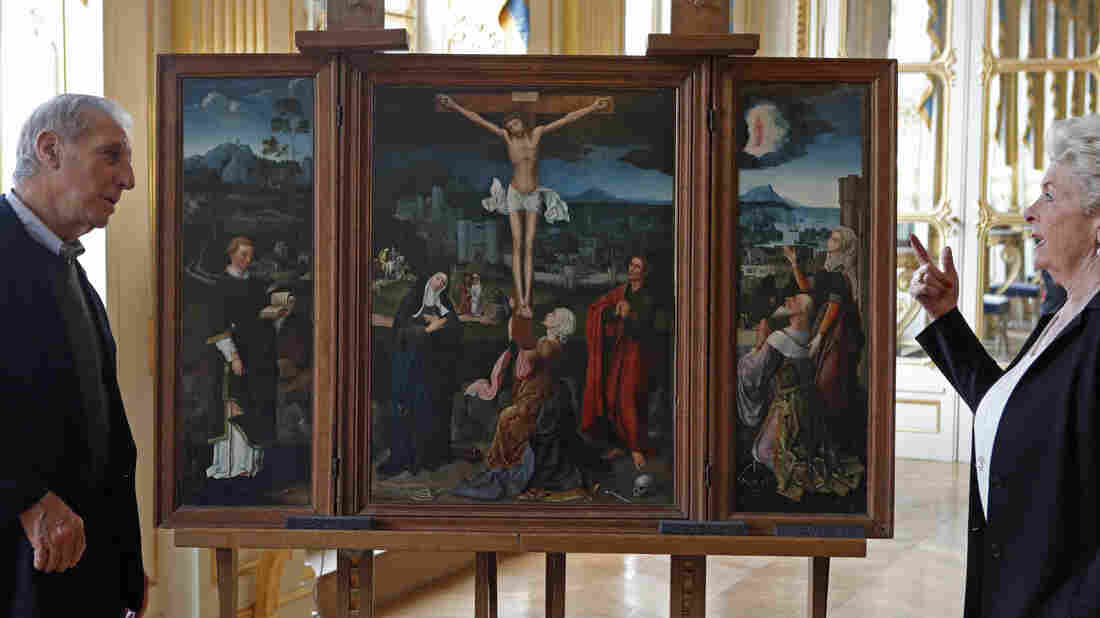 Christopher Bromberg and Henrietta Schubert, grandchildren of Henry and Hertha Bromberg, view Flemish painter Joachim Patinir's Triptych of the Crucifixion, which was returned to them Monday by the French state. Francois Mori/AP hide caption 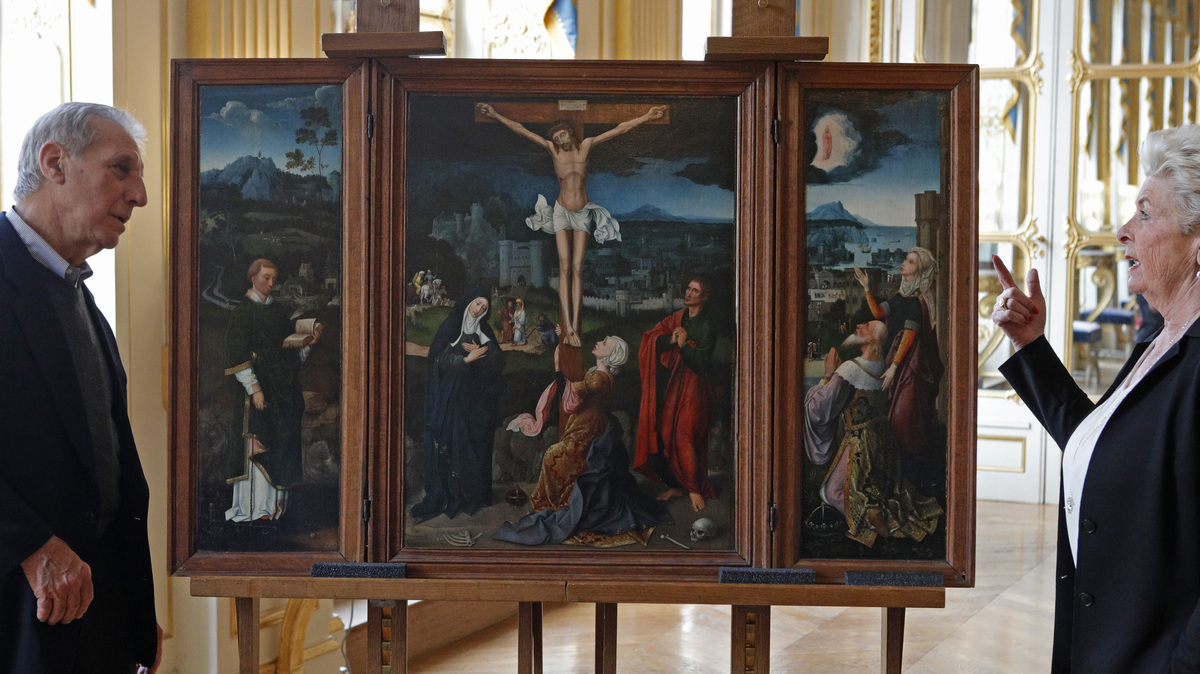 Christopher Bromberg and Henrietta Schubert, grandchildren of Henry and Hertha Bromberg, view Flemish painter Joachim Patinir's Triptych of the Crucifixion, which was returned to them Monday by the French state.

When the Brombergs fled Germany in 1938, they had no choice but to travel light. A Jewish family, fearing for their lives as the shadow of the coming Holocaust crept closer, they didn't have the luxury of taking their fine art with them — or of worrying whether they were getting a fair price when they sold it. They needed to get to safety. And over the next year — as they dashed to France, Switzerland and ultimately the U.S. — they used those sales to help them get there.

Now, seven decades later, several of those masterworks are finally coming home. The French Culture Ministry returned three paintings by the 16th-century Flemish artist Joachim Patinir to the heirs of their rightful owners at a ceremony Monday at the Louvre in Paris. Among them was Patinir's Triptych of the Crucifixion.

"The restitution of plundered works is a struggle for justice and memory," Culture Minister Francoise Nyssen said in a tweet marking the moment.

It is the second time in as many years that the Bromberg descendants have seen the return of art that was lost to their family during its flight from Nazi Germany. Henrietta Schubert and Christopher Bromberg attended a similar ceremony in Paris in November 2016, at which the French government handed over an oil painting also looted by the Nazis during World War II.

Though the returned artworks mark a personal moment for the family, the loss is not one they alone experienced: In fact, the Louvre estimates that between 1940 and 1945, "approximately 100,000 objects of all kinds (including many artworks) were looted in France by the Nazis or sold under duress and transferred to Germany."

Of those, more than 45,000 were recovered and returned to the owners or their families after the war — but thousands of other recovered works remained unclaimed. The Louvre says the French state kept more than 2,100 of these works and registered them with a museum service intended to preserve and catalog them.

But they've never been meant to stay orphans forever. 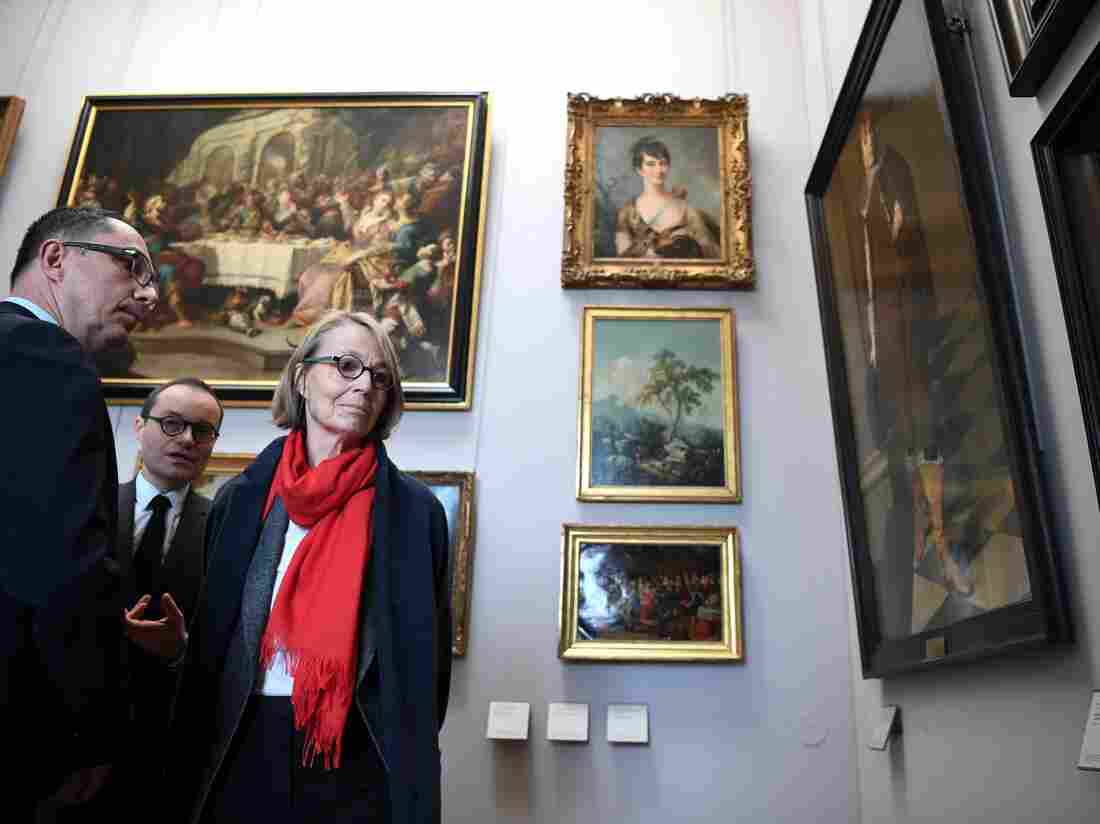 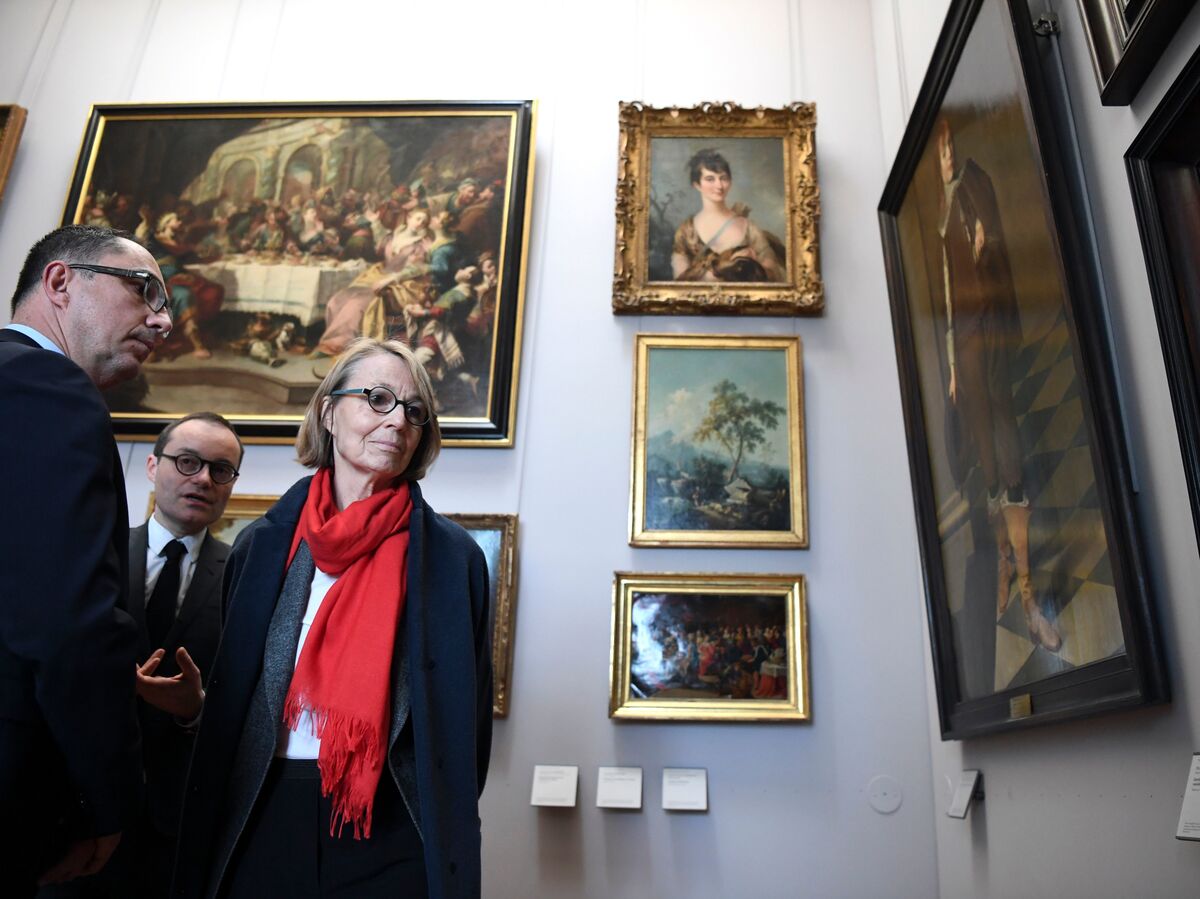 In December, the Louvre opened two rooms dedicated specifically to Nazi-looted works in the museum's collections. There are 31 of them crammed into those two rooms, clustered together with little regard for style or era, the groupings only clear after the little text placards that accompany them reveal how they were obtained.

Another 76 works have been scattered throughout the museum. 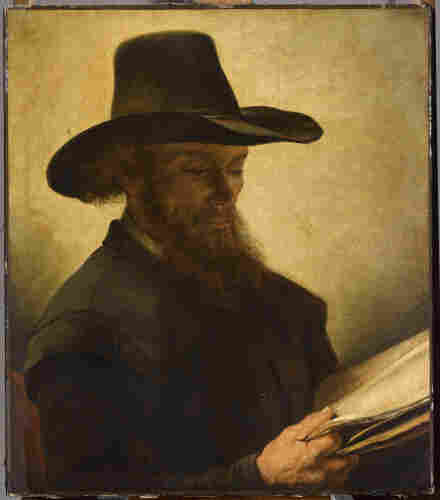 Reading Man, by the 17th-century Dutch painter Barent Fabritius, is one of the works featured in the two rooms of works lost to their Jewish owners. © RMN - Grand Palais (Musée du Louvre) / Franck Raux hide caption

The goal, the museum said in its announcement earlier this month, is to "raise awareness among visitors about this issue" — and to aid in the Ministry of Culture's quest "to identify its rightful owner at the time of the confiscation so that it may be returned to the appropriate beneficiaries."

Nevertheless, critics are unconvinced enough is being done to return these ill-gotten gains. "This is halfhearted — I'm sorry," restitution lawyer Christopher Marinello told The Washington Post. "From the Louvre I expect more."

Marinello and others, like restitution scholar Marc Masurovsky, see the Louvre's record — some 50 works returned since 1951 — as a shadow of what it could be, given the museum's resources.

"If the Louvre and the French museum administration were to invest the same amount of energy into research and professional, ethical due diligence into its own collections — what some like to describe as 'transparency,' although there is nothing really transparent about this exercise, it simply is less opaque — we would all applaud its efforts," Masurovsky told the Post. "But such a commitment does not exist."

"It is no longer acceptable to wait for descendants to turn up and ask for the restitution of their family's art for them to be given their due."