Accessibility links
Inspector: 'Serious Derelictions' By VA Secretary Related To Overseas Travel : The Two-Way An investigation detailed an 11-day trip to Europe at taxpayer expense in which Secretary David Shulkin was accompanied by his wife and spent much of the time on sightseeing and at leisure. 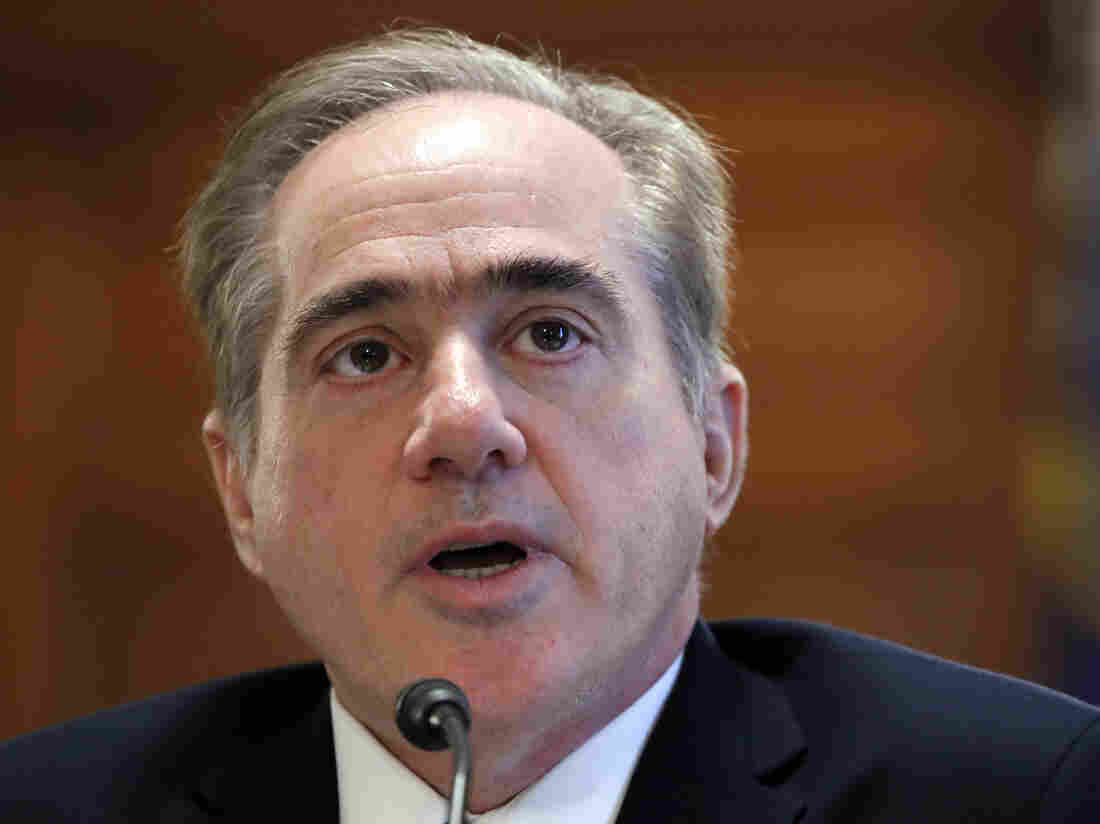 Veterans Affairs Secretary David Shulkin improperly accepted tickets to Wimbledon and his staff lied about the nature of a trip to Europe so that his wife could accompany him at taxpayer expense, according to a report released Wednesday by the department's inspector general.

Those were just two instances among several "serious derelictions," the internal investigator detailed in an 87-page report issued by the VA's inspector general, Michael Missal.

Shulkin is just one of several Cabinet members facing scrutiny over their official travel. In September, Health and Human Secretary Tom Price resigned over his use of private jets. Interior Secretary Ryan Zinke, Energy Secretary Rick Perry and EPA chief Scott Pruitt have also acknowledged using government or private flights, which they say were preapproved.

The report on Shulkin and his staff cited "poor judgement and/or misconduct" on the part of the secretary. A story by The Washington Post in September sparked the investigation.

Less than two weeks after Shulkin issued a memo to VA managers directing them to decrease employee travel "and generate savings," for the department, the secretary and his wife, Dr. Merle Bari, embarked in July on an 11-day trip to Europe, at a cost of at least $122,334, according to the report.

The trip included official meetings in Copenhagen and a conference in London as well as "significant personal time for sightseeing and other unofficial activities." According to Missal, official business was slated for only about half of the schedule, with the rest reserved for leisure.

The report said that VA ethics officials approved airfare expenses for Shulkin's wife, amounting to $4,312, only after his chief of staff, Vivieca Wright Simpson altered emails to represent falsely "that Secretary Shulkin would receive an award while in Denmark, which Ms. Wright Simpson understood to be the criterion that would justify Dr. Bari's travel at VA expense."

The inspector general's office said that Wright Simpson's "false representations and alteration of an official record may have violated federal criminal statutes" and would therefore be referred to the Justice Department.

In London, Shulkin and Bari, who is a dermatologist in private practice, attended the Wimbledon tennis tournament. Shulkin, who tried unsuccessfully to purchase tickets to the tournament, received them instead as a gift from Victoria Gosling, a former CEO of the 2016 Invictus Games, who was described as a friend of Bari's. The gift was neither reviewed nor approved by the ethics counsel, although the secretary told reporters that it had been, the report said.

The Inspector General's office said when it reached Gosling, she could not remember the name of Shulkin's wife.

Shulkin, who was President Trump's pick to become secretary after serving as undersecretary of Veterans Affairs during the Obama administration, wrote a letter to the inspector general, insisting that conclusions in the report were based on "subjective and arbitrary criteria."

"It is outrageous that you would portray my wife and me as attempting to take advantage of the government," he wrote.

Later, speaking to USA Today, Shulkin said he mailed a check for the $4,312 to the government on Wednesday to reimburse his wife's airfare. He insisted that "We act with the highest ethical character."

"I relied upon my staff to do this, and in retrospect, I wish that I had asked more questions," he told the newspaper.