Accessibility links
Borneo Has Lost 100,000 Orangutans Since 1999 : The Two-Way That's more than the number of the critically endangered species remaining. The orangutans have been hit hard by deforestation and hunting. The animals are native to the island. 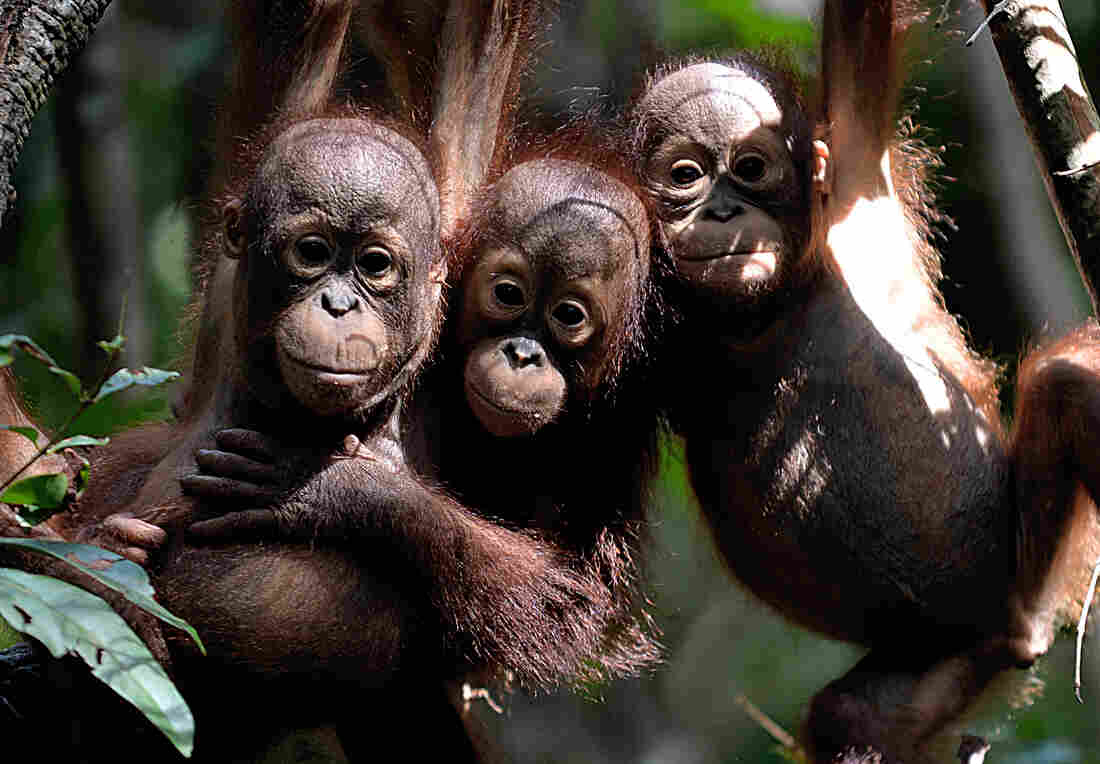 Borneo has lost more than 100,000 orangutans in the last 16 years – about half of the critically endangered species native to the island. Bay Ismoyo /AFP/Getty Images hide caption 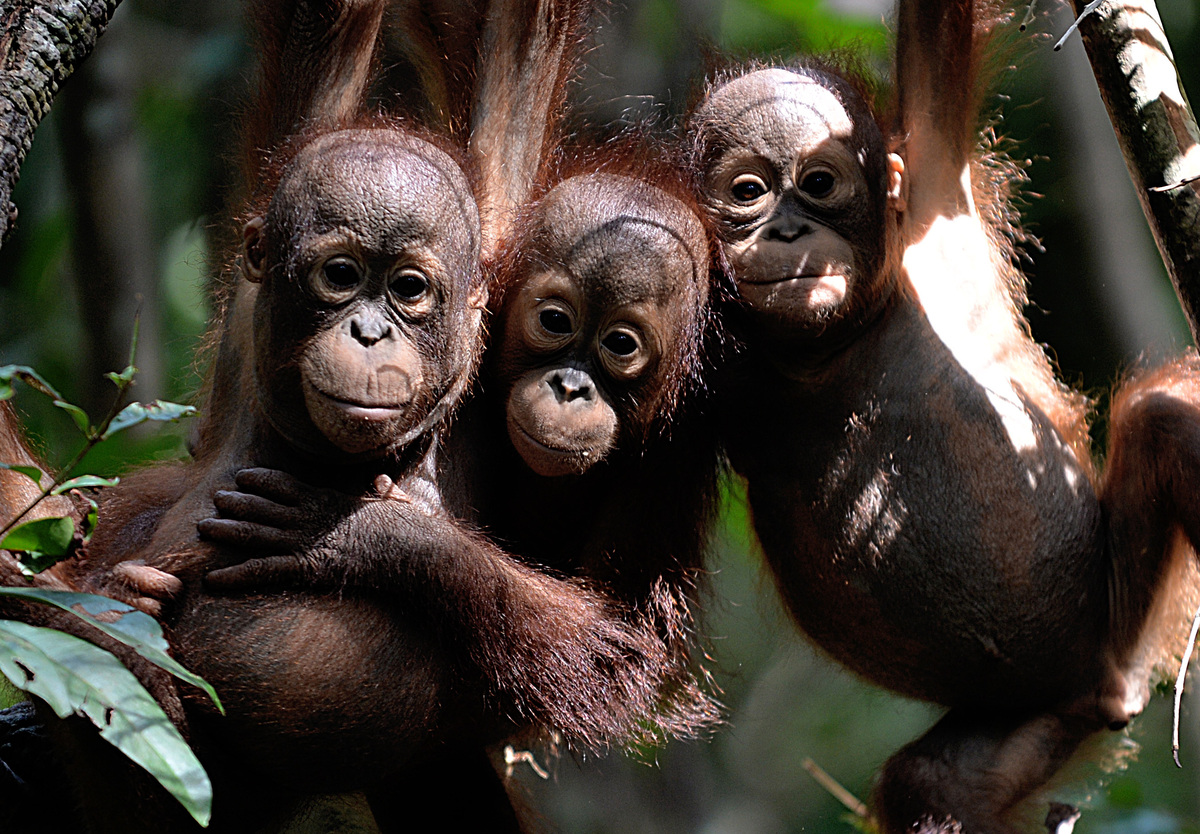 Borneo has lost more than 100,000 orangutans in the last 16 years – about half of the critically endangered species native to the island.

The world's largest species of orangutans is rapidly disappearing.

Borneo has lost more than 100,000 orangutans in the last 16 years – that's more than the number of the critically endangered species remaining.

This species — the Bornean orangutan — is only found on the island, which is divided between Malaysia, Indonesia and Brunei. It has seen dramatic deforestation, as lush jungle is converted into palm oil and paper pulp plantations.

But deforestation doesn't full explain the great apes' rapid decline. Maria Voigt, a scientist at the German Centre for Integrative Biodiversity Research, says hunting is "at least a major driver if not the major driver." The team's research, carried out through the Max Planck Institute for Evolutionary Anthropology, was published today in Current Biology.

Voigt and her research team compiled years of field surveys about the Bornean orangutans' population. "And after these 16 years, basically there was enough data to pull it together and combine it with information on things that influence orangutan numbers," she says.

Combining this information, she says, allowed the researchers to estimate orangutan numbers and how they've changed over time.

They overlaid that information with historical data about land use "to see what has happened in the different areas where we see decline," Voigt adds, "and then to kind of pick up what could be the reason for that decline.

Deforestation on the island is stark. Borneo "has the largest deforestation rates in the world, with an average 350,000 ha cleared every year between 2001 and 2016," according to the Center for International Forestry Research. Click here for a map from the CIFOR where you can see how the landscape has changed.

Forest fires are also a recurring threat to orangutans, Voigt says. Their assessment that 100,000 orangutans have been lost is "much higher than people had anticipated in a short time," Voigt says.

"That's because while the rates of decline were less precipitous in those areas, that's also where far more orangutans are found," the researchers said in a statement.

Voigt says that in some ways, orangutans are more resilient and flexible than anticipated:

"They can walk on the ground for certain distances. They can also feed on plants like acacia or palm that are not their natural food. So they might be able to survive in landscapes where you have coexistence between development, in terms of plantations, and forests, as long as there is enough forest for them to survive and they are not killed."

But only occasional killing of orangutans can "already be enough to wipe the population out in the long term." Part of the reason is that their reproductive cycle is very long, averaging a baby only 6-8 years, she says.

It's likely that more have been lost in the last 16 years than remain alive, the researchers say. They estimate that 70,000 to 100,000 animals are left. And of the 64 remaining populations of orangutans on the island, just 38 have more than 100 individuals, which is considered the minimum to be viable in the long term.

The Bornean Orangutans' survival, Voigt says, is going to depend on protecting the habitat that's still there, and raising awareness about how even occasional killing of the animals could lead to their extinction.