Accessibility links
Trump Calls For Mental Health Action After Shooting; His Budget Would Cut Programs : The Two-Way The president offered his sympathies to victims and the nation. He also said mental health problems need to be addressed but he offered no plan for doing that.

Trump Calls For Mental Health Action After Shooting; His Budget Would Cut Programs

Trump Calls For Mental Health Action After Shooting; His Budget Would Cut Programs 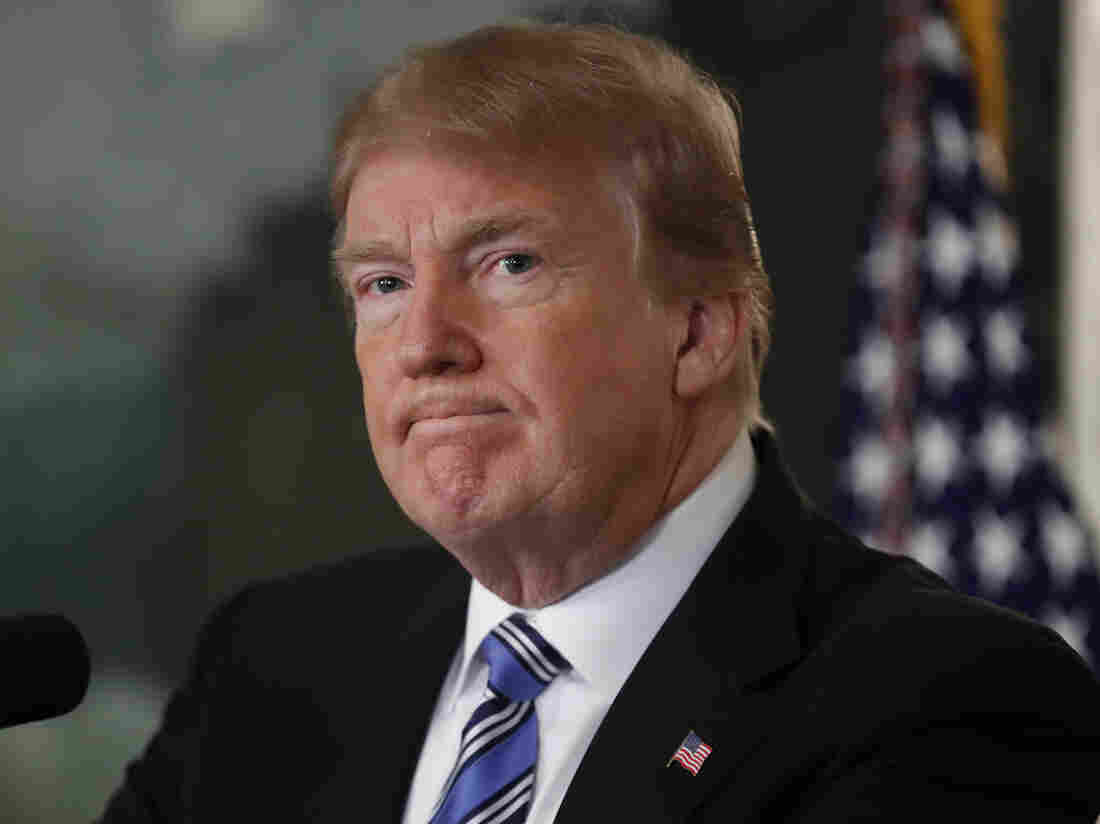 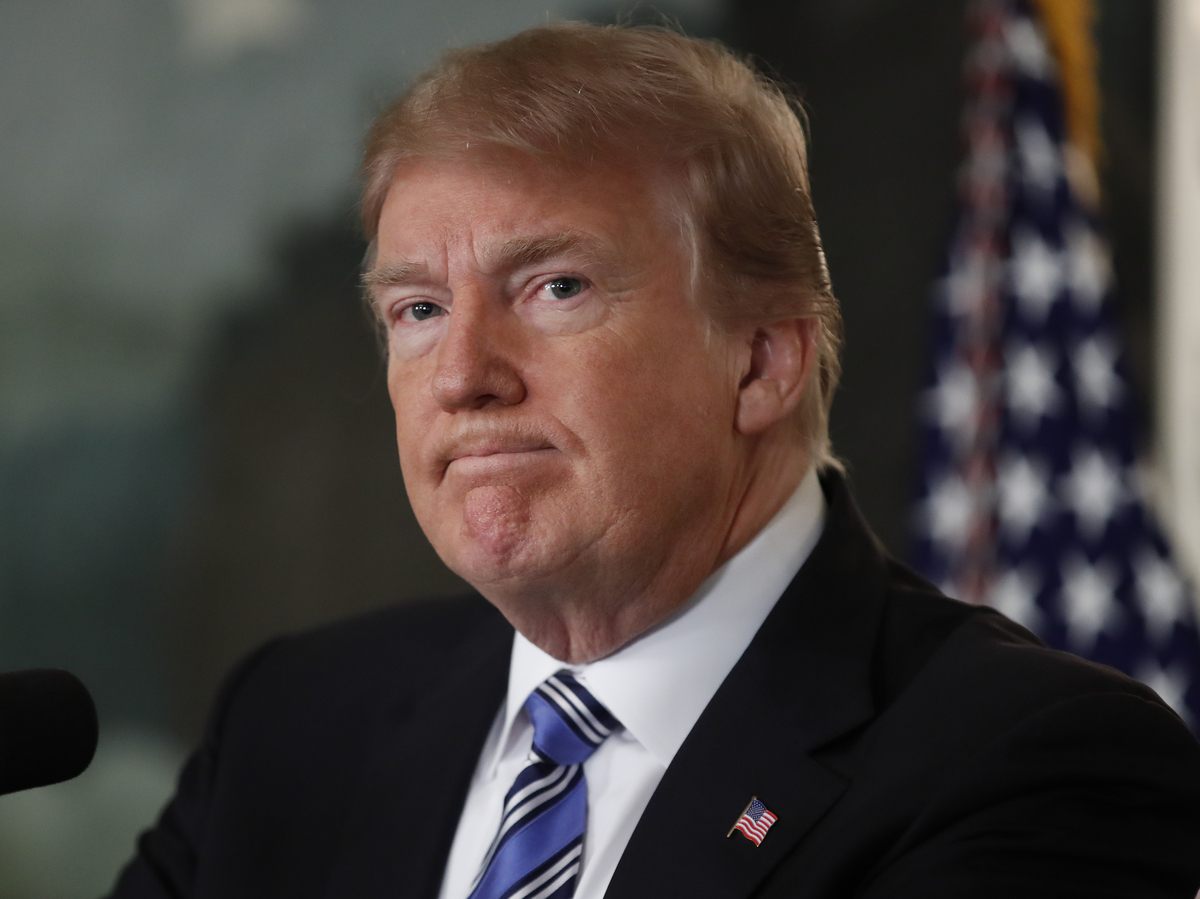 President Trump expressed grief Thursday over the school shooting in Florida and sought to comfort victims and their families in his first public address since the mass killing at Marjory Stoneman Douglas High School left 17 people dead and many others injured.

"To every parent, teacher and child who is hurting so badly, we are here for you whatever you need, whatever we can do to ease your pain," he said.

His speech from the White House went on for more than six minutes but apart from offering sympathy it lacked specific details on how the administration could mitigate the scourge of on-campus shootings.

Trump did, however, resurrect a theme frequently raised by Republicans when confronted with widespread calls for gun-control reform: Calls to "tackle the difficult issue of mental health."

Broward County Mayor Beam told NPR's Morning Edition that the suspect had been a client at mental health facilities, and had been expelled from the high school for disciplinary reasons.

Trump's statements echoed a tweet he posted earlier in the day.

"So many signs that the Florida shooter was mentally disturbed, even expelled from school for bad and erratic behavior," he wrote, before going on to remark that, "Neighbors and classmates knew he was a big problem. Must always report such instances to authorities, again and again!" he wrote.

The president's 2019 budget proposal released Monday indicates there are a few areas where Trump would like to boost mental health resources.

The biggest injection of funding — $8.6 billion — would go toward the Department of Veterans Affairs to improve intervention for at-risk veterans. The budget also adds $1 million to the Children's Mental Health Services program, which a report from the Department of Health and Human Services indicates this year was funded at $119 million. According to the document, "Recipients use these funds to create networks that provide fully comprehensive care— including effective collaboration between child- and youth-serving systems such as juvenile justice, child welfare, and education."

But the budget blueprint also slashes spending for the Substance Abuse and Mental Health Administration by $665 million. Additionally, Bloomberg reported the National Institute of Mental Health would see a 30 percent reduction in funding — a half a billion dollar decrease — in 2019.

And as NPR's Scott Horsely noted, nearly a year ago the president signed a bill making it easier for people with mental illness to buy guns.

The new measure rolled back an Obama-era rule that would have required the Social Security Administration to send records of some beneficiaries with severe mental disabilities to the FBI's National Instant Criminal Background Check System. NPR's Susan Davis reported, about 75,000 people found mentally incapable of managing their financial affairs would have been affected.

The original legislation was signed into law by President Obama following the 2012 massacre at Sandy Hook Elementary in Newtown, Conn., where 20 children and six teachers were killed by 20-year-old Adam Lanza, who was also mentally ill. It was set to go into effect December of 2017, but the Republican-controlled Congress repealed the rule invoking an arcane law called the Congressional Review Act.

It was a move that was applauded at the time by the NRA, which argued only the courts should have authority over determining who is mentally ill.

The American Civil Liberties Union supported the NRA's position, urging the repeal of the rule, writing in a letter to members of Congress that, "We oppose this rule because it advances and reinforces the harmful stereotype that people with mental disabilities, a vast and diverse group of citizens, are violent."

Meanwhile, the rollback was widely criticized by gun safety advocates including Sen. Chris Murphy, a Democrat from Connecticut where the Sandy Hook massacre occurred.

Trump said he plans to meet with governors and state attorneys general to discuss the mental health problems in coming weeks.

In an earlier version of this story, NPR stated that the massacre at Sandy Hook Elementary School in Newtown, Conn., occurred in 2010. It was 2012.