Accessibility links
Arizona Department Of Corrections Changes Sanitary Pad Policy Following Backlash : The Two-Way The department said it has increased inmates' free allotment of sanitary pads, after protesters launched the #letitflow campaign and sent a lawmaker tampons in the mail. 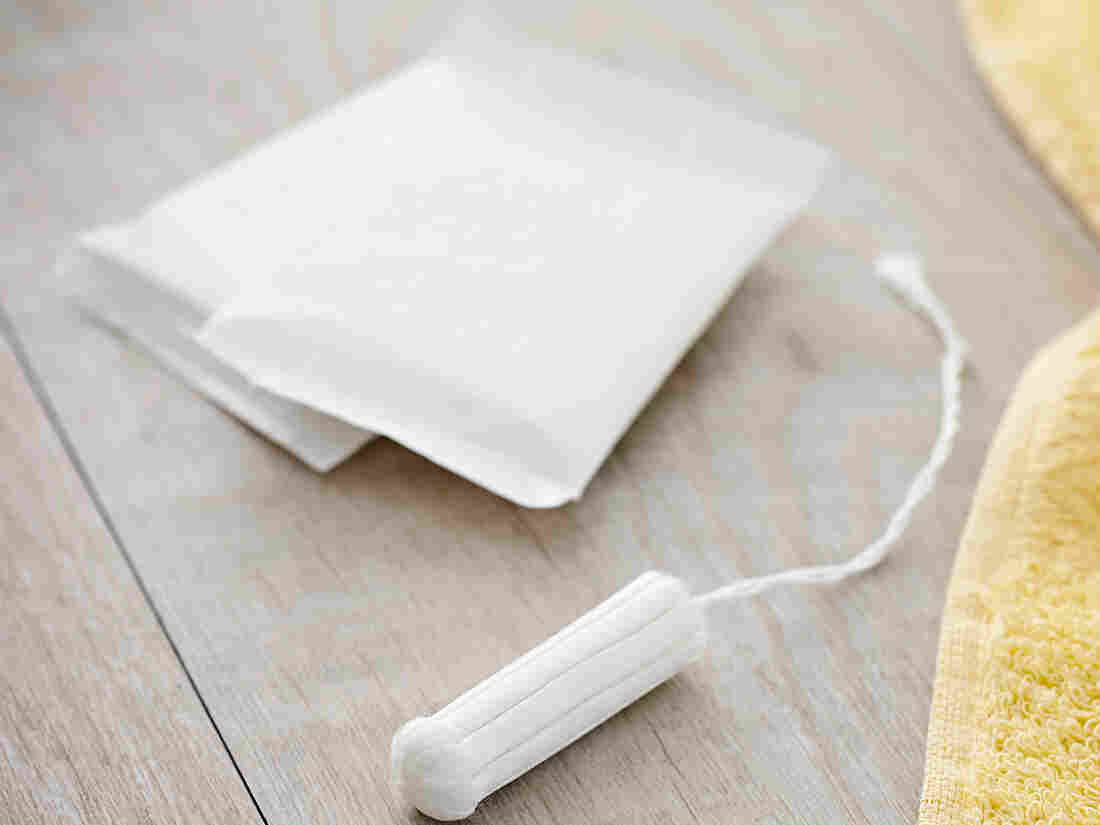 The Arizona Department of Corrections said it would give inmates three times the amount of free sanitary napkins, following a backlash to restrictions. Inmates are still required to purchase tampons. BSIP/UIG via Getty Images hide caption 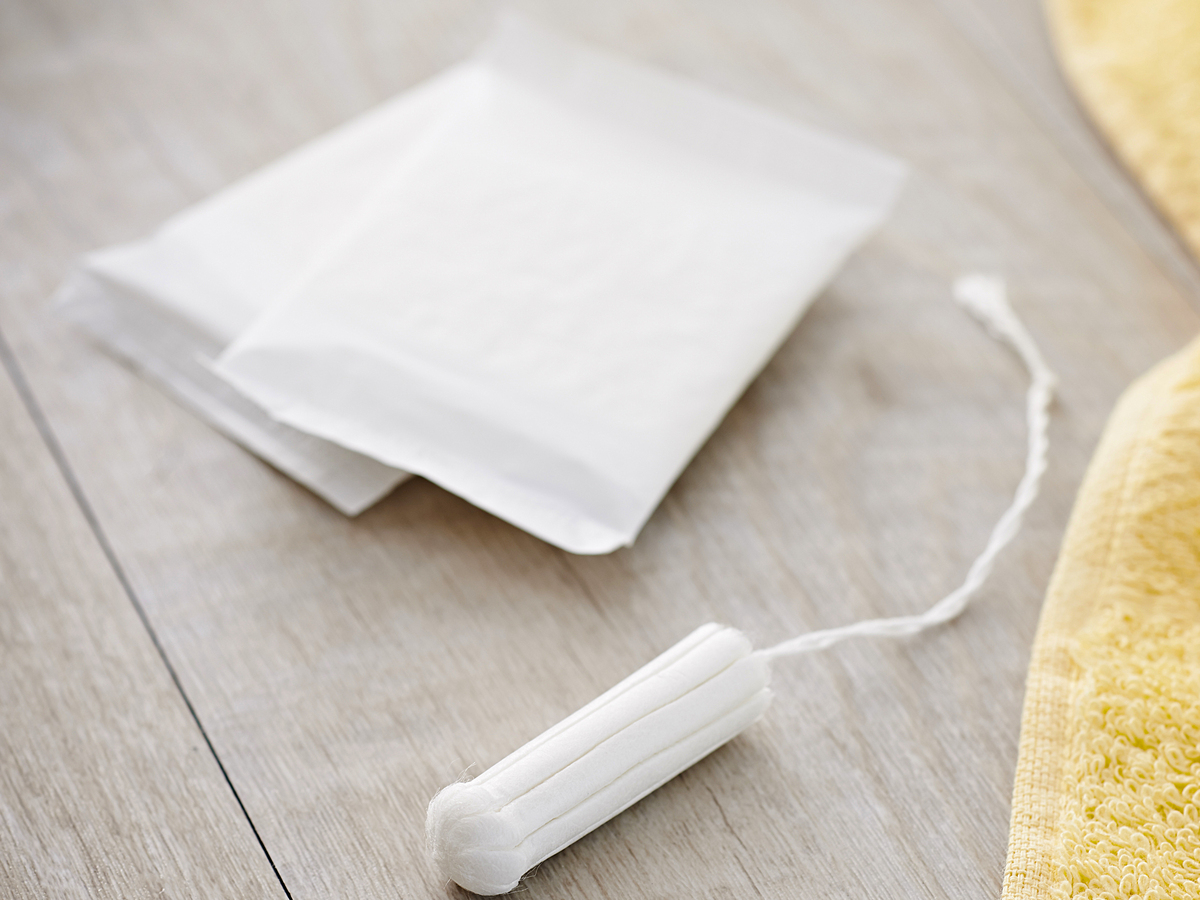 The Arizona Department of Corrections said it would give inmates three times the amount of free sanitary napkins, following a backlash to restrictions. Inmates are still required to purchase tampons.

Female inmates in Arizona had their allotment of free sanitary napkins increased threefold, after protesters denounced the 12-pad-per-month policy through an online campaign and by sending a state lawmaker tampons in the mail.

"Effective immediately, the department will increase the minimum baseline quantity that inmates receive each month, from 12 to 36," the Arizona Department of Corrections said in a statement on Tuesday. "As is the current practice, an inmate may request and, without charge, receive additional pads, if necessary. Additional product options will continue to be available through the inmate store."

Before the change, if inmates were to ask an officer for additional pads, they were limited to 24, reports The Arizona Republic.

"When I'm making 9 cents (an hour) after tax, you really got to think if I want to put my whole month's income into hopefully being approved for extra pads, if they believe I deserve them," former inmate Adrienne Kitcheyan testified, according to the newspaper.

And free tampons were not provided — and still aren't under the new policy.

Democratic state Rep. Athena Salman took on the issue, one she said was about "basic dignity and respect" for female prisoners. She introduced House Bill 2222, which would appropriate $80,000 from state funds to guarantee inmates unlimited access to feminine hygiene products, including tampons.

Salman said that while the bill passed its first hearing last week, Republican state Rep. Thomas "T.J." Shope, who chairs the Rules Committee, refused to give it a hearing.

CNN reports he stalled the bill because he wanted to give the Department of Corrections the opportunity to revise its policy.

But protesters aimed their ire at Shope anyway, sending his office pads, tampons and money — meant for inmates to buy additional sanitary products, reports The Phoenix New Times. They also expressed their opposition online under the hashtag #letitflow.

WATCH: @AthenaSalman gives an update on her bill #HB2222. Your voice will move this legislation forward. #AZLeg pic.twitter.com/nVOoLBhRhQ

"We know that this bill really struck a nerve," Salman said on Monday as she made an appeal for support for the bill.

One day later, the Department of Corrections acknowledged the campaign in announcing the change, saying it "appreciates and values the comments and feedback it has received in recent days regarding sanitary napkin products provided to female inmates."

For his part, Shope said he is glad for the change.

"Every human being is deserving of respect," he said in a statement published by CNN. "When I first became aware of this issue, I reached out to (the Arizona Department of Corrections) and urged them to explore changing the policy, as an administrative change can be implemented much quicker than a change in statute."

Hi @TJShopeforAZ! I’m a gynecologist. I would be happy to explain to you how the menstrual cycle works and the importance of feminine hygiene products to maintain personal and public health. In the meantime please give #HB2222 a hearing. #LetItFlow @ACOGAction @AthenaSalman

@TJShopeforAZ Female biology is a fact of life as are pads and tampons. It's unconscionable that women are forced to ask for pads and work for tampons. Justify why you won't allow HB2222 to get a hearing! And tell Jay Lawrence to grow up. #LetItFlow

Robbie Sherwood, spokesman for Arizona House Democrats, told CNN that they are no longer pushing for HB 2222 this session, since they view the department's policy change as a victory.

But Salman said she is not letting down her vigilance: She wants to see the policy codified so that it cannot be undone following a change in leadership, and she said she wants to make sure it is implemented as promised.

"I also have a commitment from the governor's office to explore expanding the policy to include tampons," she said in a statement on Thursday.