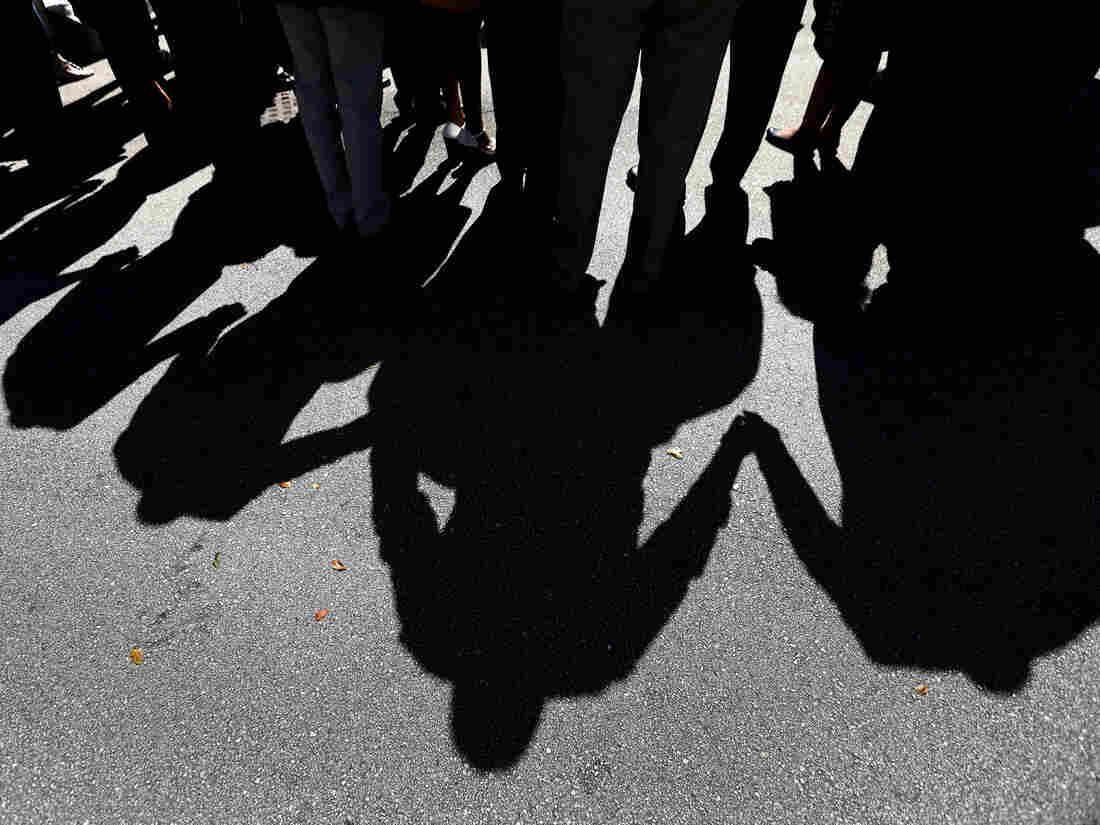 People gather for a memorial one day after the deadly shooting in Parkland, Fla. Experts warn that Russians are exploiting the tragedy on social media. Carolyn Cole/LA Times via Getty Images hide caption 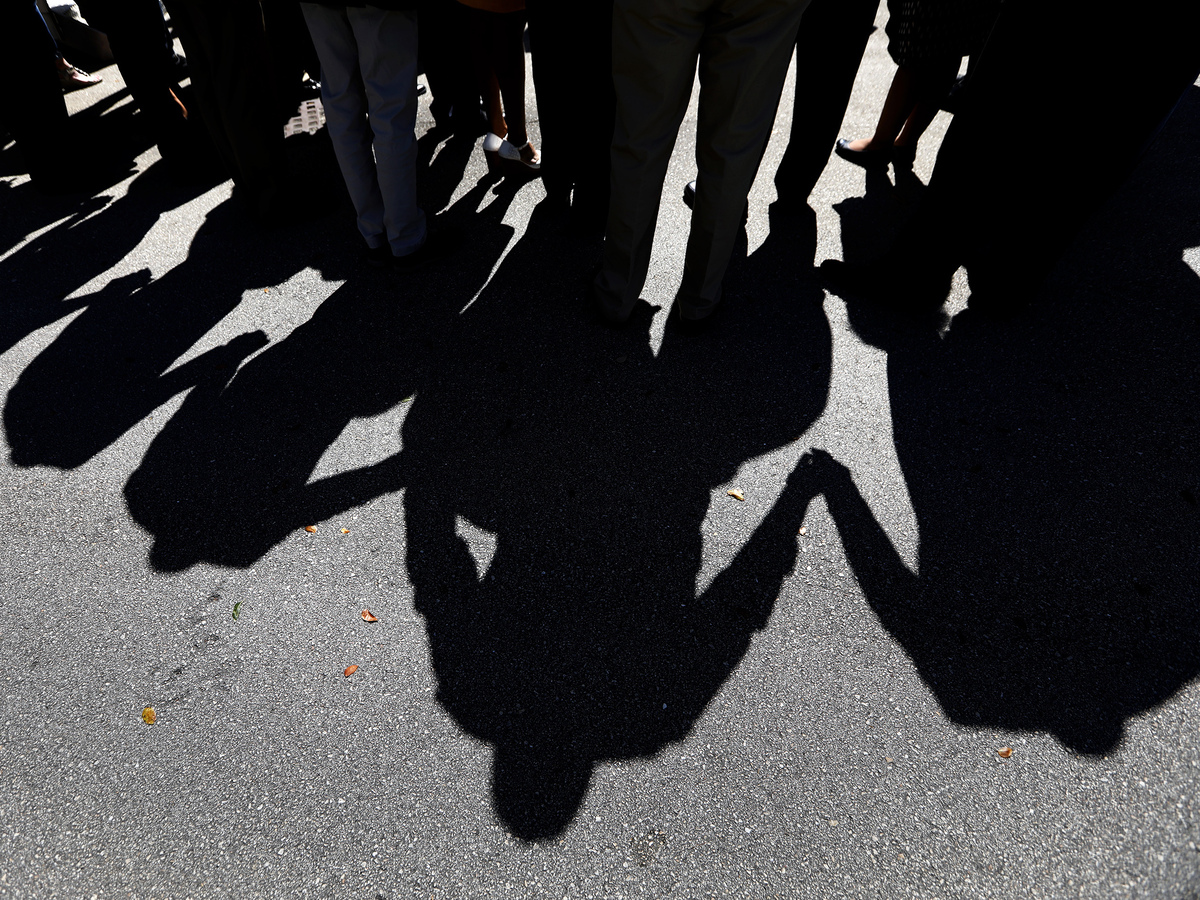 People gather for a memorial one day after the deadly shooting in Parkland, Fla. Experts warn that Russians are exploiting the tragedy on social media.

As the news broke of a school shooting in Parkland, Fla., on Wednesday, hundreds of Twitter accounts believed to be under Russian sway pivoted.

Many had been tweeting about places like Syria and Ukraine — countries where Russia is seeking to strengthen its influence. Suddenly the accounts shifted to hashtags like #guncontrol, #guncontrolnow and #gunreformnow. Tweets mentioning Nikolas Cruz, the name of the shooting suspect, spiked.

For Bret Schafer, an analyst with Hamilton 68, a site tracking Russian influence on Twitter, the pattern is becoming all too familiar. Hamilton 68 follows 600 accounts run by the Russian government, Russian trolls, bots and individuals sympathetic to the Russian point of view. Data collected by the site over the past few months suggests that Russian social media accounts are now regularly seizing on divisive or tragic news to rile up segments of American society.

"The Kremlin doesn't care about gun control in America, they have no skin in this game," Schafer says. Accordingly, some accounts tracked by Hamilton 68 spew extreme, pro-gun rhetoric. Others attack the National Rifle Association. "By taking an extreme hyper-partisan position, it just serves to further rip us apart," Schafer says.

American intelligence services are increasingly concerned about Russian accounts in social media. At a hearing the day before the shooting, Dan Coats, the director of national intelligence, warned that cyberwarfare, including on social media, were one of his "greatest concerns."

The intelligence community's annual threat assessment, also out Tuesday, warns that Russia in particular will use social media "to try to exacerbate social and political fissures in the United States." The report predicts those attacks are likely to target the upcoming 2018 midterm elections.

Schafer says that the Russian accounts his organization tracks now follow a well-worn path. First, he says, they tweet out news and breaking developments. This helps them to gain attention and attract new followers. Then they begin tweeting highly inflammatory material to fan the flames of partisanship.

Finally, Schafer says, the accounts shift to conspiracy theories. "They build this narrative of, 'You are being lied to by the government, by the media, by everyone else, so don't trust anyone or anything,' " he says. "It's not just divisive, there's an erosion quality to it as well — of eroding trust."

By Friday morning, new hashtags surged on the network tracked by Hamilton 68. They included #fbicorrpution and #falseflag.