Accessibility links
Alleged Ex-Trump Paramour Says 'Catch And Kill' Practice Kept Her Quiet : The Two-Way Karen McDougal spoke to The New Yorker, in her first on-the-record remarks about an agreement she signed with the National Enquirer's parent company about the alleged 2006 affair. 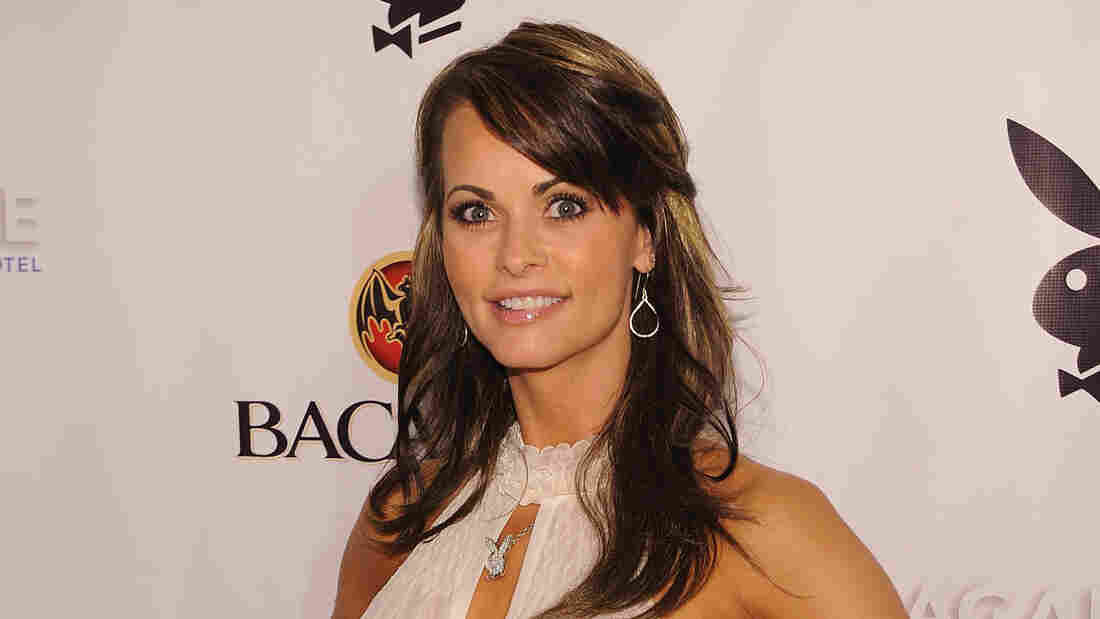 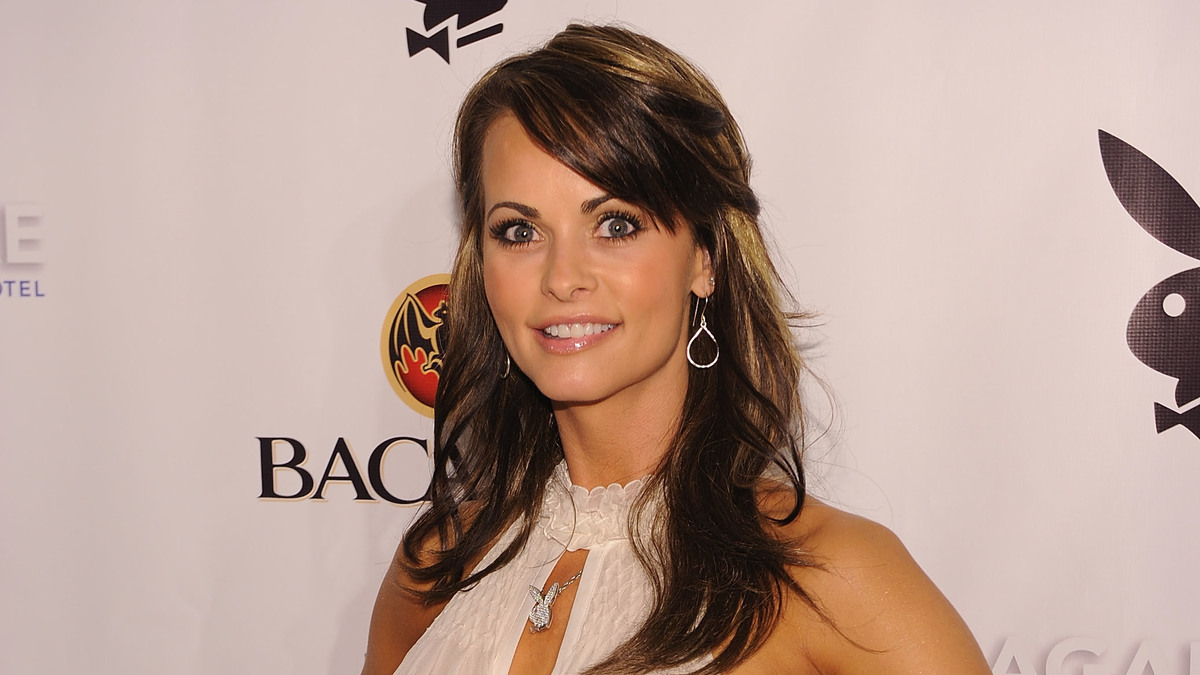 Karen McDougal, photographed in 2010, some four years after an alleged affair with Donald Trump.

A woman who had an alleged nine-month sexual relationship with Donald Trump more than a decade ago, is speaking on the record for the first time about signing a document from an apparent Trump media ally that effectively silenced her story.

"At this point I feel I can't talk about anything without getting into trouble," McDougal told Farrow. "I'm afraid to even mention his name."

Farrow reports, "On August 5, 2016, McDougal signed a limited life-story rights agreement granting A.M.I. exclusive ownership of her account of any romantic, personal, or physical relationship she has ever had with any 'then-married man.'"

The Wall Street Journal first reported on the agreement in 2016, saying A.M.I., whose C.E.O and chairman, David Pecker, has called Trump "a personal friend," paid McDougal $150,000 for the rights to her story.

The magazine never published a piece about it.

The company said that is because it did not find the story credible, Farrow reports.

Of the $150,000 A.M.I. reportedly paid, McDougal received about $80,000 after others involved in the deal took fees, Farrow reports. The company also reportedly agreed to publish regular columns authored by McDougal and feature her on two covers — arrangements it has yet to deliver on.

McDougal said she didn't have a full grasp of the A.M.I. agreement before signing it.

"I knew that I couldn't talk about any alleged affair with any married man, but I didn't really understand the whole content of what I gave up," she told Farrow.

A.M.I. said McDougal's contract — amended after President Trump won the election — allowed her to "respond to legitimate press inquiries" about the affair, according to Farrow.

"Really the important ramifications of this story are the way in which it illustrates a system used by some of the most powerful men in this country, that includes leveraging tabloid media institutions to what employees of A.M.I. called 'catch and kill' stories," Farrow told Morning Edition's Rachel Martin.

Farrow adds, "that effort is ongoing, as of a few days ago to the benefit of a sitting president."

As Farrow reported in the article, A.M.I. seemed to express greater interest in McDougal after stories about pornographic actress Stormy Daniels' alleged affair with Trump began to swirl in recent weeks:

"In an e-mail on January 30th, A.M.I.'s general counsel, Cameron Stracher, talked about renewing her contract and putting her on a new magazine cover. The subject line of the e-mail read, 'McDougal contract extension.'"

(On Wednesday, Trump's personal attorney said he himself paid $130,000 to Daniels, whose real name is Stephanie Clifford.)

Farrow told NPR that he spoke to six former A.M.I. employees for the story, who told him, "that this system affords the person who catches the story, in this case the executives at American Media, leverage over the celebrity. And in this case, that leverage is with respect to the sitting president of the United States."

Farrow paraphrased one former A.M.I. worker as saying, "They know where the bodies are buried. They can hold this story over the president."

In a statement to The New Yorker, the company said, "The suggestion that AMI holds any influence over the President of the United States, while flattering, is laughable."

The relationship was reportedly sparked after McDougal and Trump met at the Playboy Mansion in 2006, while he was married to Melania Trump and their son, Barron, was a baby.

In a statement to The New Yorker, a White House spokesperson said Trump denied the affair:

"This is an old story that is just more fake news. The President says he never had a relationship with McDougal."

McDougal told Farrow she is a Republican and had hesitated to tell her story, "because she feared that other Trump supporters might accuse her of fabricating it, or might even harm her or her family. "

McDougal says she is also worried about A.M.I. retaliating against her for talking. But she said she was inspired to speak out now, in part, by the #MeToo movement.

"I just think I feel braver," McDougal told Farrow. "Every girl who speaks," she added, "is paving the way for another."