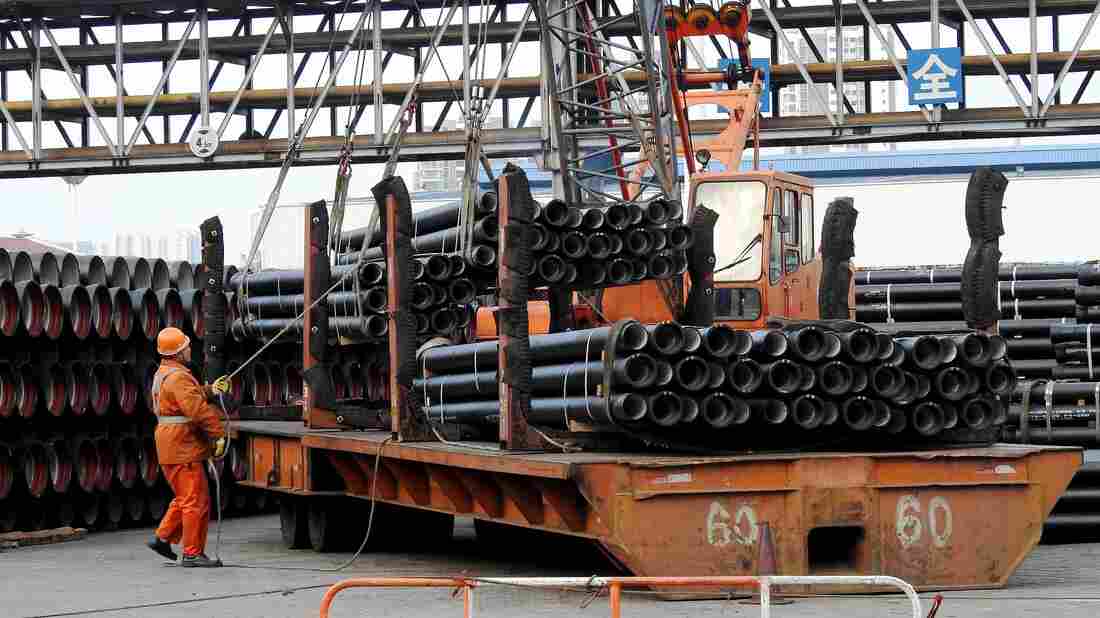 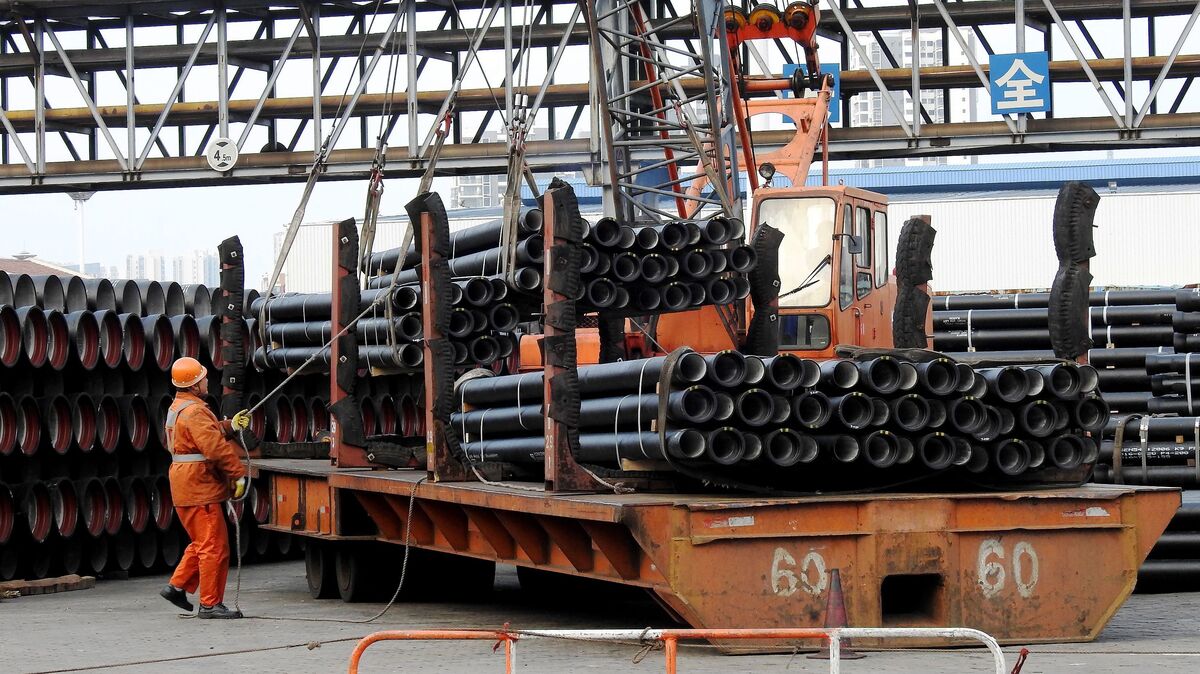 A Chinese worker loads steel tubes onto a truck in China's Jiangsu province in 2016. The Trump administration is considering imposing steep tariffs on imported steel and aluminum.

The recommendations, made after a 10-month investigation, are based on a seldom-used statute that aims to protect critical defense-related businesses.

Trump has until April to decide whether to act on the Commerce Department's recommendations.

Several Republican lawmakers urged Trump to move cautiously. They worry that slapping tariffs or quotas on imports could spark a trade war.

"I would just urge us to go very, very cautiously here," said Sen. Pat Toomey, R-Pa. "Invoking national security when I think it's really hard to make that case invites retaliation that could be problematic for us."

Sen. Roy Blunt, R-Mo., warned that import restrictions could also drive up prices for U.S. businesses that use steel and aluminum as well as for American consumers.

The recommendations are also likely to face opposition from some quarters of the administration. Although Trump campaigned on a protectionist platform, he has taken only modest action so far to restrict imports. Last month he ordered tariffs on imported washing machines and solar panels.

During Trump's first year in office, the U.S. trade deficit grew by 12 percent.

The Commerce Department argues that growing imports of steel and aluminum — driven in part by overproduction in China — have so weakened America's producers that a future military mobilization could be at risk.

The department notes that employment in the aluminum industry fell by 58 percent between 2013 and 2016, while employment in the steel industry dropped 35 percent in the past 20 years. America now imports 90 percent of its primary aluminum. And only one company in the country produces the high-quality aluminum alloy used for military aerospace purposes.

The department suggests a variety of ways the United States can act to restrict imports.

For steel, the recommendations are:

The Alliance for American Manufacturing, which represents American steel manufacturers and the steelworkers union, cheered the recommendations.

"Trump is one step away from taking historic action to defend American jobs and security," said alliance President Scott Paul. "American workers are counting on President Trump to stand up for them."

A previous version of this story incorrectly said President Trump met with lawmakers on Monday. The White House meeting was on Tuesday.