Accessibility links
Pakistan: Zainab Ansari's Confessed Killer Sentenced To Death : The Two-Way The world was moved by a viral photo of the 7-year-old girl, whose body was found on a trash heap in January. 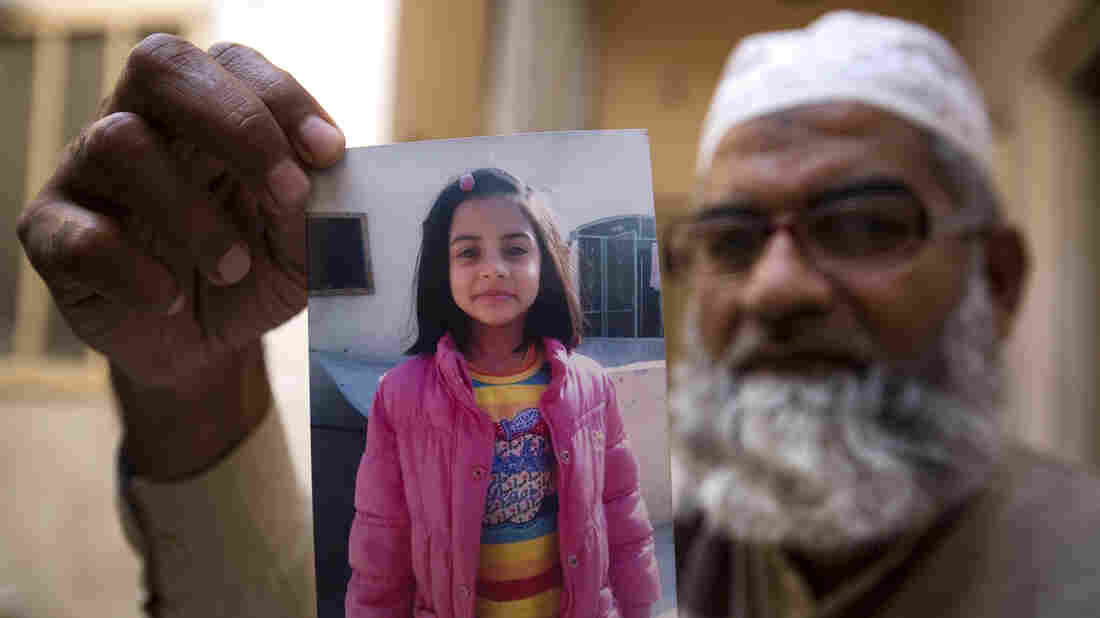 Mohammed Amin shows a picture of his 7-year-old daughter, Zainab Ansari, in Kasur, Pakistan, on Jan. 18. On Saturday, a 24-year-old local man, found guilty in her murder, was sentenced to die. B.K. Bangash/AP hide caption 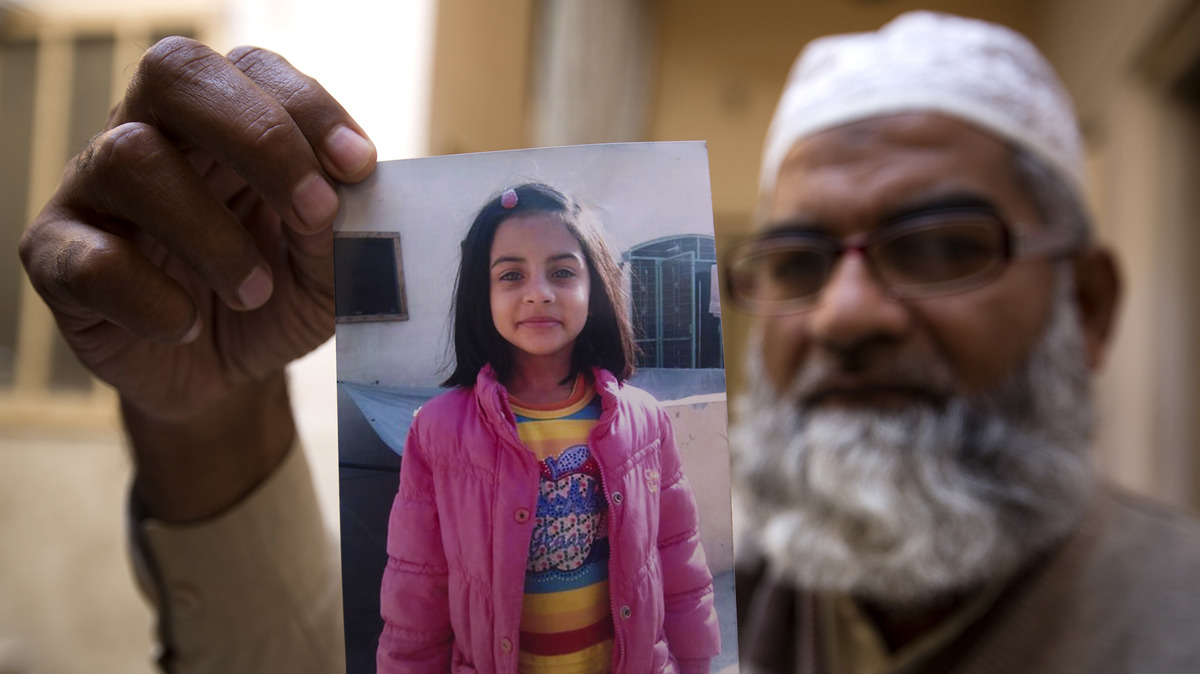 Mohammed Amin shows a picture of his 7-year-old daughter, Zainab Ansari, in Kasur, Pakistan, on Jan. 18. On Saturday, a 24-year-old local man, found guilty in her murder, was sentenced to die.

Her murder triggered rioting in Pakistan and rippled the world-over, and on Saturday the man convicted in 7-year-old Zainab Ansari's death was sentenced to die four times over.

Her body was found on a trash heap on Jan. 9 in the city of Kasur near Lahore, four days after she was reported missing.

Prosecutors say Imran, 24, is a serial killer who has also admitted to killing several other children.

He was arrested two weeks after Zainab's body was found. Police say they found DNA evidence linking him to Zainab as well seven other girls, reports Reuters. He will be tried in the other cases at a later date, according to the wire service.

The world was moved by a viral photo of Zainab, her hair held back by a pink barrette, wearing her favorite pink jacket, reports the AP.

In Kasur, protesters angered at what they perceived as authorities' inaction, smashed police cars and tried to burn down the police station; two people died in clashes.

But in Zainab's small town, her death was not unique.

As NPR's Diaa Hadid has reported, "Once famed for its Sufi shrines, Kasur, Pakistan, is now synonymous with darkness. During a period of two years, at least 13 children have been raped and killed in this city of less than a million people in Punjab, Pakistan's most populous state."

In 2015, police uncovered what they called a pedophilia ring responsible for the abuse of hundreds of local children. At least two people have been convicted in connection with that case, reports Reuters.

Zainab's father, Mohammed Amin Ansari, was in court when Imran's sentence was handed down. He gave thanks for what he called speedy justice and also called for a public execution.

"My daughter has gone, she will not come back, but I want to save daughters of other people," he said, according to the AP.

Sahil, a children's advocacy group, says at least 10 children suffer sexual abuse each day in Pakistan. And those are just the cases that are reported.

Diaa has reported, Zainab's death may have already made a difference:

"In Pakistan, it had been seen as shameful to talk about sex abuse. But after Zainab's disappearance, some prominent Pakistani women spoke publicly about what they endured as children. A few dozen families across Pakistan also came forward to report that their children were abused, according to Sahil."