Accessibility links
Trump Says FBI Missed 'Signals' Of Florida School Shooting Because Of Russia Probe : The Two-Way Trump's flurry of weekend tweets about the Russia investigation and the latest school shooting drew condemnation from both sides of the aisle. 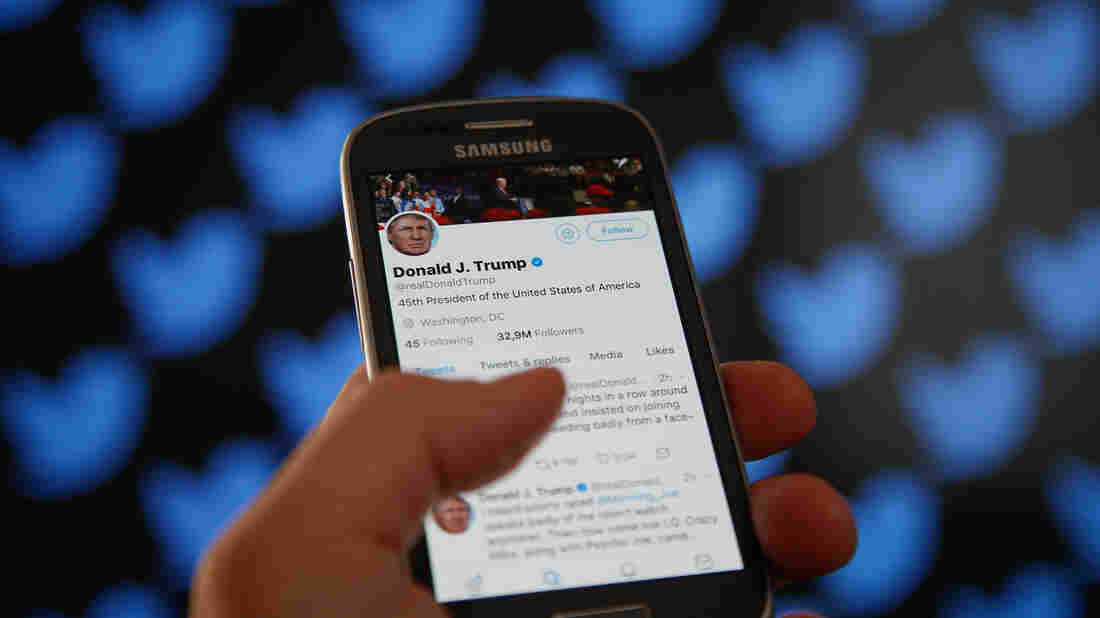 Amidst a hail of tweets over the weekend, President Trump said the FBI is spending too much time on the Russia investigation and missed signs of the deadly Florida school shooting. NurPhoto/NurPhoto via Getty Images hide caption 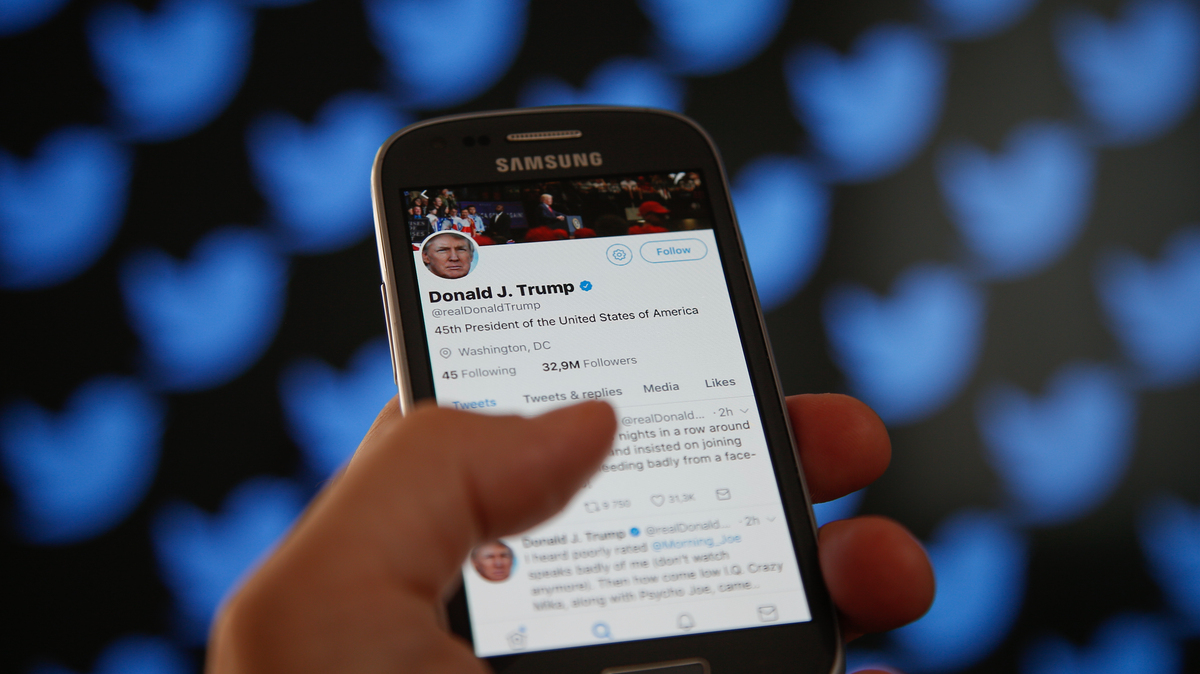 Amidst a hail of tweets over the weekend, President Trump said the FBI is spending too much time on the Russia investigation and missed signs of the deadly Florida school shooting.

President Trump spent the weekend at his Mar-a-Lago resort tweeting about the Russia investigation after a federal grand jury on Friday indicted 13 Russians and three Russian companies in connection with what prosecutors describe as a covert Russian campaign to help Trump win the presidency.

Trump repeatedly asserted that his campaign didn't collude with anyone to win the 2016 election, but his reference to Wednesday's massacre at Marjory Stoneman Douglas High School, in a bid to prop up his no-collusion-case, stood out.

"Very sad that the FBI missed all of the many signals sent out by the Florida school shooter. This is not acceptable," Trump wrote. "They are spending too much time trying to prove Russian collusion with the Trump campaign - there is no collusion. Get back to the basics and make us all proud!"

Very sad that the FBI missed all of the many signals sent out by the Florida school shooter. This is not acceptable. They are spending too much time trying to prove Russian collusion with the Trump campaign - there is no collusion. Get back to the basics and make us all proud!

On Jan. 5, more than a month before the shooting, the FBI said it got a tip about suspect Nikolas Cruz, who has been charged in the attack on his former high school but that the agency had failed to follow up on the call.

FBI Director Christopher Wray said in a statement Friday that the agency is conducting a review of what went wrong.

"We have spoken with victims and families, and deeply regret the additional pain this causes all those affected by this horrific tragedy," he said.

Trump's tweet was condemned by members of both parties on Sunday.

Former acting Attorney General Sally Yates — whom Trump fired last year for refusing to impose a travel ban on Muslim majority nations — tweeted that the president was using "the tragedy to attack the investigation of a foreign adversary's interference in our democracy. Shameful."

Incomprehensible pain and loss at a high school, yet again, and it’s children who are the leading voices for action. Meanwhile, our president uses the tragedy to attack the investigation of a foreign adversary’s interference in our democracy. Shameful. https://t.co/ULo0gXUWhL

"I think it's an absurd statement," said former Republican presidential candidate and governor of Ohio, John Kasich, when asked about it on CNN's State of the Union.

He went on to say the "FBI apparently made a terrible mistake, and people should be held accountable. But we need leadership out of the executive. This is a great opportunity for common sense steps that can be taken just in the area of background checks."

While Sen. James Lankford, R-Okla., did not address the FBI tweet specifically, he told NBC's Meet the Press host Chuck Todd he was bothered that Trump has not once condemned Russia in his many weekend tweets.

"Because Russia's clearly tried to advance their agenda into the United States," Lankford said. "The president's been very adamant to say he didn't collude. He's very frustrated that people seem to accuse the fact that the only reason he's president is because of some sort of Russian collusion."

"He certainly can't accept that this activity may have helped him," said John Podesta, former chair of Hillary Clinton's 2016 presidential campaign, in an interview on on CBS's Face the Nation.

"And I think he just constantly tries to move the ball away, including what was, I think, really a despicable tweet about the fact that he's blaming the FBI for investigating the Russia investigation and somehow relating that to the tragic killings in Florida," said Podesta, whose emails were released by WikiLeaks ahead of the election, after allegedly being hacked by Russia

While Friday's indictment said Russians were in contact with "unwitting members, volunteers, and supporters of the Trump campaign" it did not accuse the campaign of knowingly coordinating with them.

White House officials say they are planning to hold events on school safety involving students, teachers and state and local officials next week.

Meanwhile, the community in and around Parkland, Fla., spent the weekend holding rallies, vigils and funerals for its 17 dead.