Accessibility links
Oxfam: Witness Threatened In Sexual Exploitation Inquiry : The Two-Way In a heavily redacted report of its 2011 inquiry into the hiring of prostitutes in Haiti, Oxfam said three staff members physically threatened a witness interviewed by investigators. 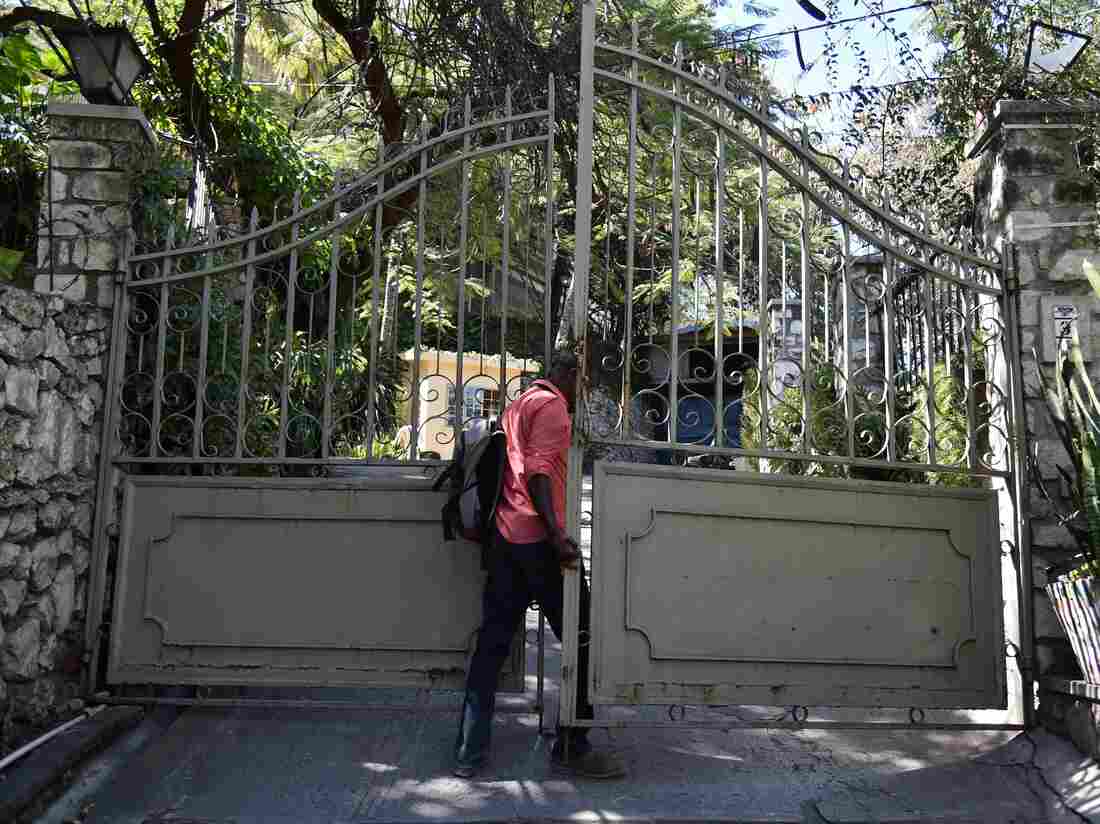 View of the entrance of the Oxfam offices in the commune of Petion Ville, in Port-au-Prince, last week. The British charity has come under sharp criticism for its handling of misconduct allegations against staff members accused of using prostitutes in Haiti following a devastating 2010 earthquake. Hector Retamal/AFP/Getty Images hide caption 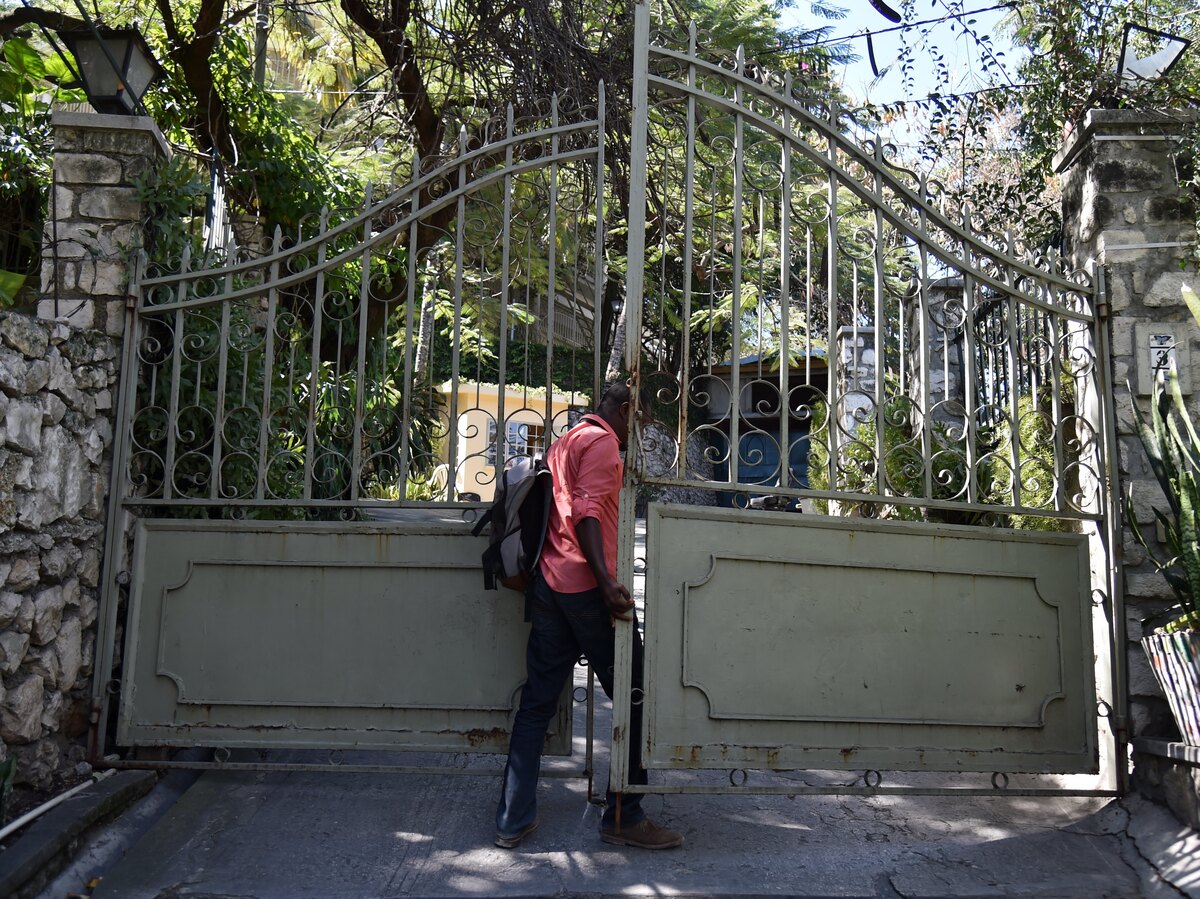 View of the entrance of the Oxfam offices in the commune of Petion Ville, in Port-au-Prince, last week. The British charity has come under sharp criticism for its handling of misconduct allegations against staff members accused of using prostitutes in Haiti following a devastating 2010 earthquake.

Oxfam International says three members of a team it deployed to Haiti in 2010 who were investigated for sexual exploitation there threatened a key witness in the inquiry.

The U.K.-based aid group has come under intense scrutiny in recent weeks after The Times of London reported that some of its staff working in the Caribbean country after a devastating earthquake had hired local prostitutes. Oxfam's senior official in Haiti at the time was among those implicated.

In a heavily redacted final report of its 2011 inquiry released by Oxfam on Sunday, the relief organization says a total of seven team members, whose names are obscured in the report, were disciplined – four were dismissed, two resigned and one was given a written warning.

Two members who were dismissed and one who resigned were cited for "bullying and intimidation" of an Oxfam staff member interviewed as a witness by the investigative team. Elsewhere in the report, the behavior directed at the witness was described as "physically threatening and intimidation."

The report also sheds light on Country Director Roland Van Hauwermeiren's departure. Van Hauwermeiren's was one of the few names left unredacted in parts of the report, which says he admitted to "use of prostitutes in [Oxfam] premises" and "[negligence] and failure to safeguard employees – in particular, female employees."

The report says the action taken was "resignation with immediate effect" but that Van Hauwermeiren "[negotiated] a month notice period and left the organization on Aug. 24 [2011]."

In a press release sent out with the report, Oxfam said measures put in place since the inquiry seven years ago, "mean that the case would be handled differently today, but it is clear that there is much more to be done."

"We are making this exceptional publication because we want to be as transparent as possible about the decisions we made during this particular investigation and in recognition of the breach of trust that has been caused," Oxfam said.

"We are also meeting with the government of Haiti to apologize for our mistakes and discuss what more we can do, including for the women affected by these events. We hope this also contributes to rebuilding trust with those who support our work," it said.

Why Sex Scandals Persist In The Humanitarian Aid World

That came days after Byanyima's deputy, Penny Lawrence, resigned over the scandal, acknowledging that she was "ashamed" that the behavior had taken place while she was program director for Oxfam.