Accessibility links
Nicolas Maduro Calls Out President Donald Trump On Twitter, Requesting Dialogue : The Two-Way The U.S. has put sanctions on the Venezuelan president and labeled him a "dictator." Nicolas Maduro's tweet Monday came not long after he was uninvited from a summit of Western Hemisphere countries. 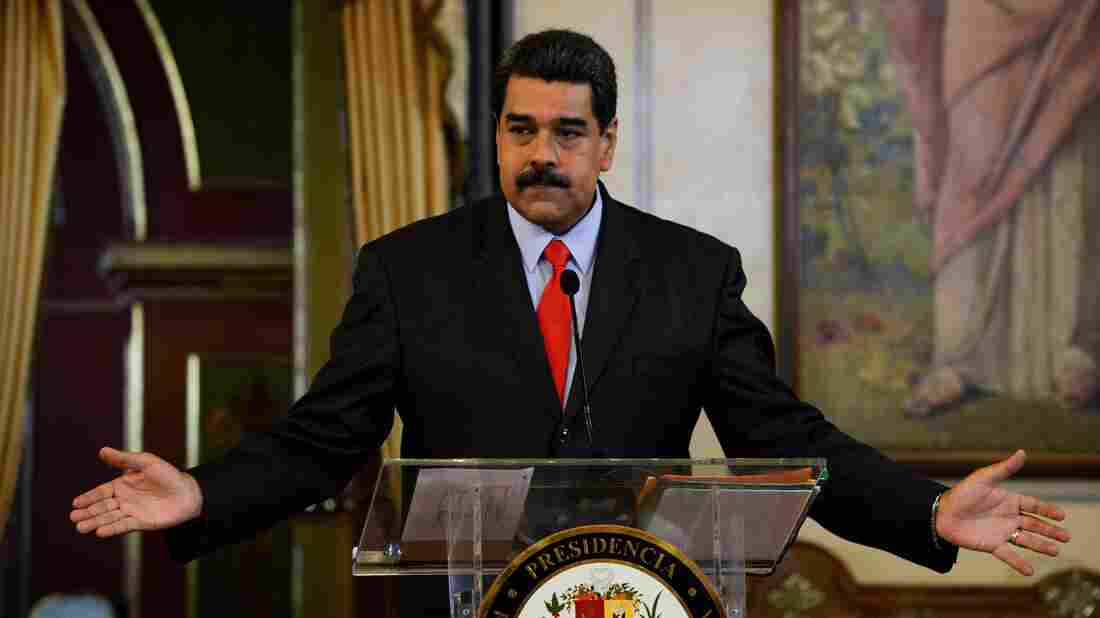 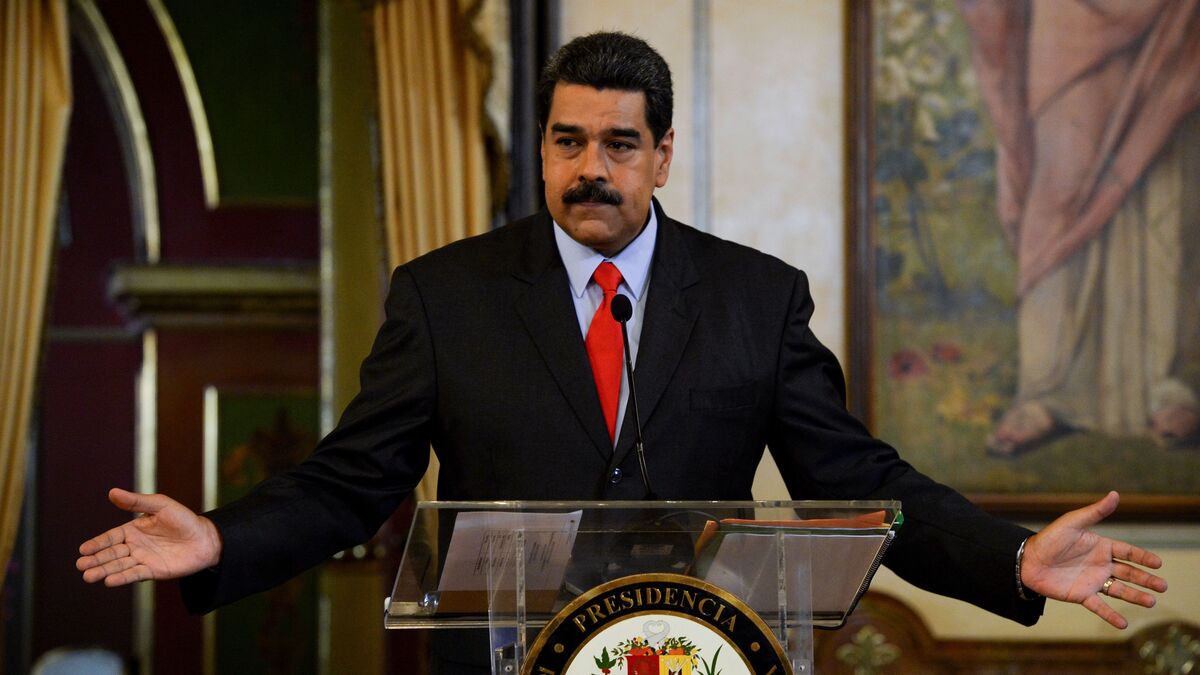 Venezuelan President Nicolas Maduro has offered an overture to his U.S. counterpart on Twitter, using President Trump's preferred medium Monday to ask for talks between the two countries.

Trump "campaigned promoting non-interference in other countries' domestic affairs," Maduro tweeted, tagging the U.S. president's account. "The time has come to fulfill it and change your agenda of aggression for one of dialogue.

"Dialogue in Caracas or Washington DC?" he added. "Time and place and I'll be there."

The surprise olive branch comes less than a week after Maduro was told he would "no longer be welcome" at the Summit of the Americas, a policy meeting that brings together heads of state from throughout the Western Hemisphere. Peru, the host country for the April gathering, uninvited Maduro after his government called an early presidential election to be held just over a week after the summit, and his supporters on the country's Supreme Court barred Venezuela's principal opposition coalition from participating.

Both moves have been condemned as intended to rig the results from the outset.

The U.S., which has already imposed sanctions on Maduro and his regime and labeled the head of state a "dictator," has also declared that it has no intention of recognizing the upcoming election.

At the same time, the tweet of overture to Trump coincided with another major move by Maduro's government: On Tuesday, Venezuela launches presales of its planned "petro" cryptocurrency, a digital currency backed by the country's oil, gold and diamond reserves.

The launch has been billed by Maduro as a splashy entrance into "the world of the 21st century," but as journalist John Otis notes on Morning Edition, some critics have called the new cryptocurrency a scam.

"In terms of international investors, there are huge risks because these are barrels [of oil] that are not being developed, at all," Caracas analyst Jean Paul Leidenz tells Otis. "I mean, there are not even plans, or a project of a future joint venture exploiting these barrels."

The move is also born of desperation, at least in part: The country has been caught in a spiraling economic crisis, with the price of a single cup of coffee rising 718 percent in just the past 12 weeks alone, by Bloomberg's estimation. The publication says that, translated to an annualized pace, this recent hyperinflation reaches a staggering 448,025 percent.

At the same time, as NPR's Samantha Raphelson reports, it is estimated that Venezuela "is suffering from an 85 percent shortage of medicine."

The economic hardships have prompted many Venezuelans to seek sanctuary from the turmoil in neighboring Colombia. In turn, the Venezuelan government has voiced some incendiary suspicions.

"In Colombia, they are planning to bring back times that have already ended, like military bombing, a military invasion or the occupation — through blood and gunfire — of a peaceful country like Venezuela," Venezuelan Chief Prosecutor Tarek Saab said earlier this month, according to the Bogota Post.

"May Colombia understand that here we are going to fight and resist. We are not afraid," he reportedly said later, without offering proof of the alleged invasion plans.

The claims, which have been vehemently denied by Colombian leaders, came just a week after U.S. Secretary of State Rex Tillerson's visit to Bogota for talks with Colombian President Juan Manuel Santos.

Ahead of his South American trip earlier this month, Tillerson said the Trump administration is not pushing for a regime change, though he did suggest Maduro may face threats from within his own borders.

"In the history of Venezuela and in fact the history in other Latin American and South American countries, often times, it is the military that handles that," he said, according to Reuters. "When things are so bad that the military leadership realizes that it just can't serve the citizens anymore, they will manage a peaceful transition."

"Whether that will be the case here or not," he added, "I do not know."

Trump, for his part, did not immediately respond to Maduro's tweet Monday calling for dialogue.