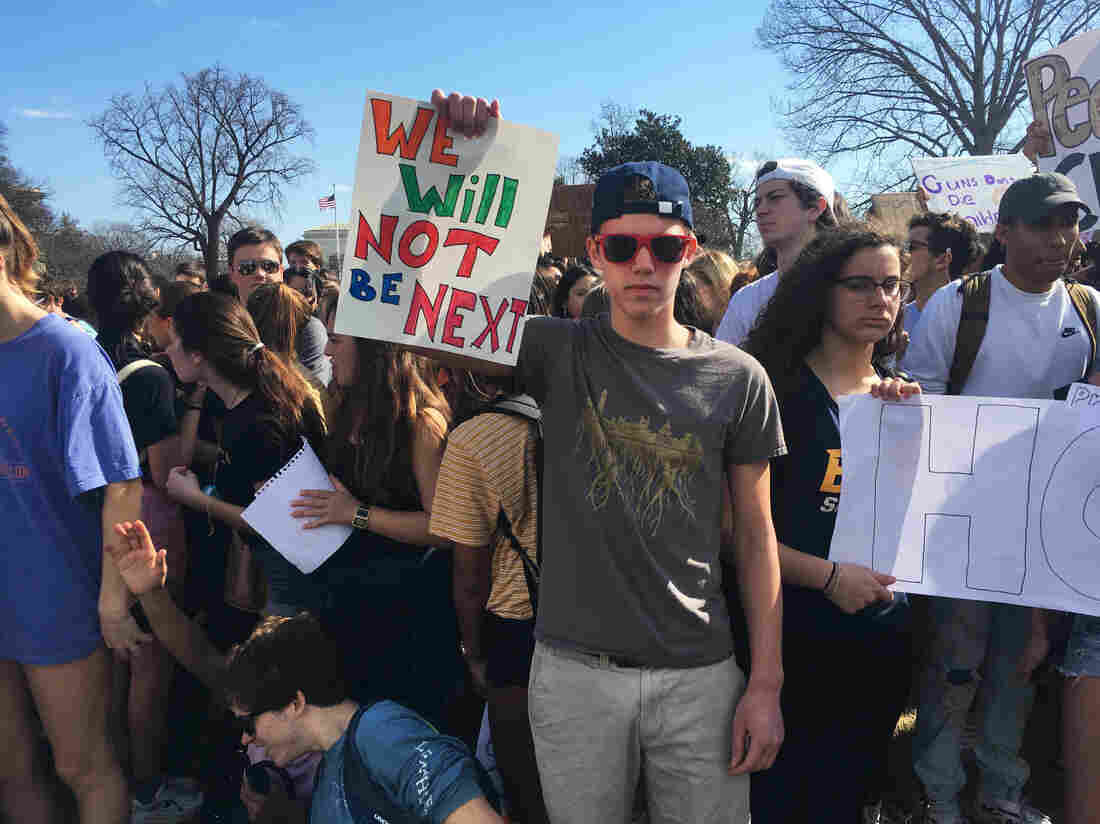 Hundreds of students in the D.C. metro area marched to the Capitol and the White House Wednesday, demanding an end to school violence. Mikaela Lefrak/WAMU hide caption 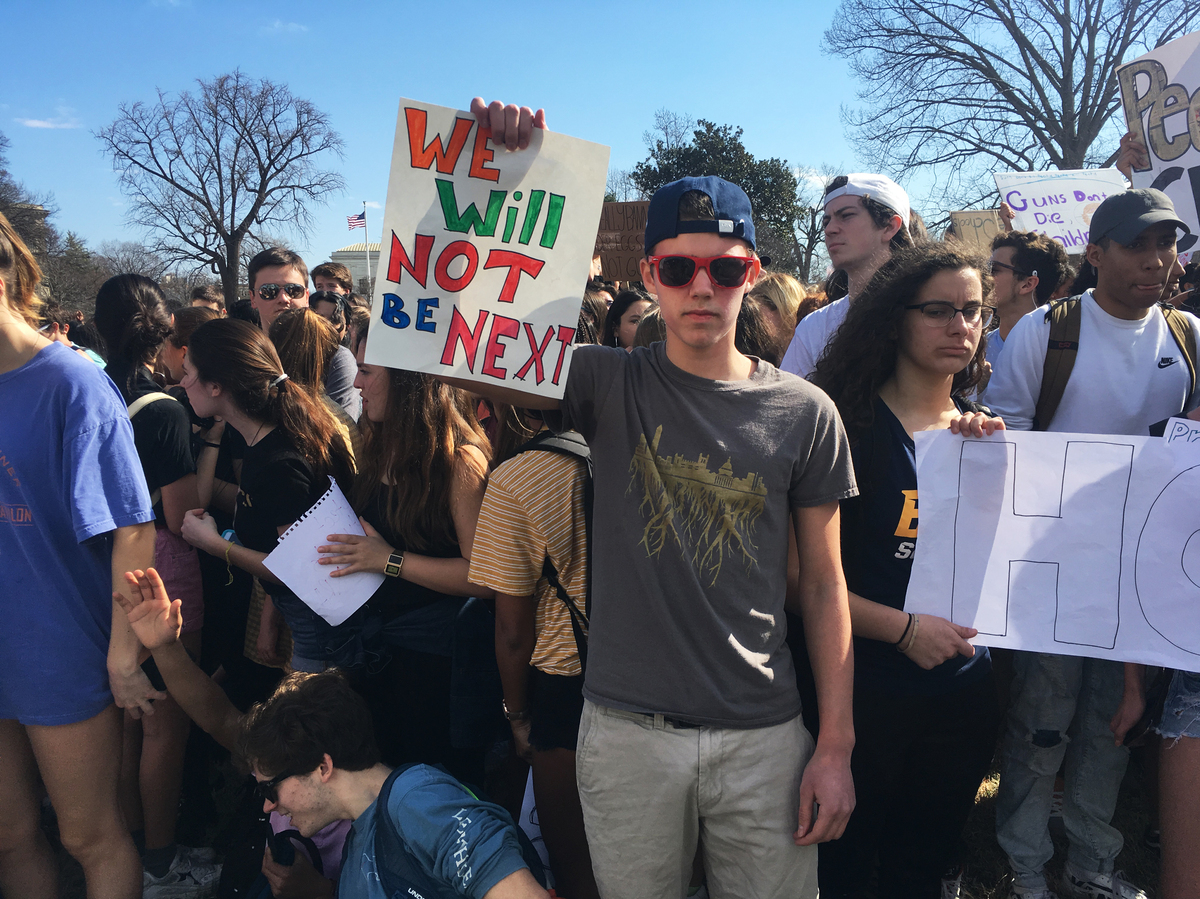 Hundreds of students in the D.C. metro area marched to the Capitol and the White House Wednesday, demanding an end to school violence.

In the seven days that have followed the massacre at Marjory Stoneman Douglas High School that killed 17 people, students from the Florida campus have moved from terror to grief to activism, inspiring a national youth-led protest against political inaction on gun reform.

On Wednesday, the Parkland students — still mourning and fueled by anger — made their way to the state capitol in Tallahassee to confront lawmakers to demand a ban on assault weapons.

But as NPR reported, while Florida House lawmakers opened the day's session with a prayer for the victims, they did not open debate on a bill that would ban assault weapons and large-capacity ammunition magazines.

'We Will Not Give Up': Fla. School Shooting Survivors March For Tougher Gun Laws

Still, the Parkland victims' protest has mobilized students all over the country who are fearful of yet another fatal school shootings. From coast to coast teens are staging walk outs of their own, urging national and local legislators to enact laws that might prevent future gun violence in schools.

Dozens of students in Bellingham, Wash., began preparing for the walk-out gathering to make signs late Tuesday night. They planned to leave their classrooms at 11:22 — the same time as the Parkland shooting.

In an television interview with KOMO News, one student who's not quite 18 years-old and withheld her name said, "We can't vote, so this is our voice. We're just hoping to make a change by having our voices heard."

High school students in Missoula, Mont., trudged through the snow to participate in the national movement. The yelled, "This is what democracy looks like," as they took their protest to Sen. Steve Daines' (R- Mont.) office.

Hellgate High School protests gun violence. They are screaming “This is what democracy looks like.” pic.twitter.com/ZWLneG1xy0

In Minneapolis Fox 9 has been broadcasting video footage of high school students from the school district in a procession down city streets toward City Hall.

The network reported that "Minneapolis City Council members are working on language to vote on the city taking an official position favoring a statewide assault weapon ban."

School students all over the country are standing up, marching in the streets and showing us the kind of leadership America really needs. pic.twitter.com/fW7aiM3FJ9

Teen protesters from the D.C. metro area converged on the U.S. Capitol and in front of the White House. WAMU public radio reporter Mikaela Lefrak followed along as organizers read the names of the Florida shooting victims.

Teen organizers are reading the names of Florida shooting victims in front of the White House. Others sit in show of support for gun control legislation. @wamu885 pic.twitter.com/qq4Z7Wgrs0

Hundreds of students held up homemade signs as they marched across the National Mall. One read: "We want education without fear of annihilation."

Amid chants of “No more silence, end the violence” I met 18-year-old Isadora of Maryland holding this sign. pic.twitter.com/C4QwQHc3R9

The Hill reported hundreds of students from Maryland also made their way toward the U.S. Capitol to demand action on gun control.

New Jersey students from Southern Regional High School walked out of class and staged a rally on the campus lawn.

In addition to Wednesday's events Marjory Stoneman Douglas students are also planning a rally against school and gun violence called "March for Our Lives" in Washington D.C. on March 24.

For those who can't make it to D.C. they are encouraging organizers to lead local rallies and protests around the U.S. on the same day.

The Women's March youth branch, EMPOWER, is also organizing a national school walk out on March 14, the one month anniversary of the Florida shooting. CNN says the rallies are scheduled to begin at 10 a.m. in every time zone and last for 17 minutes — one for each victim who lost their life in the massacre.