Accessibility links
Widespread Flooding Brings Misery To Midwest : The Two-Way Officials attributed at least two deaths to the flooding, which has reached historic levels in some areas. 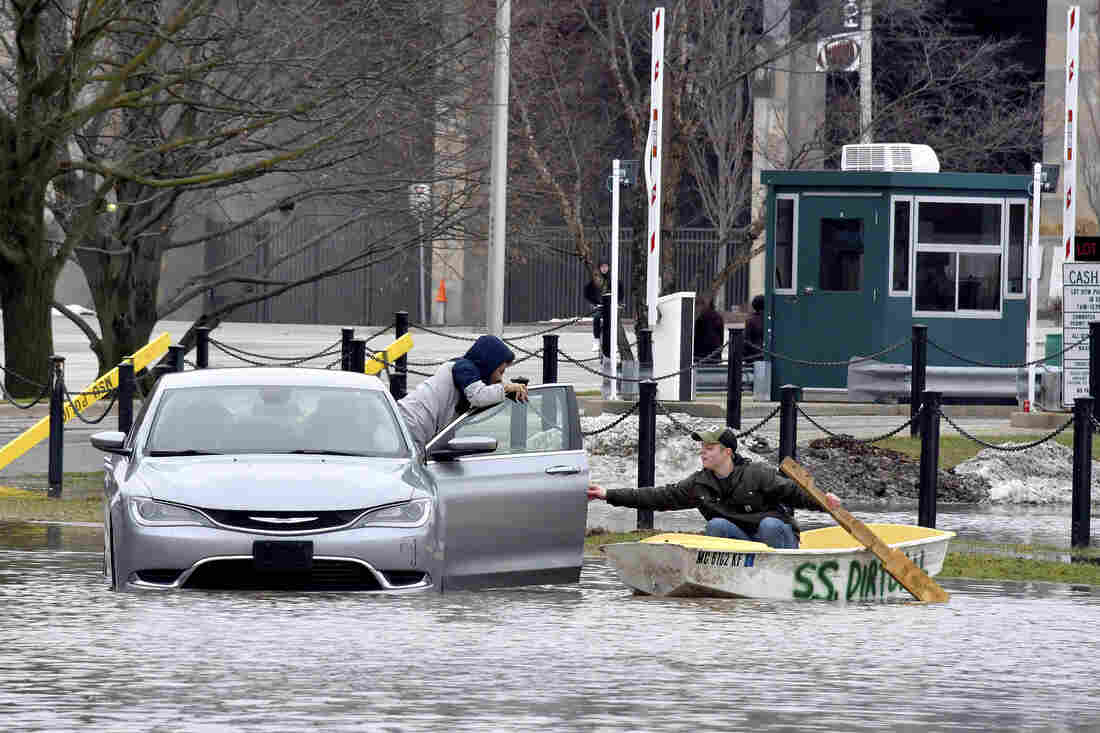 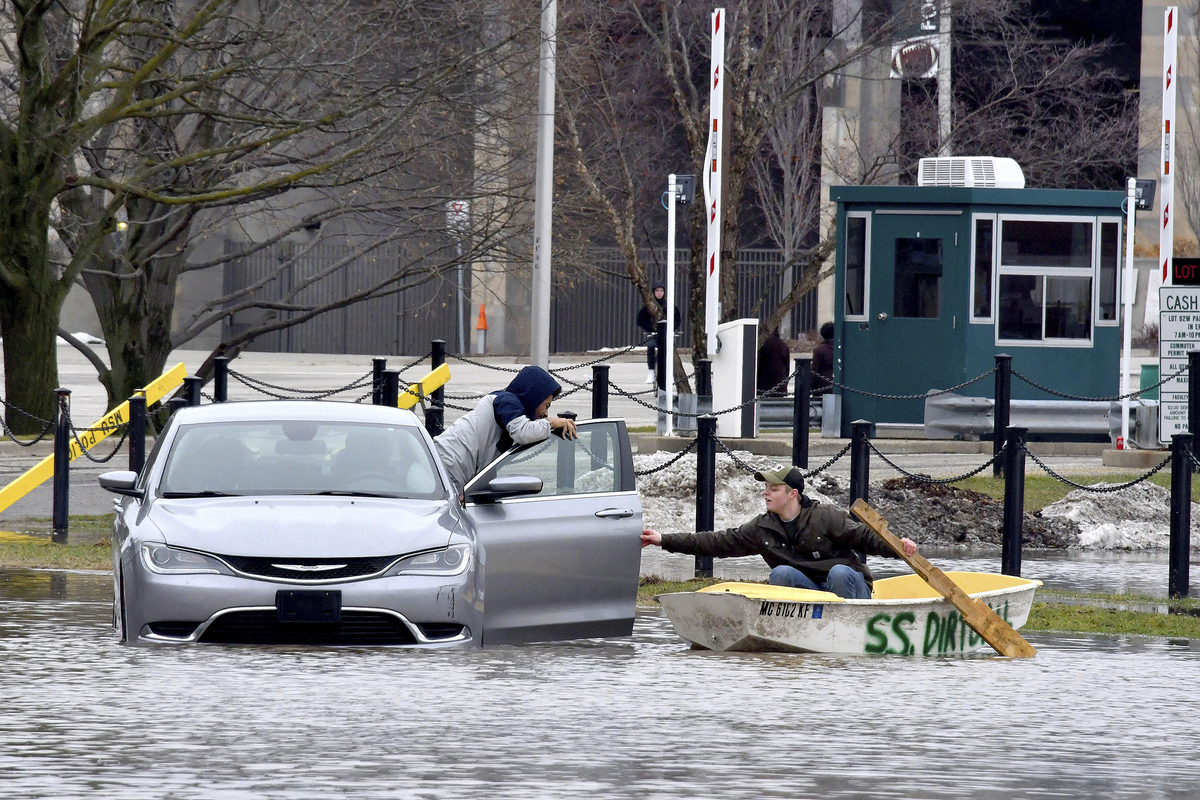 No immediate relief is in sight for a swath of the Midwest where heavy rain, melting snow and rising rivers have shuttered schools, closed roads and prompted several evacuations.

With rainfall — totaling several inches — not expected to let up until the weekend, the National Weather Service has issued flood watches and flood warnings throughout the region including parts of Missouri, Illinois, Indiana and Kentucky.

Michigan flooding: Evacuations, emergencies, and rivers that won't crest until next week https://t.co/fugDuqSd5f

The combination of rain and snowmelt has "many rivers nearing record flood stage from Chicago to Houston and areas to the east," said the Red Cross.

At least two deaths were attributed to the flooding. A 1-year-old girl died after falling into standing water Wednesday in central Michigan's Fairplain Township, according to the state police, reports The Associated Press. And in Will County, Ill., outside Chicago, a woman was killed after her car rolled over into a rain-filled ditch, reports The Chicago Tribune, citing state police.

High water spurred authorities in Flint, Mich., to shut roadways Tuesday after vehicles got stuck, in one case with floodwaters reaching the doors of a midsize car, reports MLive.

About 50 miles northeast in Lansing, a state of emergency was declared Wednesday "due to imminent flooding in various neighborhoods."

The LaSalle County Nursing Home in Ottawa, Ill., issued "a great big thank you" to volunteers who helped evacuate residents Tuesday night, as the nearby Illinois River has been rising.

South Bend, Ind., is experiencing historic flooding, said Mayor Pete Buttigieg, with the St. Joseph River rising to more than 11 feet — surpassing a record of 10.9 feet set in 1982, reports The South Bend Tribune. The river is expected to crest Thursday.

I spent my whole shift covering flooding in South Bend today. Obviously it's a sad situation when people are losing so much but this guy really had some interesting priorities. pic.twitter.com/1M1MfeP1ij

And the mayor of Goshen, Ind., said the Elkhart River also reached a historic level there on Wednesday and was only continuing to rise, reports Jennifer Weingart of member station WVPE.

"We're sort of uncertain because we're in new territory," Goshen City Council member Adam Scharf told Weingart as he bagged sand in a bid to keep the water away from his home. "It's gonna be a foot and a half higher than it's ever been in history, so we don't know exactly where it's gonna go. So we're just trying to prepare for the worst here."

"Everything I have is in there," Chris Roland told WBND TV. "And the thought of losing it all just makes me sick.

Where have you seen flooded areas today?

In Elkhart County, County Road 111 off of County Road 32 is seeing some flooding. These photos, shared with us by viewer Ashley Dercach, were taken at 2 p.m. pic.twitter.com/Sd01m242Wy

Evacuees filled at least one shelter to capacity in Elkhart, officials said. The Red Cross is operating shelters across Indiana, Illinois and Michigan.

The group advises anyone within a flood-prone area to take precautionary measures, including assembling an emergency kit, creating an evacuation plan that includes pets and paying close attention to flood updates and warnings.

The flooding prompted school closures in several districts this week including in Pulaski County, Ark., and the suburbs of Chicago.

In Mississippi's Delta region, residents were scrambling to pile sandbags Thursday, where a flood threat was in effect through Saturday from a rising Mississippi River, reports the AP.

A previous version of this story incorrectly gave Jennifer Weingart's last name as Weingarten in one reference.