Accessibility links
'Shape Of Water' Creators Sued Over Plagiarism Claims As Oscars Approach : The Two-Way The suit alleges the best picture nominee lifted its story, characters and even several snippets of dialogue from Paul Zindel's 1969 play, Let Me Hear You Whisper. 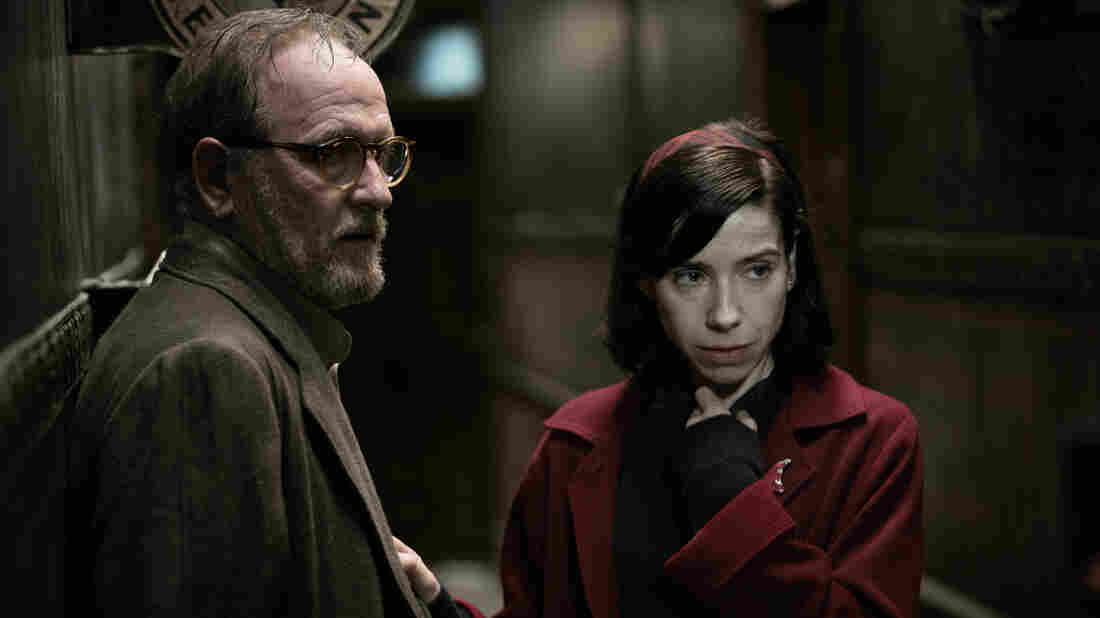 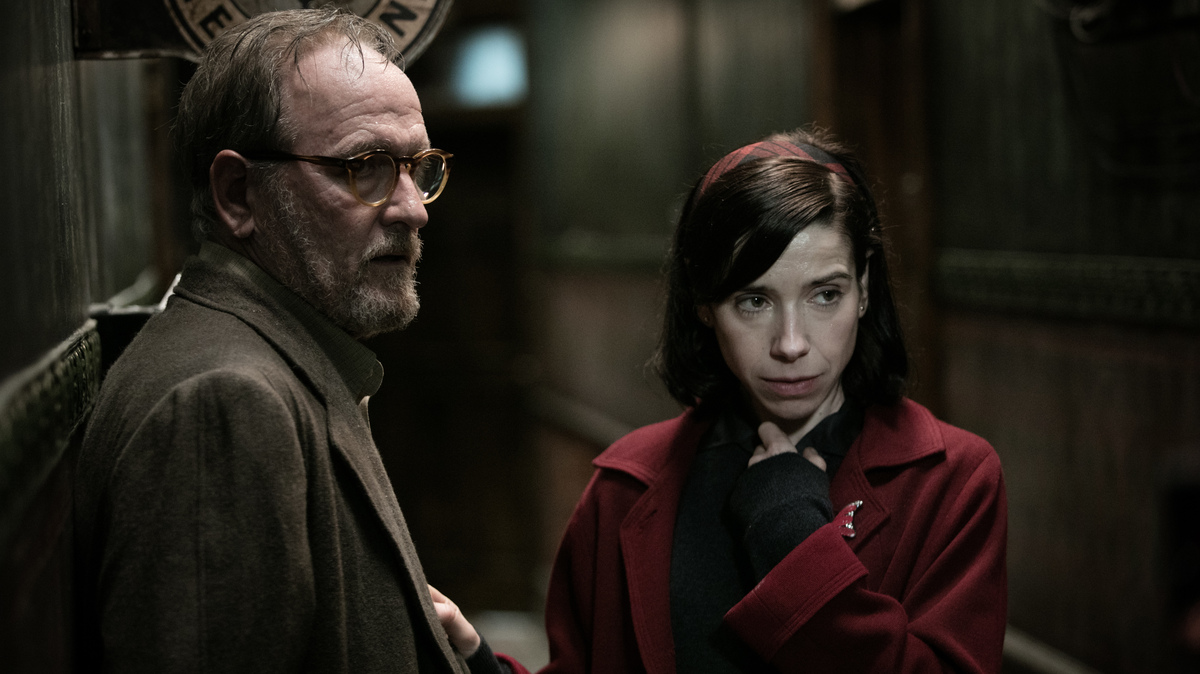 Richard Jenkins and Sally Hawkins star in the 13-time Oscar nominee The Shape of Water.

Less than two weeks before the Academy Awards, a leading best picture nominee has been slapped with a high-profile lawsuit. In a complaint filed Wednesday in U.S. District Court in the Central District of California, the estate of Paul Zindel alleges The Shape of Water "brazenly copies the story, elements, characters, and themes" of a 1969 work by the Pulitzer Prize-winning playwright.

The estate has sued director Guillermo Del Toro and associate producer Daniel Kraus, with whom del Toro says he crafted the film's premise, for stealing ideas from Zindel's Let Me Hear You Whisper — a play that also features a female janitor bonding with a supernatural aquatic creature and attempting to rescue it from a secret research laboratory's nefarious uses. The suit also names the companies responsible for the production and distribution of The Shape of Water and a planned novel based on the movie.

"My dad was a chemistry teacher before he became a Pulitzer Prize-winning author," Zindel's son David said in a statement emailed to NPR. "He was always so generous with his time to help and inspire students, teachers, librarians, and other writers; so it came as a total shock to us that his original work would be so blatantly and extensively taken. We are very grateful for the spontaneous outpouring on social media that first brought this injustice to our attention."

The complaint spends more than a dozen pages detailing the "overwhelming similarities" between the two works, including: their sinister Cold War-era research labs; their quiet, introverted female protagonists; the "garrulous" companions who work beside them as cleaning women; and the "fascinating aquatic creature" — in the film's case, a human-seeming amphibian, while Zindel featured an intelligent dolphin — "held captive inside a closed and claustrophobic glass water tank."

The suit also cites wide swaths of plot and peculiar details apparently shared by both, from the arc of the characters' relationship down to close echoes in snippets of dialogue.

"Indeed," the suit alleges, "without Zindel's Play, which artfully blended an emotional human drama with a highly original science fiction story, it is difficult to imagine that the Picture could have connected so profoundly with audiences and critics."

"I have never read nor seen the play. I'd never heard of this play before making The Shape of Water, and none of my collaborators ever mentioned the play," he told Deadline.

"I really cannot stomach the timing of this accusation," del Toro added, referring to the looming Academy Awards, which nominated his film in 13 categories, including nods for best director and best original screenplay. "It's pretty transparent what is happening here. To me, it's actually a relief to take something from the arena of opinion into the arena of fact and law."

Fox Searchlight defended the director, issuing a statement to Deadline that called the suit "wholly without merit."

"Furthermore, the estate's complaint seems timed to coincide with the Academy Award voting cycle in order to pressure our studio to quickly settle," the studio added. "Instead, we will vigorously defend ourselves and, by extension, this groundbreaking and original film."

David Zindel pushed back on the studio's suggestion of suspicious timing.

"This troubling matter was raised with Fox five weeks ago but was met with inertia," he said in his statement. "The glaring similarities between the film and our father's play are too extensive for us to ignore and so we had to act."

As The Guardian notes, this is not the first time The Shape of Water has drawn allegations of stolen ideas — nor is Zindel's estate the first to accuse the filmmakers of such plagiarism: French director Jean-Pierre Jeunet accused del Toro of lifting a scene from one of his films. And claims ran so rampant about similarities shared with the short film The Space Between Us — which also features an unlikely love between a female janitor and a fascinating aquatic creature held captive at a sinister research facility — that the creators of the film, the Netherlands Film Academy, felt it necessary to release a statement ultimately rejecting the rumors.

Del Toro himself listed a number of other films and TV shows that shared similarities with the premise of his film: "It's not a groundbreaking plot element," he acknowledged to Deadline.

"I have been at this 25 years and have an unimpeachable reputation," he added.

"I have always made it an element of my career to talk about my influences in every single movie I have made, in the comment track of DVDs, on Twitter, in my museum exhibitions. I have been open about the things I love, and I have had no problem discussing them and how they were transformational in my movies."