Accessibility links
Florida Lawmakers Advance Bill Requiring Schools To Display 'In God We Trust' : The Two-Way The bill's sponsor, Rep. Kimberly Daniels, said while "gun issues" need to be addressed "the real thing that needs to be addressed are issues of the heart." 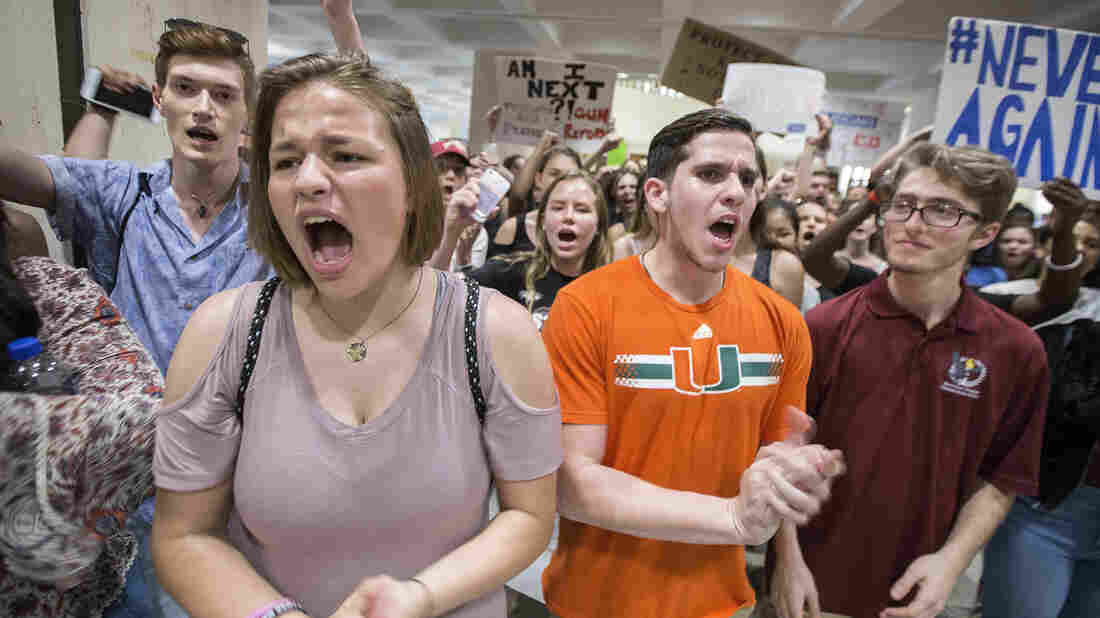 Students chant outside the Florida House of Representatives chamber in Tallahassee Wednesday. Lawmakers passed a bill that same day that would require public schools to display the motto "In God We Trust." Mark Wallheiser/AP hide caption 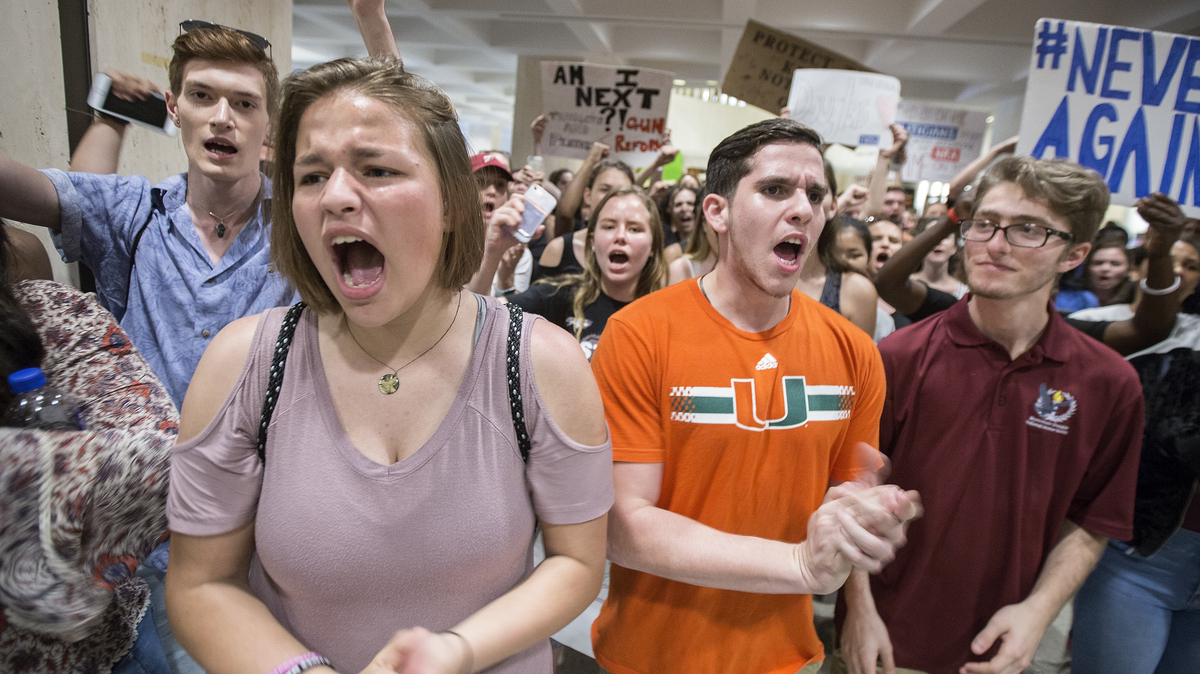 Students chant outside the Florida House of Representatives chamber in Tallahassee Wednesday. Lawmakers passed a bill that same day that would require public schools to display the motto "In God We Trust."

State legislators in Florida came together on Wednesday — the same day student activists gathered outside the House chamber in Tallahassee to demand stricter gun laws, one week after the school massacre in Parkland — to pass a measure related to schools, but not guns. HB 839 would require every public school in Florida to display "in a conspicuous place" the state motto, "In God We Trust."

House members passed the legislation 97 to 10.

It is unclear what will happen in the Senate, where a bill using identical language was introduced last month.

The bill's sponsor in the House, Rep. Kimberly Daniels, a Democrat from Jacksonville who also runs a ministry, said the bill is "so simple, just saying put a poster up to remind our children of the foundation of this country."

"In God We Trust" is also the national motto.

On Wednesday, in a speech from the House floor, Daniels indirectly referred to the shooting at Marjory Stoneman Douglas High School last week that left 17 students and educators dead.

Daniels said she had a vision earlier in the week, "I believe it was God, and I heard a voice say, 'Do not politicize what has happened in Florida and do not make this a thing of division.' "

Daniels continued to speak about God: "He's not a Republican and he's not a Democrat. He's not black and he's not white. He is the light. And our schools need light in them like never before."

Passage came one day after lawmakers in the House failed to pass a motion advancing a bill to ban assault rifles.

Student survivors of last week's attack have said they want more than "thoughts and prayers" and are turning their anguish and anger into activism. Around 100 traveled to the state Capitol Wednesday to amplify their calls for gun control.

'We Will Not Give Up': Fla. School Shooting Survivors March For Tougher Gun Laws

They are also planning a mass rally March 24 in Washington, D.C., to demand an end to gun violence and school shootings.