Accessibility links
Missouri Gov. Eric Greitens Indicted On A Charge Of Felony Invasion Of Privacy : The Two-Way The first-term Republican governor is alleged to have photographed a semi-nude woman with whom he had an affair and then threatened to publish it if she exposed their relationship. 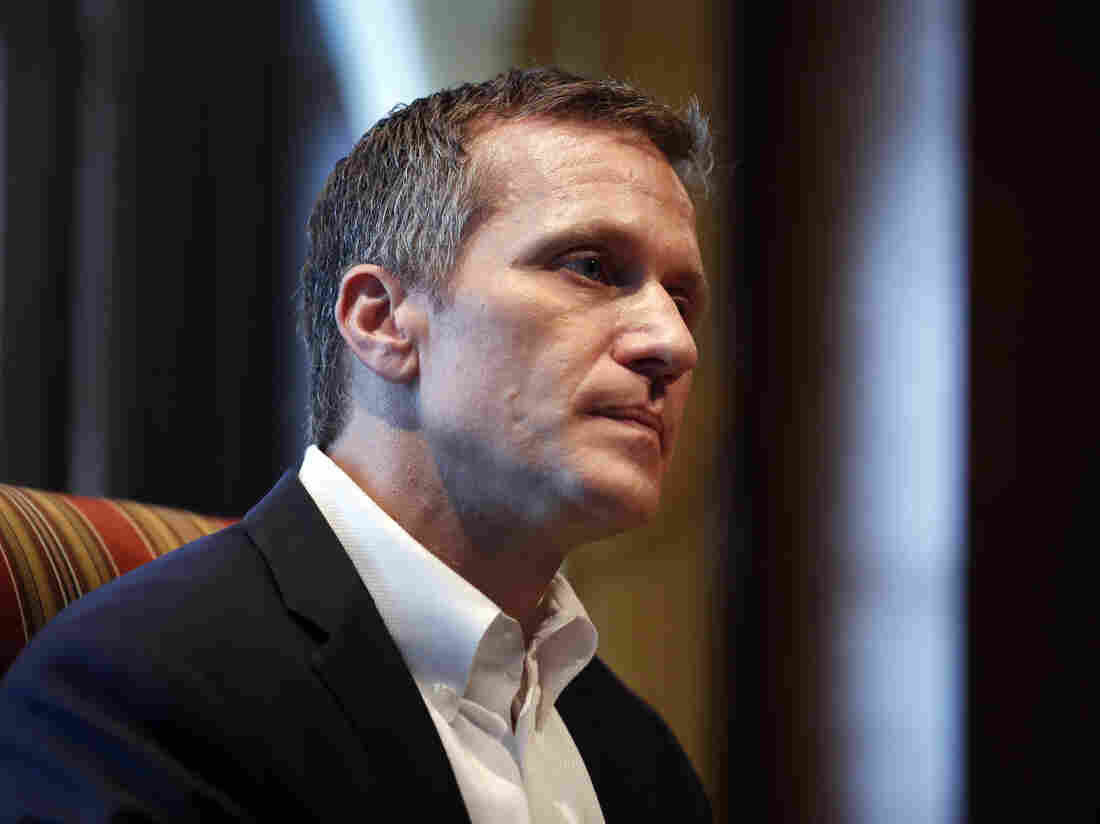 Missouri Gov. Eric Greitens during an interview at the Missouri Capitol in January 2018 after his extramarital affair was exposed. Jeff Roberson/AP hide caption 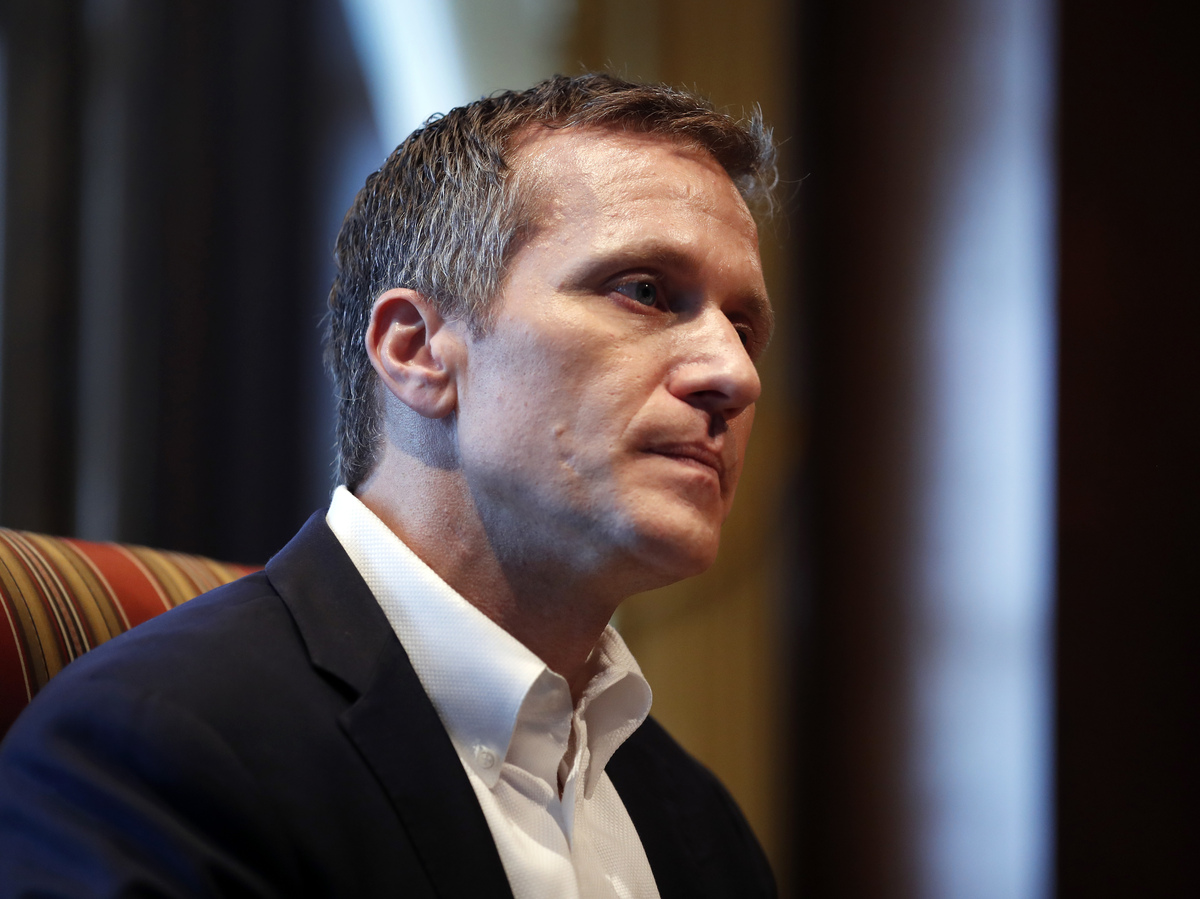 Missouri Gov. Eric Greitens during an interview at the Missouri Capitol in January 2018 after his extramarital affair was exposed.

Missouri Gov. Eric Greitens was indicted on one count of felony invasion of privacy and taken into custody in St. Louis in connection with reports of an extramarital affair that surfaced last month.

During that affair, Greitens is alleged to have taken a semi-nude photo of the woman and then threatened to blackmail her by publishing it if she revealed their relationship.

As reported by the Two-Way in January, Greitens, a Republican, confirmed that he had an extramarital affair before he was elected in 2016, but he denied the allegations of blackmail.

"As I have said before, I made a personal mistake before I was Governor," Greitens said in a statement Thursday posted on Facebook. "I did not commit a crime."

"Missouri law says that ... taking the picture alone is a misdemeanor. What pushes this to the level of a felony was the fact that he put that photo on a computer, and therefore it makes it sort of a low-level felony.

"We know about this incident because the ex-husband of the woman who had the affair recorded the conversation and talked about it with the media."

The name of the woman who had an affair with Greitens has not been disclosed and is referred to only as "K.S." in the indictment.

It alleges that Greitens "knowingly photographed K.S. in a state of full or partial nudity without the knowledge or consent of K.S. and in a place where a person would have a reasonable expectation of privacy, and the defendant subsequently transmitted the image contained in the photograph in a manner that allowed access to that image via a computer."

In a statement, Gardner said it was essential for residents of St. Louis and Missouri to have confidence in their leaders.

"They must know that the Office of the Circuit Attorney will hold public officials accountable in the same manner as any other resident of our city. Both parties and the people of St. Louis deserve a thorough investigation of these allegations," the statement says as quoted by St. Louis Public Radio.

Greitens, a former Navy SEAL and Republican with political ambitions beyond the Missouri statehouse, lashed out at the prosecutor on Facebook, calling her "a reckless liberal prosecutor who uses her office to score political points." Gardner is a Democrat.

A previous version of this story misspelled Kim Gardner's last name as Gardener in one reference.