Accessibility links
White House Briefly Put On Lockdown After Driver Hits Security Barrier : The Two-Way The Secret Service said the vehicle did not breach the barricade and the female driver was quickly apprehended. 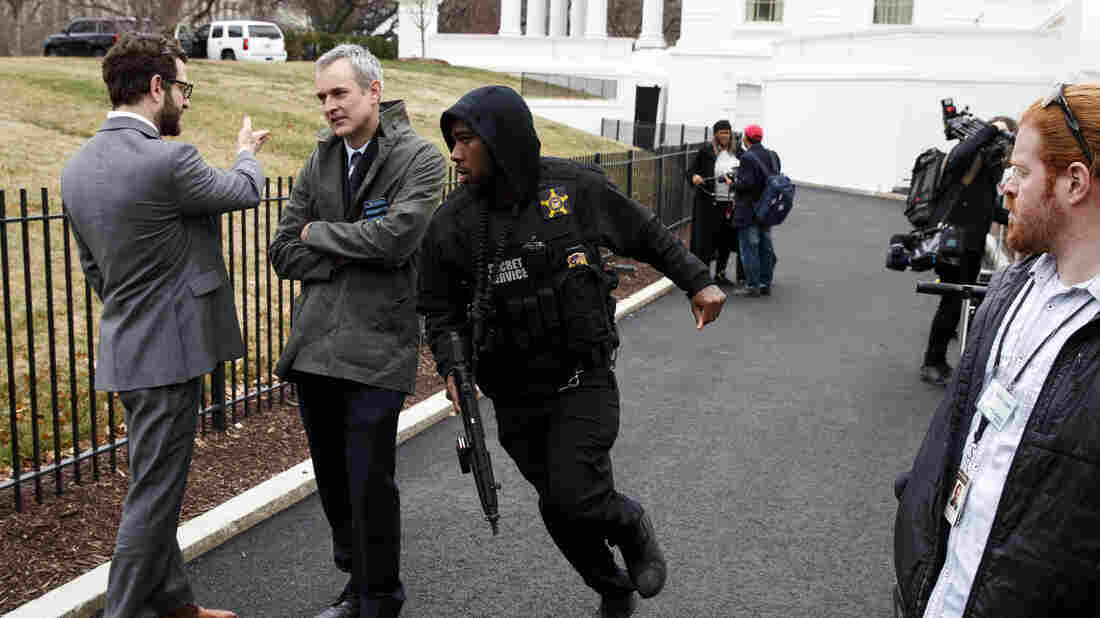 A Secret Service officer hurries past reporters after a vehicle struck a security barrier near the White House Friday. Evan Vucci/AP hide caption 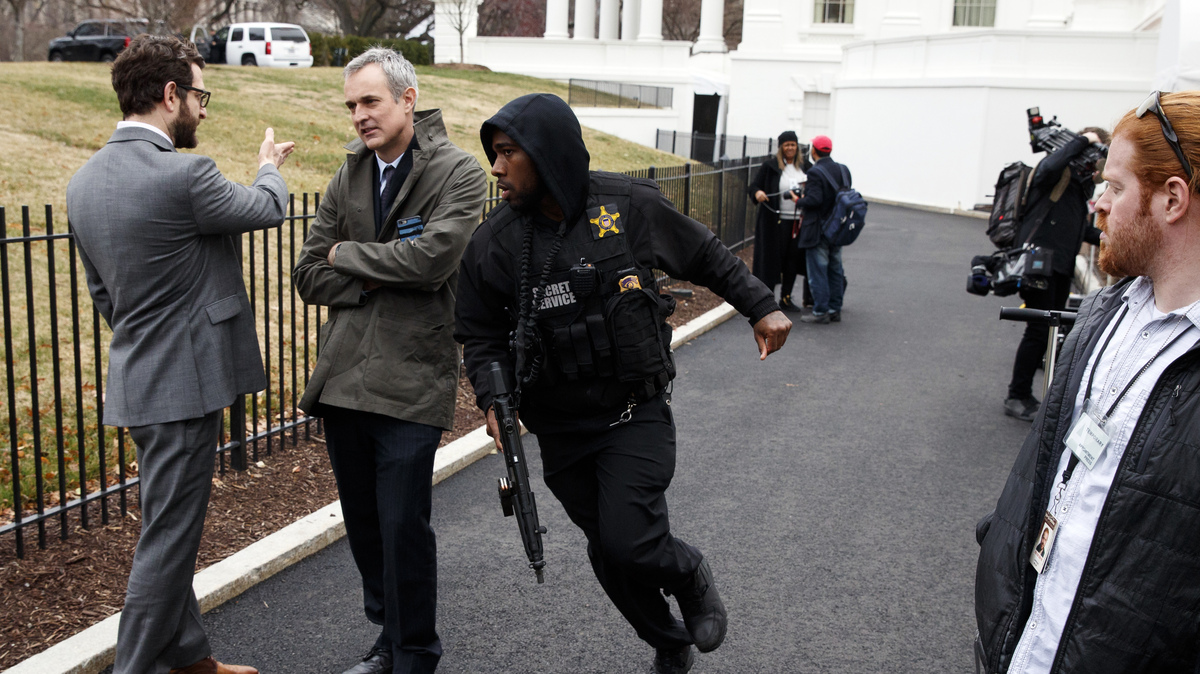 A Secret Service officer hurries past reporters after a vehicle struck a security barrier near the White House Friday.

The White House went on lockdown for a while on Friday afternoon after a female driver struck a nearby security barrier and was "immediately apprehended" by officers, according to the Secret Service.

The agency said in a statement it has had "previous encounters" with the woman they say is 35, white and from LaVergne, Tenn. The statement said she has been charged with "numerous criminal violations," and turned over to Washington, D.C., police.

BREAKING: An individual driving a passenger vehicle struck a security barrier near the White House at 17th & E.

The agency said the vehicle "did not breach the security barrier of the White House complex."

It happened a couple of blocks south of the President's official residence around 3:30 p.m., as President Trump was inside hosting Australian Prime Minister Malcolm Turnbull.

"This minivan came and crashed into the barricade and tried to push through the barricade and his tires were burning rubber and a lot of smoke was coming up," eyewitness Chris Bello said, according to Reuters. "And then about 30 seconds after that the two security guards that were in the booth, you know, ordered him to stop doing what he was doing and he didn't listen," Bello said.

The checkpoint is the same site of a 2016 episode when agents shot a man brandishing a gun, reports CNN. Nobody else was injured and the White House was placed under an hour-long lockdown at the time.

Located in the middle of the bustling metropolis, the White House grounds have been a target for intruders several times over the years.

A Congressional report compiled in 2015 found, "security incidents occur frequently enough that the agency must be prepared to deter and respond to breaches at all times."

A 2014 Washington Post report chronicled more than 30 breaches that have been reported since the mid-1970s.

Often Secret Security tackles fence jumpers before they can gain much ground. But in 2014 an intruder armed with a small knife was able to make it inside the White House through an unlocked door before being apprehended. The Obama family was away at the time.

During Friday's incident, the Secret Service said law enforcement personnel suffered no injuries and no shots were fired.

Fox 5 DC tweeted a video of a white van in front of a barrier with a broken rear window.