Accessibility links
Weinstein Co. Will File For Bankruptcy After Sale Talks Collapse : The Two-Way New York's attorney general filed a civil rights lawsuit against the company two weeks ago, which may have scuttled the deal. Bankruptcy may also hinder plans for a victim compensation fund.

Weinstein Co. Will File For Bankruptcy After Sale Talks Collapse

Weinstein Co. Will File For Bankruptcy After Sale Talks Collapse 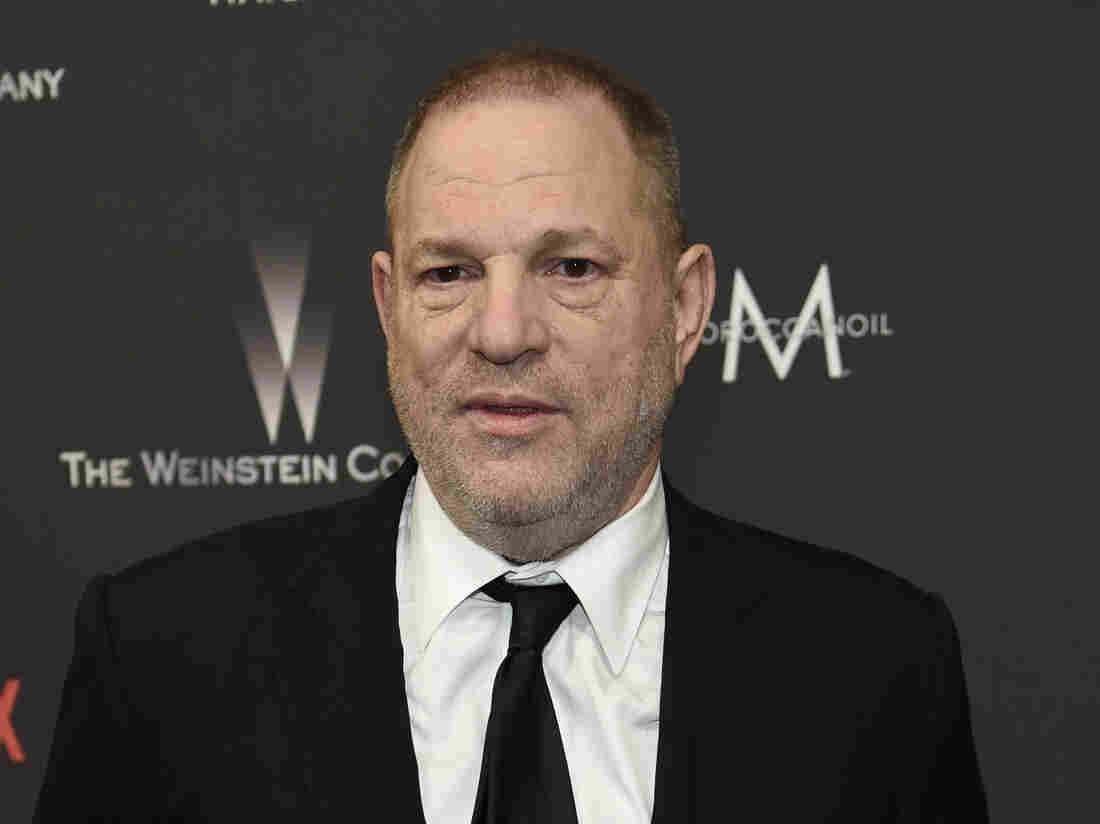 The Weinstein Co. says it will file for bankruptcy after plans for a sale fell apart. The ongoing legal ramifications from alleged sexual misconduct by founder Harvey Weinstein, seen here in January 2017, very likely played a role in the talks' failure. Chris Pizzello/Invision/AP hide caption 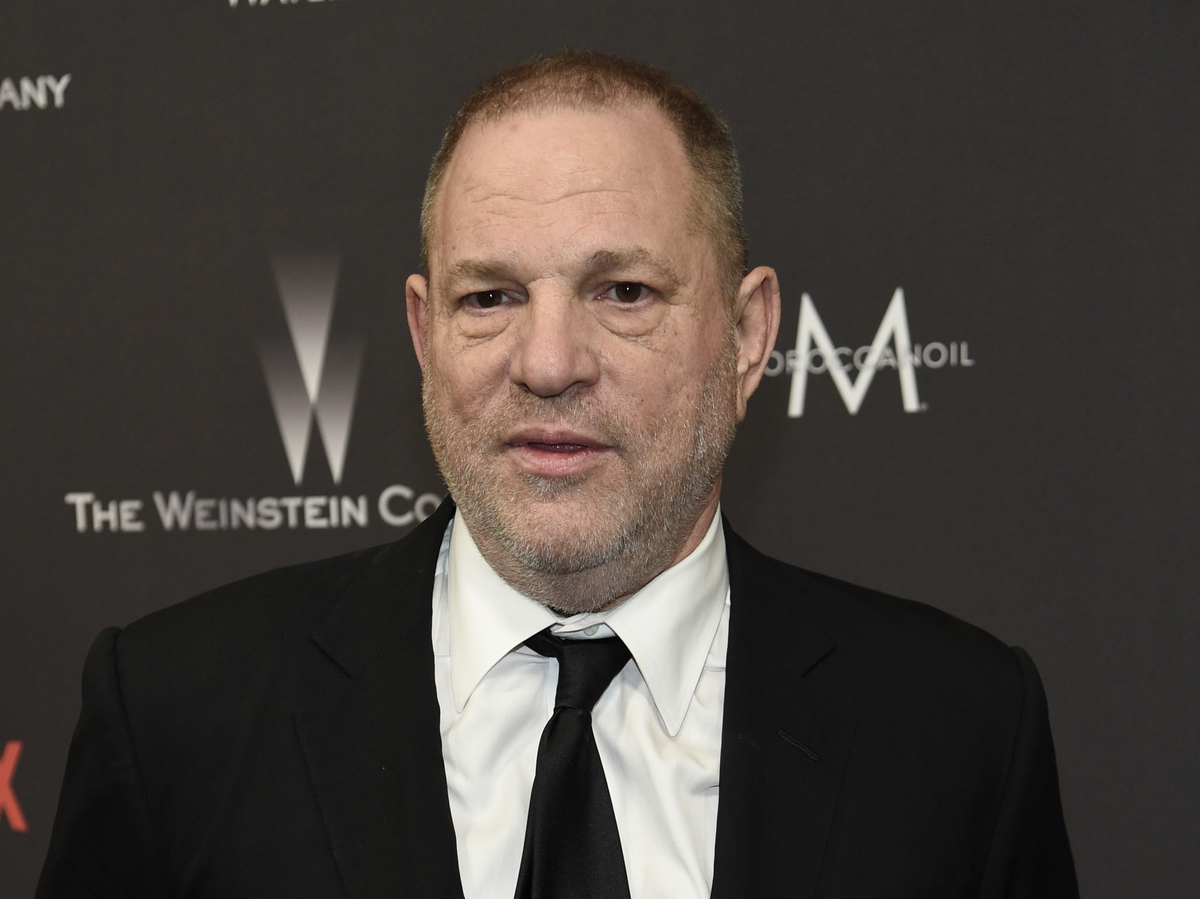 The Weinstein Co. says it will file for bankruptcy after plans for a sale fell apart. The ongoing legal ramifications from alleged sexual misconduct by founder Harvey Weinstein, seen here in January 2017, very likely played a role in the talks' failure.

The Weinstein Co. says it will file for bankruptcy after a deal for the sale of the company fell apart.

The film and television studio had been in talks with a group led by Maria Contreras-Sweet, who was in charge of the Small Business Administration under President Barack Obama, and backed by billionaire Ron Burkle. The deal was said to be worth $500 million — "roughly $275 million for the Weinstein Company, plus the assumption of $225 million in debt," The New York Times reports.

According to a letter from the Weinstein Co. to Contreras-Sweet and Burkle, talks broke down in part over the issue of interim funding, which the studio needed to stay operational and paying its employees.

"[W]e must conclude that your plan to buy this company was illusory and would only leave this Company hobbling toward its demise to the detriment of all constituents," the company said in a letter. "Despite your previous statements, it is simply impossible to avoid the conclusion that you have no intention to sign an agreement — much less to close one — and no desire to save valuable assets and jobs."

"While we recognize that this is an extremely unfortunate outcome for our employees, our creditors and any victims, the board has no choice," the company said in a statement to the Times. "Over the coming days, the company will prepare its bankruptcy filing with the goal of achieving maximum value in court."

Two weeks ago, New York Attorney General Eric Schneiderman filed a civil rights lawsuit against the Weinstein Co. and its founding brothers, stating that that the studio "repeatedly broke New York law by failing to protect its employees from pervasive sexual harassment, intimidation, and discrimination."

"Any sale of The Weinstein Company must ensure that victims will be compensated, employees will be protected going forward, and that neither perpetrators nor enablers will be unjustly enriched," Schneiderman said in a statement announcing the suit.

The suit appears to have played a role in scuttling the sale. If there is no sale of the Weinstein Co., it's not clear how such victim compensation would be funded. A spokesperson for the New York attorney general's office said the deal the prosecutors saw included some money intended for victims that might have gone to lawyers' fees instead.

Schneiderman's office released a statement after the bankruptcy announcement:

"Over the past two weeks, we had very productive discussions with both parties about accomplishing the Attorney General's goals of compensating victims, protecting employees, and rooting out those who enabled years of sexual abuse at the Weinstein Company. We are disappointed that despite a clear path forward on those issues—including the buyer's commitment to dedicate up to $90 million to victim compensation and implement gold-plated HR policies—the parties were unable to resolve their financial differences. We will continue to pursue justice for victims in the event of the company's bankruptcy, and our investigation into the pattern of egregious abuse by Harvey Weinstein and his enablers is ongoing."

Gloria Allred, the attorney representing many of Harvey Weinstein's alleged victims, "was angry with the timing of the New York attorney general's lawsuit precisely because she feared it would kill the deal and lead to bankruptcy ... which would hurt the victims' chances for compensation," as NPR's Elizabeth Blair told Morning Edition.

Another aspect in the deal's collapse likely was the role of David Glasser, whom the investors wanted to make the new CEO.

"Glasser was a top executive under Harvey Weinstein," Blair explained. "The attorney general was adamant that no perpetrators or enablers to Weinstein's misconduct be part of the sale — and he believed Glasser was one of them. The Weinstein Co. board then fired Glasser. And Schneiderman met with both sides of the sale and appeared to approve the conditions of the sale."

But the letter from the Weinstein Co. makes clear that the contingencies related to Glasser were a problem. An attorney for Glasser has said he plans to sue for wrongful termination.

The bid from Contreras-Sweet was seen as a way for the company to survive and retain its employees. Other bidders were primarily interested in certain of the company's assets, especially its library of films, and most of the other bids would have required a sale through Chapter 11 bankruptcy, according to the Los Angeles Times.

The fall of the Weinstein Co. has been swift in the 4 1/2 months since The New York Times reported allegations of sexual misconduct by Weinstein over decades, ranging from harassment to rape. The New Yorker soon published further allegations. Weinstein was fired from the company three days after the Times story came out.

He has apologized for some of his behavior but "denies many of the accusations as patently false," Lisa Bloom, then Weinstein's lawyer, said in October.