Accessibility links
NFL To Demand Cowboys Owner Reimburse Legal Fees, Reports Say : The Two-Way The NFL wants Jerry Jones to pay more than $2 million in fees after he threatened to derail Commissioner Goodell's contract extension and engaged in other battles, according to published reports. 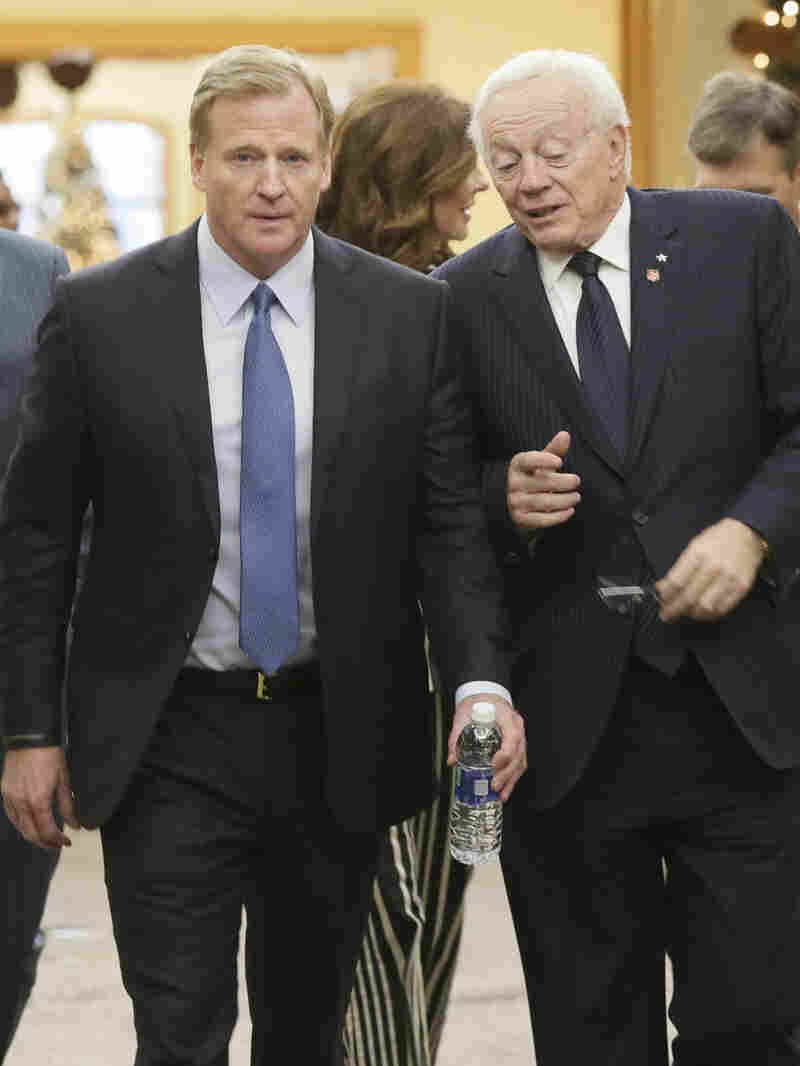 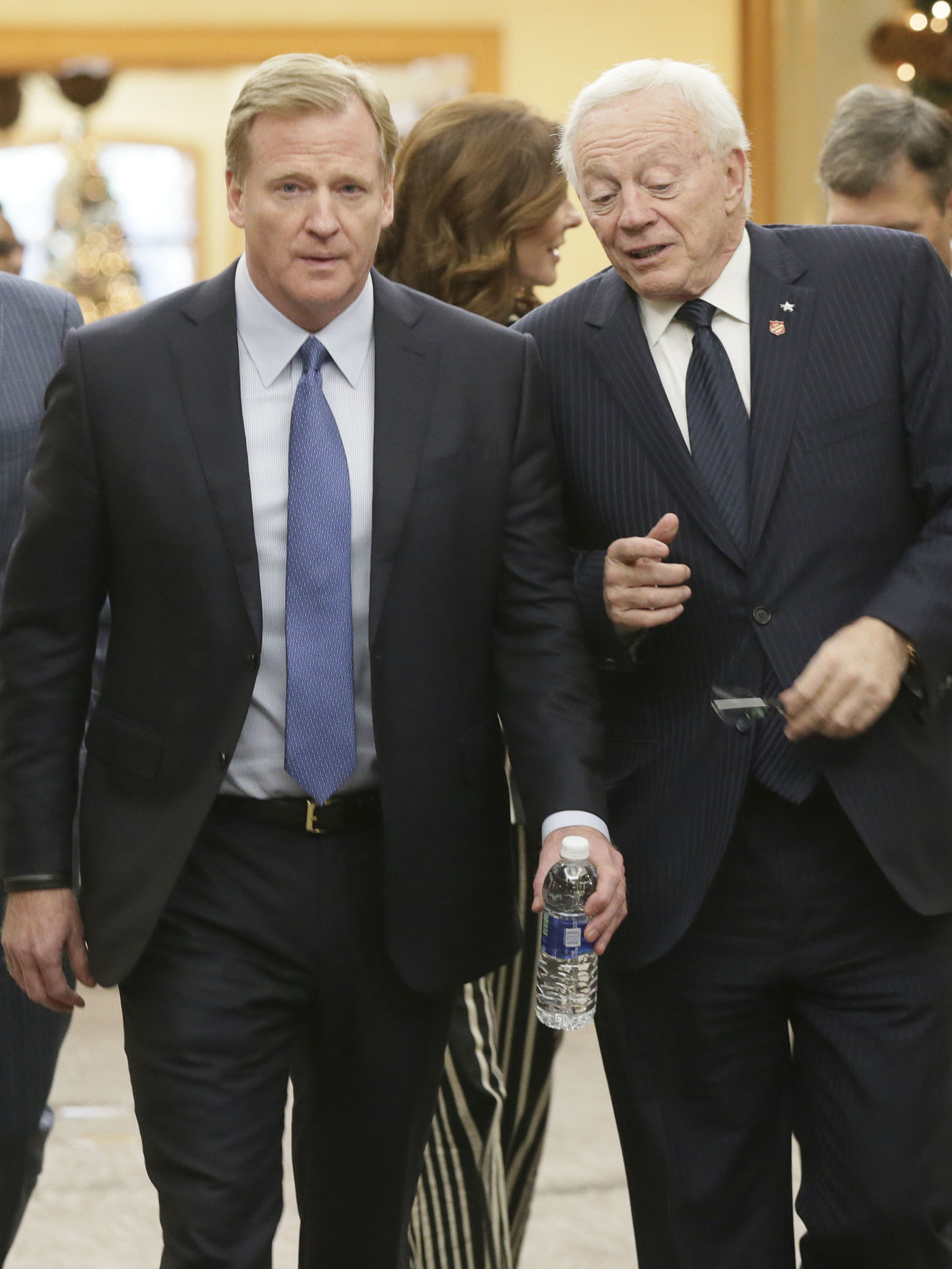 The story was first reported by The New York Times, and since then, other publications have had sources speak off the record. NPR has not independently confirmed the reports.

It all began several months ago when Jones tried to derail negotiations for Goodell's contract extension. At the same time, Jones tried to get a six-game suspension reversed for Cowboys running back Ezekiel Elliott.

The New York Times, which talked to five league officials with direct knowledge of the situation, reports the punishment against Jones will be issued in the coming weeks:

"Goodell will declare that Jones's actions were detrimental to the league ... and the commissioner's office. Goodell has been reluctant to be seen as exacting retribution for the way Jones tried to sabotage his contract talks, but he was urged to bring the penalties by several owners who believed that Jones had crossed an unspoken boundary by threatening his colleagues.

In November, Jones hired the high-profile lawyer David Boies and said he was prepared to sue the six owners on the league's compensation committee, which had been working for months on extending Goodell's contract. Jones also lobbied loudly for running back Ezekiel Elliott not to be penalized, and reportedly tried to influence league officials deciding his case. Elliott had been suspended by the league for six games before the season after the N.F.L. investigated domestic-assault allegations.

Jones will be ordered to pay the legal fees that the committee incurred defending itself, as well as the legal expenses the N.F.L. spent defending its decision to suspend Elliott."

The Cowboys declined to comment to news organizations, as did the NFL.

In December at a league meeting in Irving, Texas, Goodell received a five-year contract extension. Most of the owners supported the terms, which provide Goodell the possibility of earning as much as $200 million.

Also at that meeting, Goodell and Jones tried to make nice in front of the cameras — they were shown walking together. At a news conference, with the Cowboys owner in the room, Goodell said he didn't take Jones' objections to the extension personally.