Accessibility links
Saudi King Fires Top Military Brass In Latest Shakeup Of Kingdom's Institutions : The Two-Way The country's chief of staff and the heads of ground and air forces have been sacked by royal decree. The move is reportedly led by Crown Prince Mohammad bin Salman, the kingdom's defense minister. 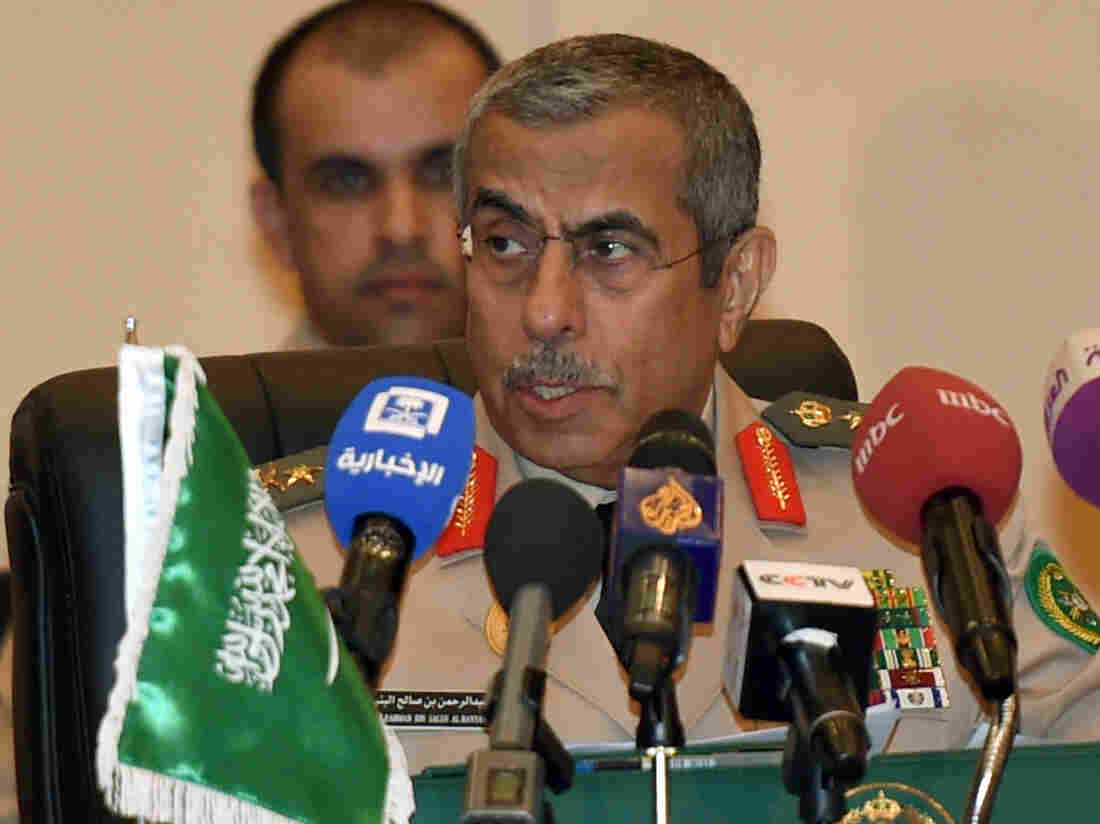 Saudi Arabia's chief of staff, General Abdulrahman al-Bunyan, holds a news conference in 2016. He was one of a handful of top military brass to lose his job. Fayez Nureldine/AFP/Getty Images hide caption 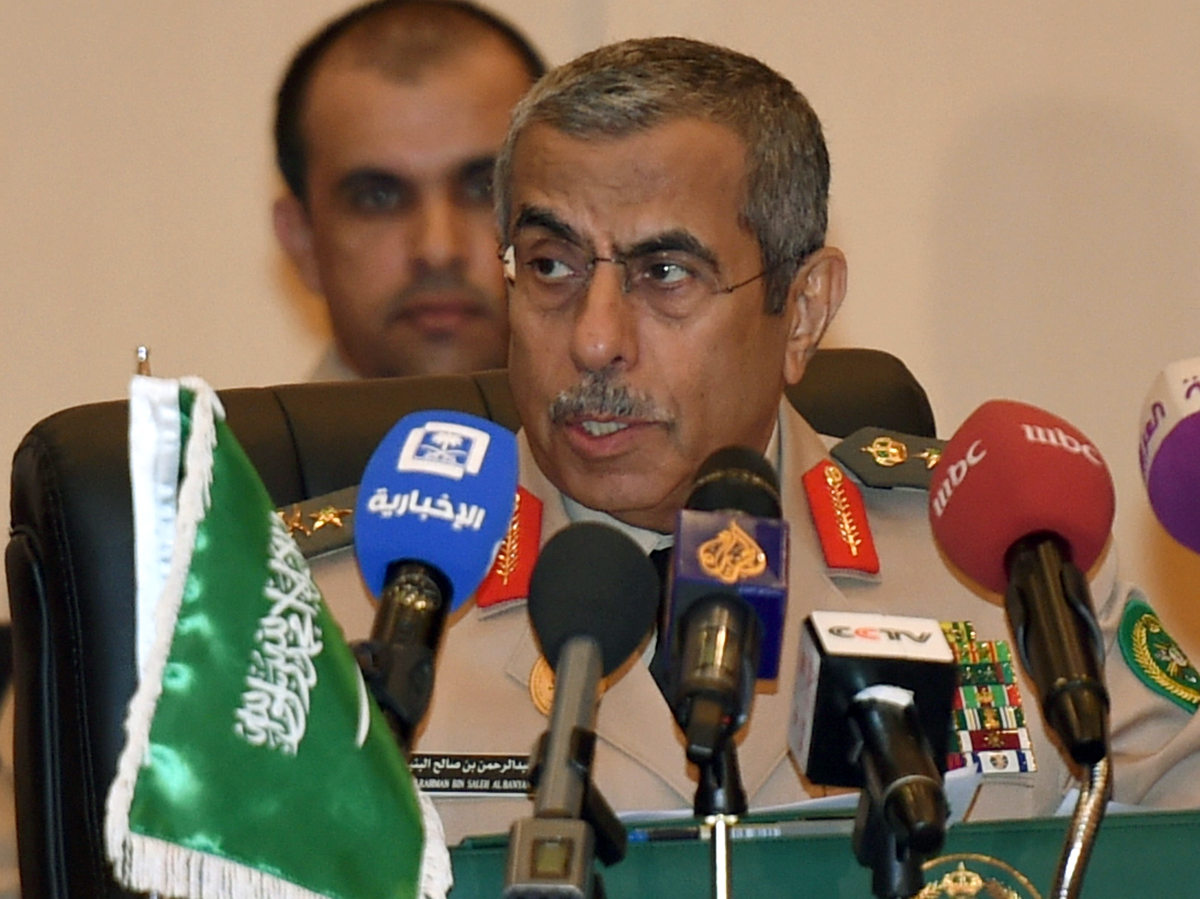 Saudi Arabia's chief of staff, General Abdulrahman al-Bunyan, holds a news conference in 2016. He was one of a handful of top military brass to lose his job.

Saudi Arabia's King Salman has ordered a major shakeup of his top military brass amid the country's ever-worsening intervention in neighboring Yemen.

The surprise move, reported by the official Saudi Press Agency (SPA), is the latest overhaul of Saudi institutions assumed to be led by Crown Prince Mohammad bin Salman. They have become a hallmark of his father's three-year reign.

The monarchy sacked the military chief of staff, Gen. Abdul Rahman bin Saleh al-Bunyan, as well as the heads of the ground and air defenses.

The decrees were announced in a series of short dispatches from the SPA.

The Guardian reports: "Crown Prince Mohammed bin Salman, the heir to the throne and the son of the monarch, is the country's [defense] minister and has been consolidating his grip on power in recent months."

In January, we reported that eleven Saudi princes had been arrested after protesting their utility bills after a royal decree ended the kingdom's long-standing policy to cover them.

And, in December, NPR's Jackie Northam reported that Saudi Banks were feeling the pinch from round ups of dozens of businessmen, ministers and princes as part of an anti-corruption drive.

Prince Faisal bin Farhan, a senior adviser at the Saudi Embassy in Washington, tweeted on Monday that the move was part of a "multi year effort" to overhaul the Defense Ministry that "encompasses all elements of the ministry including organization, force structure & long term procurement."

The most significant order issued today by @KingSalman was approval of the Ministry of Defence development plan. This multi year effort, which had been under review for months encompasses all elements of the ministry including organization, force structure & long term procurement

The Associated Press writes: "The decisions come as the Saudi-led coalition, chiefly backed by the United Arab Emirates, remains mired in a stalemate in Yemen, the Arab world's poorest country. Over 10,000 people have been killed in the war in which Saudi-led forces back Yemen's internationally recognized government against Shiite rebels and their allies who are holding the Yemeni capital, Sanaa, and much of the north of the country."