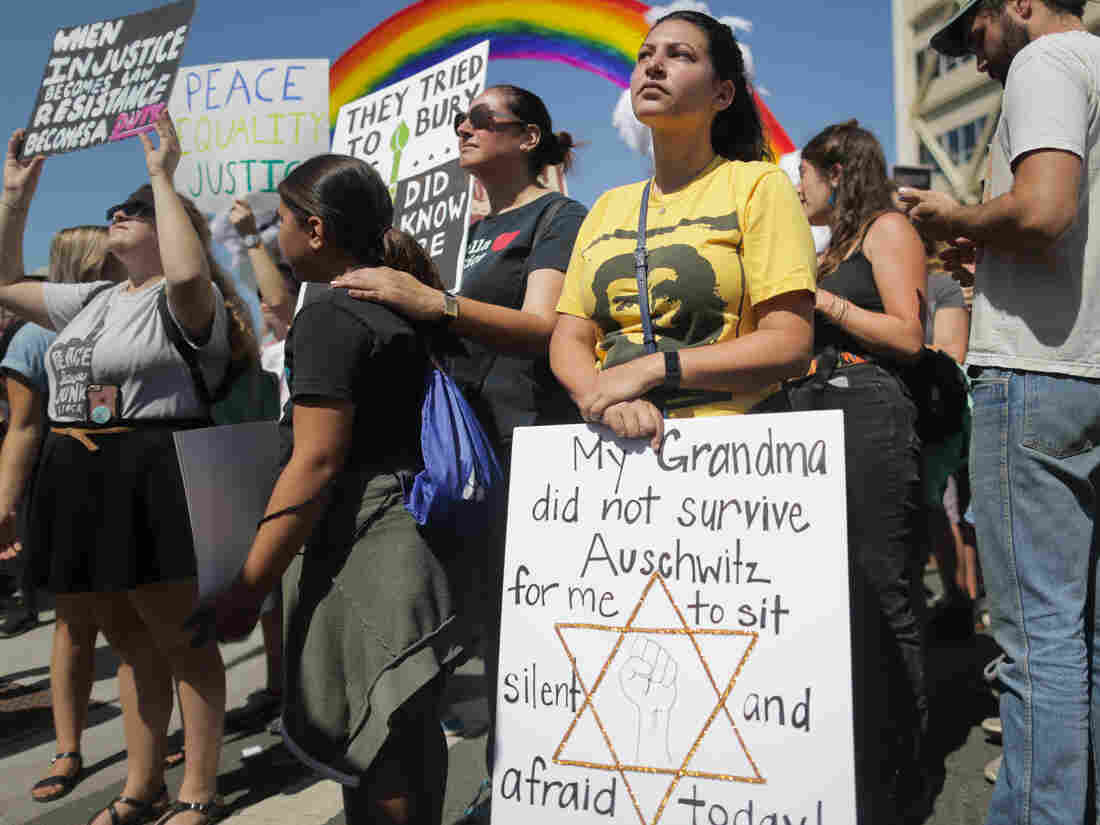 Rose Fried, granddaughter of a Holocaust survivor, attends a demonstration in August in Berkeley, Calif. That state had 268 reported anti-Semitic incidents in 2017, the second-highest number in the U.S. after New York's 380. Elijah Nouvelage/Getty Images hide caption 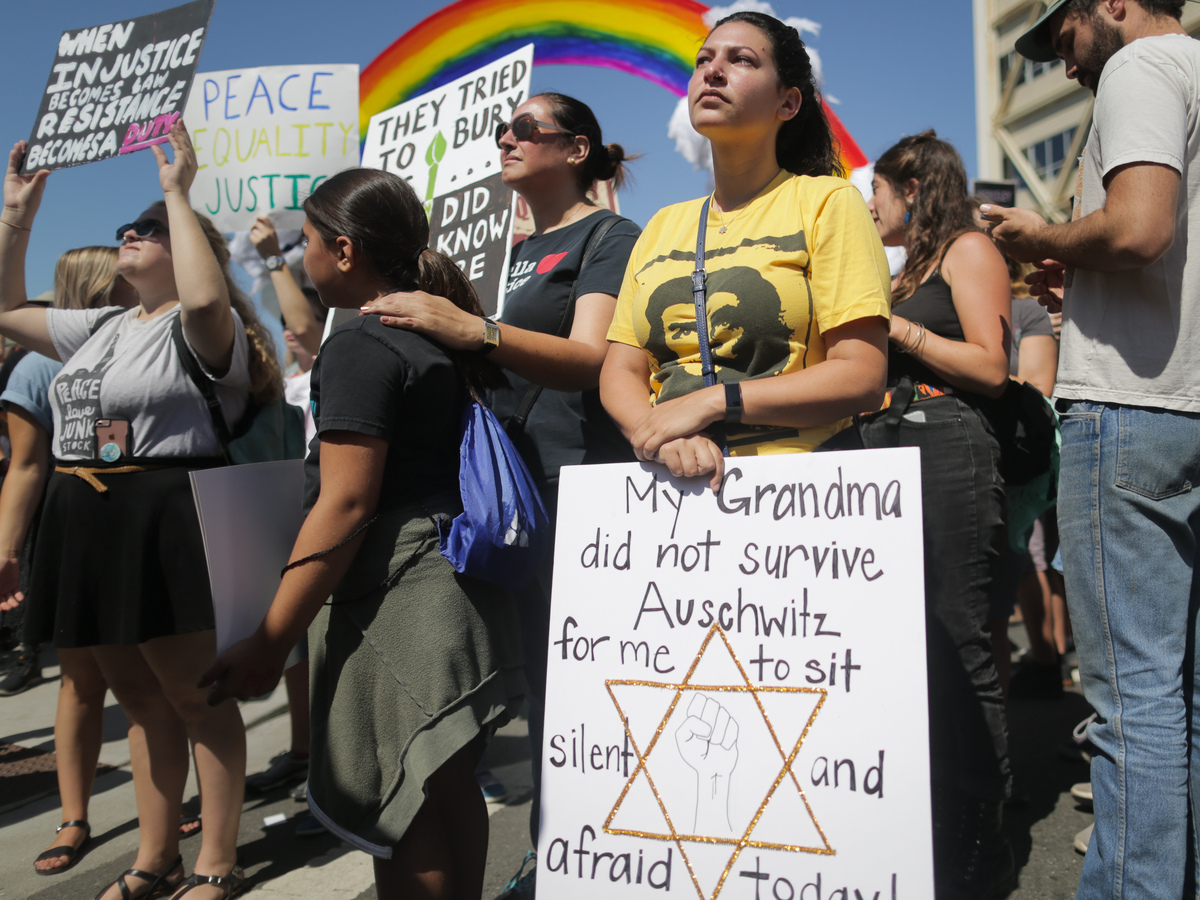 Rose Fried, granddaughter of a Holocaust survivor, attends a demonstration in August in Berkeley, Calif. That state had 268 reported anti-Semitic incidents in 2017, the second-highest number in the U.S. after New York's 380.

The Anti-Defamation League has identified 1,986 anti-Semitic incidents in its 2017 Audit of Anti-Semitic Incidents. That's up from 1,267 in 2016, marking the highest single-year increase since the organization released its first audit in 1979.

The annual audit tracks incidents of vandalism, harassment or assault reported to the ADL by law enforcement, media and victims. All reported incidents are assessed by ADL staff members for credibility by seeking independent verification.

"A confluence of events in 2017 led to a surge in attacks on our community — from bomb threats, cemetery desecrations, white supremacists marching in Charlottesville, and children harassing children at school," said CEO and National Director Jonathan A. Greenblatt in a statement.

"These incidents came at a time when we saw a rising climate of incivility, the emboldening of hate groups and widening divisions in society."

In previous audits, the largest number of incidents occurred in public areas, such as parks and streets. In 2017, K-12 schools surpassed public areas as the locations with the highest number of anti-Semitic incidents.

There were 457 incidents in K-12 schools: a dramatic increase of 94 percent from the previous year. On college campuses, there were 204 incidents: an 89 percent increase.

For the first time since 2010, an incident occurred in every U.S. state. New York, California and New Jersey were states with the highest numbers of incidents, which the ADL attributes to their large Jewish populations.

Vandalism saw the highest increase in terms of types of incidents. There were 952 incidents reported — an 86 percent increase from 2016. The surge in anti-Semitic acts of vandalism is particularly upsetting, says the ADL, "because it indicates that the perpetrators feel emboldened enough to break the law."

There were 1,015 incidents of harassment in 2017; 163 of these were part of a spree of bomb threats made against Jewish institutions. Those organizations were subject to 342 total anti-Semitic incidents in 2017 — an increase of 101 percent over the 170 incidents recorded in 2016.

The ADL doesn't include instances of discrimination, such as a Jewish worker not receiving an accommodation for Rosh Hashanah, or general expressions of hateful ideologies in their audit.

An "incident" in this audit doesn't necessarily mean a single act of anti-Semitism. For instance, 170 Jewish tombstones were overturned in a Missouri cemetery in February 2017, and the act was counted as one incident by the ADL.

"This family is all family. These stones are all our stones. No matter who's here, they're my family. They're Jews who have been desecrated," Jody Serkes, who had family members buried in the cemetery, told NPR last year.

An ADL press release noted that one "bright spot" in this was the response of Muslims and Christians who raised thousands of dollars to help repair the damaged tombstones.

"If we expect law enforcement officials and community members to take these incidents seriously, we must take them seriously — and report them, both to ADL and to the police," the press release said.