Accessibility links
Barbra Streisand Reveals Fluffy Canine Copies: She Cloned Her Dog : The Two-Way In an interview with Variety magazine, the legendary singer/filmmaker dropped a bombshell: Two of her three coton de tulears are clones of a favorite canine who died last year. 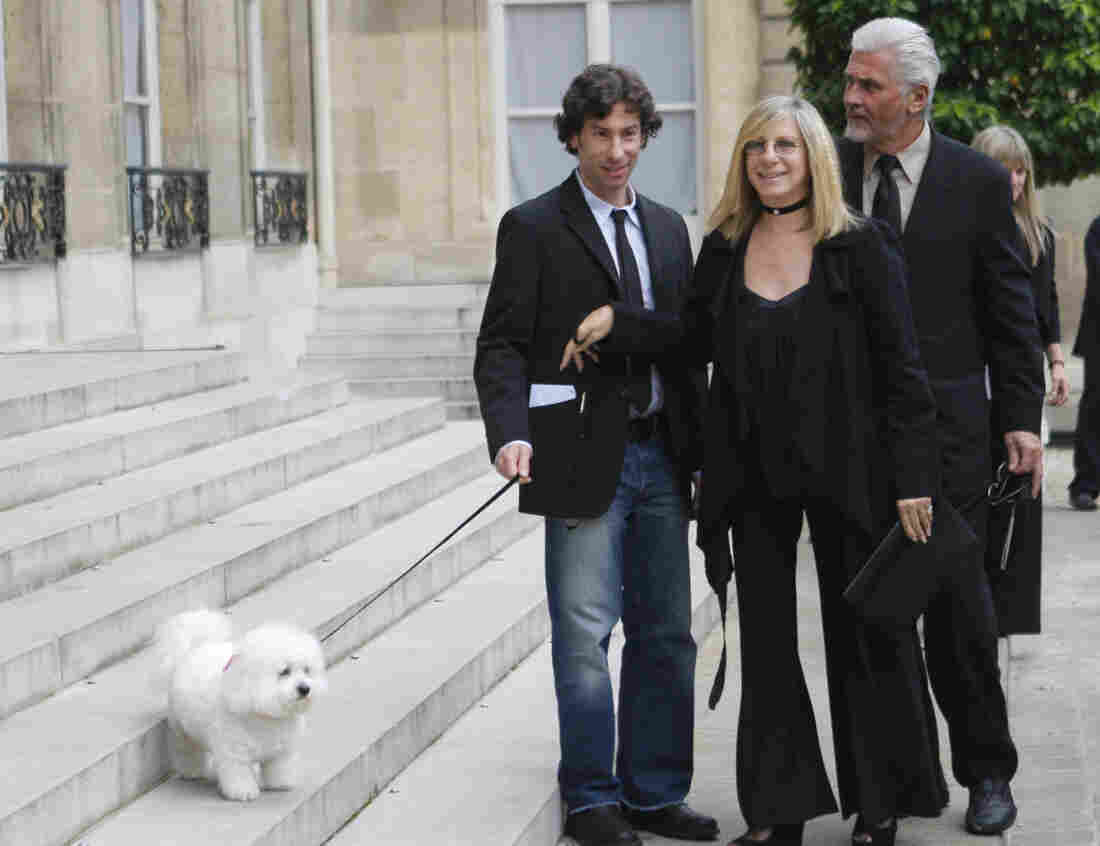 Barbra Streisand plays with her dog Samantha near her son, Jason Gould (left), and husband, James Brolin, in Paris in 2007. Samantha died last year, but Streisand now has clones of the dog. Philippe Wojazer/Reuters hide caption 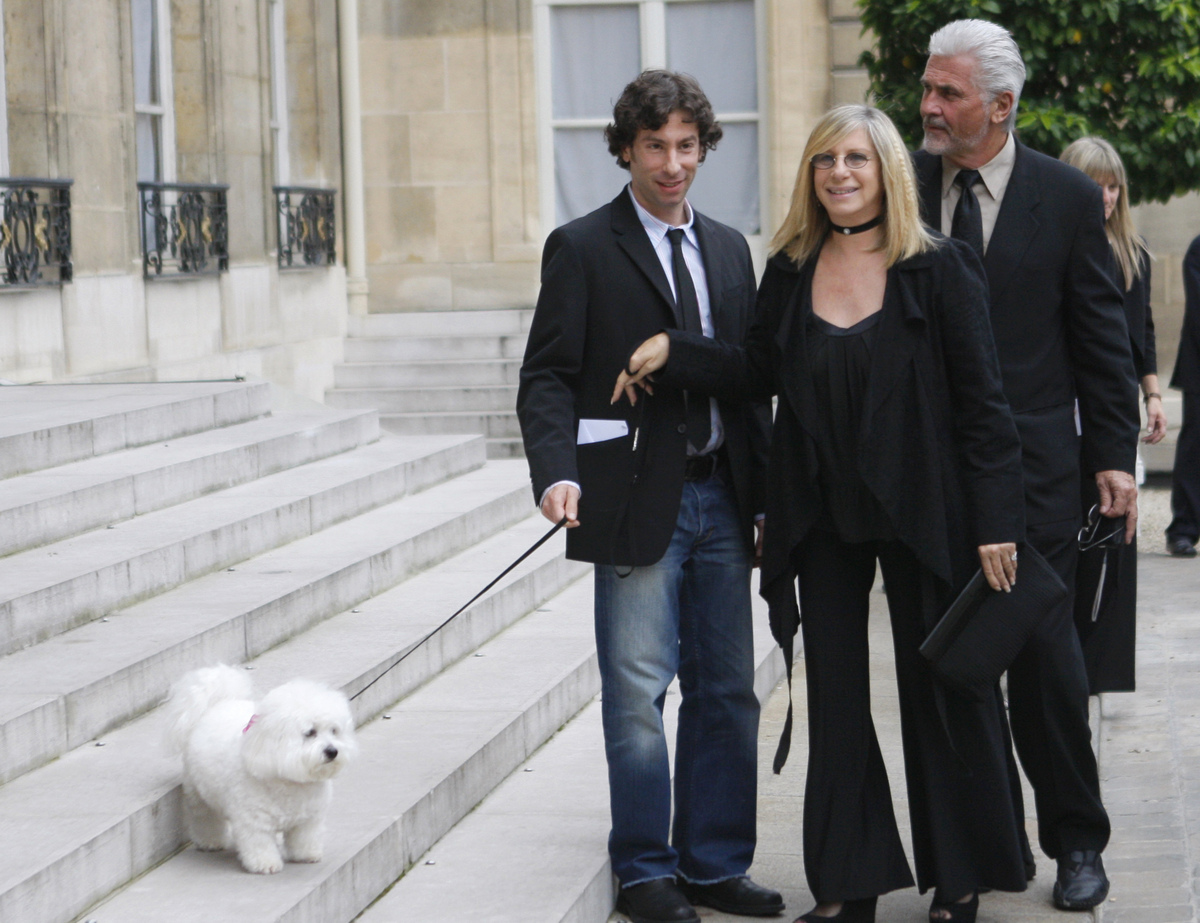 Barbra Streisand plays with her dog Samantha near her son, Jason Gould (left), and husband, James Brolin, in Paris in 2007. Samantha died last year, but Streisand now has clones of the dog.

In an interview with Variety magazine for this month's cover, legendary singer/actor/filmmaker Barbra Streisand opines on topics ranging from the 2016 election (she says the voting machines were rigged against Hillary Clinton) to the #metoo movement (says Harvey Weinstein once threatened her), but one bombshell has nothing to do with politics or Hollywood.

During the photo shoot, Streisand joked that a portrait with her three coton de tulear dogs should be captioned "Send in the Clones."

Our new basket of adorables

She explained that two of her three canine companions, Miss Violet and Miss Scarlet, are clones of her beloved Samantha, who died last year. To get the genetic material needed to perform the procedure, Streisand had cells taken from Samantha's mouth and stomach.

Her duplicated dogs "have different personalities," she tells Variety. "I'm waiting for them to get older so I can see if they have [Samantha's] brown eyes and seriousness."

The star says she got the names for the clones because she tied violet and scarlet colored sashes on them in an effort to tell them apart.

Streisand's third coton de tulear, named Miss Fanny, is a distant cousin of Samantha's, according to the magazine.

As NPR's Rob Stein reported three years ago, Sooam Biotech Research Foundation in Seoul, South Korea, founded by Hwang Woo Suk — "who became a scientific pariah in 2006, when his claim that he had created the first cloned human embryos in 2004 to produce human embryonic stem cells was discovered to be fraudulent" — was offering to clone a pet for $100,000.

At the time of Rob's report, Hwang had cloned at least 600 dogs.

Three years later, however, with competition, the price has dropped. ViaGen, which bills itself as "America's Most Trusted Animal Cloning Company," now charges $50,000 to clone a dog and $25,000 for a cat, according to Time's Money magazine.

According to the pitch on ViaGen's website, "a truly special pet provides us a unique sense of comfort and life-enriching fulfillment which is nearly impossible to extend beyond your pet's natural lifespan. [U]ntil now."

Morning Edition notes that not everyone is applauding Streisand's choice. The animal rights group PETA, for example, has come out strongly against the practice of pet cloning.

"We all want our beloved dogs to live forever," the animal rights group's president, Ingrid Newkirk, said in a statement to Page Six on Tuesday. "[W]hen you consider that millions of wonderful adoptable dogs are languishing in animal shelters every year or dying in terrifying ways when abandoned, you realize that cloning adds to the homeless-animal population crisis."

Rob wrote in 2015 that Sooam Biotech's cloning process "works only about a third of the time. So, getting a cloned puppy entails a lot of attempts and a lot of miscarriages. And the process requires many dogs — some to provide the eggs, and others to serve as surrogates."

He adds, "even when the process works perfectly, the cloned animals aren't exact replicas of the originals. Environmental influences, including some that help determine when particular genes are turned on and off during development, play a role in how closely the resulting clone mimics the original dog."