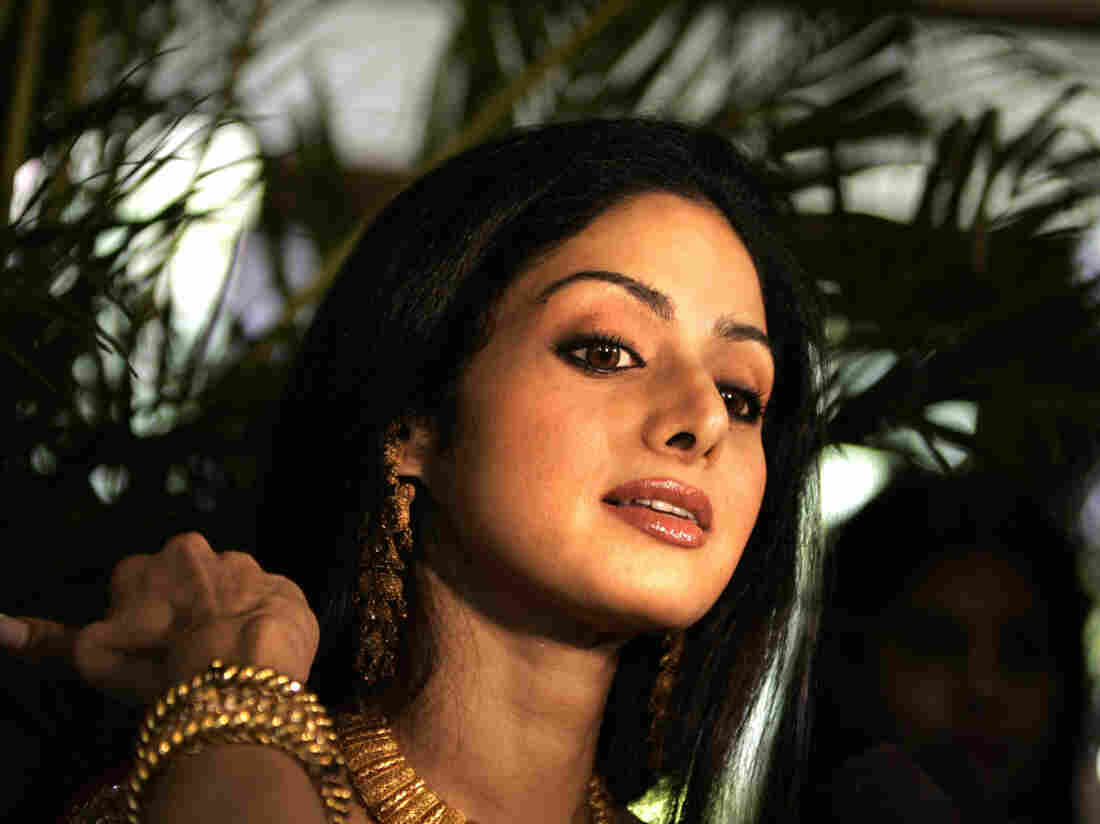 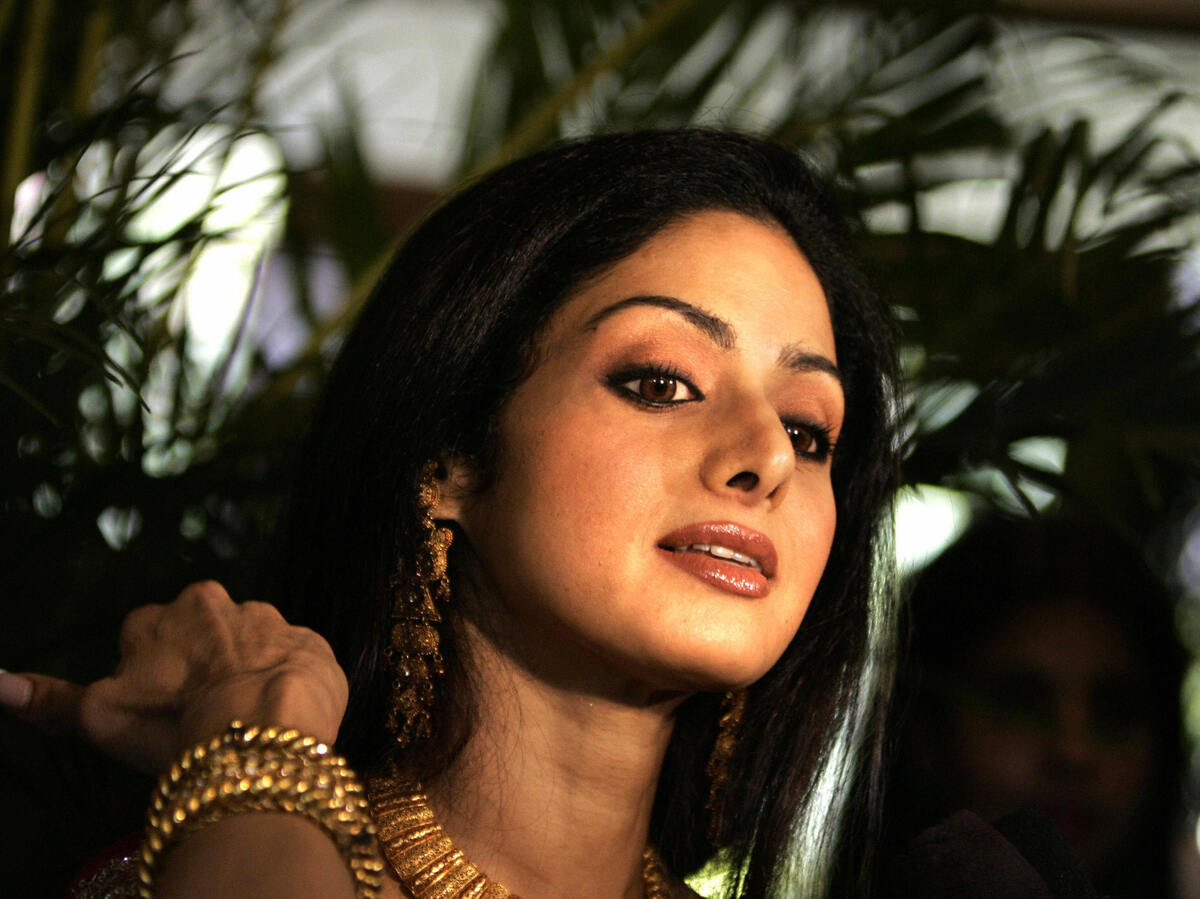 Indian Bollywood actor Sridevi gestures during a news conference at the Karanataka Gold Festval in Bangalore, in 2006.

Thousands gathered in Mumbai to pay final respects to Bollywood superstar Sridevi Kapoor, whose film career spanned five decades. She died in Dubai over the weekend at age 54.

Dubai police said the legendary Bollywood leading lady and film producer drowned in her hotel bathtub after losing consciousness. Initial reports said the cause of death was cardiac arrest. Her body was flown back to India late Tuesday in a private plane owned by Anil Ambani, a powerful Mumbai industrialist.

The Associated Press reports that "By early Wednesday morning, people had begun lining up along a security fence outside the private club near Sridevi's home where the body had been laid out. A string of Mercedes and Audis ferried family members, Bollywood stars and VIPs in through another gate, with squadrons of private guards ensuring things stayed under control."

However, many ordinary film fans also came to say goodbye.

A man who gave his name only as Prashant arrived at about 7 a.m., hours before anyone was to be allowed in to view the body, according to The Associated Press.

"No matter how long I have to wait, I will wait," he told an AP reporter, clutching a small bouquet of flowers.

"I'll wait until I'm able to pay my respects," he said, adding "I saw all her movies."

Regarded as the first Indian woman to achieve film stardom, Sridevi began her career at age 4 in the 1967 Tamil-language film Kaindhan Karuna (By the Mercy of Kandhan).

The Hindu newspaper writes, "In her chase of stardom across five different film industries and over as many decades, acting never took a backseat. 'Range' is a word often used to describe the actor's prowess. Drama, emotions, dance, comedy, even action. There was nothing she wasn't proficient at."

Sridevi was to be cremated Wednesday afternoon at Mumbai's Parle Seva Samaj Crematorium near the city's Juhu Airport.

Hema Malini, an actor and director who is also a member of India's lower Lok Sabha house of parliament, tweeted that "The entire industry was grieving" over the loss of Sridevi, "some on the verge of breakdown."

Paid my last respects to Sridevi. The entire industry was there grieving, some on the verge of breakdown. Such was her aura & magic in films. She lay there, beautiful in a red saree, serene in death & totally at peace. 😢