Accessibility links
Afghan President Urges Taliban To Talk Peace, Offering Political Recognition : The Two-Way At a conference in Kabul , Ashraf Ghani offered the insurgent group a variety of incentives to come to the negotiating table — including passports, a political office and the release of prisoners. 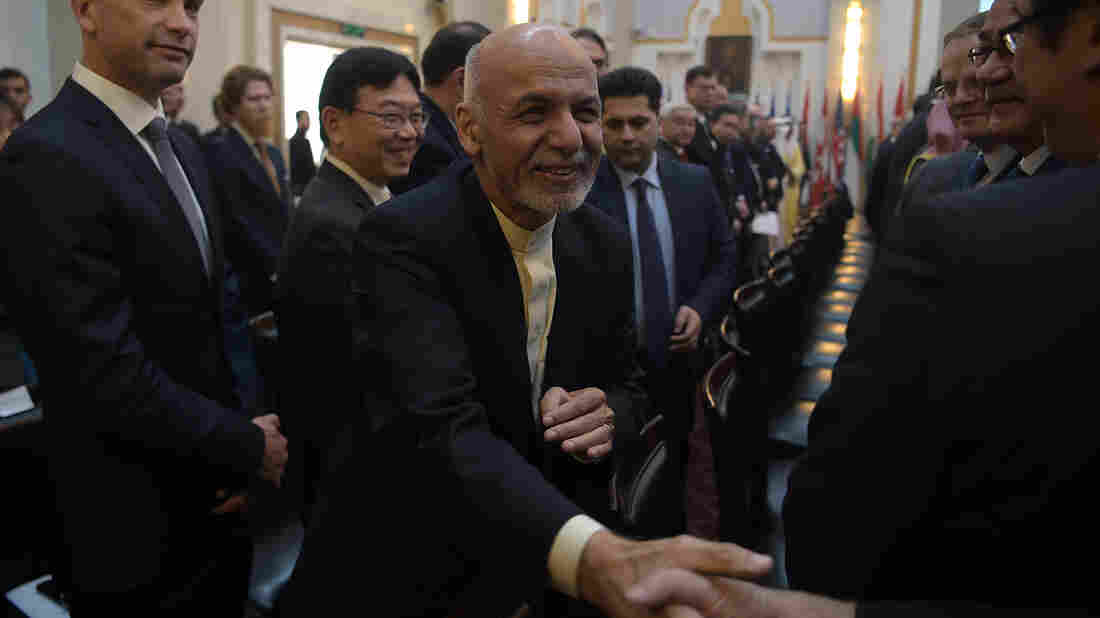 Afghan President Ashraf Ghani shakes hands with a foreign delegate at the Kabul Process conference in the country's capital Wednesday. During the conference, Ghani called on the Taliban to participate in peace talks with the Afghan government. Shah Marai/AFP/Getty Images hide caption 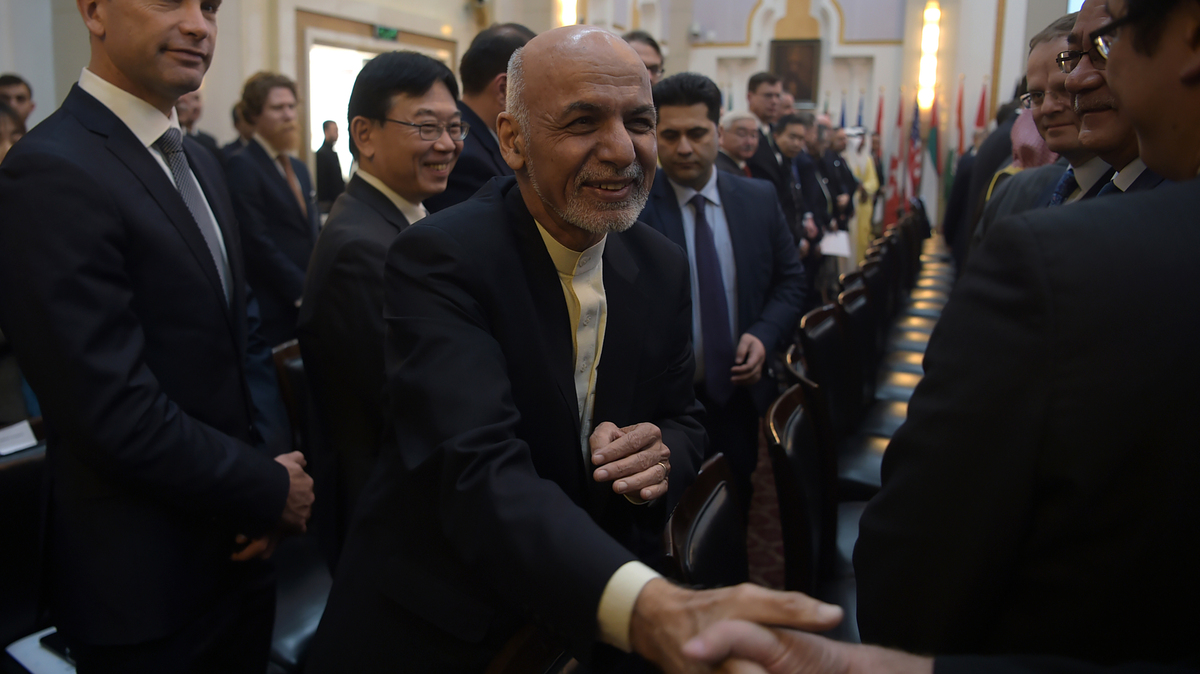 Afghan President Ashraf Ghani shakes hands with a foreign delegate at the Kabul Process conference in the country's capital Wednesday. During the conference, Ghani called on the Taliban to participate in peace talks with the Afghan government.

Afghan President Ashraf Ghani opened an international conference Wednesday in Kabul with a substantial overture to his government's longtime antagonist: If the Taliban comes to the negotiating table and recognizes Ghani's government, the Afghan leader would in turn offer the insurgent group a role as a legitimate political party and release Taliban prisoners.

"We are making this offer without preconditions in order to lead to a peace agreement," Ghani said at the Kabul Process conference, according to Reuters. The peace conference, which is in its second iteration, drew representatives from more than 20 countries and international organizations — but not the Taliban.

"Taliban leaders and all members, the decision is in your hands," Ghani told conference attendees Wednesday, as Germany's Deutsche Welle reports. "Accept peace, come to the negotiating table and let us build this country together."

The remarks are something of an about-face from Ghani's message at the conference last year, which had conveyed a much more hard-line tone toward the Islamist group. Now Ghani is urging reconciliation, and says he's prepared to offer concessions to achieve it.

Some of the incentives listed by Ghani in return for a cease-fire include an official Taliban office in the capital and Afghan passports for the group's members. The president also offered the possibility of involving the Taliban in a review of the country's constitution, and making an effort toward lifting sanctions against the group.

It's far from certain the Taliban would accept such an offer. Just two days before Ghani's comments, the group issued a statement calling for direct talks with the United States, not the Afghan government.

Following Attacks In Afghanistan, Trump Rejects Idea Of Negotiating With The Taliban

Following Attacks In Afghanistan, Trump Rejects Idea Of Negotiating With The Taliban

"It must now be established by America and her allies that the Afghan issue cannot be solved militarily," the Taliban said Monday, referring to itself as the Islamic Emirate of Afghanistan, the title by which it ruled the country before the group's ouster shortly after the Sept. 11, 2001, attacks.

"America must henceforth focus on a peaceful strategy for Afghanistan instead of war," the statement continued. "Military strategies which have repeatedly been tested in Afghanistan over the past seventeen years will only intensify and prolong the war. And this is not in the interest of anyone."

In Helmand, Afghan General Fights Taliban 'Cancer' With Some Help From U.S. Marines

The competing statements come just a month after the Taliban launched two high-profile, deadly attacks in Kabul. In the first, Islamist gunmen laid siege to a luxury hotel, battling security forces for more than 13 hours and killing at least 18 people. A suicide bombing less than a week later killed at least 103 people and wounded 235 more when an ambulance full of explosives detonated at a checkpoint near government buildings.

Still, Reuters reports that Ghani, who has been backed by a recently escalated military effort by the U.S., said he would not "pre-judge" any group interested in pursuing peace — and according to The Associated Press, he vowed to "consider the Taliban's view in the peace talks."