Accessibility links
Walmart Joins Dick's Sporting Goods In Tighter Limits On Gun Sales : The Two-Way Both firms say customers will have to be 21 to buy a gun. Both are also putting new curbs on ammunition purchases in response to the Parkland, Fla., high school shootings. 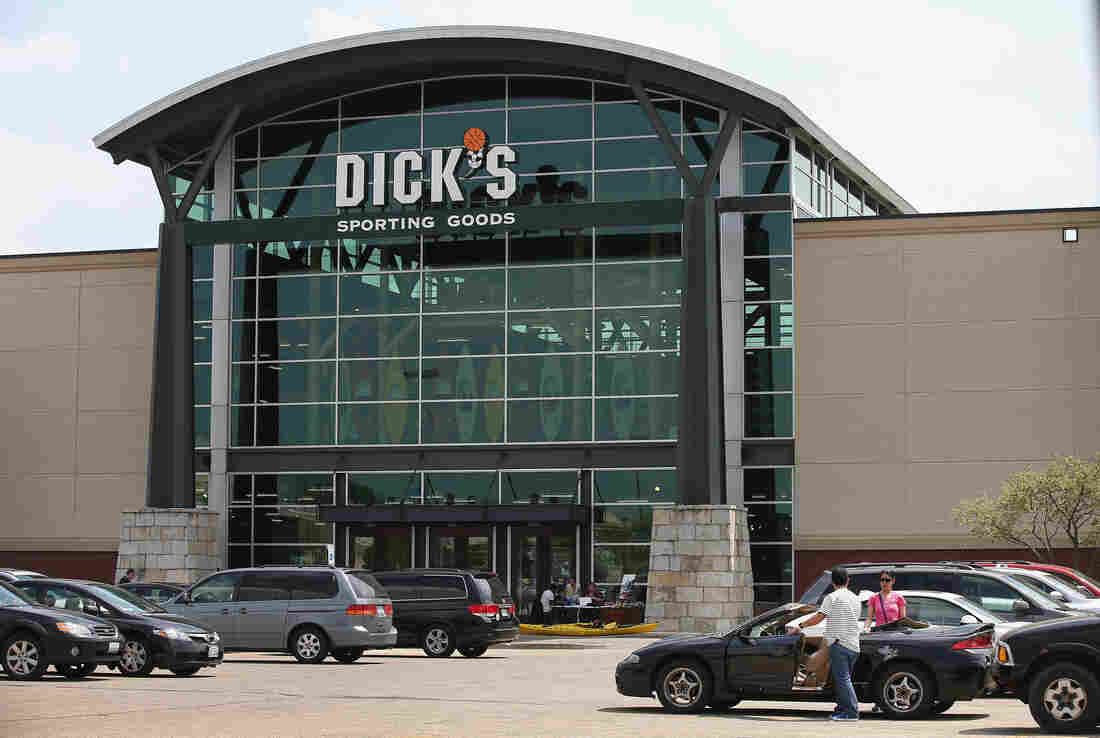 A statement from Dick's Sporting Goods said, "We have to help solve the problem that's in front of us. Gun violence is an epidemic." Scott Olson/Getty Images hide caption 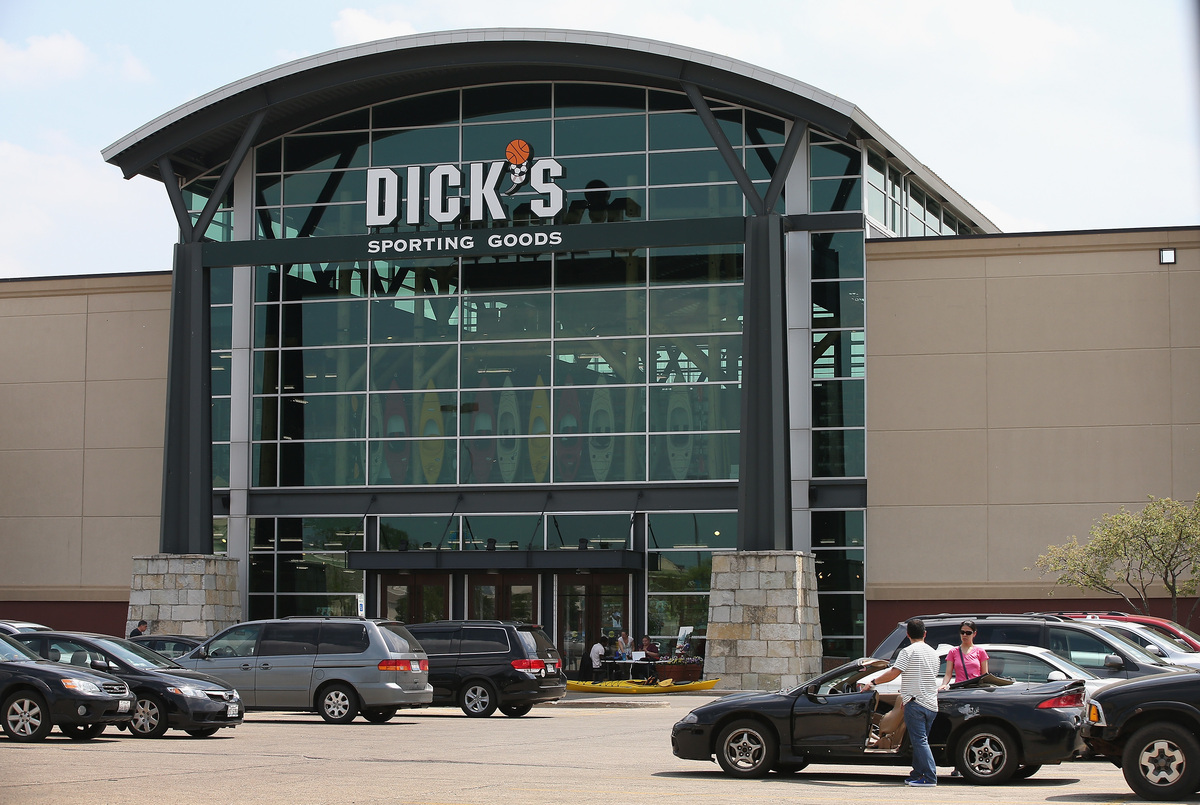 A statement from Dick's Sporting Goods said, "We have to help solve the problem that's in front of us. Gun violence is an epidemic."

Walmart and Dick's Sporting Goods say they won't sell guns to customers under 21, and both are putting new restrictions on ammunition sales.

Dick's Sporting Goods, one of the largest sports retailers in the U.S., has announced it is immediately ending its sales of military-style semi-automatic rifles and is requiring all customers to be older than 21 to buy a firearm at its stores. Additionally, the company no longer will sell high-capacity magazines.

Walmart, which ended sales of modern sporting rifles such as AR-15s in 2015, has announced that it is raising the minimum age for purchasing firearms and ammunition from 18 to 21. The company notes that it does not sell bump stocks, high-capacity magazines and similar accessories.

Walmart is also removing items from its website "resembling assault-style rifles, including nonlethal airsoft guns and toys" — like the air gun Tamir Rice was playing with when he was shot by a Cleveland police officer who thought the 12-year-old was armed.

Dick's Sporting Goods CEO Ed Stack announced the firm's decision on ABC's Good Morning America on Wednesday, the same day that survivors of the shooting at Marjory Stoneman Douglas High School returned to class. Stack said the 19-year-old gunman allegedly behind that massacre, which claimed 17 lives and wounded many more in Parkland, Fla., had purchased a firearm from the retailer last November.

While that the weapon — a shotgun — was not used in the shooting, the CEO said the revelation deeply affected Stack and his colleagues at Dick's.

"We did everything by the book. We did everything that the law required, and still he was able to buy a gun," Stack said. "When we looked at that, we said the systems that are in place across the board just aren't effective enough to keep us from selling a gun like that.

"And so we've decided we're not going to sell the assault-type rifles any longer."

We deeply believe that this country's most precious gift is our children. They are our future. We must keep them safe. Beginning today, DICK'S Sporting Goods is committed to the following: https://t.co/J4OcB6XJnu pic.twitter.com/BaTJ9LaCYe

The company, which operates more than 715 locations, already had pulled assault-style weapons from Dick's stores after the 2012 Sandy Hook shooting; now it will also stop selling the weapons at its subsidiary Field & Stream stores.

Stack said the decision to eliminate assault-style rifles is permanent.

"We have heard you. The nation has heard you. ... The systems in place are not effective to protect our kids and our citizens."

The statement asserted the company's support for the Second Amendment but continued, "we have to help solve the problem that's in front of us. Gun violence is an epidemic."

In addition to changing its own policies, the company issued a plea to elected officials to enact "common-sense gun reform," specifically calling for the following regulations:

With their moves, Dick's and Walmart join a host of major companies that made changes in reaction to the Parkland shooting. As NPR's Amy Held reported last week, many other high-profile companies — from MetLife Insurance and First National Bank of Omaha to Symantec and Hertz — have ended their corporate partnerships with the National Rifle Association.

Those moves have not been without controversy.

Earlier this week, for instance, Georgia Lt. Gov. Casey Cagle threatened to "kill any tax legislation that benefits" Delta Air Lines after the company ended its own relationship with the NRA. Delta, which is based in Atlanta, had announced two days earlier that "we will be requesting that the NRA remove our information from their website" — a decision Cagle described as an attack on conservatives.

Asked about the potential for pushback among gun rights advocates, Stack acknowledged the move "isn't going to make everyone happy. But when we look at what those kids and the parents and the heroes in the school, what they did, our view was: If the kids can be brave enough to organize like this, we can be brave enough to get these [firearms] out of here."

"We're staunch supporters of the Second Amendment," he added. "I'm a gun owner myself. We've just decided that based on what's happened and with these guns, we don't want to be part of this story."