Accessibility links
Shrouds Pulled From Charlottesville Confederate Statues, Following Ruling : The Two-Way The coverings, which had been in place since a white supremacist rally in the Virginia city ended in bloodshed last August, were ordered removed by a judge on Tuesday. 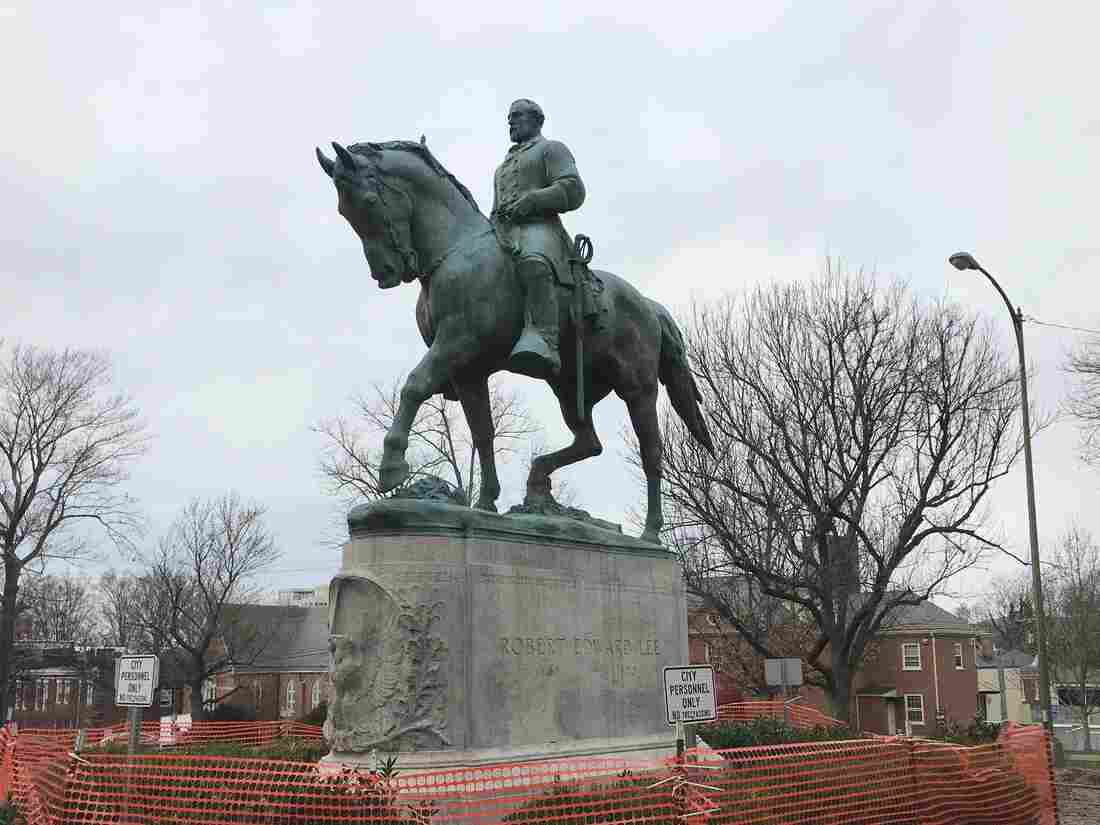 The shroud that had obscured the Robert E. Lee statue in Charlottesville, Va.'s, Emancipation Park since August was removed Wednesday morning. A judge ruled the shroud, as well as one over a Stonewall Jackson monument in a second park, was obstructing the right of the public to view the memorials. Hawes Spencer/WCVE hide caption 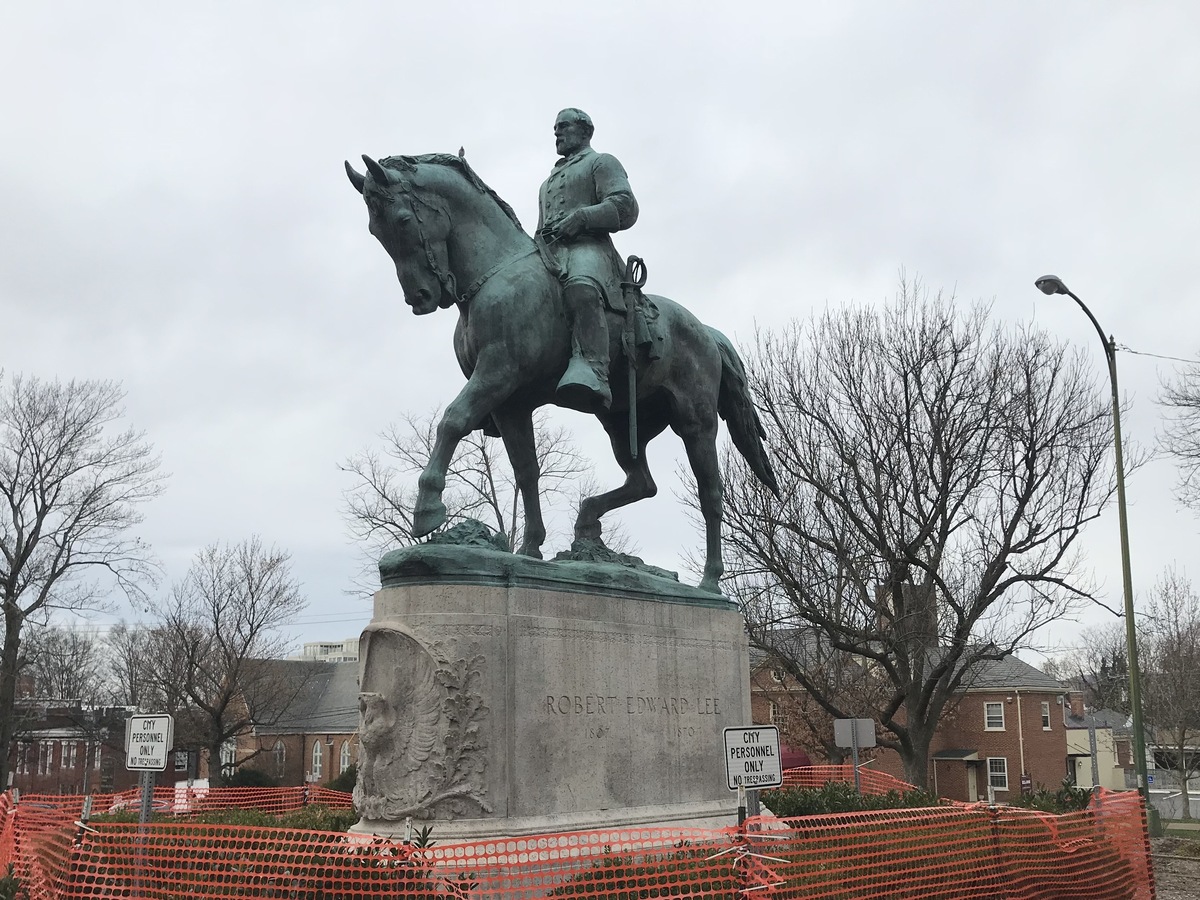 The shroud that had obscured the Robert E. Lee statue in Charlottesville, Va.'s, Emancipation Park since August was removed Wednesday morning. A judge ruled the shroud, as well as one over a Stonewall Jackson monument in a second park, was obstructing the right of the public to view the memorials.

One day after a circuit court judge ruled that the tarps draped over controversial Confederate statues in Charlottesville, Va., be removed, the city says it complied, lifting the coverings early Wednesday morning.

The statues of Robert E. Lee and Thomas "Stonewall" Jackson — both military heroes of the Confederacy — had been hidden under the cloths following a white supremacist march and rally in August erupted in violence and the death of a counterprotester.

Over the weekend beginning Aug. 11, torch-wielding marchers and a patchwork of alt-right activists, chanting racists slogans, gathered in Charlottesville, in part to protest plans to remove the Lee statue from Emancipation Park (formerly known as Lee Park.)

Counterprotesters were there too, among them 32-year-old Heather Heyer, who police say was killed after a suspected white supremacist deliberately drove his car into her and others in the crowd.

On Aug. 21 the city council, as a symbol of mourning, voted to obscure both statues from public view, and workers followed through a couple of days later.

But "it is not a matter of the 'mourning' having gone on too long," Judge Richard E. Moore of Charlottesville Circuit Court wrote in his ruling Tuesday. Rather, he said, the city didn't do enough to prove that the coverings wouldn't be "anything other than permanent."

The Washington Post reports the city wanted the shrouds to remain in the public parks until the first anniversary of Heyer's death. But Moore that wrote the city didn't indicate an end date for the coverings — adding if it had, "the Court would have given serious consideration to that."

"I can only surmise that they have not set an end time because they never meant for the coverings to be temporary," he wrote.

Moore's ruling is a temporary injunction; a final ruling, which could order the statues be removed entirely, is not expected until later this year, reports The New York Times.

In recent months, dozens of cities have removed their Confederate monuments — an issue President Trump has weighed in on — as the country grapples with how to memorialize its past.

In Virginia, a state law protects public war memorial from being removed or altered. The city argues the law does not apply to the statues, but the plaintiffs, a group of Confederate heritage advocates, say it does, according to The Post.

In his ruling, Moore noted that shielding the statues interfered with the public's ability to view them.

As U.S. Copes With Charlottesville Violence, Protesters Take To The Streets

"I find that the irreparable harm here is based not on physical damage to the statues but, given the significant period of time that has gone by, on the obstructed rights of the public, under the statute, to be able to view the statues," he wrote.

WCVE's Hawes Spencer reports that the debate about what to do with the statues has divided the city. He spoke to Danielle Jones at Emancipation Park after the tarp came down Wednesday, and she told him she wants the statues gone too.

"Somebody was killed," Jones said. "It's bringing all the hatred back up."

But the Sons of Confederate Veterans, Virgina Division, called the ruling "a victory."

In a statement, the city said it "is disappointed by the ruling but will respect the court's decision. We are looking forward to the process of redesigning our downtown parks to promote a more complete history of our community."

The Times reports the city is considering adding historical signage to the parks to provide more context about the war.