Accessibility links
Some Disneyland Employees Struggle To Pay For Food, Shelter, Survey Finds : The Two-Way More than two-thirds of unionized workers at Disneyland in California tell surveyors that they are food insecure at the place advertised as the "happiest place on earth." 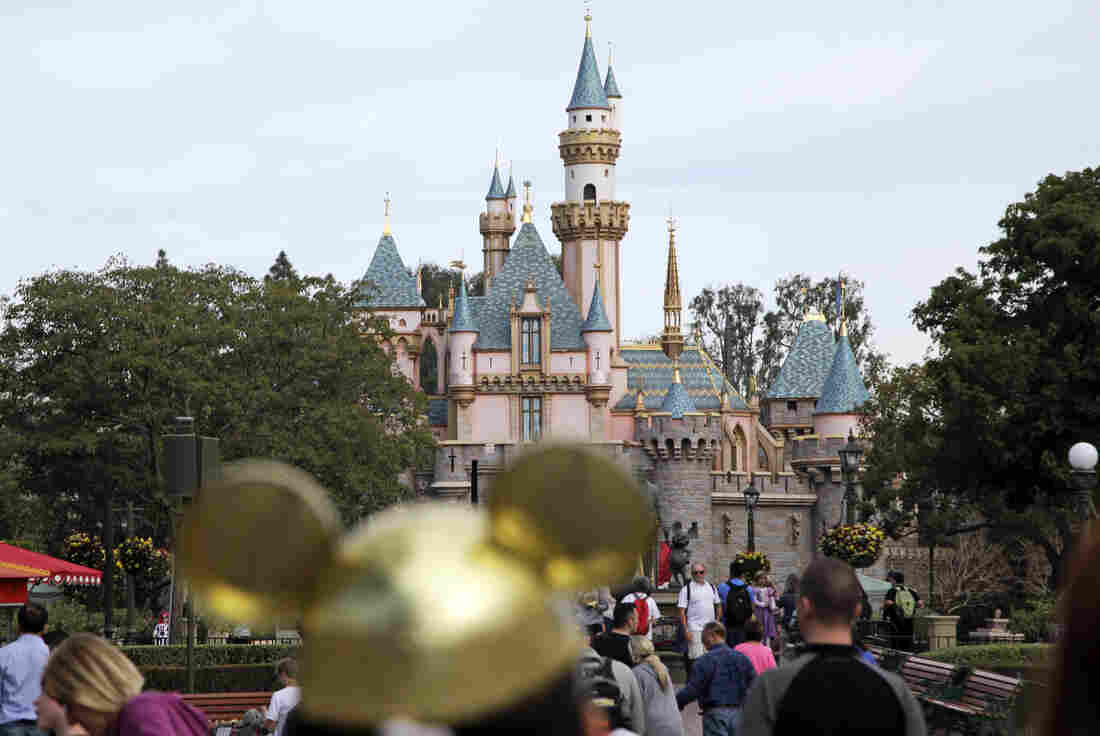 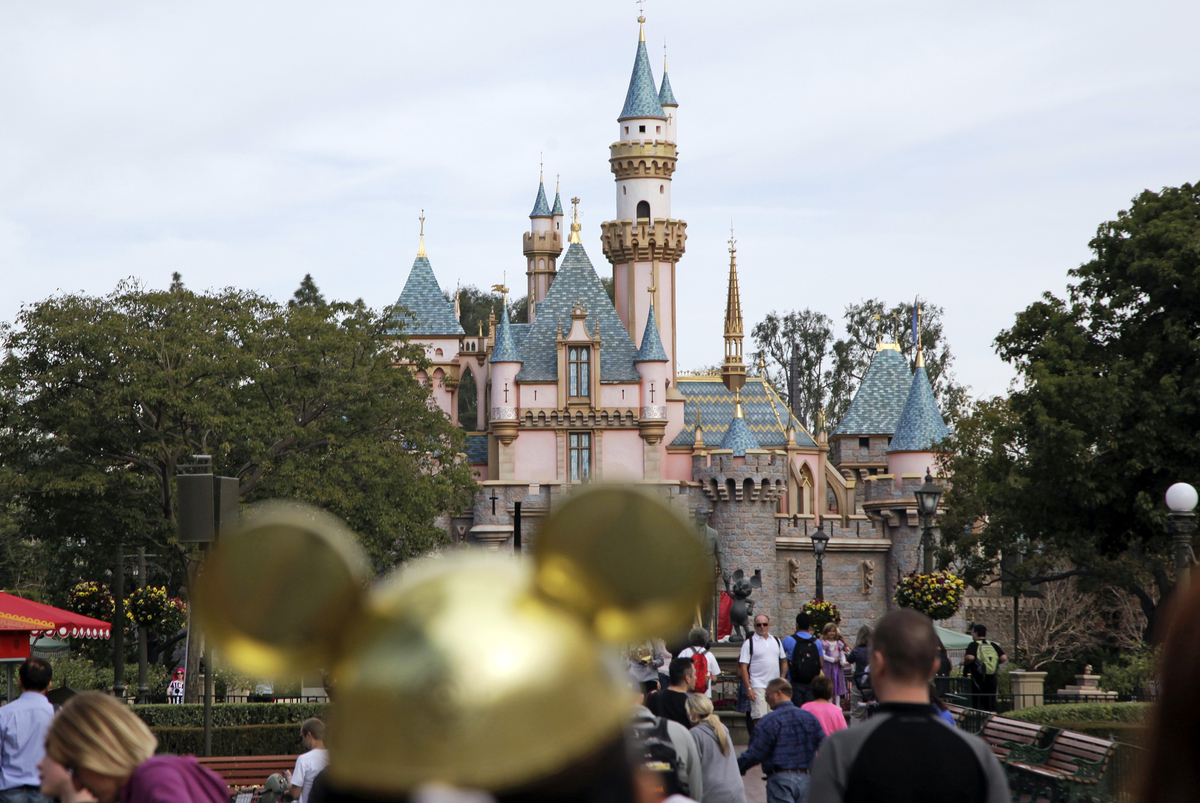 A new survey of union employees at Disneyland in Anaheim, Calif., has found that more than two-thirds of respondents say they are food insecure at the resort advertised as the "happiest place on Earth."

Disneyland employs about 30,000 people, according to the company. The surveyors say they heard from about 5,000 employees representing nine unions at Disneyland. One in ten reported that they have been homeless in the last two years, or haven't had their own place to sleep. Nearly three quarters say they don't bring in enough money to cover their monthly basic expenses.

Unions representing park staff are in the middle of, or about to start, negotiations with management. The survey was underwritten by The Coalition of Resort Labor Unions, a group of unions that work in Disneyland.

"While we recognize that socio-economic challenges exist for many people living in Southern California, we take pride in our employment experience," Disneyland spokesperson Suzi Brown said in a statement to NPR.

She described the report as an "inaccurate and unscientific survey" and questioned its methodology and motivations. Disney claims that the survey did not use proper controls about who could take it. However, Occidental College professor Peter Dreier, who was involved in developing the methodology, described that as "totally wrong" because the survey required employee ID numbers that were checked for duplication.

"Rather than deal with the issues we identified in the report — low wages, inadequate health insurance, lack of any day care, food insecurity, lack of respect, etc — Disney is desperately trying to deflect attention by criticizing the methods," Dreier said in an email to NPR.

While the respondents comprised about one in six of the park employees, it's not clear how the results would be different for the broader staff. The company says that the average annual wage for full-time hourly staff last year was about $37,000, and that it has recently introduced an educational program for its hourly workforce.

Still, the average hourly wages for park employees have been decreasing for more than 15 years, according to the survey.

"The average hourly wage for Disneyland Resort workers in real dollars dropped 15% from 2000 to 2017, from $15.80 to $13.36," the report states. Disneyland said it was still reviewing the specific numbers in the report.

"I've been 29 years with Disney. I only get $15.70 an hour," an unnamed full-time concierge who is living with a friend told the surveyors. "Sometimes I go without food."

"The pay is so poor I worry every month if I'll be living in my car again or not be able to pay my car payment and live in the streets," said another full-time worker.

California's statewide minimum wage is $11 at companies with 26 or more people on the payroll and $10.50 at smaller employers. It's set to increase annually, reaching $15 for all employers by 2023.

But even that is not a "living wage" in California, according to a recent report from the California Budget & Policy Center. Here's The Orange County Register on that report's findings:

"Taking into account housing, food, child care, transportation, medical needs, and basics such as clothing, housekeeping supplies and telephone service, along with income and payroll taxes, a California family of four with two working parents needs annual earnings of $75,952 on average to afford basic necessities.

"This is equivalent to each working parent having a full-time job that pays $18.26 an hour. A family with only one working parent would need to earn $28.53 an hour to make ends meet, the report estimates."

The union survey shows that the Disney workforce is getting older, with 18 percent at age 55 or older. "The conception of Disneyland Resort workers as young people with few financial realities does not match reality," says the report.

At the same time, some employees reported that the erratic work hours make it more difficult to hold down a second job. About one in four employees surveyed say they have the same schedule every week.