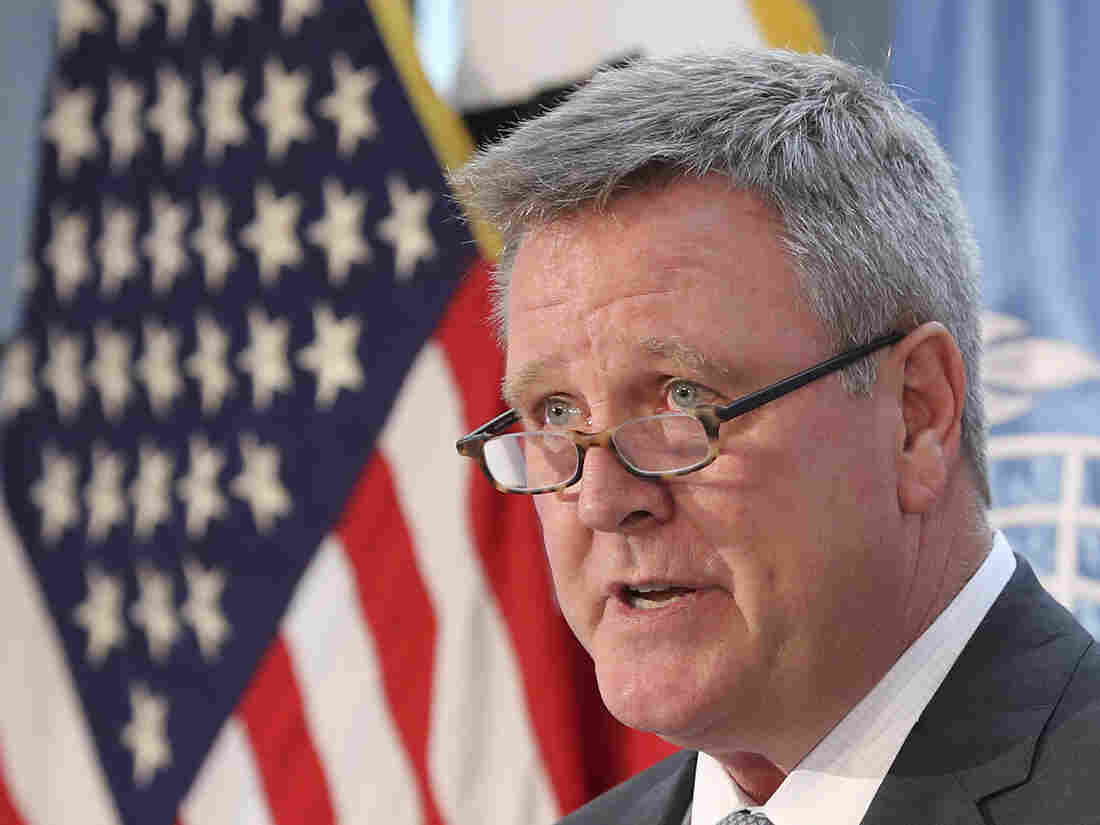 Scott Blackmun, in 2007. He announced Wednesday that he is stepping down as CEO of the U.S. Olympic Committee. On the same day, the USOC announced steps it is taking to protect abuse victims. Lee Jin-man/AP hide caption 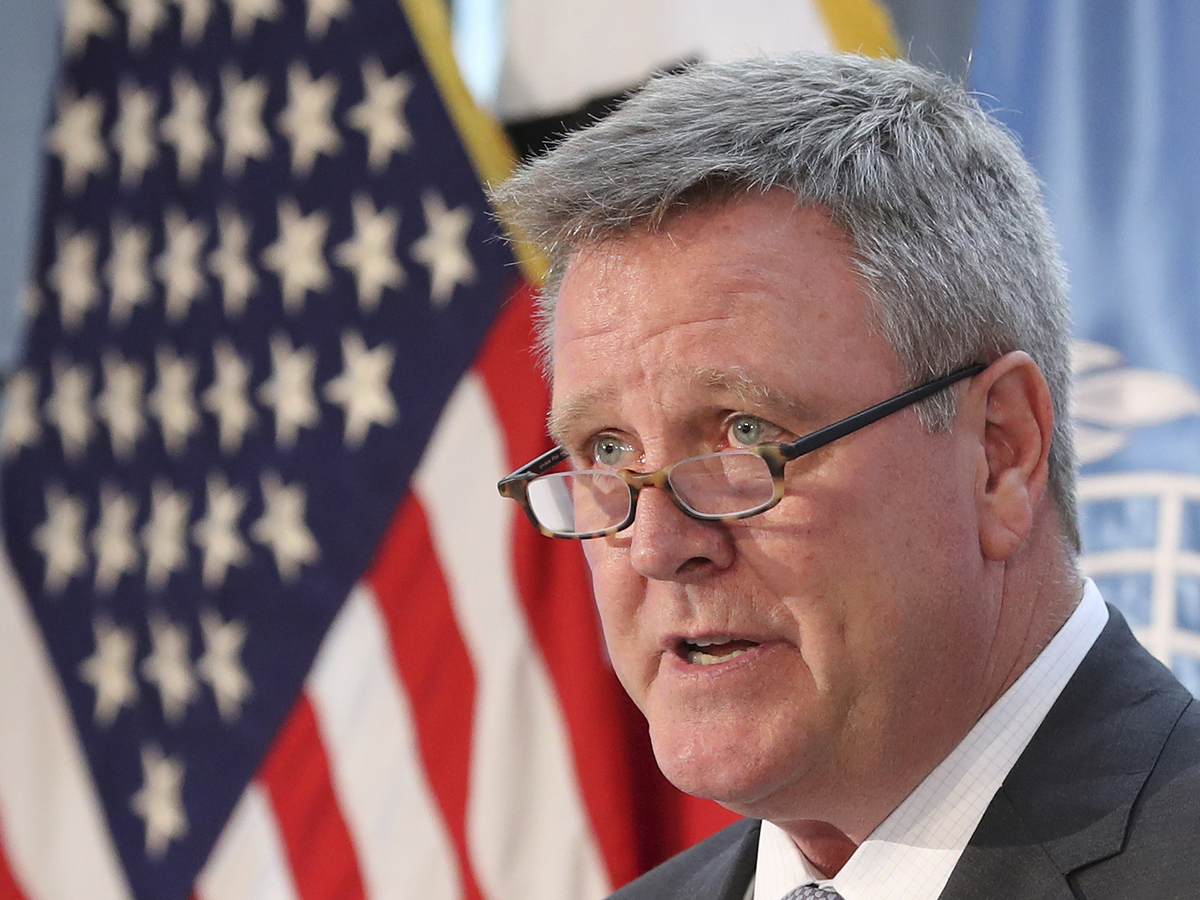 Scott Blackmun, in 2007. He announced Wednesday that he is stepping down as CEO of the U.S. Olympic Committee. On the same day, the USOC announced steps it is taking to protect abuse victims.

Under growing pressure to quit, Scott Blackmun, CEO of the United States Olympic Committee, resigned "due to ongoing health issues resulting from prostate cancer," according to a USOC statement on Wednesday.

Board member Susanne Lyons will step in as the acting CEO until a permanent replacement is named.

The news came at the same time the committee announced steps "designed to protect athletes from abuse and respond quickly and effectively when issues surface."

Among the reforms and initiatives the USOC said it is implementing are creating an advisory group that will include abuse survivors to safeguard against future abuse in "the Olympic community," providing more funding to speed up the resolution of cases, and improving support and counseling "for gymnasts impacted by Nassar's crimes."

The USOC has been engulfed by the scandal surrounding Larry Nassar, onetime USA Gymnastics doctor, convicted of sexually assaulting minors. Scores of athletes who were in his care have accused him of abuse going back decades. He has been sentenced to up to hundreds of years in prison.

Two U.S. senators called for Blackmun's resignation earlier this month, citing a Wall Street Journal report that found he and other USOC officials were aware of abuse allegations against Nassar for months before acting on them.

Sens. Jeanne Shaheen, D-N.H., and Joni Ernst, R-Iowa, questioned Blackmun's leadership, citing an open letter he wrote in January in which he pledged to uncover how the abuse could have gone on for so long and "who knew what and when." But the senators said Blackmun failed "to admit his own supposed direct knowledge of allegations that were brought to his attention in July 2015."

Several former Olympic athletes and advocates also called on Blackmun to step down.

In courtrooms, dozens of wrenching victim impact statements described Nassar as abusing athletes for years under the guise of legitimate medical treatment with seeming impunity.

Rachael Denhollander, a lawyer and one of Nassar's first accusers, said after a sentencing earlier this month, that victims "wouldn't be here had the adults and authorities done what they should have done 20 years ago," according to The Associated Press.

Denhollander added that victims are turning their attention "with even greater force to the institutional dynamics that led to the greatest sexual assault scandal in history."

Late last month, the entire board of USA Gymnastics announced they will resign.

USOC Chairman Larry Probst said new leadership is needed "so that we can immediately address the urgent initiatives ahead of us. ... The USOC is at a critical point in its history."

In a statement, Blackmun, who has been USOC CEO since 2010, did not mention the Nassar scandal, instead saying his role "has not only been immensely rewarding, it has been an honor and the highlight of my professional life," He added, "I am proud of what we have achieved as a team and am confident that Susanne will help the USOC continue to embody the Olympic spirit and champion Team USA athletes during this transition."