Accessibility links
Georgia School Evacuated After Teacher Barricaded Himself In Classroom And Fired Gun : The Two-Way No students were in the classroom when the teacher fired the weapon, and despite a chaotic lockdown, the only injury was a student who hurt her ankle running away. 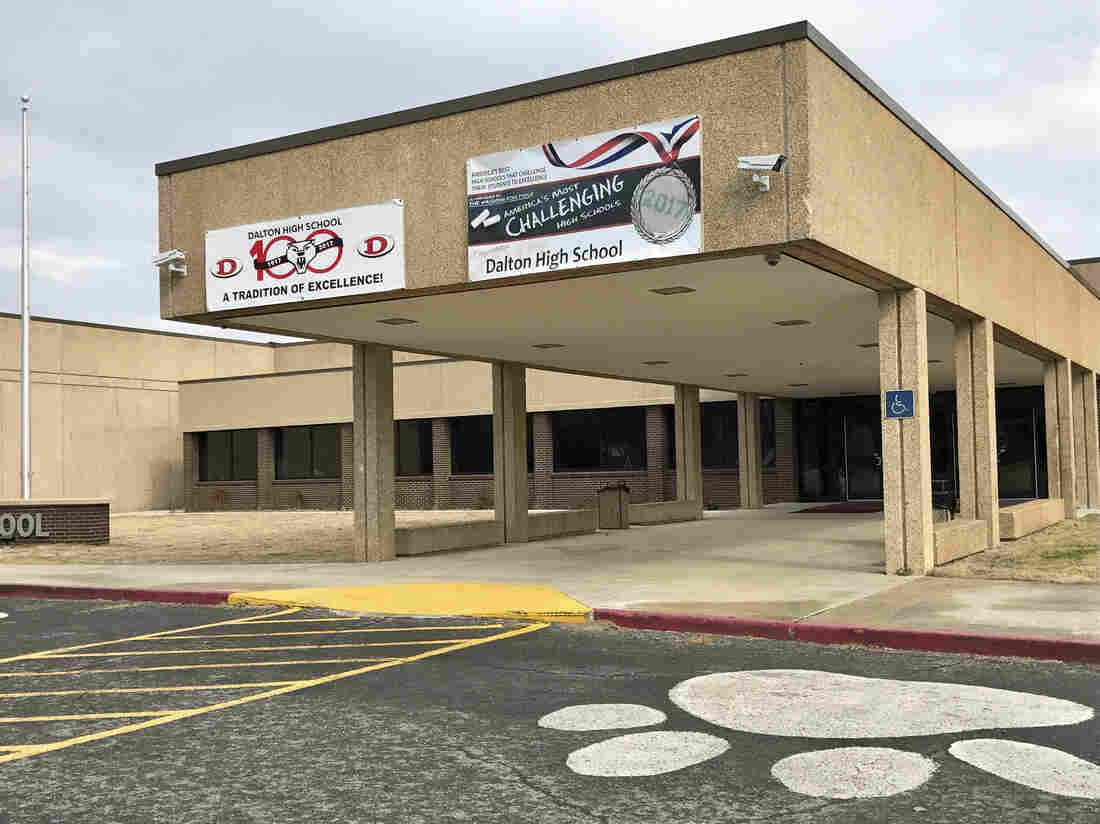 The main entrance to Dalton High School in Georgia. Police say a teacher who barricaded himself in a classroom and fired a shot has been taken into custody. Jeff Martin/AP hide caption 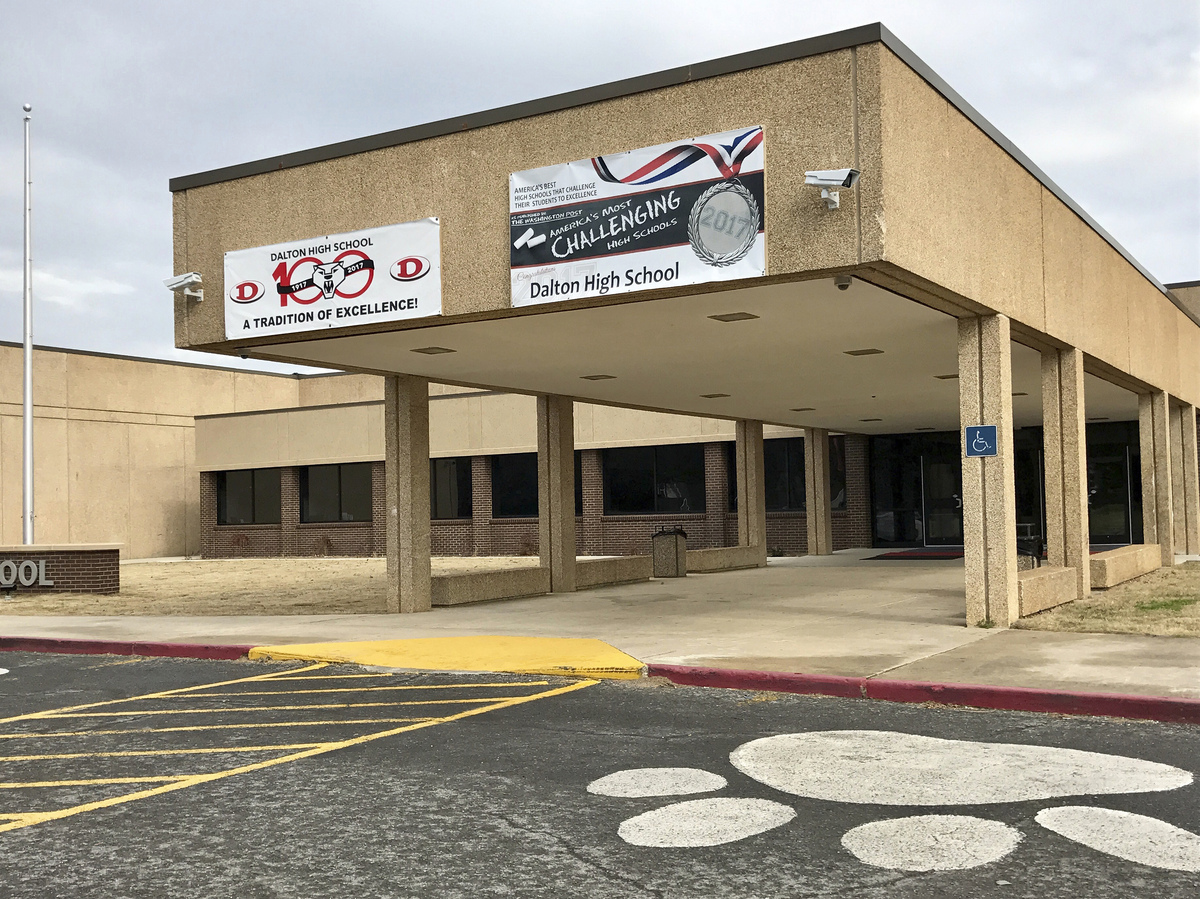 The main entrance to Dalton High School in Georgia. Police say a teacher who barricaded himself in a classroom and fired a shot has been taken into custody.

A well-liked social studies teacher barricaded himself in a classroom and fired a handgun at Dalton High School, which plunged students and faculty into a lockdown and subsequent evacuation, according to the AP.

No students were in the classroom. The only injury was to a student who hurt her ankle running away, tweeted the police in Dalton, which is about 90 miles north of Atlanta.

Police confirmed that the teacher was Jesse Randal Davidson, 53. He taught social studies, and served as play-by-play voice of the school's football team. The Atlanta Journal-Constitution reported that Davidson had been at the school since 2004, and was recognized as the school's "top teacher" in 2012. 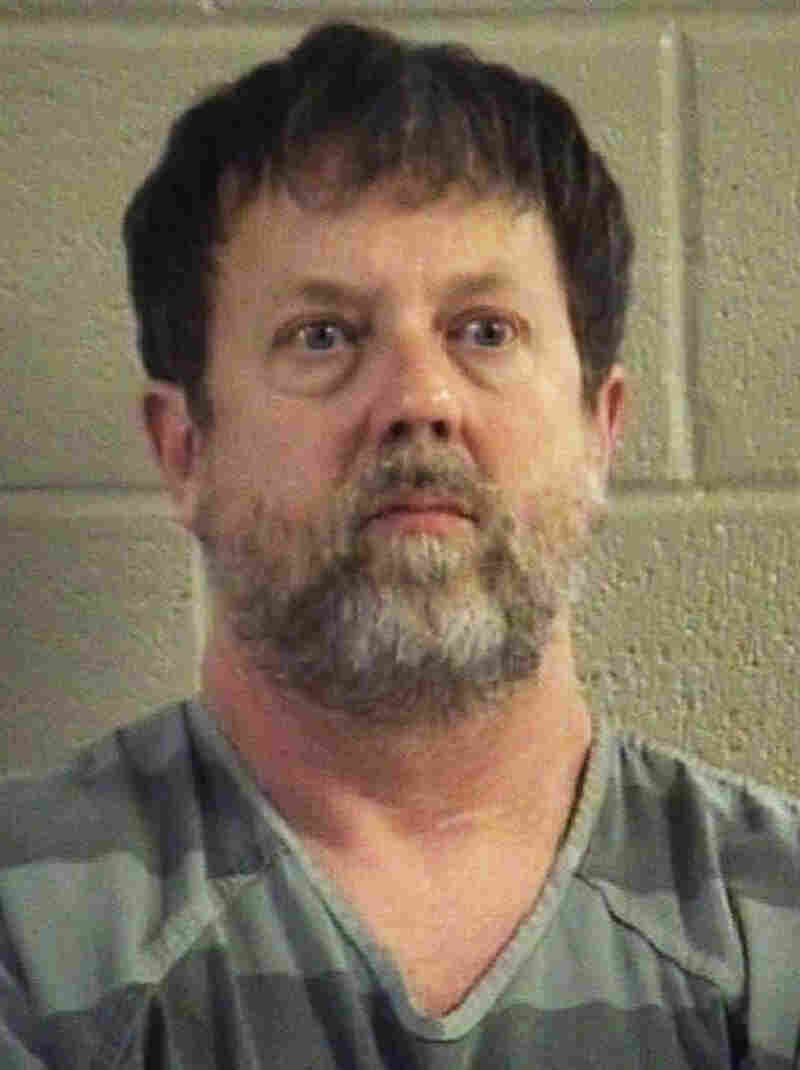 This undated photo provided by the sheriff's office shows Jesse Randal Davidson, who was arrested after apparently firing a gun at the Dalton, Ga., school where he taught. Whitfield County Sheriff's Office/AP hide caption

The incident occurred two weeks after a shooting incident at Marjory Stoneman Douglas High School in Parkland, Fla., left 17 dead, and as its survivors are igniting a new debate over gun control around the United States.

After that shooting, both the National Rifle Association and President Trump have suggested that arming teachers could discourage would-be shooters from entering schools. "We have to have offensive capability to take these people out rapidly before they can do this kind of damage," Trump said last week.

As NPR has reported, "many educators are uncomfortable with the idea, and worry that it could put students in further harm and deter people from entering the field of teaching, which is already facing shortages."

"The teacher was taken into custody without incident after a 30- to 45-minute standoff with officers, police spokesman Bruce Frazier said. ...

"Police noted that Davidson didn't appear to want to hurt the students or faculty. He fired the gun at an exterior window when the principal tried to enter the classroom. ...

"The shooting happened about 11:30 a.m. during Davidson's planning period. At first, students tried to get into the classroom, but they couldn't. The students told the principal, who tried to enter.

"'I didn't get the door open very far, but he slammed the door and hollered "Go away, don't come in here." He had some nonsensical noises that were made as well,' Principal Steve Bartoo said.

"Bartoo returned a short time later and put his key in the door 'and again he slammed the door before I could open it and he said, "Don't come in here, I have a gun."'

"That's when Davidson fired and the school was placed on lockdown, authorities said."

Students of the class took to social media to discuss the incident, including Chondi Chastain, who told the AP that she was scheduled to have Davidson's class later that afternoon. "I dare you to tell me arming teachers will make us safe," she tweeted to the NRA.

@nra my favorite teacher at Dalton high school just blockaded his door and proceeded to shoot. We had to run out The back of the school in the rain. Students were being trampled and screaming. I dare you to tell me arming teachers will make us safe.

Davidson has been charged with "aggravated assault, carrying weapon on school grounds, terroristic threats, reckless conduct, possession of gun during commission of a crime, and disrupting public school," according to Dalton Police.

Students are excused from coming to Dalton High School Thursday, but faculty and police will be there. The school will resume classes on Friday.

Trump Angers Conservatives Over Guns While Negotiating With Lawmakers On TV