Accessibility links
Australia Says Gun Amnesty Netted 57,000 Illegal Weapons : The Two-Way The three-month amnesty that ended in September was meant to absorb some of the country's 260,000 unregistered firearms. 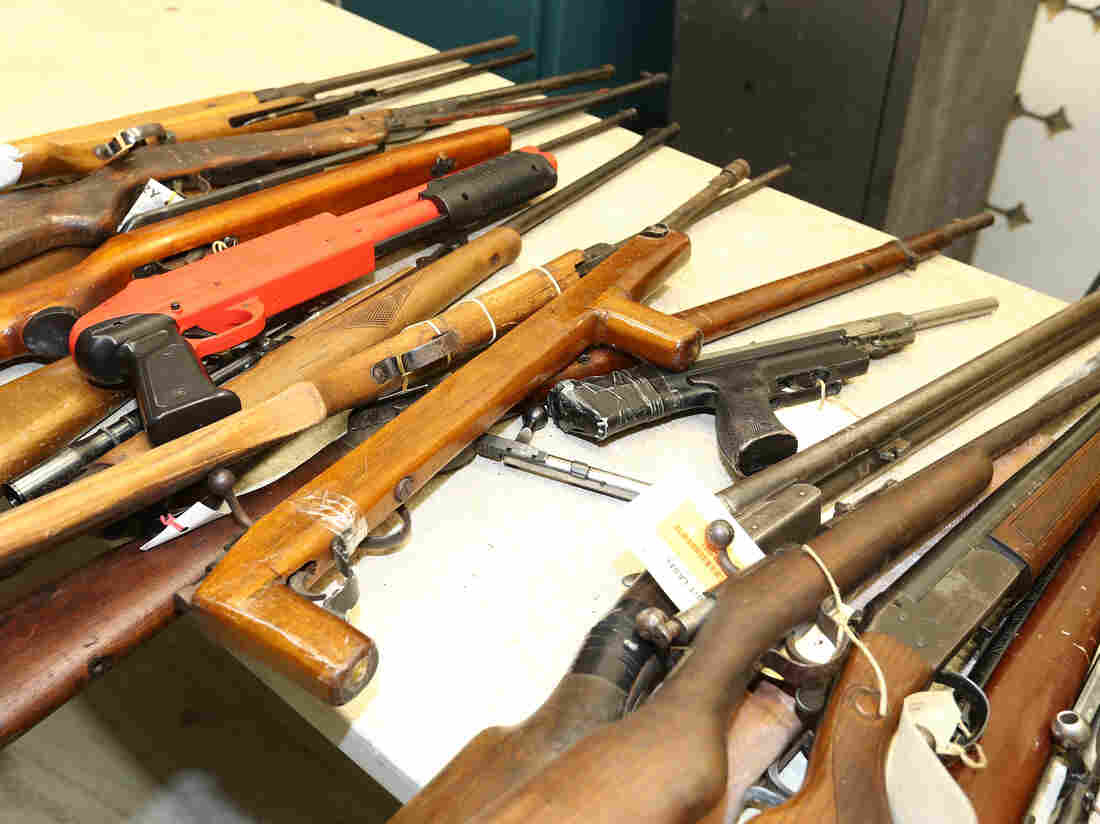 Weapons that were handed in are seen at the Victoria Police Forensic Services Centre on August 11, 2017 in Melbourne, Australia. Robert Cianflone/Getty Images hide caption 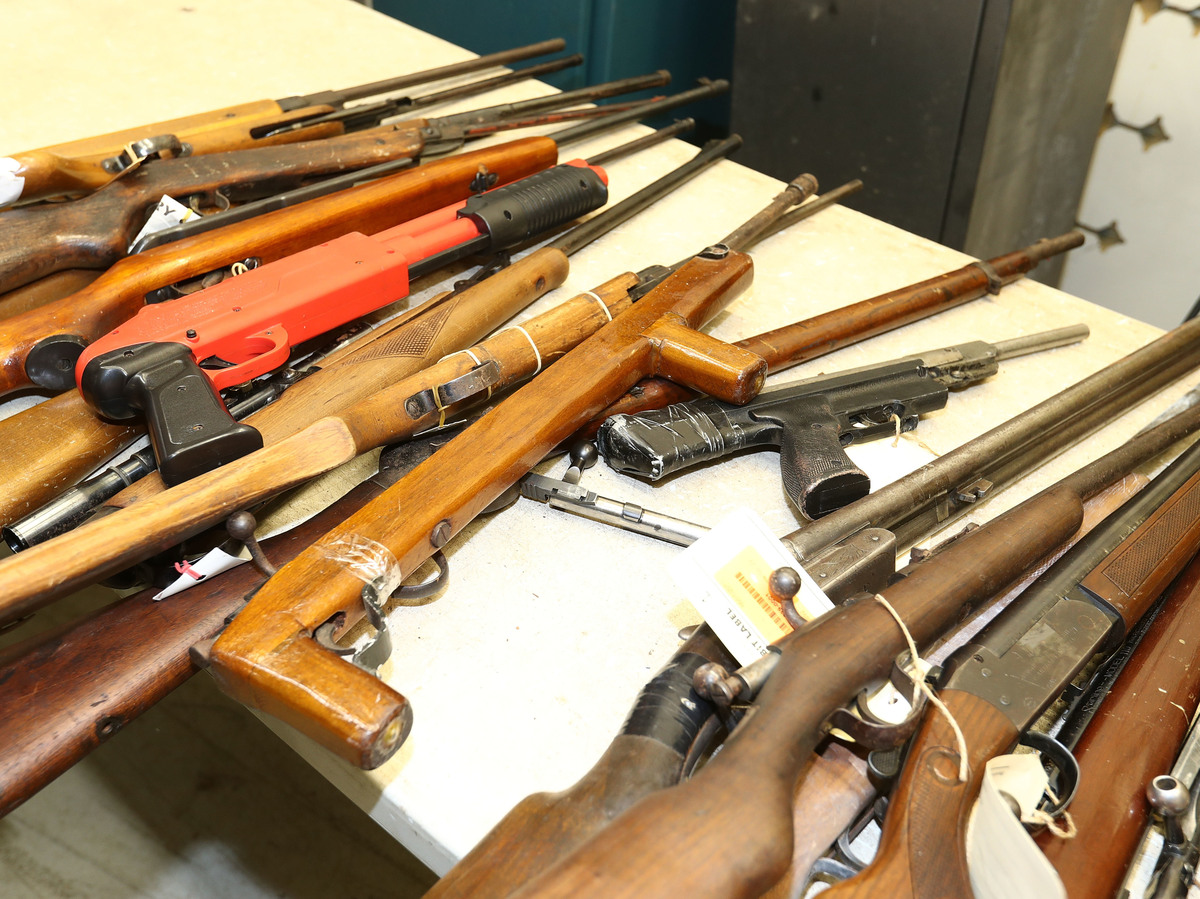 Weapons that were handed in are seen at the Victoria Police Forensic Services Centre on August 11, 2017 in Melbourne, Australia.

Australia says it collected more than 57,000 illegal firearms during a three-month amnesty last year – the first such program since tough gun laws were enacted in the wake of the country's worst mass shooting in 1996.

The amnesty, which ran from July through September, netted almost 2,500 semi-automatic and fully automatic weapons that were the target of firearms legislation beginning in 1996 that banned private ownership of such rifles.

Unregistered firearms are illegal in Australia and owning one carries a penalty up to 14 years in jail and a US$225,000 fine.

"Taking these unregistered firearms off the streets means they will not fall into the hands of criminals, who might use them to endanger the lives of innocent Australians," Law Enforcement Minister Angus Taylor said Thursday.

Among the more unusual weapons recovered were a rusting anti-armor rocket launcher, a German machine gun dating from World War I and a muzzle-loading pistol produced circa 1860.

The largest number were surrendered in New South Wales — 24,831, while Queensland handed in 16,375; Victoria 9,175 and South Australia 2,825, with Tasmania, Western Australia and the Northern Territory accounting for the rest, officials said according to 9 News.

Last year's amnesty was meant to absorb some of the country's estimated 260,000 illegal guns in circulation – although the figure could be much higher, officials say.

In 2016, Chris Dawson, the head of the Australian Criminal Intelligence Commission, said that outlaw biker gangs and Middle Eastern crime groups were thought to be responsible for illegal gun trafficking, according to The Age newspaper.

Australia's response to the April 28, 1996, massacre in Port Arthur, Tasmania, is widely viewed as a model that those in favor of stricter gun measures say the U.S. could emulate.

The Port Arthur shooter used an AR-15-style semiautomatic rifle – the same weapon that has been featured in a number of mass shootings in the U.S., including the one last month that resulted in 17 deaths at a Parkland, Fla., high school.

In the decade before the Port Arthur massacre, which killed 35 people, there had been about ten mass shootings in Australia; however, in the 16 years since changes to gun laws were fully enacted in 2002, the number of such crimes has fallen precipitously. The homicide rate has also dropped, although some experts debate whether changes in gun laws are the only factor.

As NPR wrote in 2012, "The new laws [in Australia] prohibited all automatic and semi-automatic weapons, and imposed strict licensing rules. Even paintball guns need a permit. There are also background checks and lengthy waiting periods for all purchases."

In a 2017 interview with NPR's Here & Now, former Australian Deputy Prime Minister Tim Fischer, who was in office when the tougher gun laws were passed, said they show that a country "can have a sensible policy on guns and reduce the number of people being killed by guns and the gun massacres."

However, as we reported in 2013, the efficacy of gun-buyback programs in the U.S. – similar to Australia's gun amnesty, but with a monetary incentive — has been questioned.

"Getting at the weapons you really want is not easy," William Woodward, director for training and technical assistance at the Center for the Study and Prevention of Violence at the University of Colorado, Boulder, told NPR. "Years ago, when they first tried gun buybacks, they ran into the same problem. People brought in guns that were broken so they could get the cash, or they'd go out and get someone else's gun to turn in — but not the one they were planning on using."