Accessibility links
Putin Says Russia Has New Nuclear Weapons That Can't Be Intercepted : The Two-Way The weapons include cruise missiles, nuclear-powered underwater drones and a new hypersonic missile. Putin warned that any use of nuclear weapons against Russia or its allies would trigger a response. 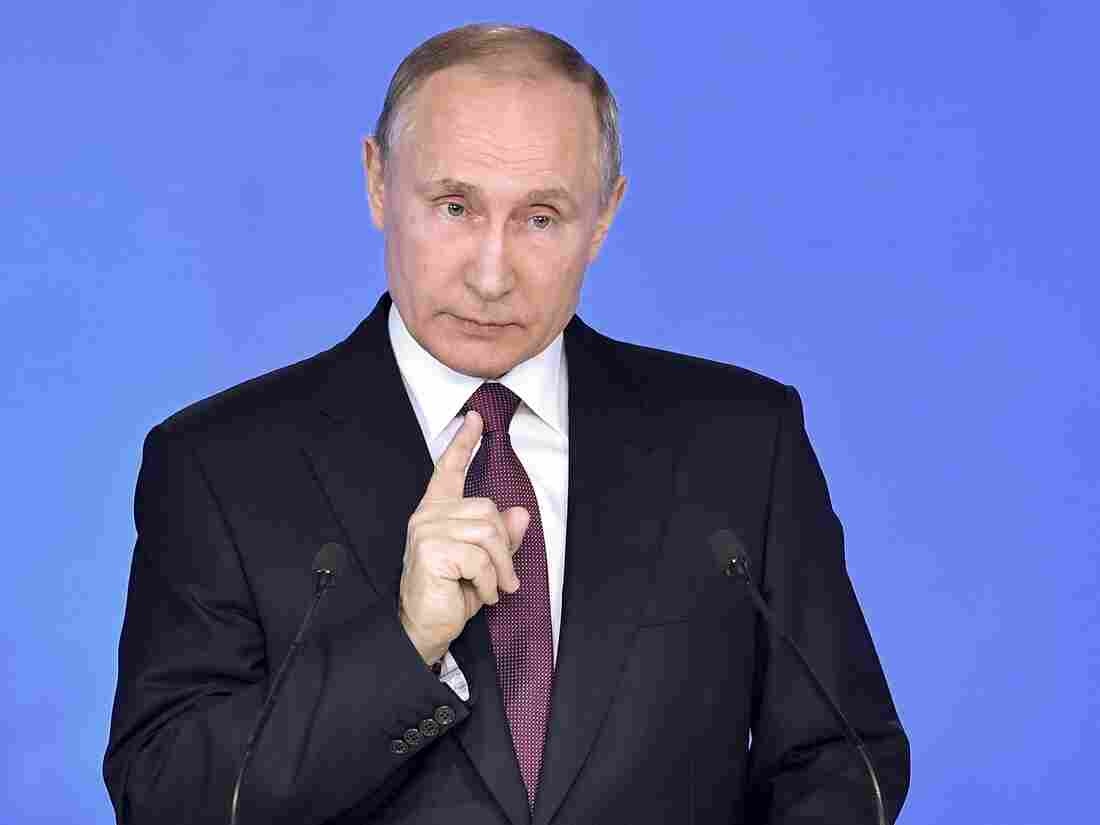 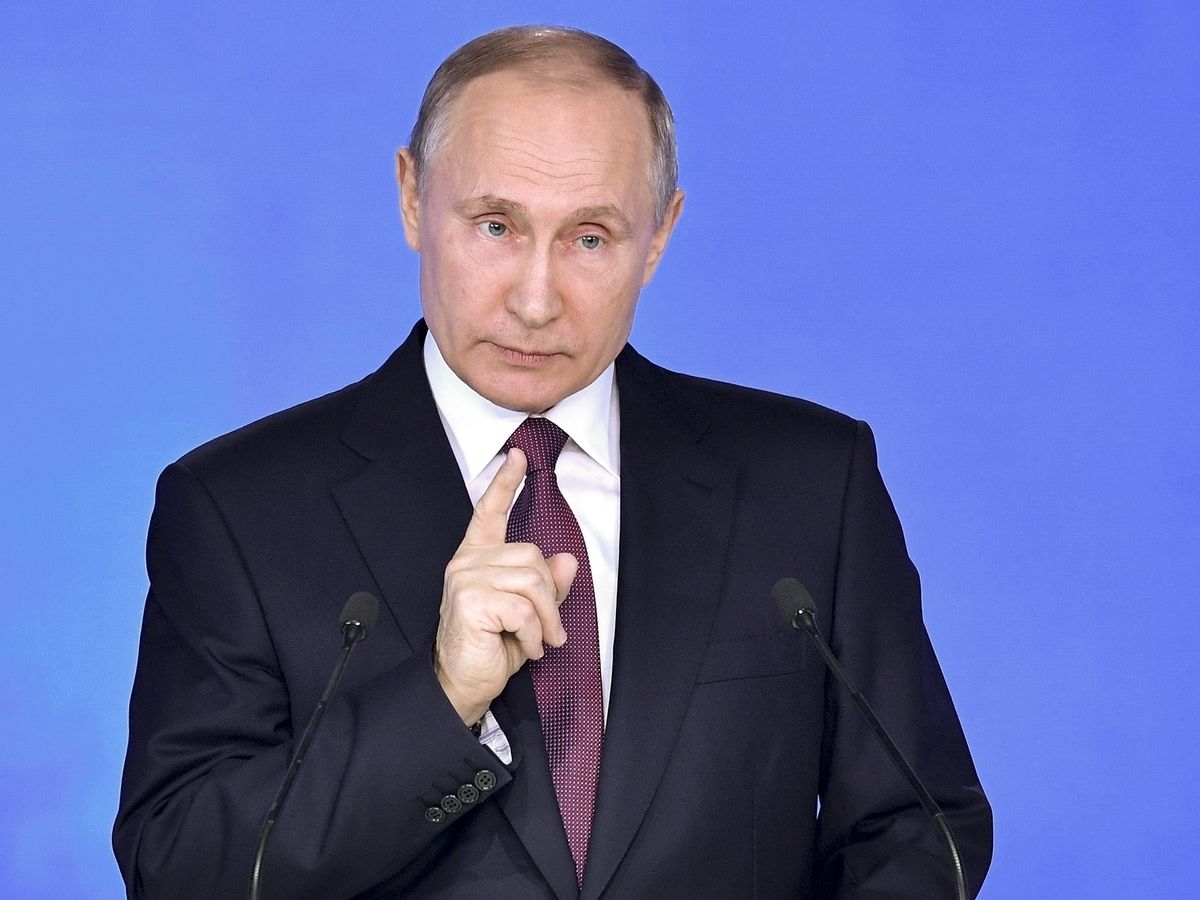 Russian President Vladimir Putin gives his annual state of the nation address in Moscow on Thursday.

Those weapons include cruise missiles, nuclear-powered underwater drones and a new hypersonic missile that travels five times the speed of sound.

"The foreign policy part of Putin's speech focused on how the United States had ignored Russia's strategic interests long enough," NPR's Lucian Kim reported from Moscow. "Putin repeatedly interrupted his speech to show videos of cutting-edge rockets and torpedoes snaking their way to their targets."

Putin uses state-of-nation speech to show off Russia's new super weapons: "Nobody wanted to talk to us. Now listen to us."
(Applause) pic.twitter.com/wZrzWRdoDX

Putin warned that any use of nuclear weapons against Russia or its allies would trigger a response.

With videos and computer graphics displayed on giant screens, Putin showed off the array of new weapons to the hundreds of officials and lawmakers gathered for the address.

"A low-flying, low-visibility cruise missile armed with a nuclear warhead and possessing a practically unlimited range, unpredictable flight path and the capability to impregnate practically all interception lines is invulnerable to all existing and future anti-missile and air defense weapons," Putin said, according to the state news service TASS. He said the missile was successfully tested late last year.

He also said Russia had tested a new heavy intercontinental ballistic missile, called Sarmat, capable of striking targets by flying over either the North or South poles. The missile can be armed with nuclear warheads, he said, including the new hypersonic ones.

"With the total weight of over 200 tons it has a short active flight path, which complicates its intercept by ABM systems," said Putin, according to TASS.

Russia's claims about its nuclear capabilities can be difficult to verify. For example, Russian television flashed a design of their new nuclear-armed underwater drone in 2015. Many experts questioned details in the schematic, and doubted that the weapon is fully developed. But most agree a program looking into nuclear drones exists.

The president also spoke about domestic issues, including highway infrastructure and health care.

"The containment of Russia didn't succeed," Putin said. "It's time to recognize that reality. This isn't a bluff."

"No one has listened to us," he said, according to the AP. "You listen to us now."