Accessibility links
'March For Our Lives' Rally Wanted To Use National Mall, But It Was Booked : The Two-Way The organizers of the student-led gun control protest applied for a permit to march on the National Mall on March 24 — but the Mall was already reserved by a student group filming for a talent show. 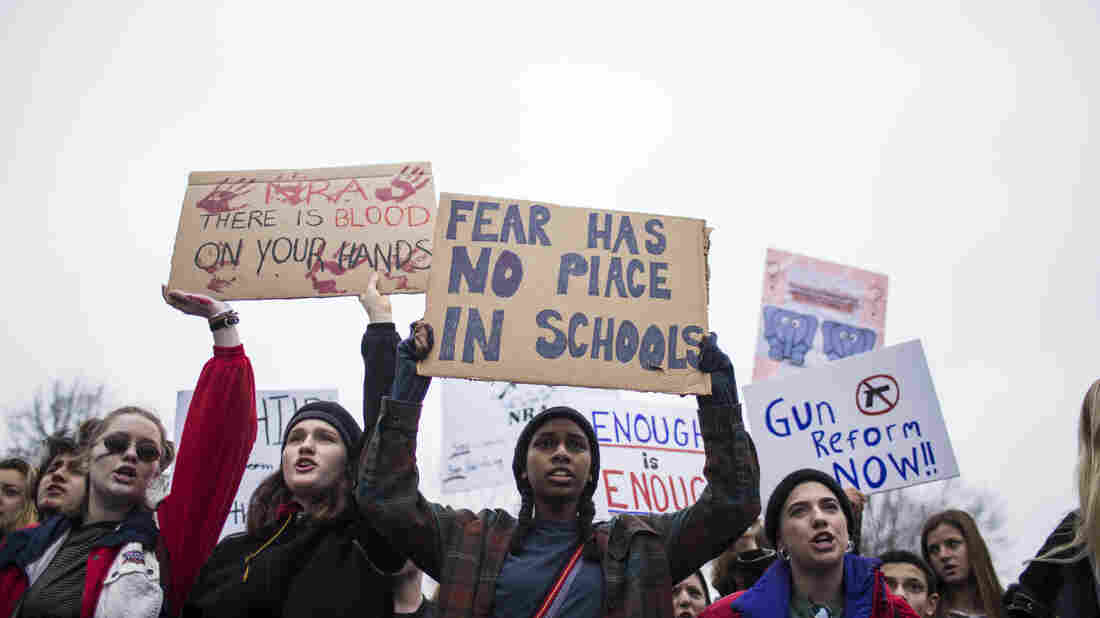 Demonstrators hold signs Feb. 19 during a "lie-in" protest supporting gun control reform near the White House. A gun control rally set for Washington on March 24 will be held on Pennsylvania Avenue, not on the National Mall as originally planned. Zach Gibson/Getty Images hide caption 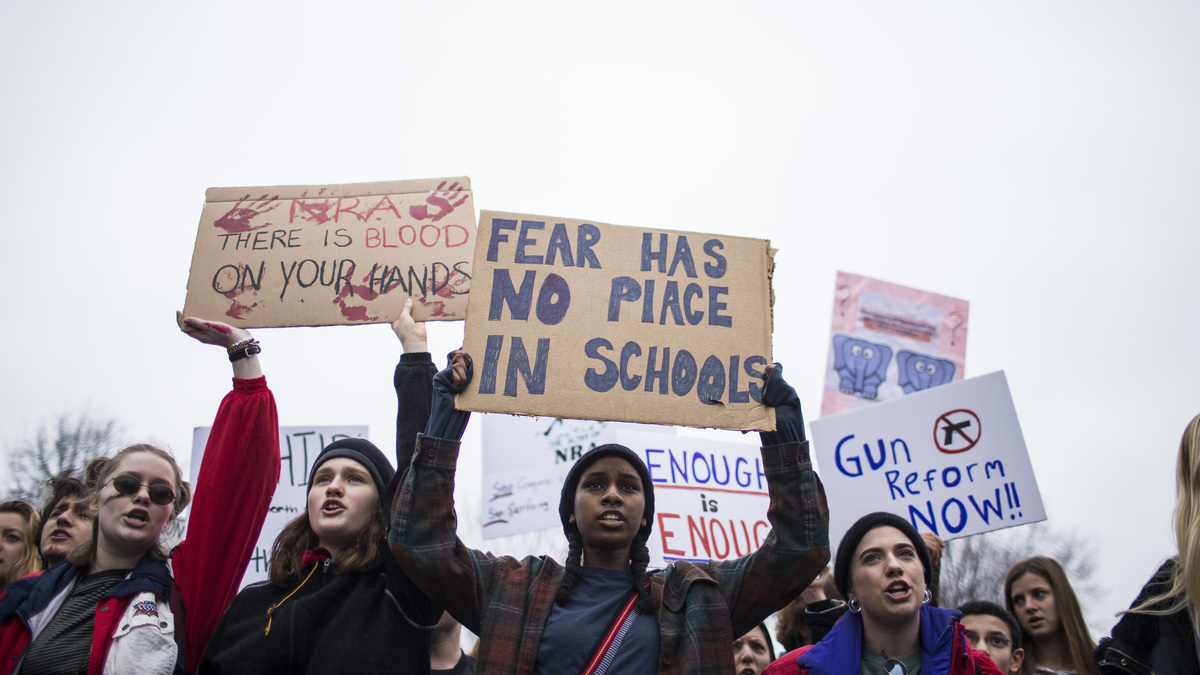 Demonstrators hold signs Feb. 19 during a "lie-in" protest supporting gun control reform near the White House. A gun control rally set for Washington on March 24 will be held on Pennsylvania Avenue, not on the National Mall as originally planned.

A student-led rally in favor of gun control, called the "March for our Lives," won't take place on the National Mall in Washington, because the Mall was already reserved by a small student group filming for a talent show.

The protest has been relocated to Pennsylvania Avenue, a spokesman for the National Park Service says.

The "March for Our Lives" on March 24 is a project of students at Marjory Stoneman Douglas in Parkland, Fla. After surviving the school shooting that killed 17 people in February, several of the school's students have become outspoken advocates for gun reform.

Protests are planned across the country, but the march in the nation's capital is the headlining event. It's designed to put pressure on national lawmakers and to demand "that we end gun violence and mass shootings in our schools today," as the organizers put it.

Last week, an organizer working with the students applied for a permit from the National Park Service to protest on the National Mall. According to a redacted copy of the application, which was released by the Park Service, the group proposed a rally that would stretch across 11 blocks of the Mall and have room for up to 500,000 people.

But a previous permit application had already requested access to sections of the Mall that weekend for a noncommercial student project — specifically, "filming for a talent show."

That project is significantly smaller — one SUV, seven cameras and a few bikes, rather than thousands of chairs, 20 tents, rows of porta-potties and more than a dozen Jumbotrons. But the difference in scale doesn't matter.

"By regulation, when there is a conflict of time and location for events, precedence is established by the order in which the permit application was received," National Park Service spokesman Mike Litterst tells NPR.

"Rather than denying subsequent applications, we work with the organizers to find a suitable alternate location," he said. "For the March For Our Lives, these new locations included West Potomac Park and Pennsylvania Avenue. They informed us yesterday that they will hold their event on Pennsylvania Avenue, between Third Street and 12th Street."

More than 32,000 people have indicated on Facebook that they plan to go to the rally, and individuals up and down the East Coast are trying to organize buses to the capital.