Accessibility links
South Korea Shortens 'Inhumanely Long' Workweek : The Two-Way "It is impossible to lead a happy life when long hours and overexertion become routine," President Moon Jae-in said recently. The country has one of the world's lowest birth rates. 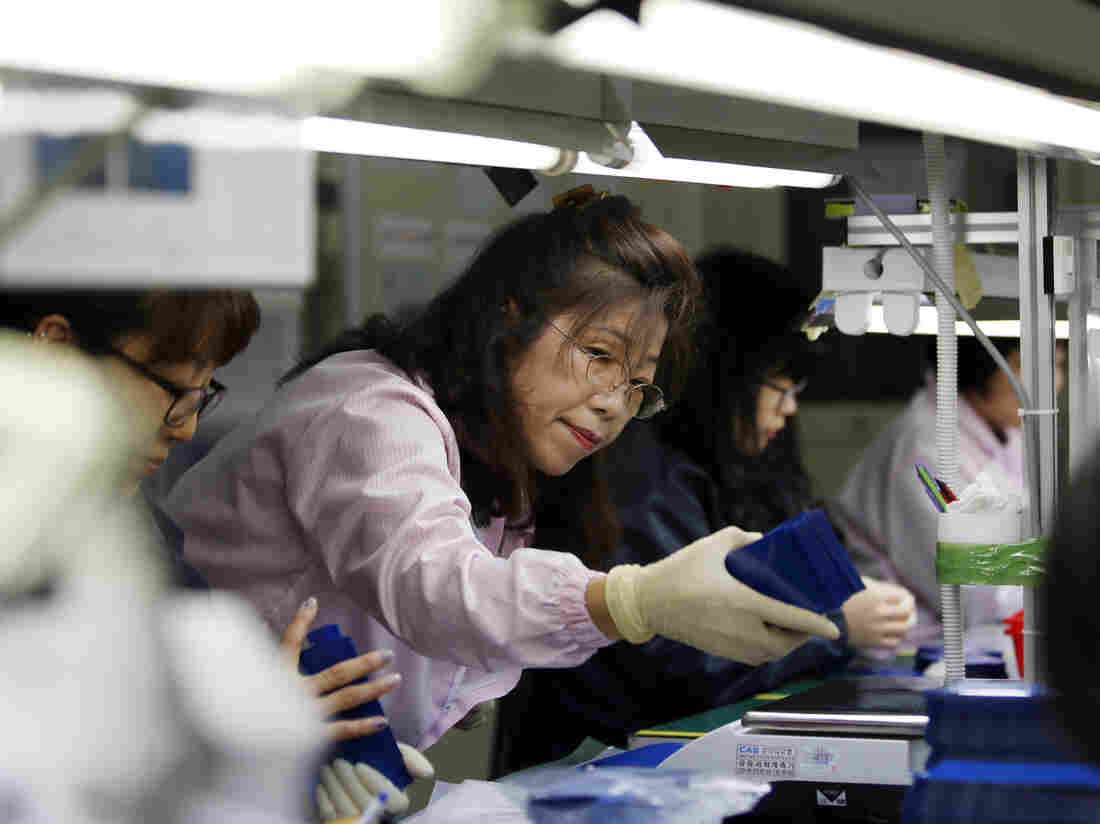 South Korea's parliament has shortened the maximum workweek amid the country's low birth and productivity rates. Workers are seen here at a factory in Ansan, South Korea, in 2015. Kim Hong-Ji/Reuters hide caption 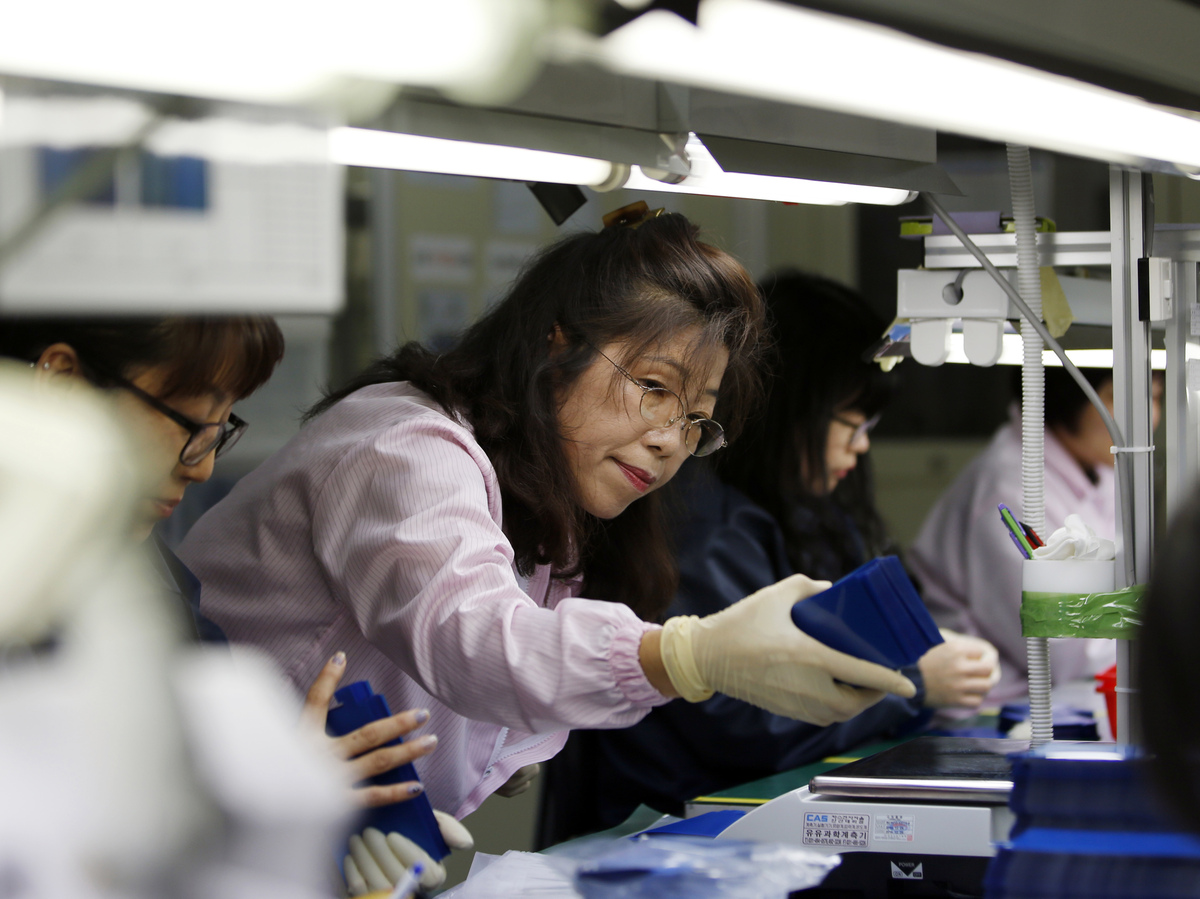 South Korea's parliament has shortened the maximum workweek amid the country's low birth and productivity rates. Workers are seen here at a factory in Ansan, South Korea, in 2015.

Employees in South Korea work long hours: 2,069 hours per worker annually – the second-highest among the Economic Cooperation and Development states, after Mexico. In the United States, that figure is 1,783.

Those long hours went hand-in-hand with the country's booming economy in the 1980s and '90s. But for all those hours worked, South Korea's labor productivity is low, and so is population growth — the country has one of the world's lowest birth rates.

So this week its parliament passed a bill that aims to restore some quality of life, by cutting the maximum workweek to 52 hours — down from 68.

"Under the current law, the maximum working hours in Korea were 68 hours per week, as the law excluded Saturdays and Sundays as part of the 40 hour 'working days,' making it possible to work an additional 16 hours during the weekend on top of any extended working hours," as Korean broadcaster Arirang explains. "The revised working hours will now include the weekends in the weekly 40 hour working day period, reducing the maximum hours to 52."

Employees under 18 will be limited to 35 hours in a regular workweek, and only five industries, including transport and health care, will be exempt from the new limits. Twenty-six were exempt under the previous rules.

"For years we have overlooked the real culprit of the problem — our country's vast gender disparity and inhumanely long working hours," family minister Chung Hyun Back told AFP.

The news service notes that a recent survey found that 68 percent of women in college intended to marry, compared to 80 percent for their male counterparts. The country also has a stark gender pay gap.

"Unless we tackle these problems head-on, South Korea's future will remain murky with the young generation staying away from marriage — not to mention childbirth," Chung told AFP.

But some experts worry it may lead to decreased wages for workers.

"Shorter working hours are necessary for the sake of happiness, but it needs to be discussed along with ways to improve labour productivity," Kim Tai-gi, a professor of economics at Dankook University in Jukjeon, South Korea, told Bloomberg. "Without better productivity, it would have side effects like a decline in income for workers and an increased cost burden for employers."

The shortened workweek was a campaign pledge of President Moon Jae-in, elected last year. Moon also pushed through a 16 percent increase in the minimum wage — a move that was welcomed by low-wage workers and unions, but which reportedly has led some business owners to lay off staff.

"Overworking must not persist in our society," Moon said in a January press conference. "It is impossible to lead a happy life when long hours and overexertion become routine. The Government will focus on reducing working hours and ensuring that people can leave work on time."

In Homogeneous South Korea, A Multicultural Village Hints At Change

He promised the government would "jointly shoulder the burden of childcare" by giving parents of children under 5 a monthly allowance and creating 450 new public day care centers.

"The Government," the president said, "will strive to build a society where women can still lead their life pursuing their own values when they get married, give birth and raise children."