Accessibility links
Alabama Wreck Isn't The Remains Of The Slave Ship Clotilda : The Two-Way A journalist had been searching for the last-known ship to deliver enslaved people to the U.S., and he thought he had found it when a storm uncovered a sunken wreck near Mobile.

Alabama Wreck Isn't The Remains Of The Slave Ship Clotilda

Alabama Wreck Isn't The Remains Of The Slave Ship Clotilda 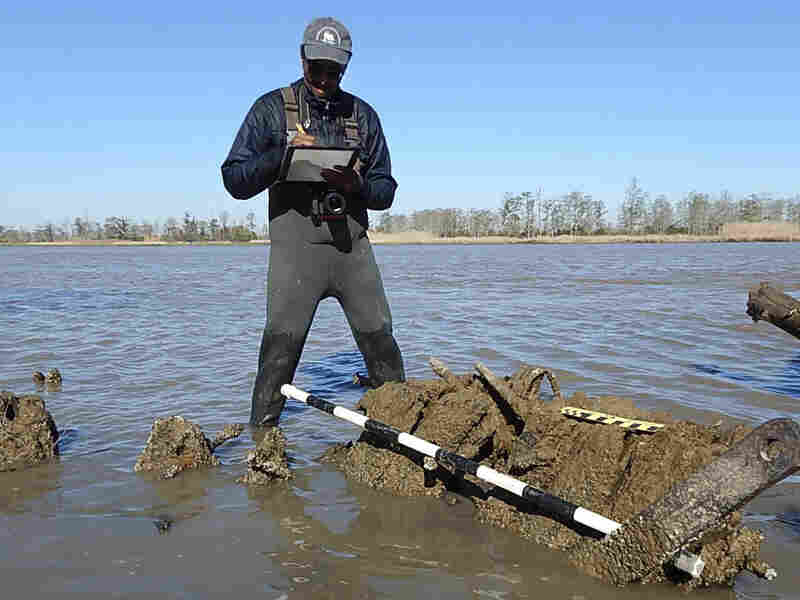 Kamau Sadiki, working with a Smithsonian Institution project, sketches an exposed part of the shipwreck near Mobile, Ala. Experts have concluded it isn't the slave ship Clotilda. Lee Anne Wofford/AP hide caption 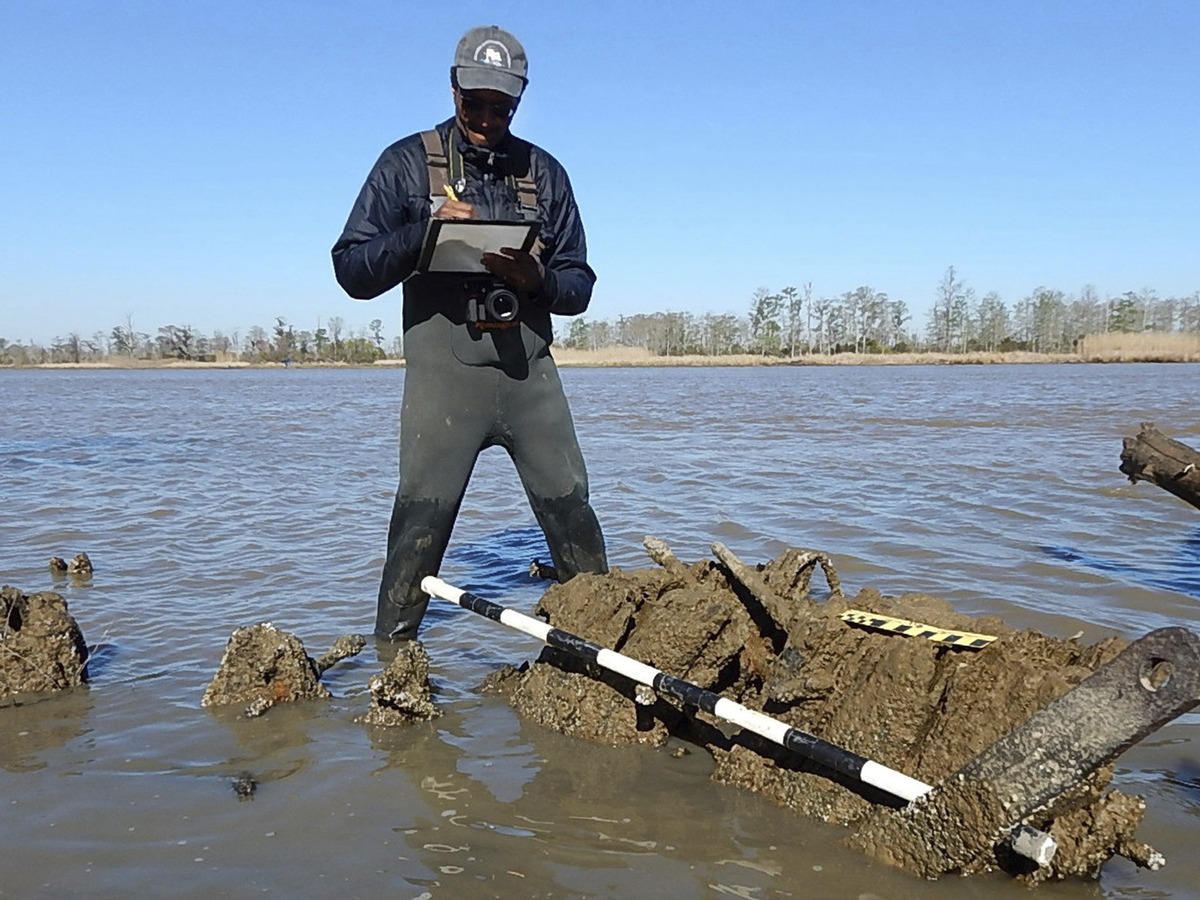 Kamau Sadiki, working with a Smithsonian Institution project, sketches an exposed part of the shipwreck near Mobile, Ala. Experts have concluded it isn't the slave ship Clotilda.

A shipwreck off the coast of Alabama is not a famous slave ship after all. The Alabama Historical Commission says the ship is too new and too large to be the Clotilda, which was the last known vessel to bring enslaved people to the United States in 1860.

Ben Raines, a reporter for AL.com, had been searching for the ship and thought he'd found it.

"What's left of the ship lies partially buried in mud alongside an island in the lower Mobile-Tensaw Delta, a few miles north of the city of Mobile. The hull is tipped to the port side, which appears almost completely buried in mud. The entire length of the starboard side, however, is almost fully exposed. The wreck, which is normally underwater, was exposed during extreme low tides brought on by the same weather system that brought the 'Bomb Cyclon' to the Eastern Seaboard. Low tide around Mobile was about two and a half feet below normal thanks to north winds that blew for days."

As the Two-Way reported in January:

"Before heading out to the site, Raines compiled months of research, collecting information from historical records, articles and notes from the captain's account of the trip. He interviewed locals with century-old ties to the region. Until he stumbled on one who told him he might know its location. So Raines set out to find it.

"'It was old, it was burned, it was right where the guy said [the captain] burned it and it was where this local old-timer said it was," Raines [told NPR.]"

Raines said he couldn't be sure it was the Clotilda, and the Historical Commission says its experts have ruled it out.

The Commission says, in part, Clotilda was 86 feet long while the wreck the Commission identifies as "near Twelvemile Island" is 158 feet and five inches. The newly discovered ship originally had three masts, not two as on the Clotilda, and the size of the timbers also doesn't match.

Perhaps most telling, the Commission says the remains don't seem to have fire damage, unlike the Clotilda:

"Clotilda was burned and then sank. There is no definitive evidence of burning on the Twelvemile Island Wreck. The damage from small marine organisms that eat wood can look similar to fire damage. Our team excavated part of the site to expose areas of the ship to examine the damage. Undamaged sections of the wreck show the damage was confined to the waterline area only, whereas a fire would have damaged or destroyed the hull above the waterline."

Lisa Jones, executive director of the Commission says in a statement that the story of the slave ship has a "profound meaning in Alabama" and the attention paid to this wreck will inspire a renewed effort to find the Clotilda.