Accessibility links
China Announces Largest Military Spending Increase In 3 Years : The Two-Way Beijing says it will spend 8.1 percent more than last year on modernizing its military. The announcement comes amid continued tension between the U.S. and China in the South China Sea. 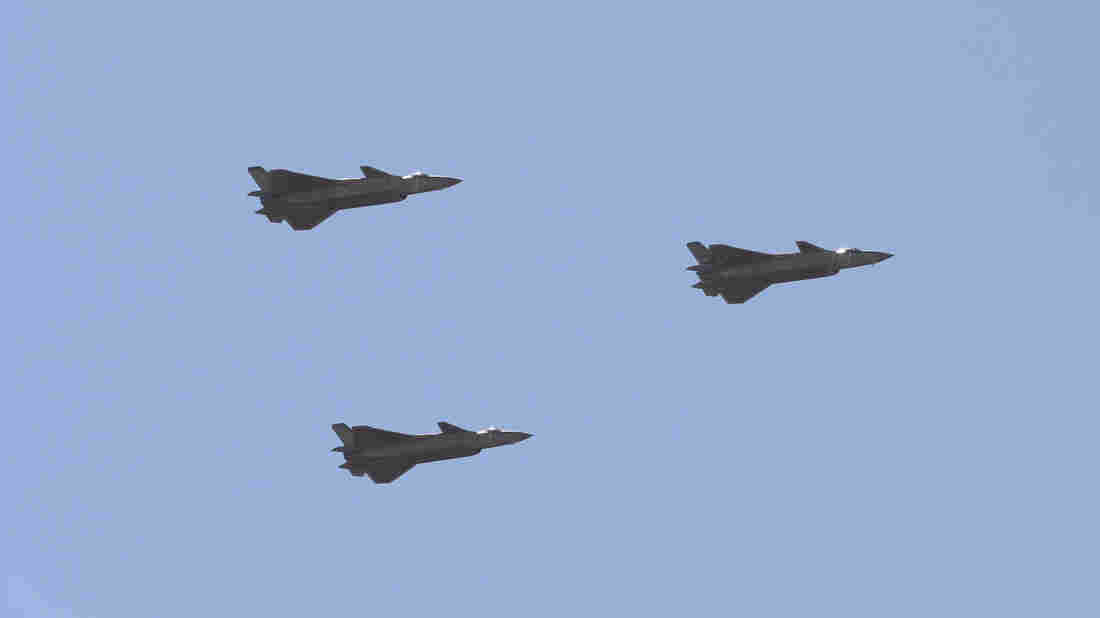 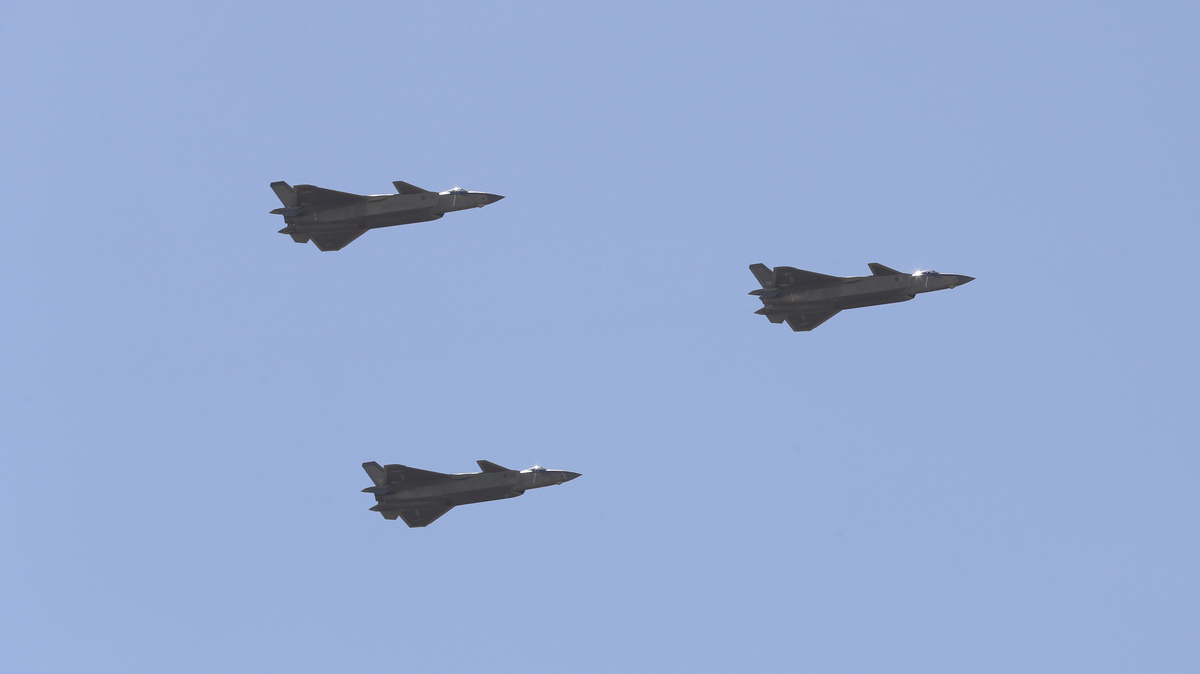 Chinese J-20 stealth fighter jets fly past during a military parade at the Zhurihe training base in China's northern Inner Mongolia region in July.

China on Monday announced the largest increase in three years to its defense budget, saying it would spend 8.1 percent more than the previous year as the country continues a push to modernize its military and expand its air and naval capabilities.

However, the official Xinhua news agency reports that the latest budget — made available ahead of the country's 13th National People's Congress (NPC) in Beijing — marks the "third time for the growth rate to dip into the single digit since 2011, following 7.6 percent in 2016 and 7 percent in 2017."

Only the U.S. outpaces China in military spending, with Washington's defense outlays running about four times Beijing's, according to the London-based International Institute for Strategic Studies (IISS).

The new military budget comes as the NPC is expected to abolish term limits for China's President Xi Jinping, a move that hearkens back to the era of autocratic rule under Mao Zedong and was signaled in October when Xi broke with precedent and failed to name a successor at China's Communist Party Congress.

USS Carl Vinson Will Spend The Next Few Days In Da Nang, Vietnam

It also comes amid increased tension with the U.S., as Washington beefs up its naval presence in the South China Sea and Beijing has shown an increasing willingness to flex its muscles there, much to the chagrin of many of its maritime neighbors.

"Steady and appropriate growth of defense spending is necessary because the Chinese armed forces have been modernizing to keep up with the country's development ...

A large part of the increased spending is for upgrading equipment, supporting military reforms and improving the welfare and training conditions of servicemen and women, Chen said."

In a statement last month, IISS Director-General John Chipman cited China's and Russia's resurgent militaries as "challenging the global predominance of the United States and its allies."

"[While] a great power war is not inevitable, states are systematically preparing for the possibility of conflict," he said, adding that China's "land and naval forces are modernizing and progress in defense aerospace remains remarkable."

Among other things, Chipman said, by 2020, China was likely to field its Chengdu J-20 stealth fighter jet, effectively ending the U.S. monopoly on such combat aircraft.